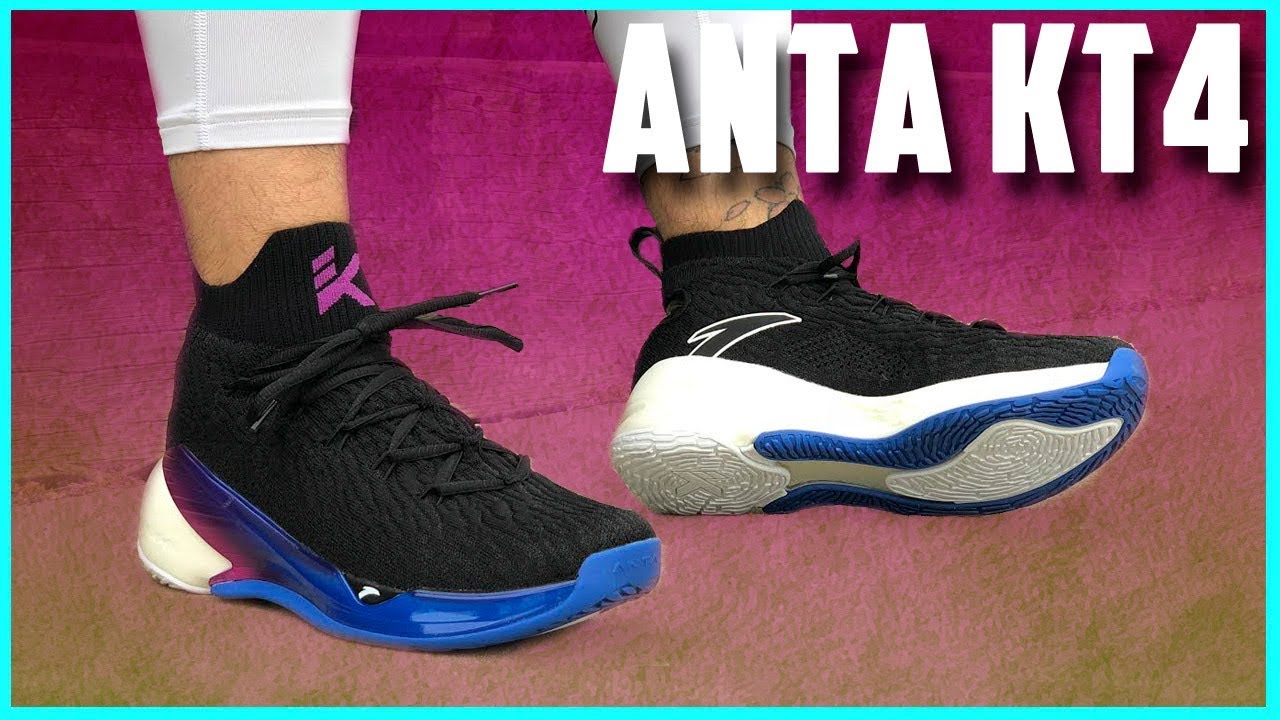 ANTA and Klay Thompson have officially launched the KT4 overseas and we’ve got a pair in-hand to show you all the details.

I started testing the ANTA KT4 after this video review was recorded and I’m very happy with the shoe on-court (many more details to come in the performance review).

The ANTA KT4 offers a full-length A-Flashfoam that is very bouncy underfoot. Initially, I thought it was a PU based foam, but after further inspection I’m starting to wonder if its ANTA’s own version of an ETPU that brands like adidas, Puma, and Li-Ning are currently using.

The upper is comprised of a full knit but the design looks nearly identical to that of the Nike LeBron 15. Visually, I do like how both shoes look. However, I’d prefer that the ANTA KT4 had its own aesthetic identity — especially since we’re in an age where the majority of comments nowadays are “the shoe looks like…”

If you were looking to try a pair of the ANTA KT4 out yourself you can grab the shoe now at Famuji Sneaker — use code WEARTESTERS for a small discount at checkout.