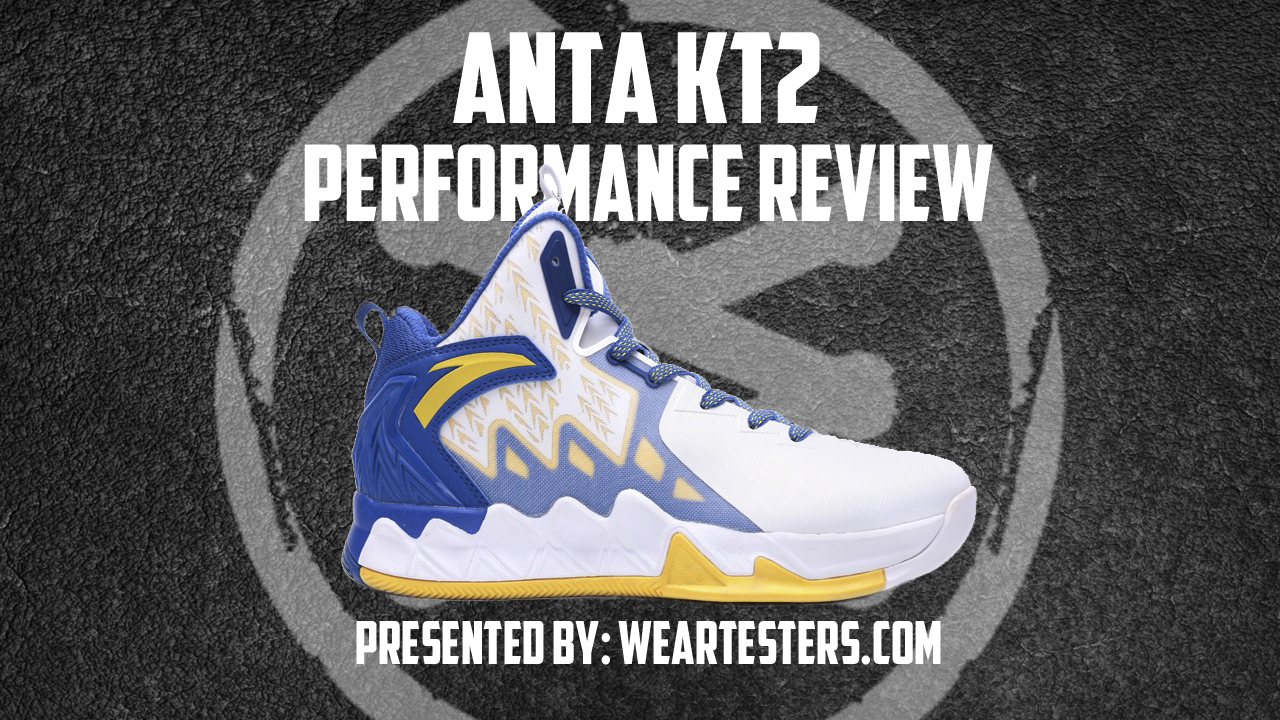 ANTA gave Klay Thompson an upgraded version of the KT1 for his second signature shoe — and they perform better than you’d think.

Traction – The traction on the KT1 was solid, but ANTA was somehow able to up the ante with the KT2. I believe it’s a combination of a great pattern — herringbone is always an excellent choice — and a really sound rubber compound. There is nothing special about the outsole of the ANTA KT2 while looking at it, but it plays special which should really be the focus when designing an outsole meant to grip the floor while enduring multiple changes in direction.

Outdoor players will enjoy the KT2 as well as it’ll hold up and grip well without issue. There is an ANTA KT2 Outdoor model — we’ll be testing it in the near future — but if you wanted to play in the main model outdoors then you’ll be able to without worry. 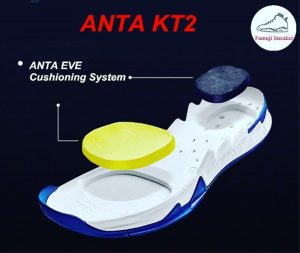 Cushion – ANTA used a basic slab of EVA foam for the KT1’s midsole setup, and much like the traction, it has really improved things with the cushion on the KT2. The brand is calling the setup ANTA EVE, and while it isn’t anything groundbreaking, it’s really comfortable and it works. In a nutshell, ANTA is still using the basic EVA midsole as the stable platform to work with, but at the heel and forefoot have been upgraded with two different density foam pads. This is how Lunar Foam used to be implemented — Cushlon, Podulon, Podulite, Li-Ning’s BOUNSE and CUSHION tech etc. — the list can go on. ANTA went from being basic to finally catching up to what everyone else has been doing. Granted, ANTA is an affordable brand in China so it was never meant to be groundbreaking; rather, it is simply supplying the public with quality footwear at an affordable price. With the acquisition of Klay Thompson, things have changed and the brand has quickly caught up to modern times.

These went from a “well, these are surprisingly nice” to a “I’m not really enjoying the cushion in the CP3.X tonight so I’ll switch into the KT2”. 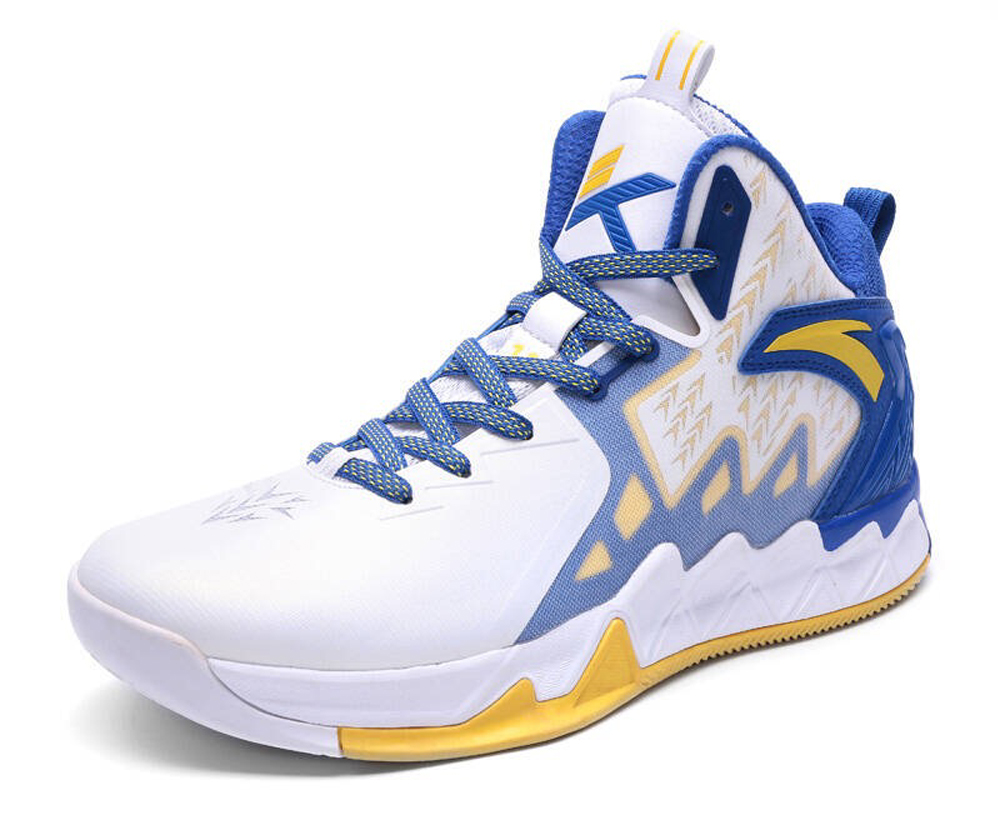 Materials – Nothing has changed between the KT1 and KT2 in terms of materials. They both feature Fuse and mesh…but mostly Fuse. While Fuse is not my personal preference, it gets the job done and it’s durable as hell. These have taken a beating on-court and if I were to actually clean my shoes (which I find no point in doing when they’re just for basketball) then they’d still look brand new. The upper moves well with your foot while containing it properly. No complaints at all. 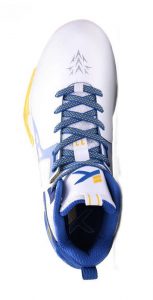 Fit – The fit is a little snug, especially if you’re wide-footed. After playing in my pair over the last few weeks I’ve grown to love how they fit me in my true size. So, I’d recommend going up 1/2 size for those that don’t enjoy a super snug fit, otherwise go TTS.

Lockdown is solid on the shoe as well. Again, no complaints. Nothing over the top, nothing special. The ANTA KT2 just gets the job done. And that’s exactly what you want in a hoop shoe — you need them to get the job done. If they don’t then, well, they’d be useless. 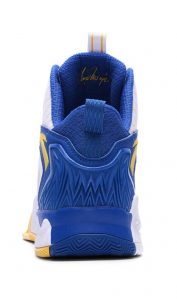 Support – The support is another aspect that gets the job done, and gets the job done well. There is a TPU support shank at the midfoot for torsional support, while the TPU heel counter keeps the heel from sliding or shifting off of the footbed. Having Fuse along the upper ensures containment is never a problem, and the outrigger is more than enough to keep you covered upon lateral movements. I believe I said this with the KT1 performance review, and I’ll say it again. The KT line, so far, is similar to the Hyperdunk line in that it’s a good all-around shoe for every position on the floor. 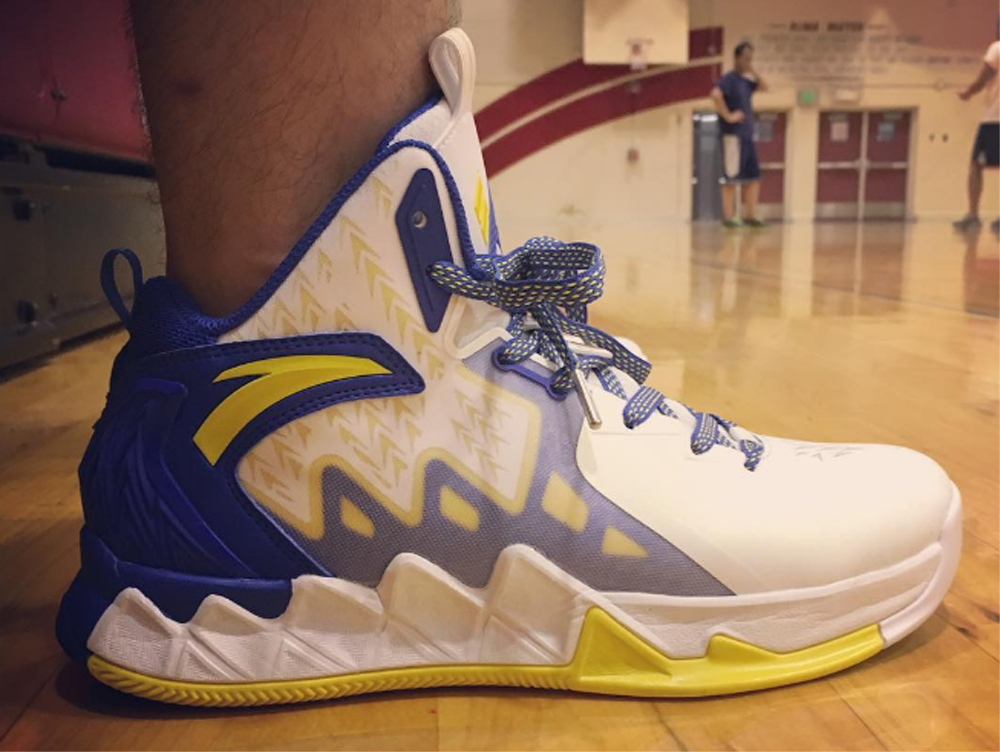 Overall – I was expecting much of the same from the ANTA KT2 as it looked similar, in all aspects, to the KT1. However, I was very surprised to find that the traction was tackier and more durable than the original model, and the cushion was way better than the last model’s. This might be the most comfortable Chinese brand shoe I’ve ever played in — actually, I think it is. It isn’t t soft, but also not firm. It’s just right. The KT2 has enough of everything to make them a great option on-court, and it comes in at a reasonable price as well — even more reasonable if you live in China.

If you’re ever curious about Chinese shoe brands, or any brand other than what you’re used to, then I’d recommend trying the ANTA KT2 out. I think you’ll be surprised with how well it plays. I’d also recommend just trying new things in general. You’ll never know what awesomeness could be out there if you only stick with what you know. I mean, you’ll only ever be certain if what you know is what you want after you’ve tried everything else to make sure.

You can purchase the ANTA KT2 from the following retailer for those interested. 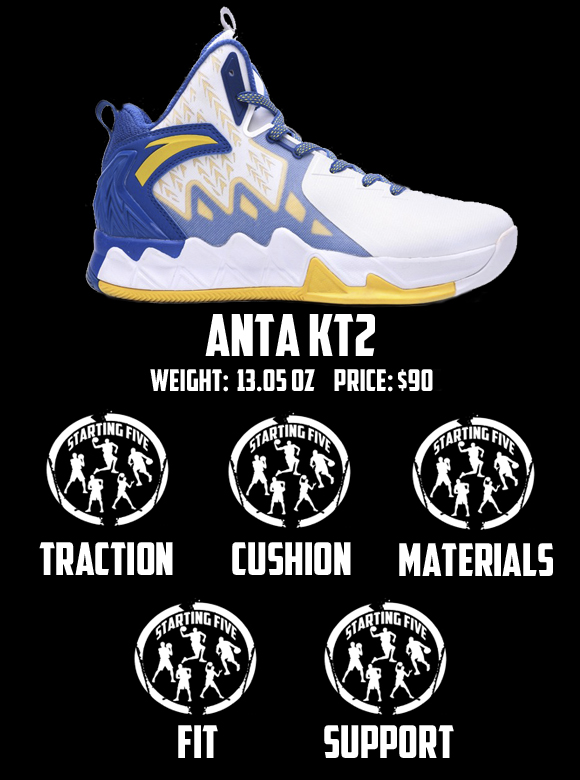