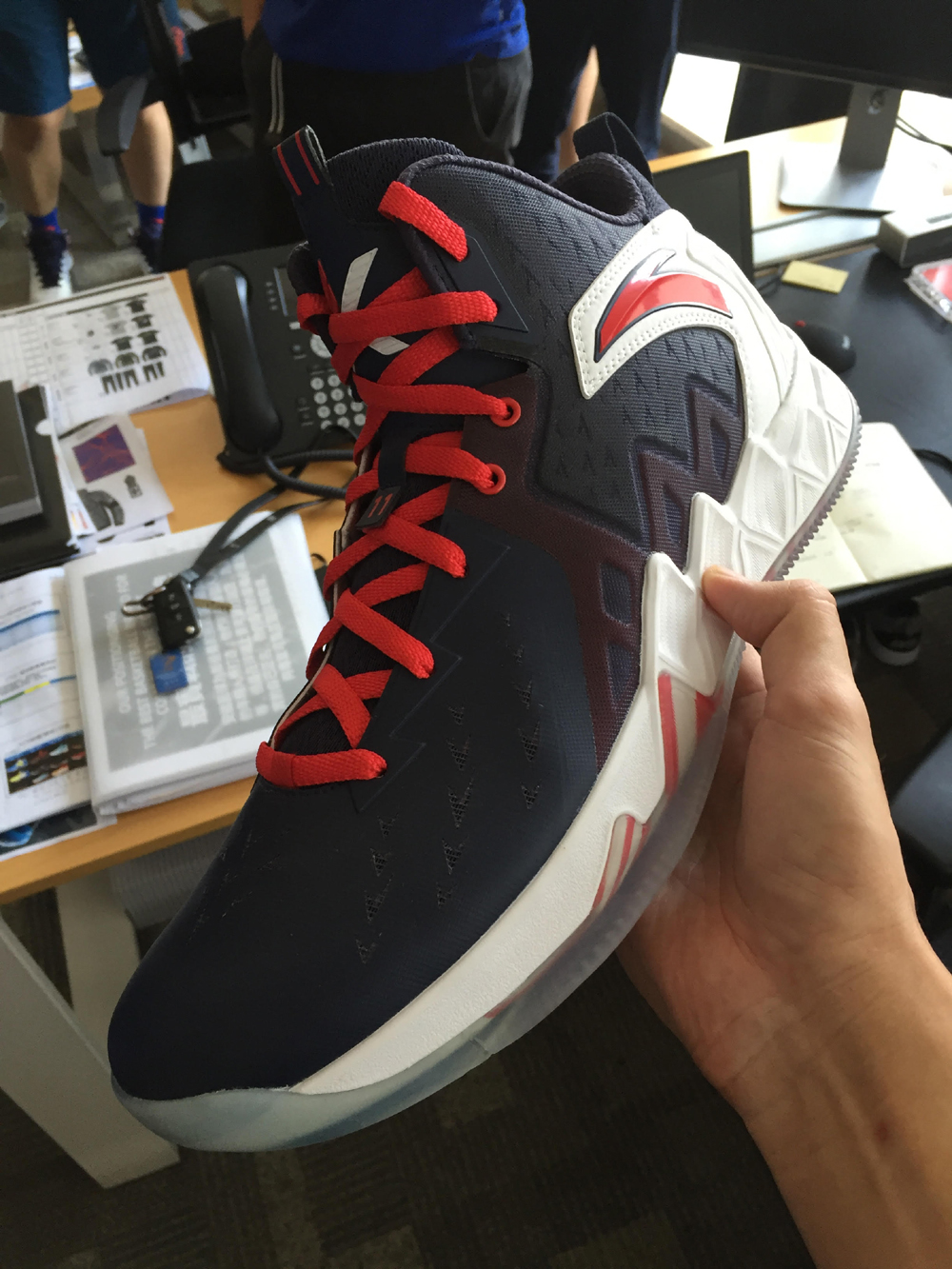 ANTA is hard at work preparing numerous color options for the ANTA KT 2.

This is a USA-themed version, and while the Olympic Games are over, it’s still nice to see color options apart from the Dub Nation versions for those that don’t enjoy Warriors colors. This is the regular version of the upcoming ANTA KT 2, you can see the Playoff edition here.

The mesh and Fuse combination remain a feature on the forefoot while the rear section of the shoe looks to feature foam reinforcement similar to what’s used on Nike’s current line of hoop shoes. Not much is known about the KT 2 at the moment but we expect to have official specs on the model along with release information soon.

In the meantime, let us know how you feel about the ANTA KT 2 below in the comment section.