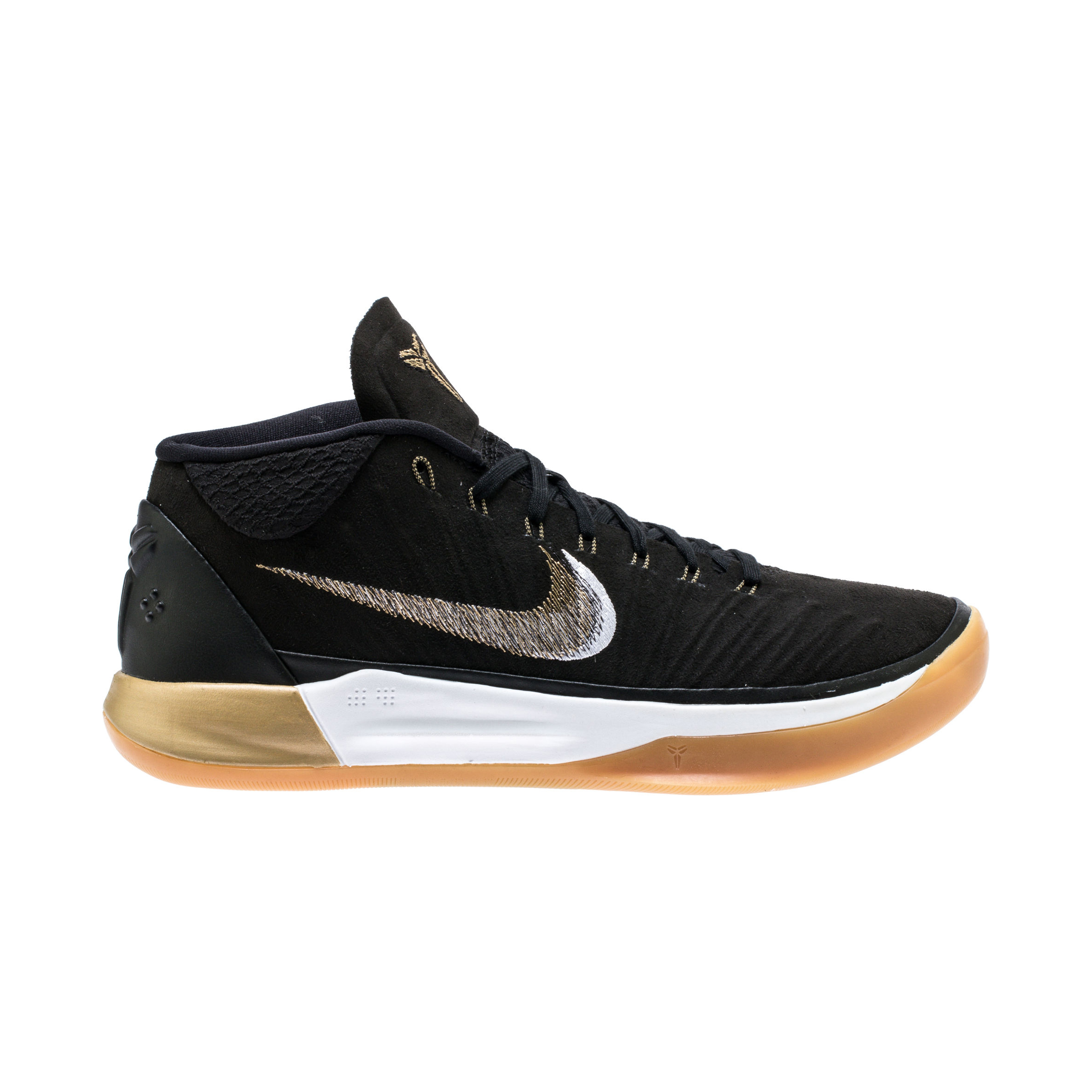 Back in October, WearTesters reported on a suede colorway of the Nike Kobe AD Mid with a black upper and gum bottoms. Now, another suede colorway is dropping soon and it is very, very similar to what has previously released.

What differentiates this colorway from the previous one is that it does not feature a speckled midsole. The Swoosh, logos, and branding are done up in gold instead of magenta/salmon from the previous build, and there is more gold in the midsole, near the heel.

Apart from that, tech-wise, everything should be the same as previous Kobe AD Mid. A Lunarlon midsole is used, along with a large-volume Zoom Air unit in the heel for better cushioning than the original Kobe AD. Traction-wise, the shoe should be up to par because of the gum bottoms.

For more information of how this shoe performs on-court can check out Nightwing2303’s Nike Kobe AD Mid Performance Review and Anotherpair’s review here.

The Nike Kobe A.D. Mid ‘Black/Gold/Anthracite/Gum’ is set to release on June 1 for $150. You can find this particular colorway over at Eastbay.com on release day; it will drop on the same day as another Kobe model, the Kobe AD NXT 360 ‘Yellow Strike’.

Do you prefer the original Kobe AD or this iteration of the Kobe AD? Share your thoughts in the comment section below. 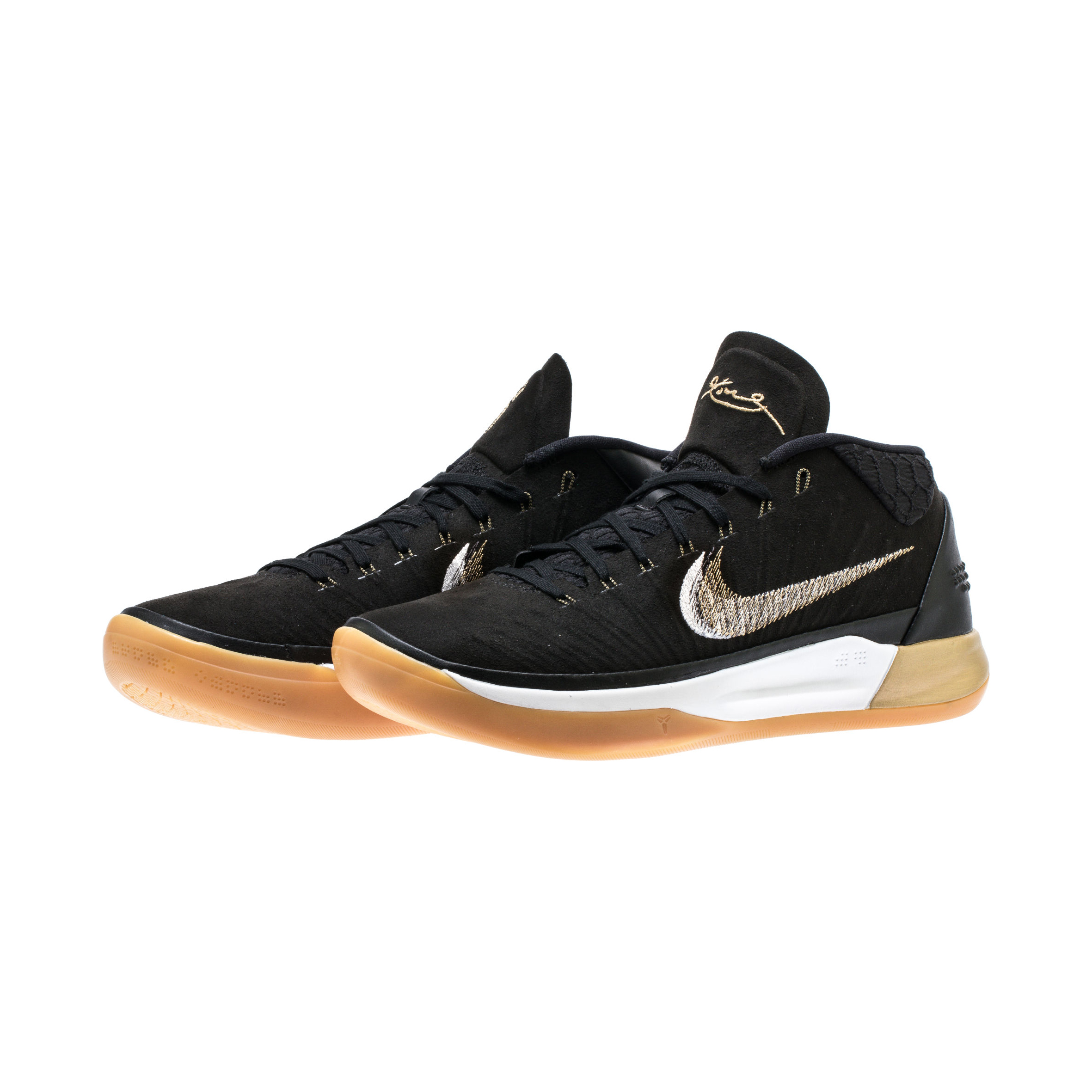 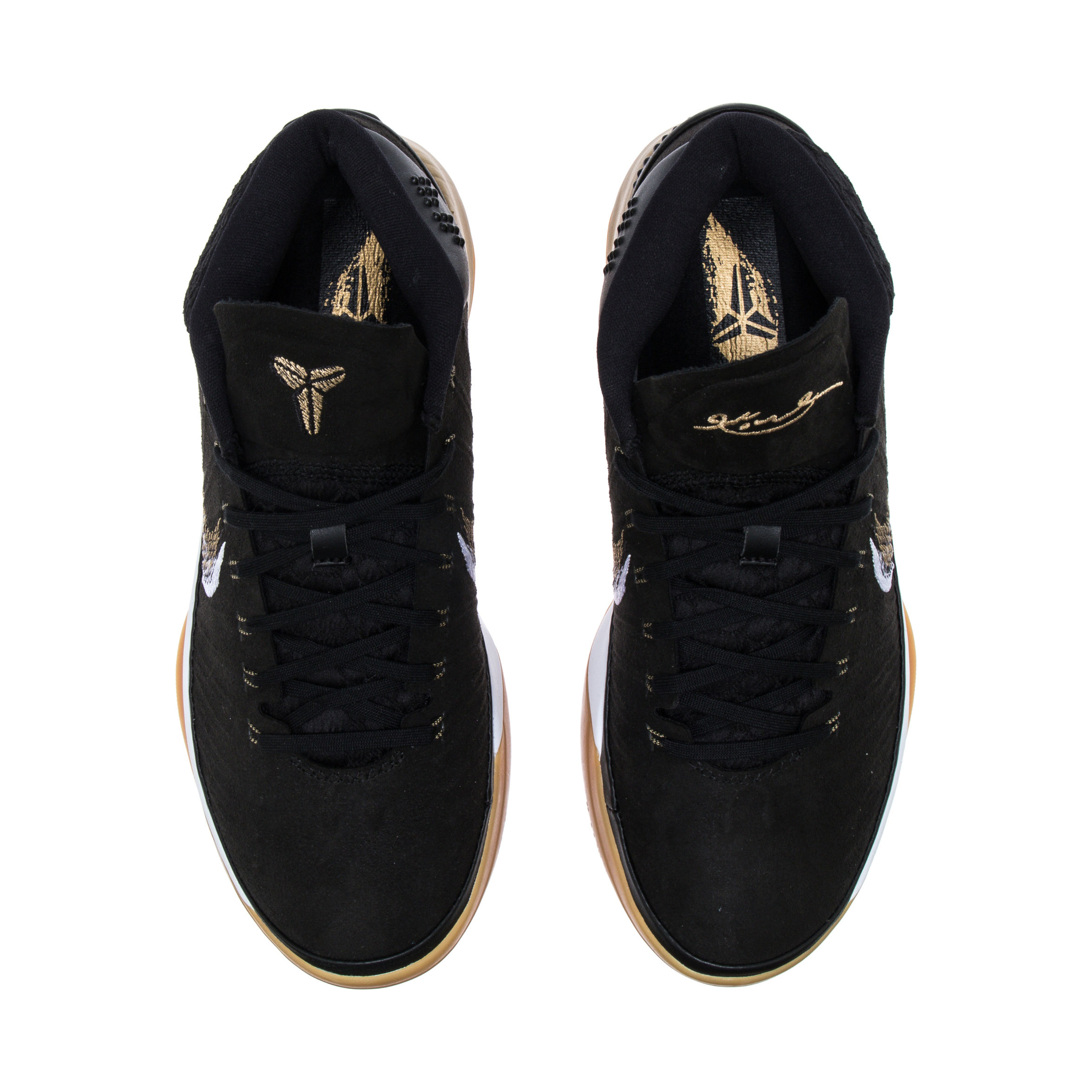 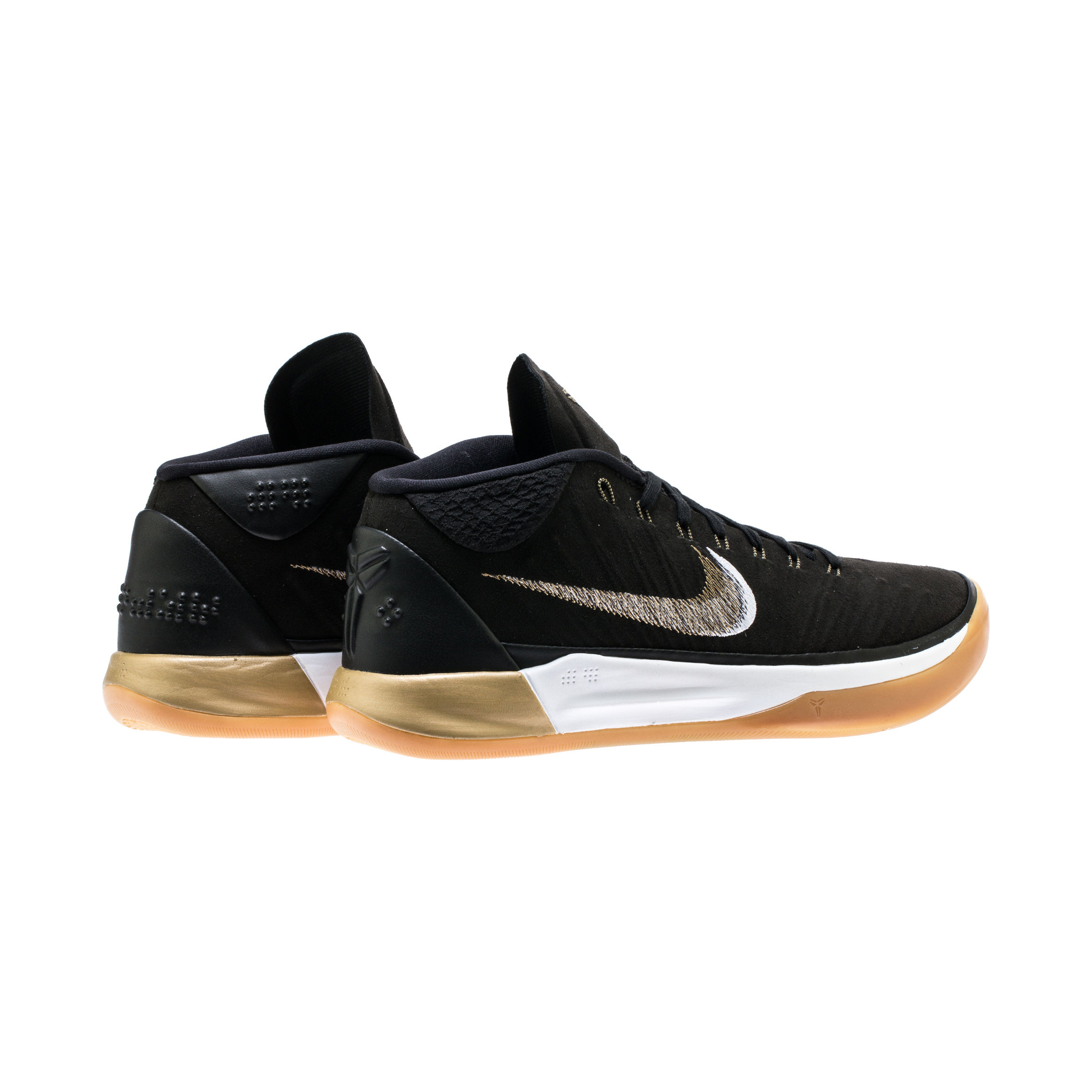 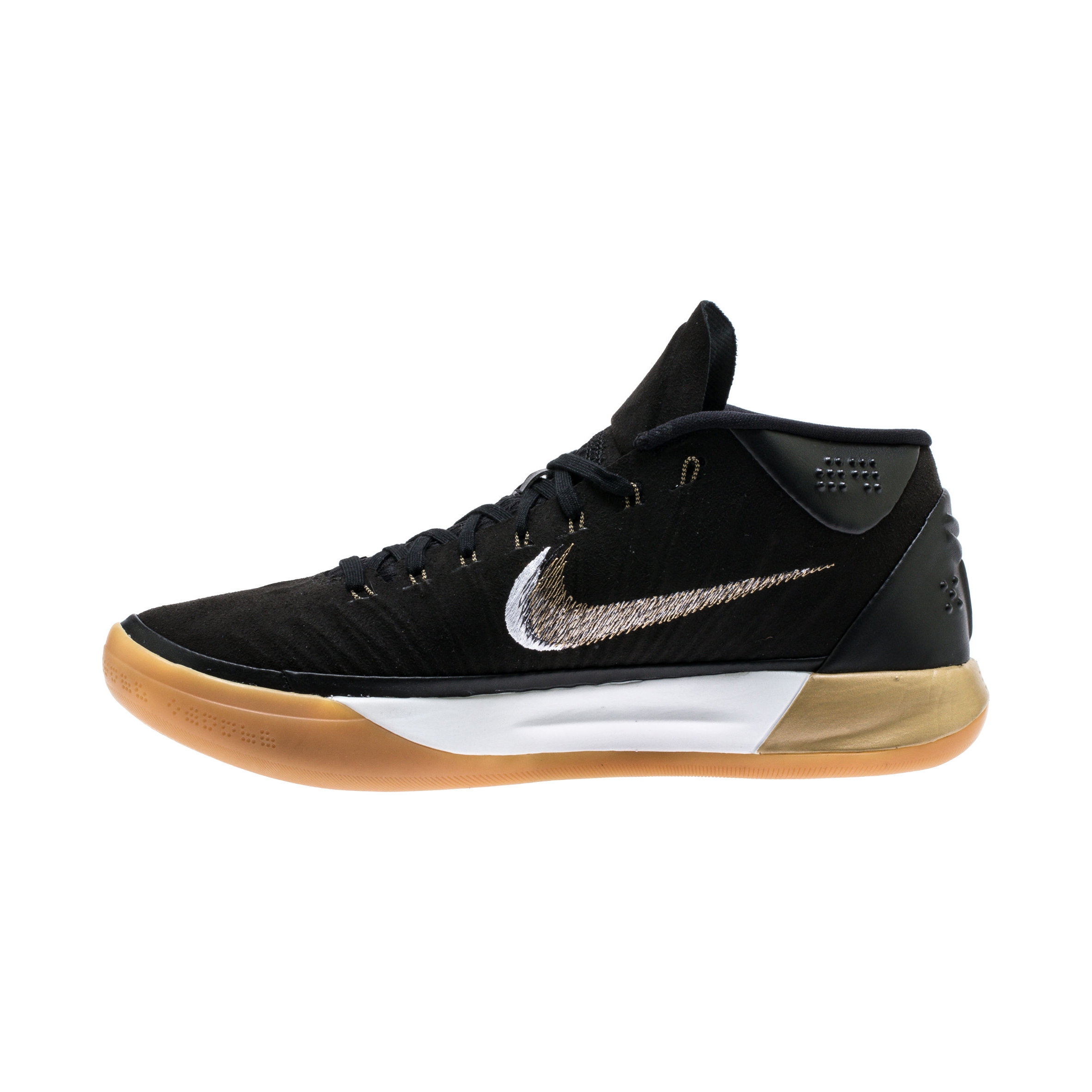 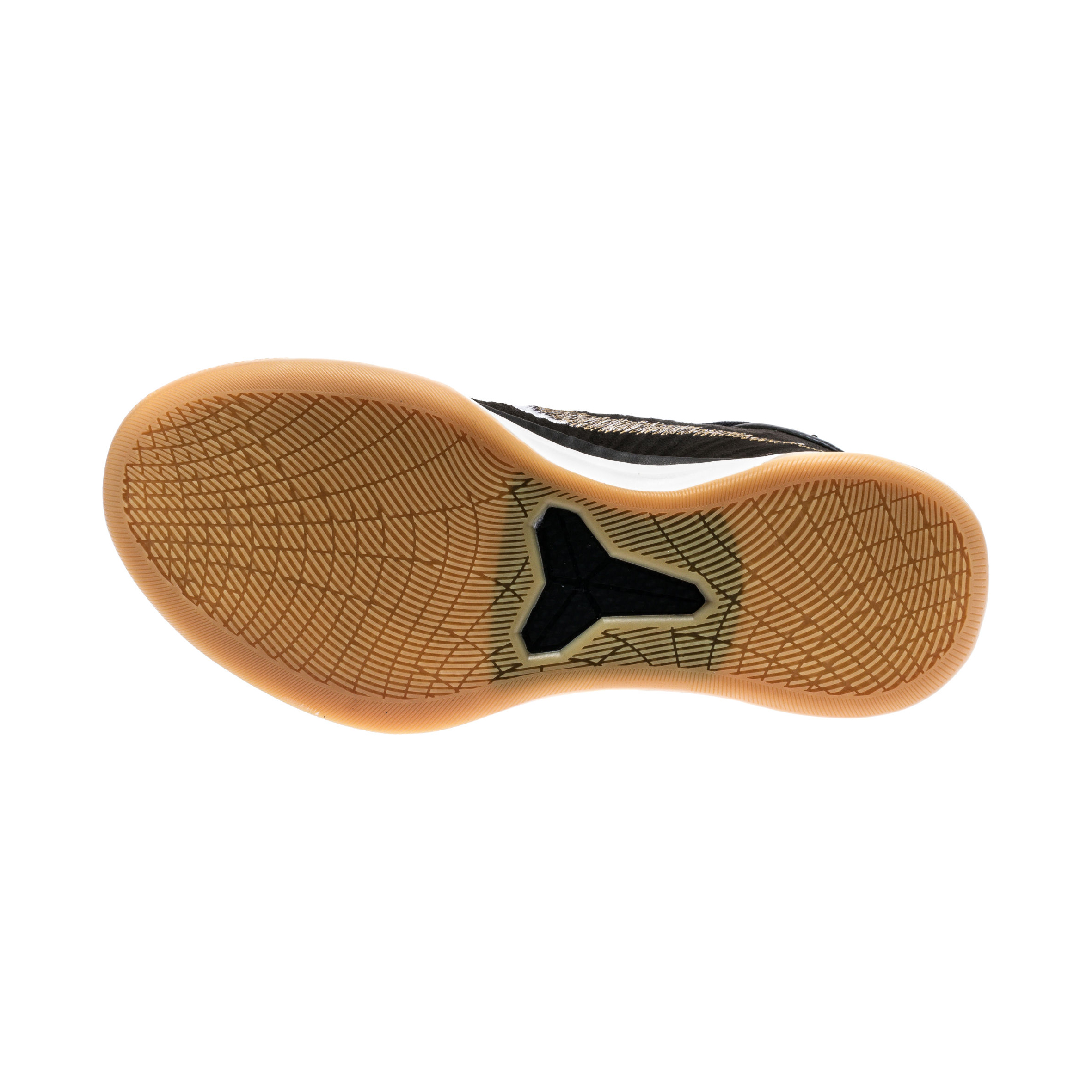