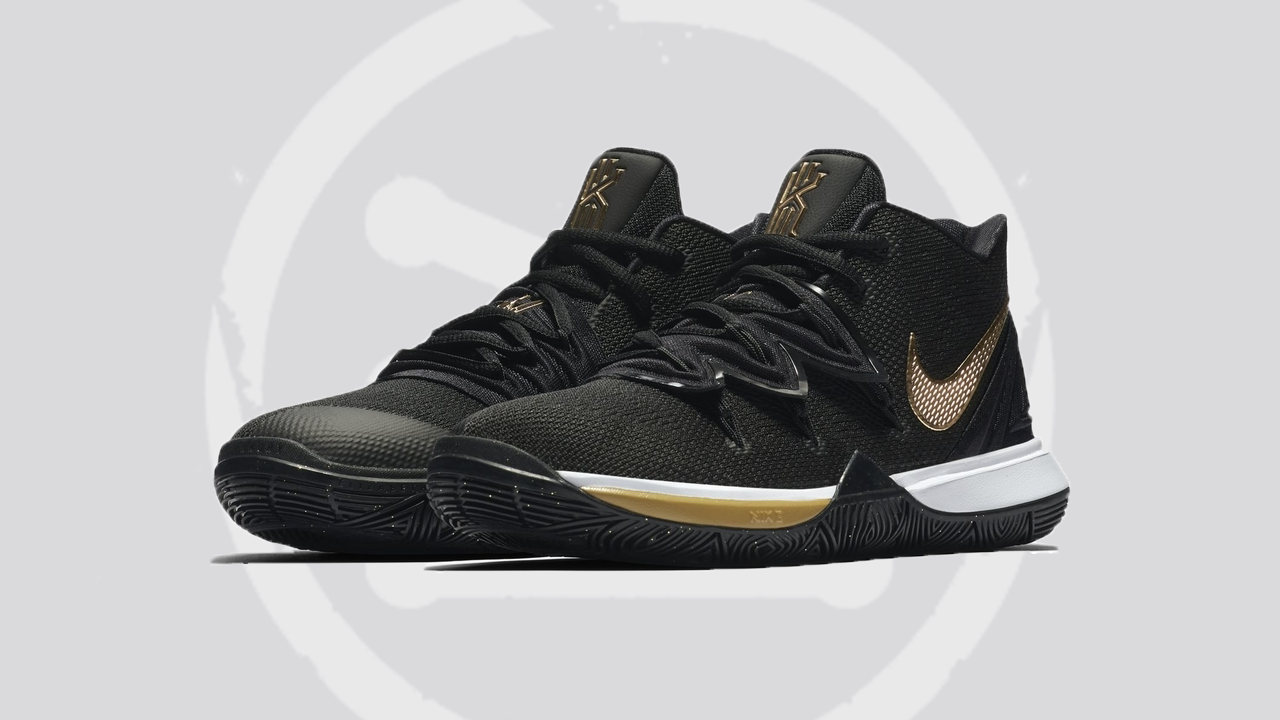 Although Kyrie Irving’s season with the Boston Celtics ended earlier than expected, colorways for the Nike Kyrie 5 are still coming.

Building off of the success and playability of the Nike Kyrie 4, Nike decided to one-up themselves with the Kyrie 5 and so far, they have done so. The staff here at WearTesters agree that the Kyrie 5 is one of Irving’s better signature models to use on-court.

Unlike previous iterations in the line, the Kyrie 5 utilizes a Flytrap system on top of the black engineered mesh upper for containment. Underfoot, there is Nike’s new Air Zoom Turbo in the forefoot with a Phylon midsole. Lastly, there are hits of gold on the Swoosh and Irving’s logo on the tongue for a nice contrast.

Check out Nightwing2303 and Stanley T.’s performance review on Nike Kyrie 5 for more information on how the sneaker performed on-court. Also, check out the Nike Kyrie 5 deconstruction for an even deeper in-depth look at the tech specs of the sneaker.

The Nike Kyrie 5 ‘Black/Metallic Gold/White’ is releasing on June 16. It will be available in a range of sizes so expect the price to be anywhere between $110-130. They will be available at retailers such as Eastbay and Finish Line on release date.

Do you like the Nike Kyrie 5 and if so, do you like this colorway enough to cop it? Tell us what you think in the comment section below. 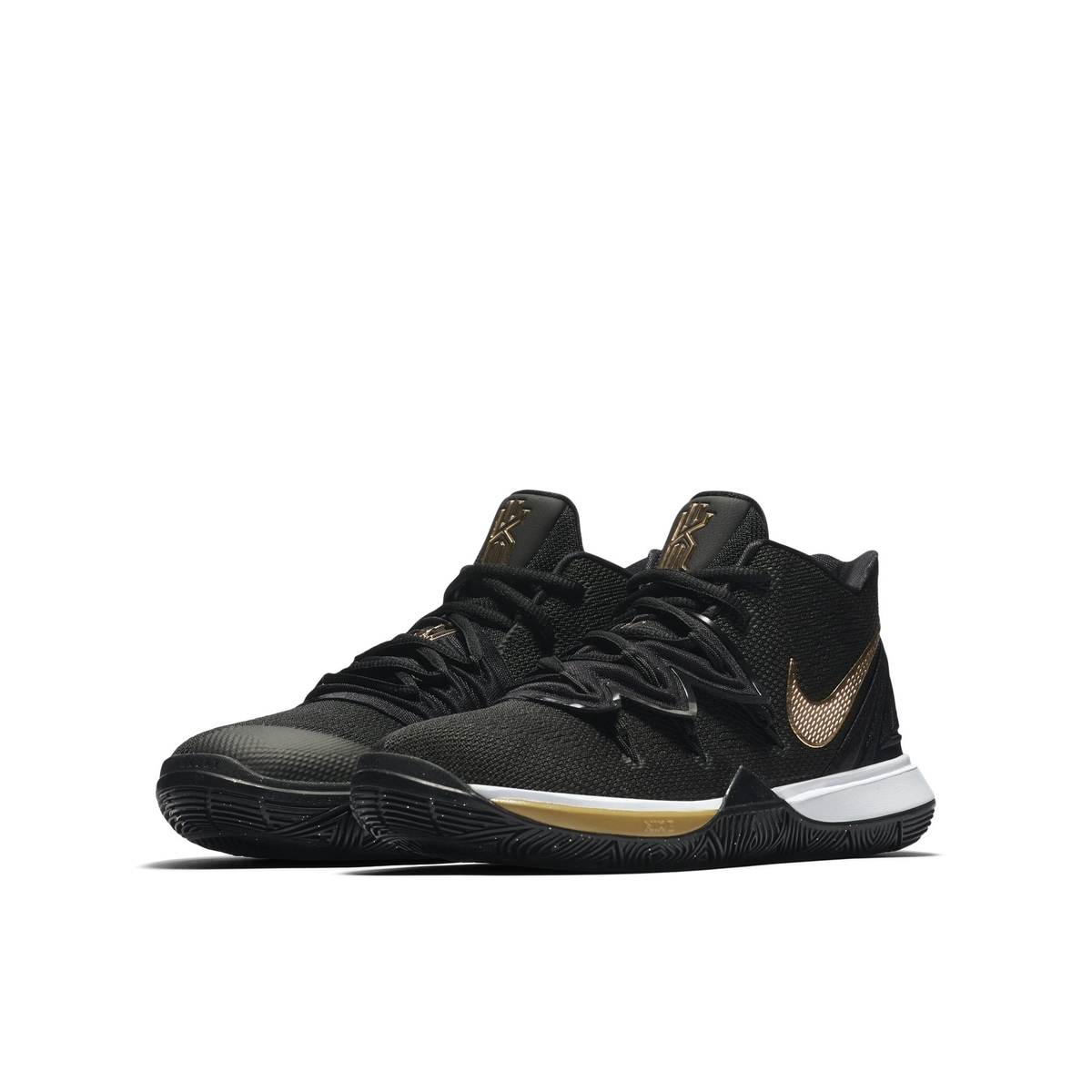 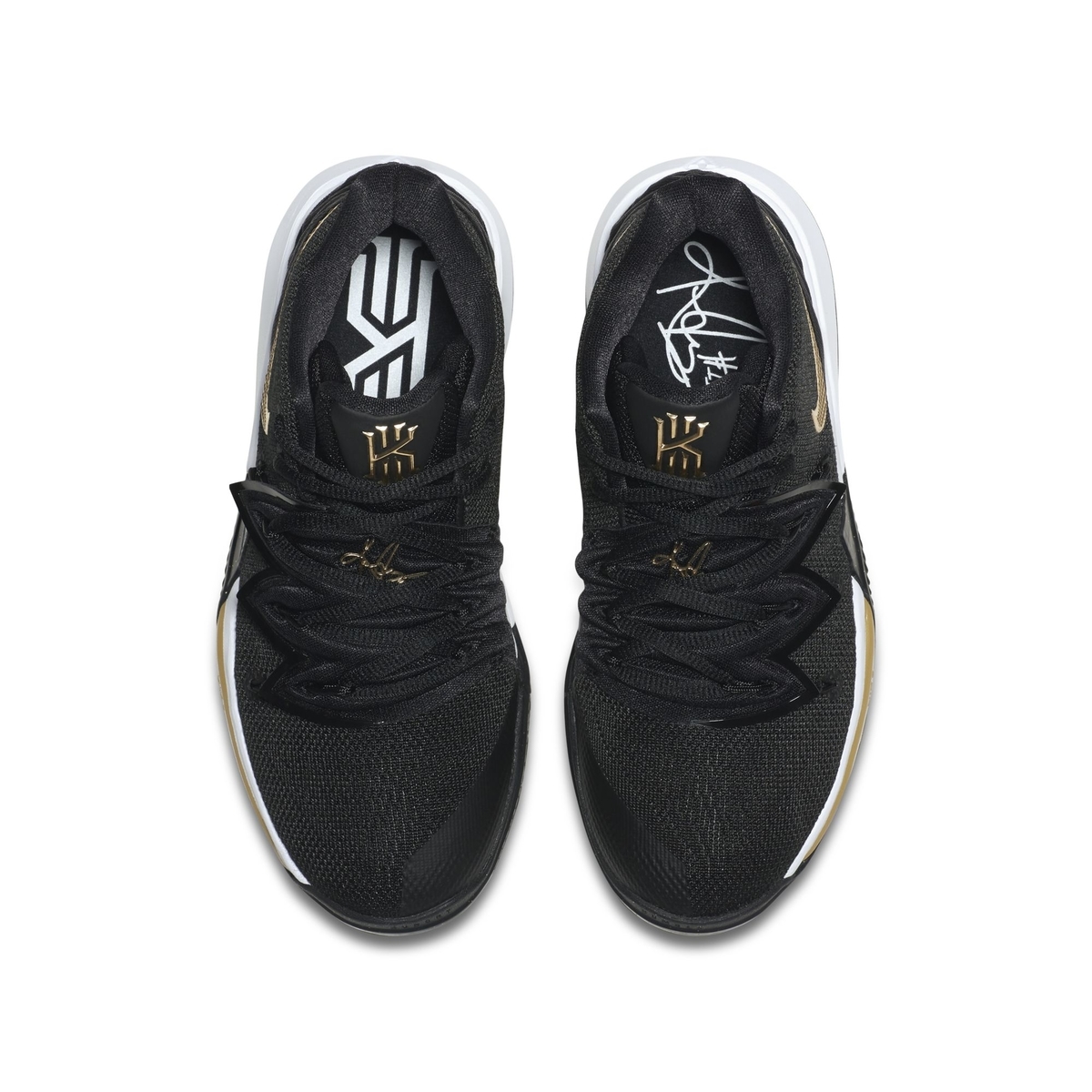 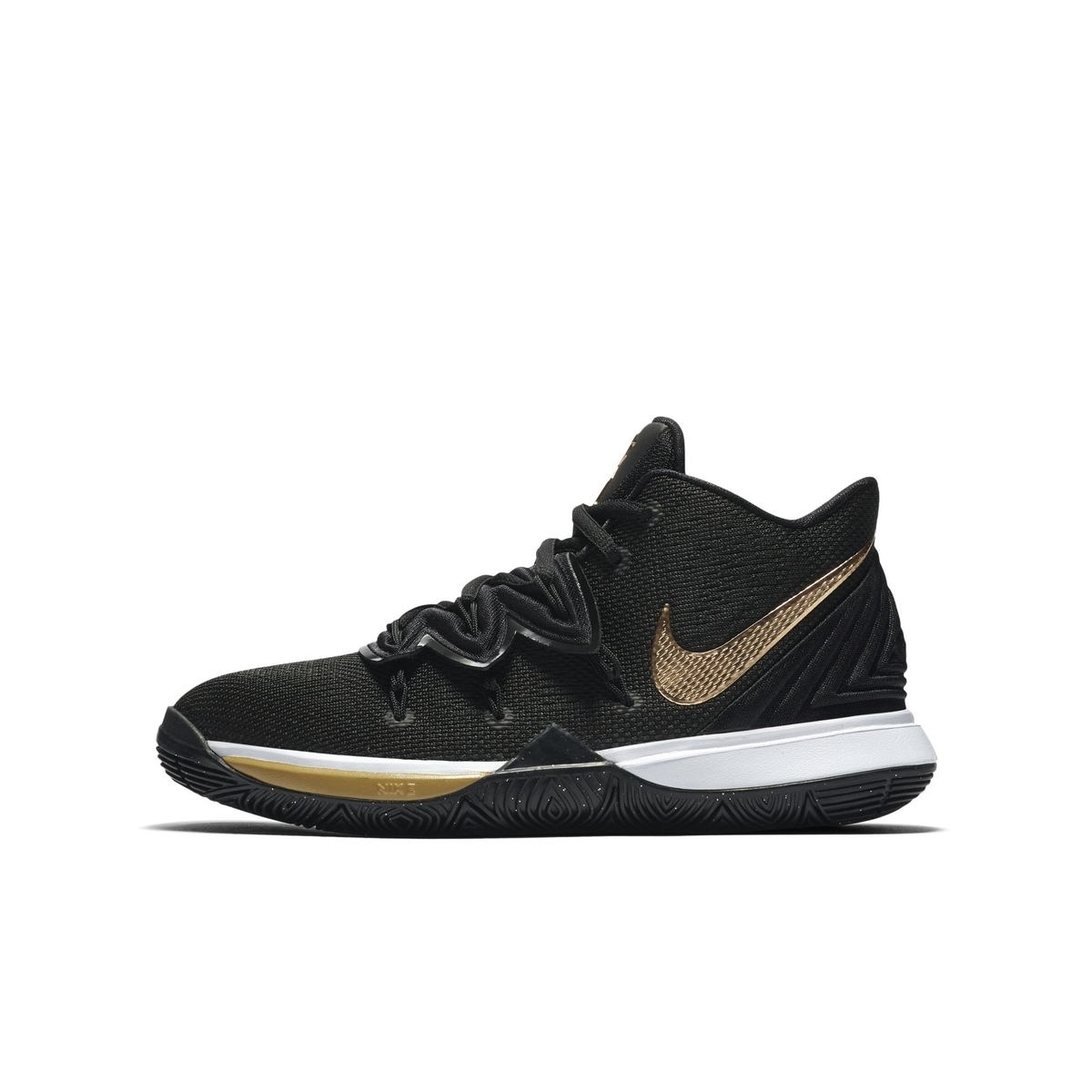 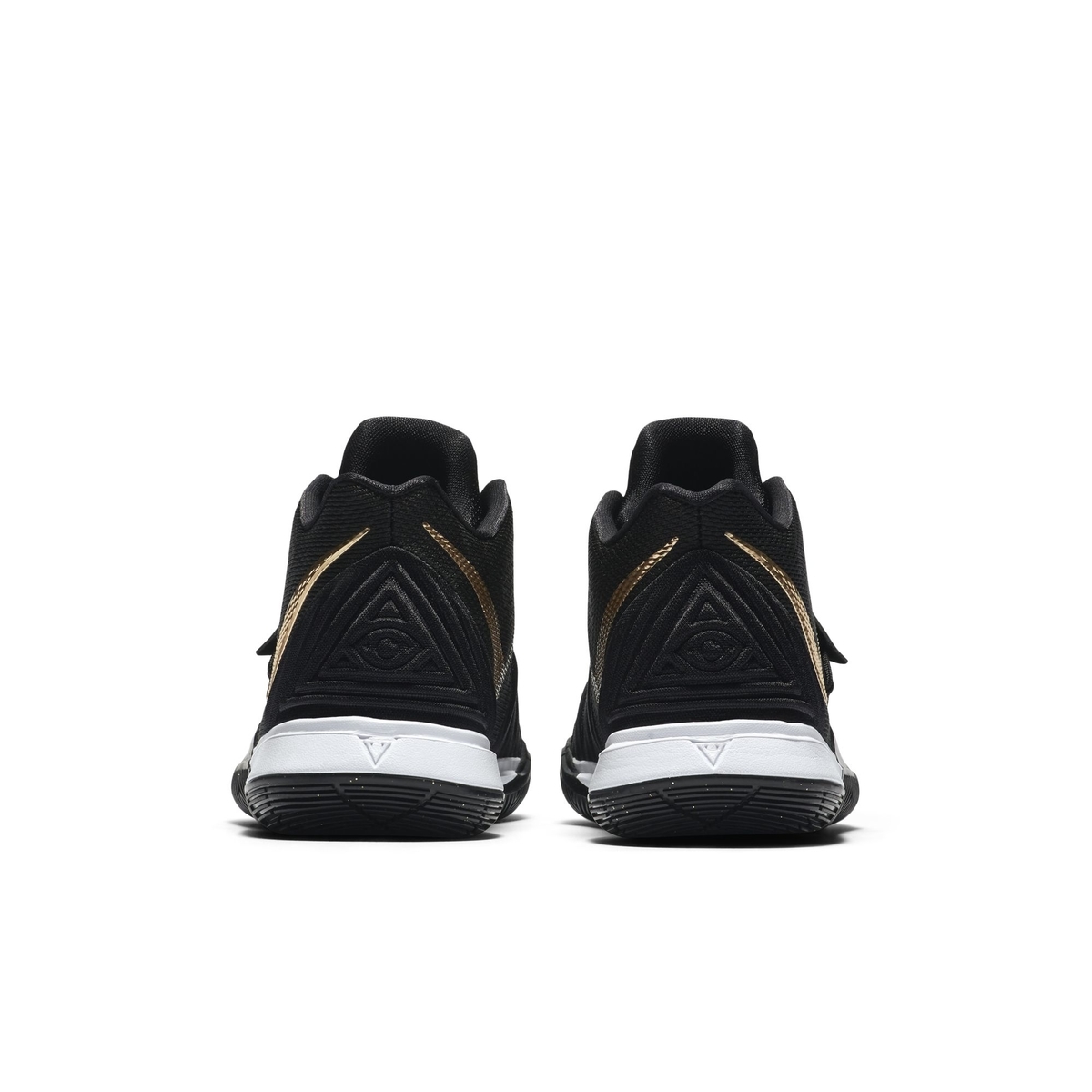 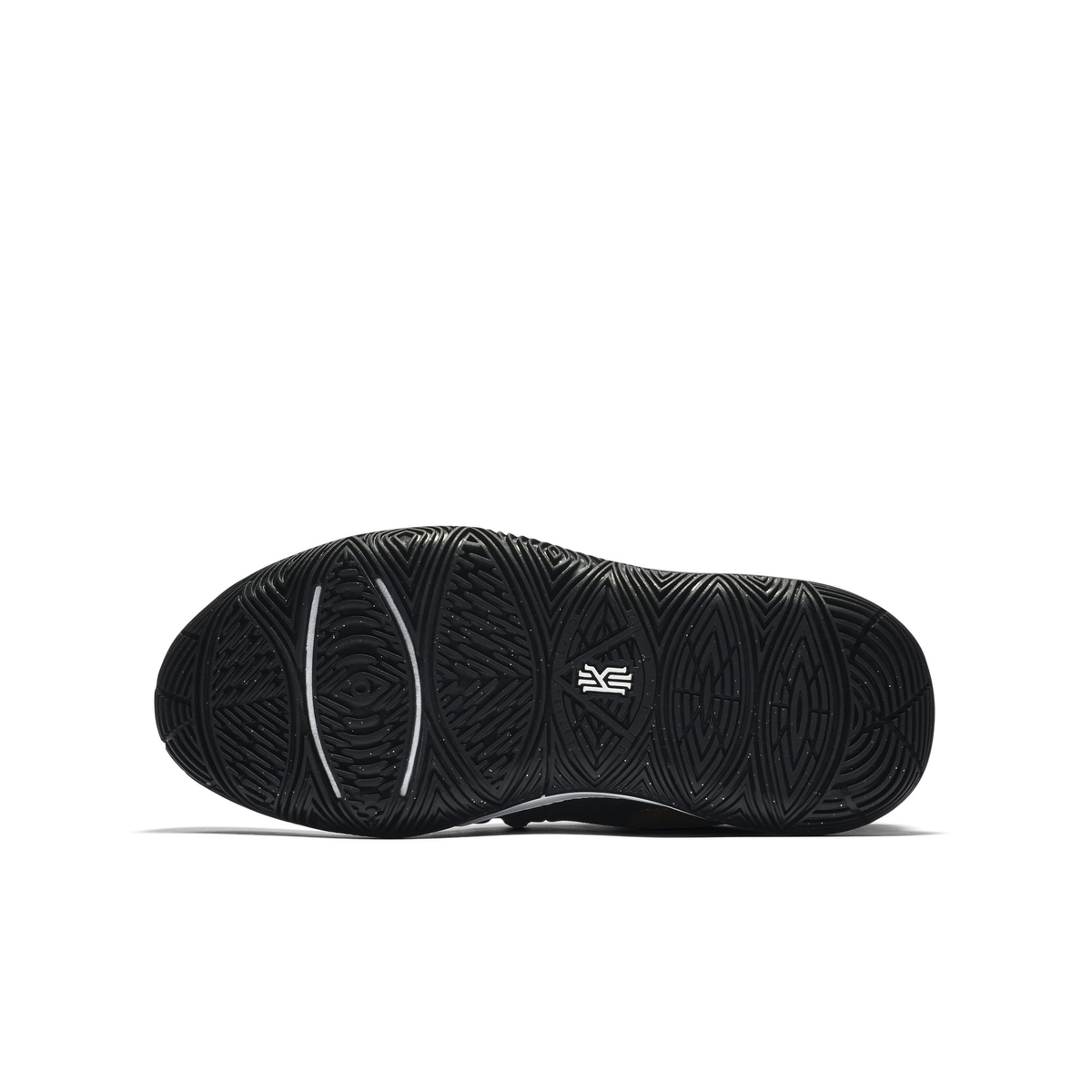