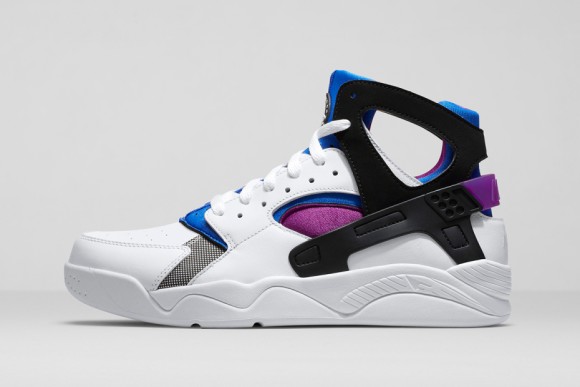 The shoe was supposed to release online early last year in September but has been delayed until now. The other original colorway in the Black/Lyon Blue Flight Huarache ended up releasing beforehand about a month ago.

Small cut outs near the toe should allow for some ventilation, as do the perforations on the toe. The traction consists of a deep herringbone, which could potentially hold up in outdoor conditions. The cushioning consists of a Phylon midsole, with an embedded air unit in the heel.

You can purchase the original Nike Air Flight Huarache now for $115 at the links below starting at 10am EST on June 12: