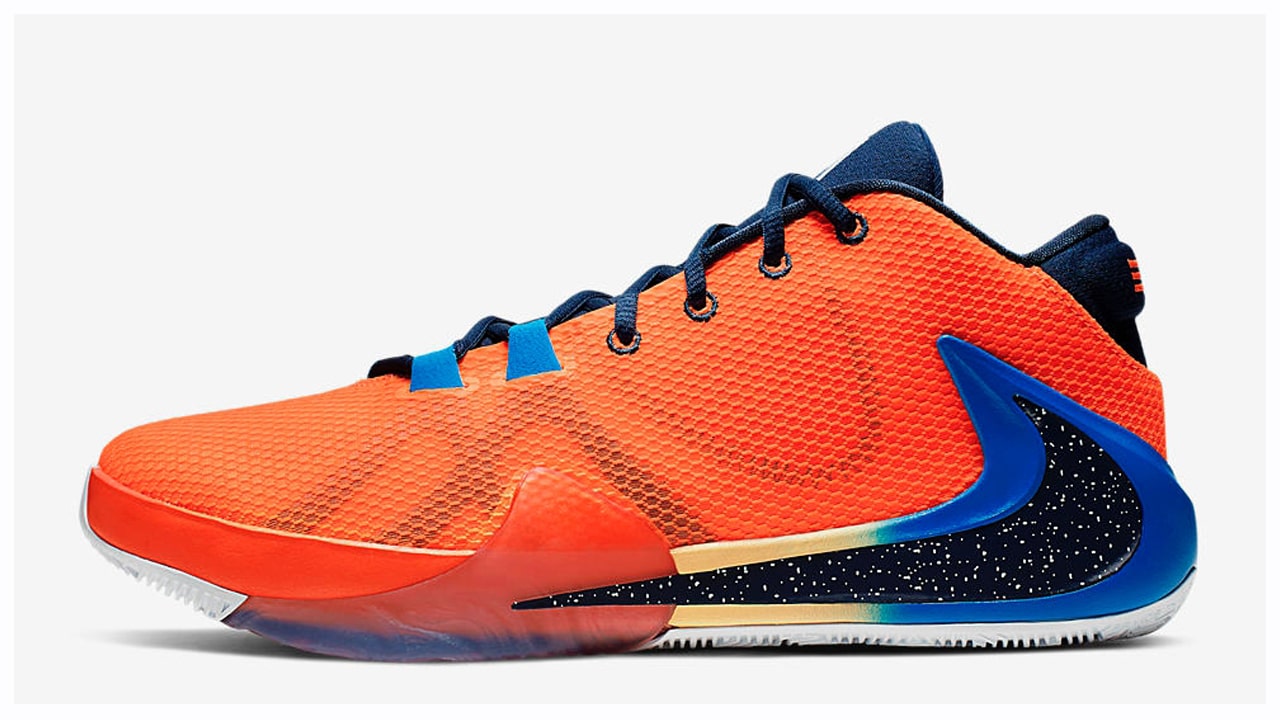 We have an official look at one of 2019’s most anticipated signature sneakers — the Nike Zoom Freak 1 — in the ‘Antetokounbros’ colorway.

The pair features a bright Total Orange build with Midnight Navy and White accents. This pairs midsole treatment looks awesome, and I love how you can see whats ‘under the hood’ in certain sections.

At the forefoot you can see the lacing structure branches out into a web on both the medial and lateral sides to secure the forefoot. I love a good snug fit in the forefoot so if the lacing aids in that then I might end up loving these things.

This colorway also shows off the textile build really well. I just hope that it’s not a Fuse upper hidden with a mesh layer on top of it — fingers crossed.

If you like what you see, the Nike Zoom Freak 1 ‘Antetokounbros’ is slated to release on June 29 for $120. 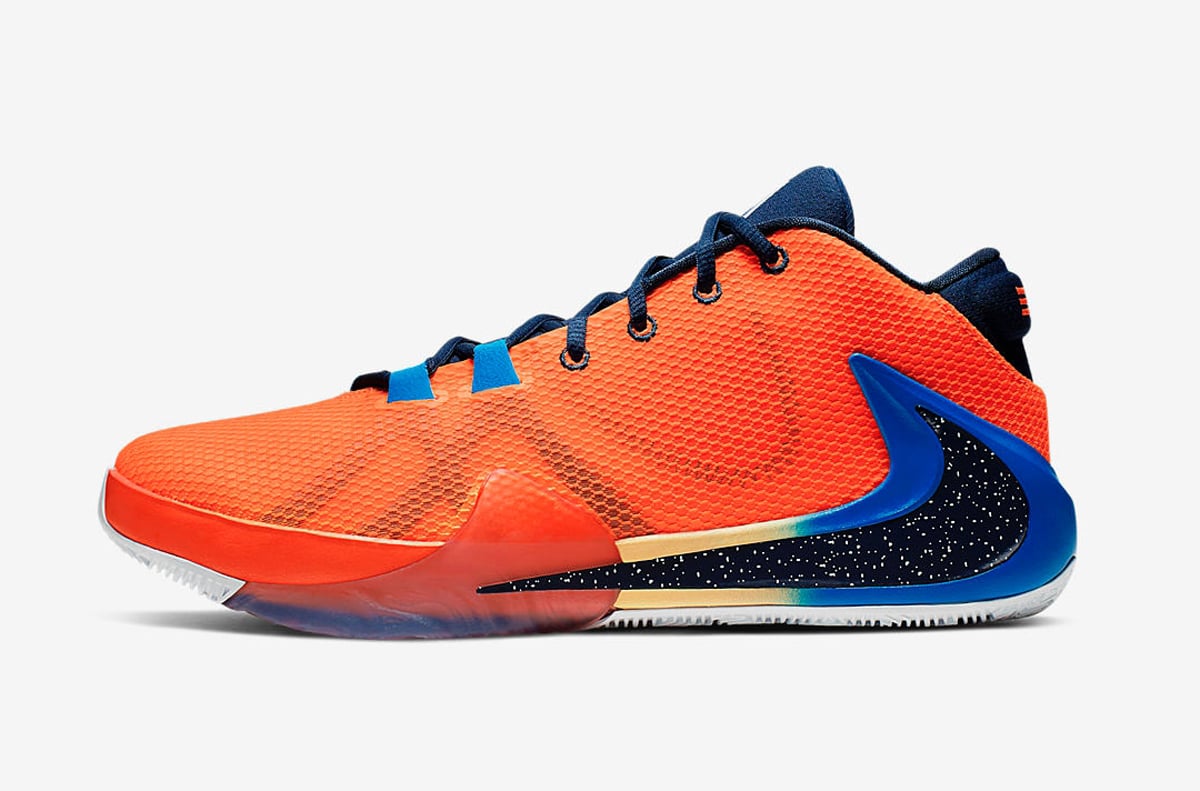 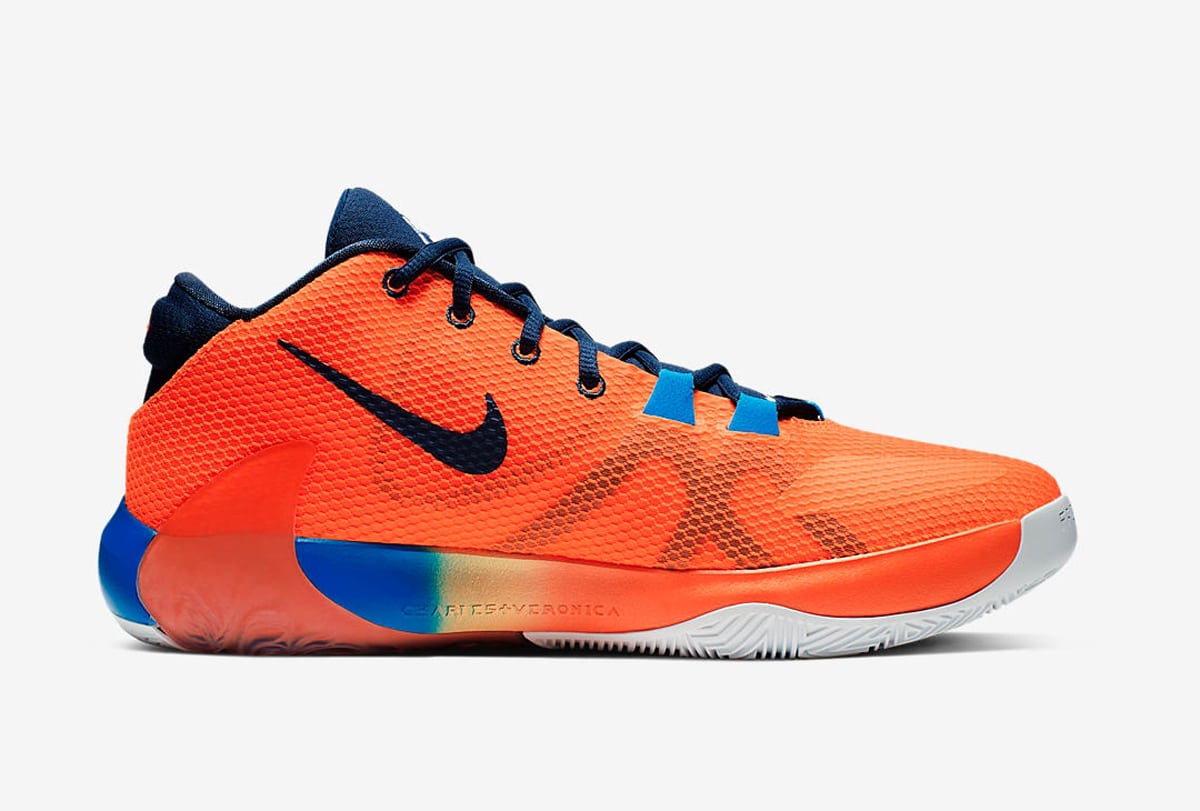 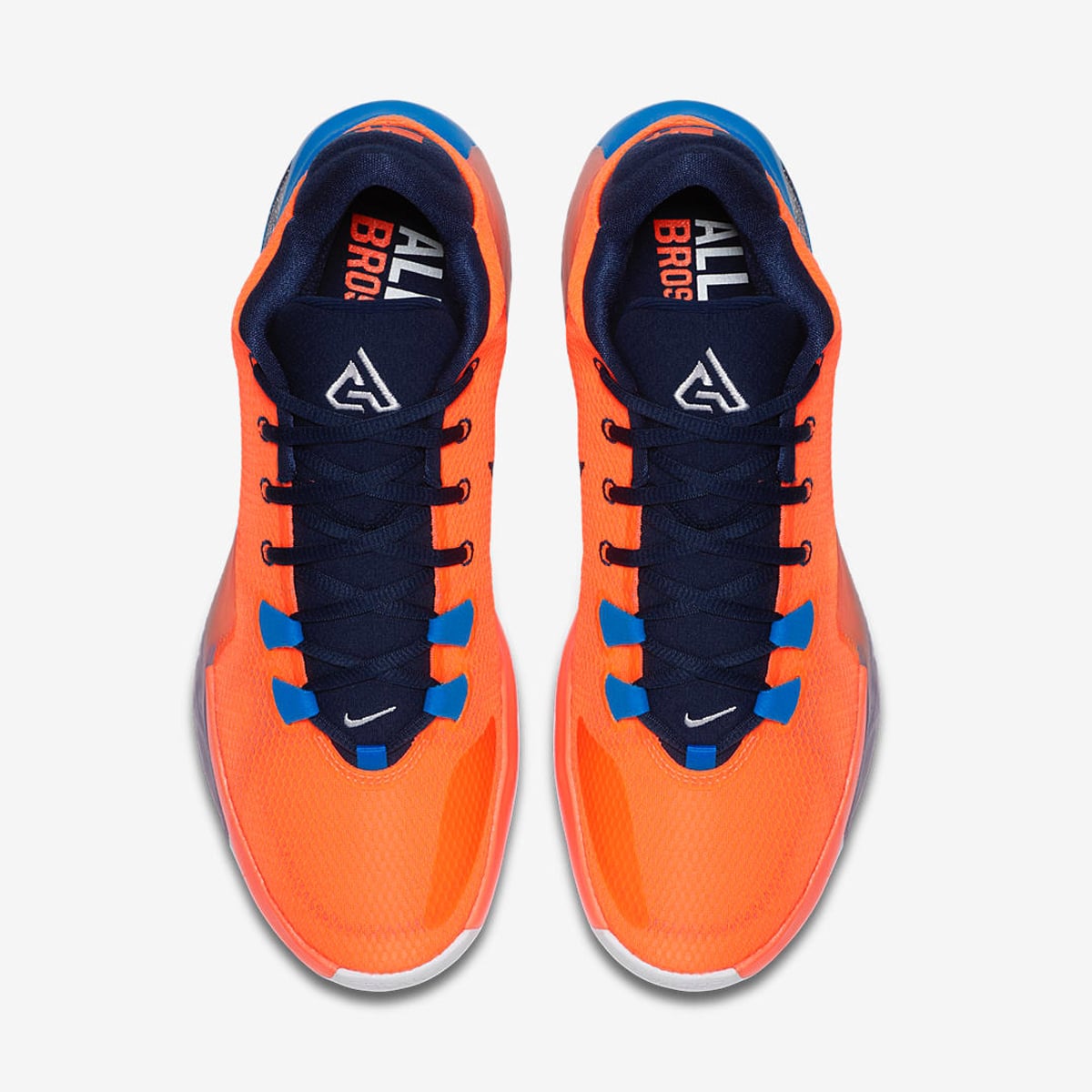 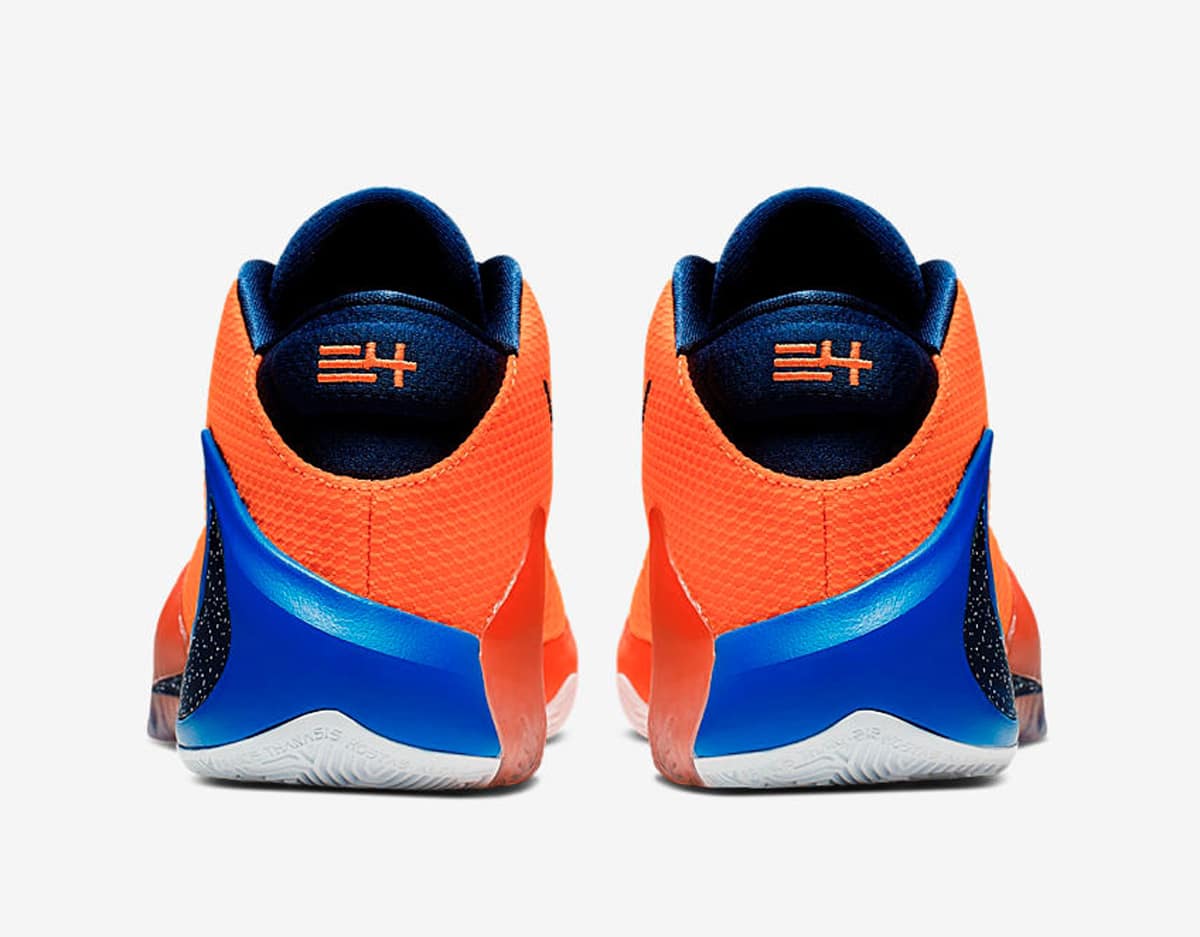 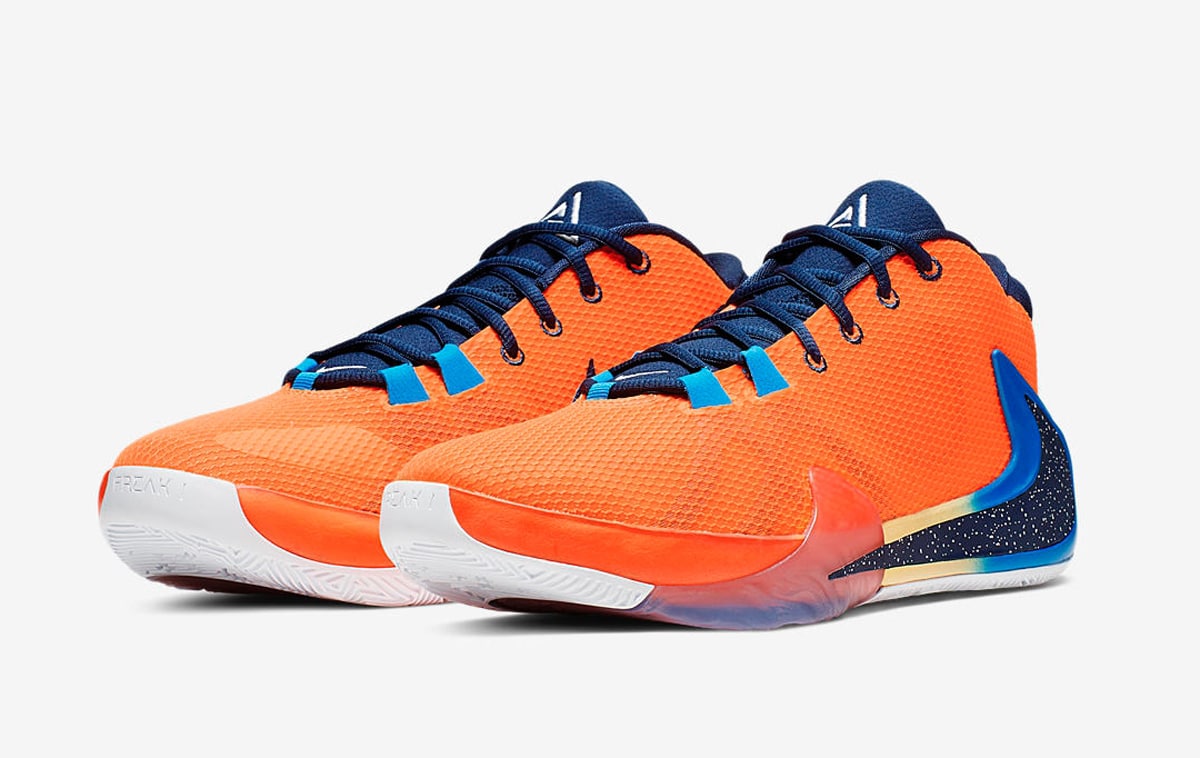 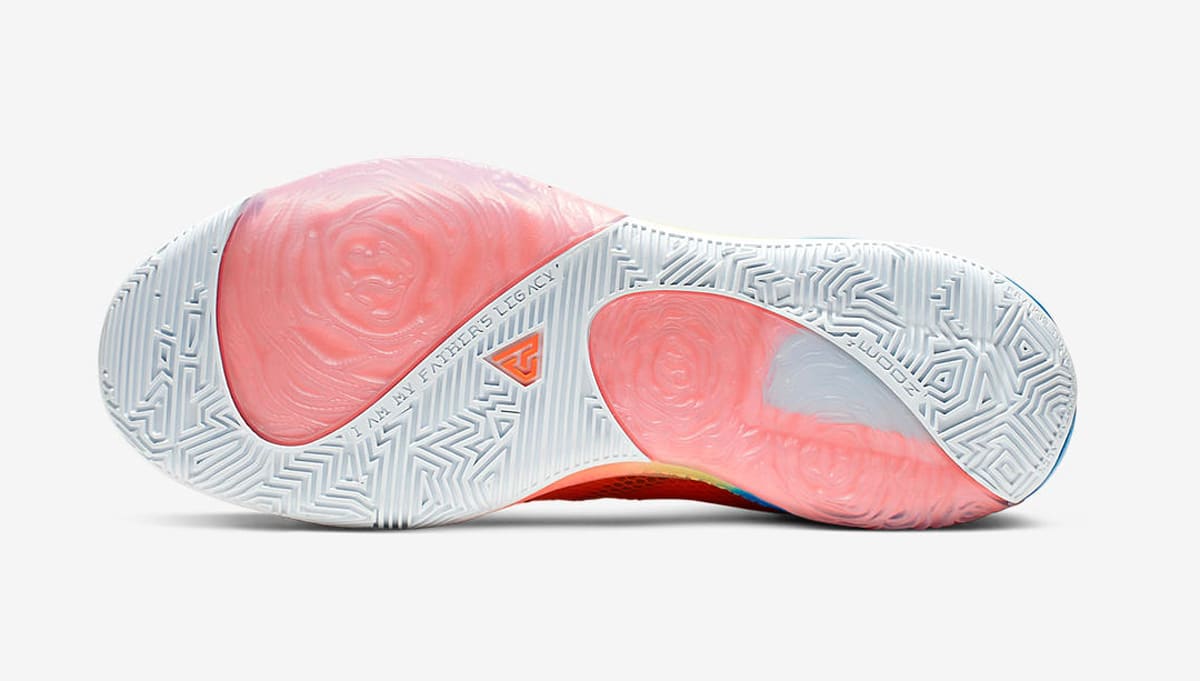