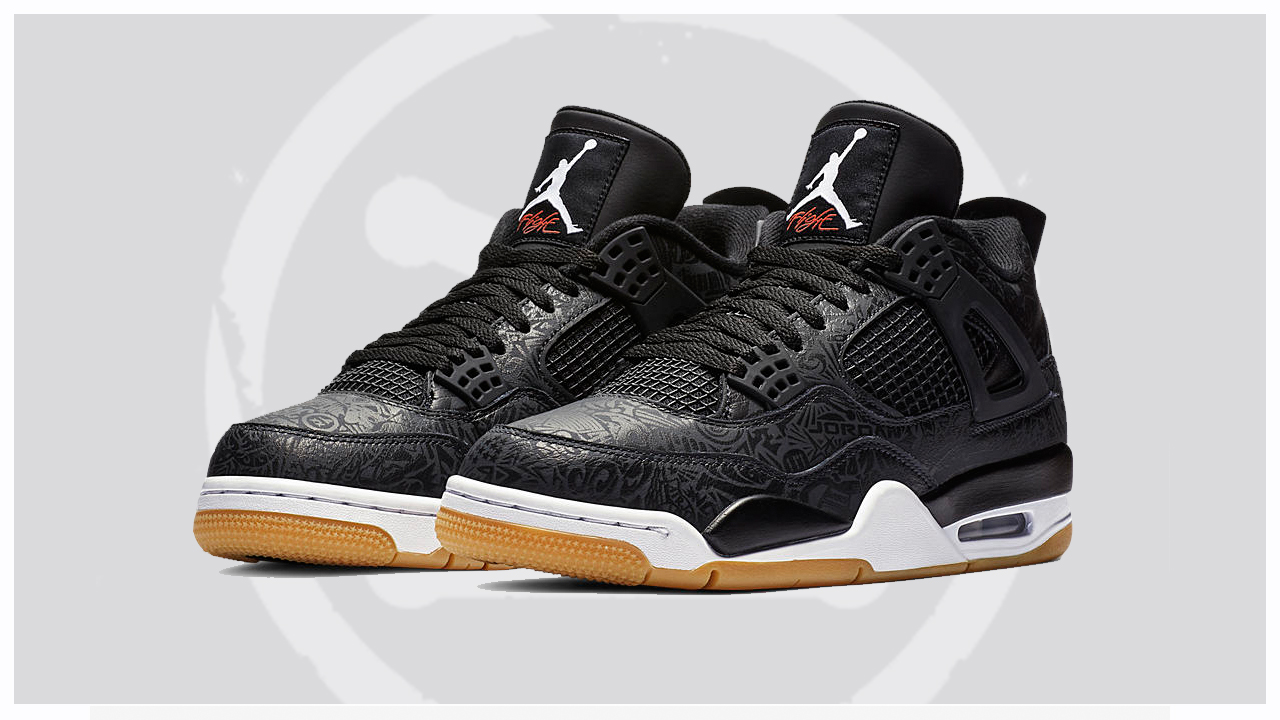 Laser makes its way back onto the Air Jordan 4 with the upcoming Black/Gum edition for 2019.

While the ‘Laser’ treatment is no stranger to the Air Jordan 4, this rendition isn’t exactly etched into the leather in the traditional sense. Instead, the graphic is printed onto the leather which may be a plus for those that dislike the laser look as you’ll likely be able to remove the print and repaint the shoe with a clean black finish.

The pair hasn’t had an official backstory promoted just yet, but those of us that have been into Air Jordans before the 2011 hype-wave already know these draw heavily from the Air Jordan 1 ‘Premier’. Those were a pair of AJ1’s that had the same Black/Gum colorway from top to bottom, while a velvet ‘laser’ print graphic was used along the upper.

If you like what you see and were interested in adding these to your lifestyle rotation, then we can expect to see the Air Jordan 4 ‘Laser’ for 2019 release on January 19 for an estimated $190. 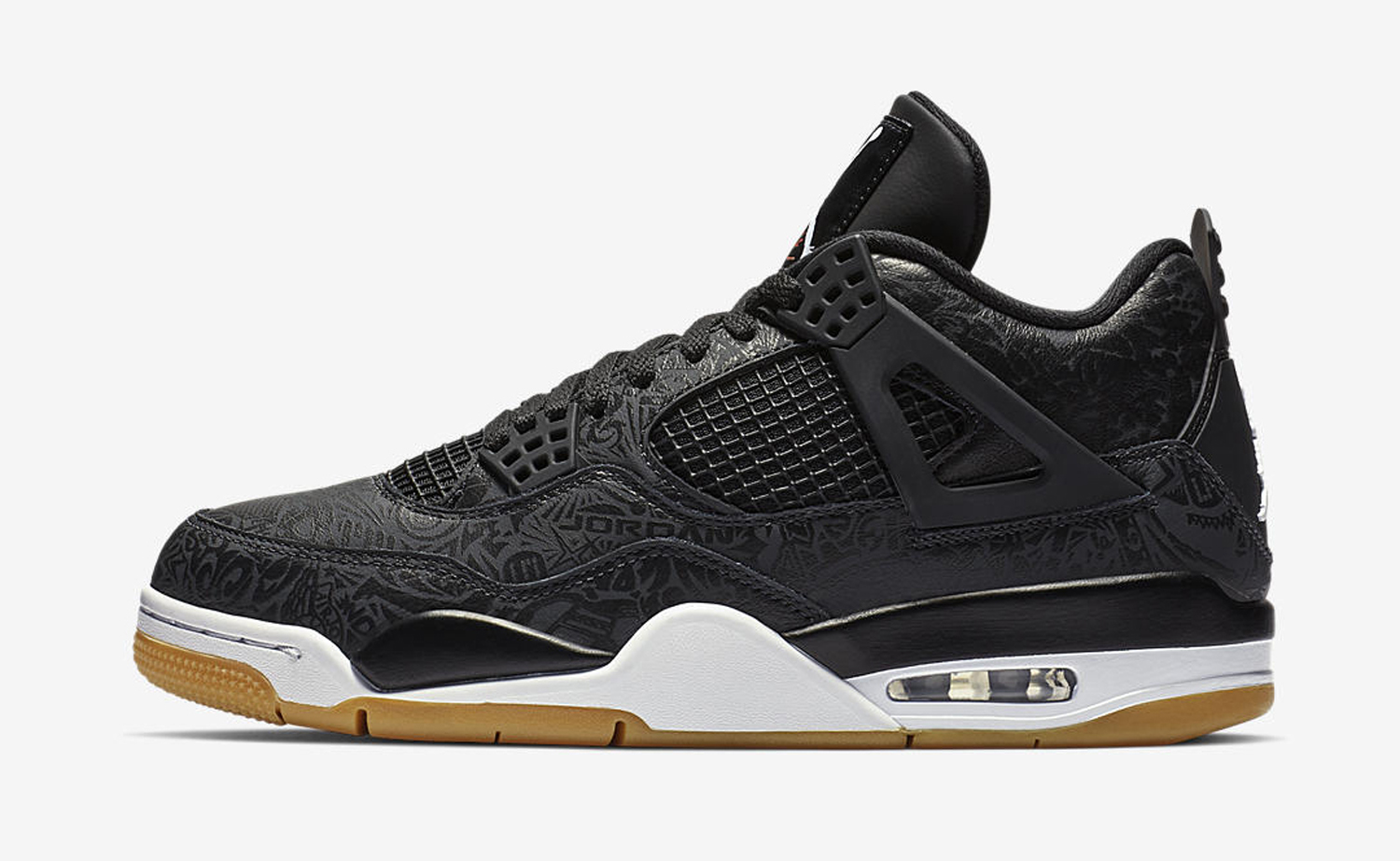 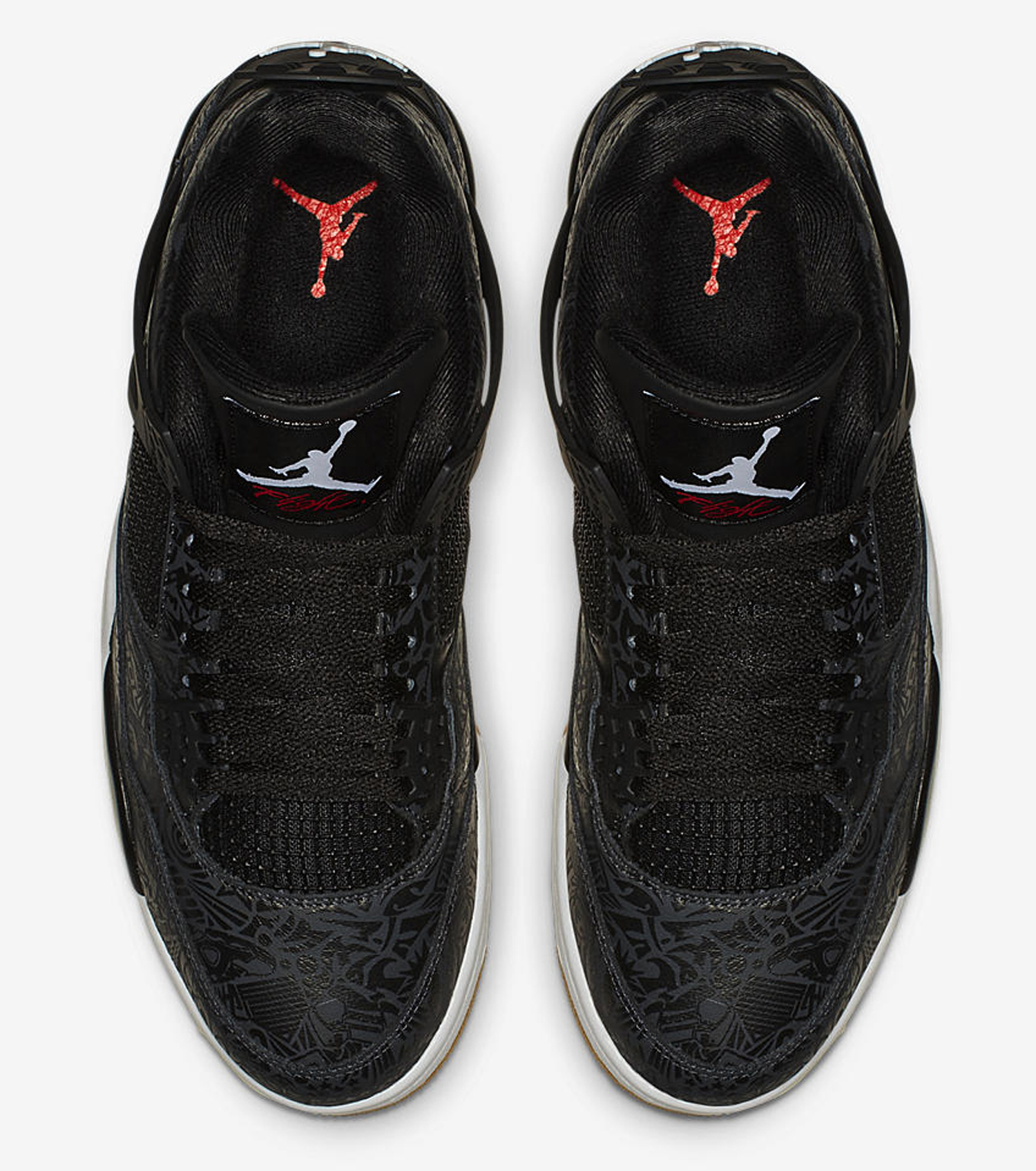 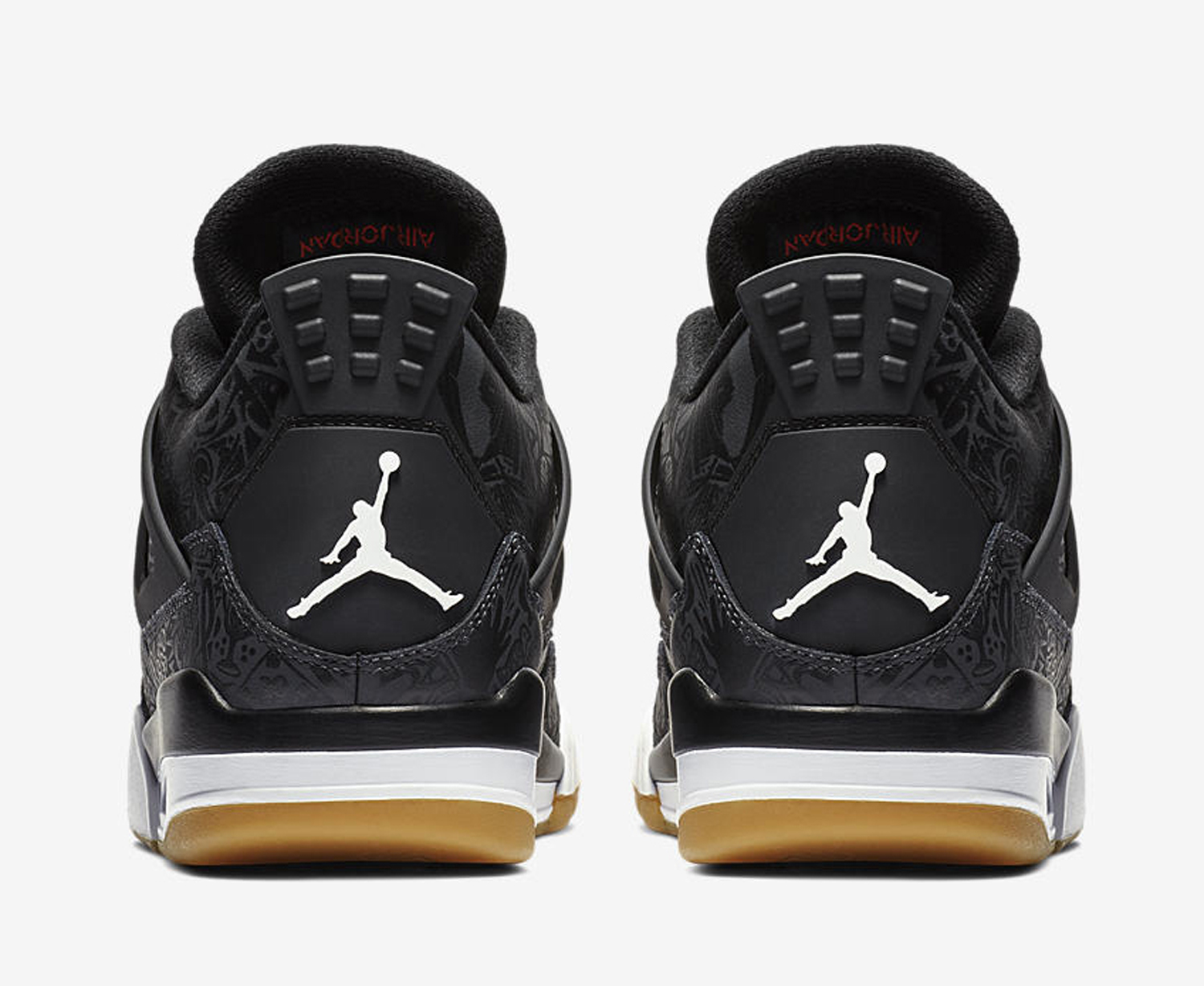 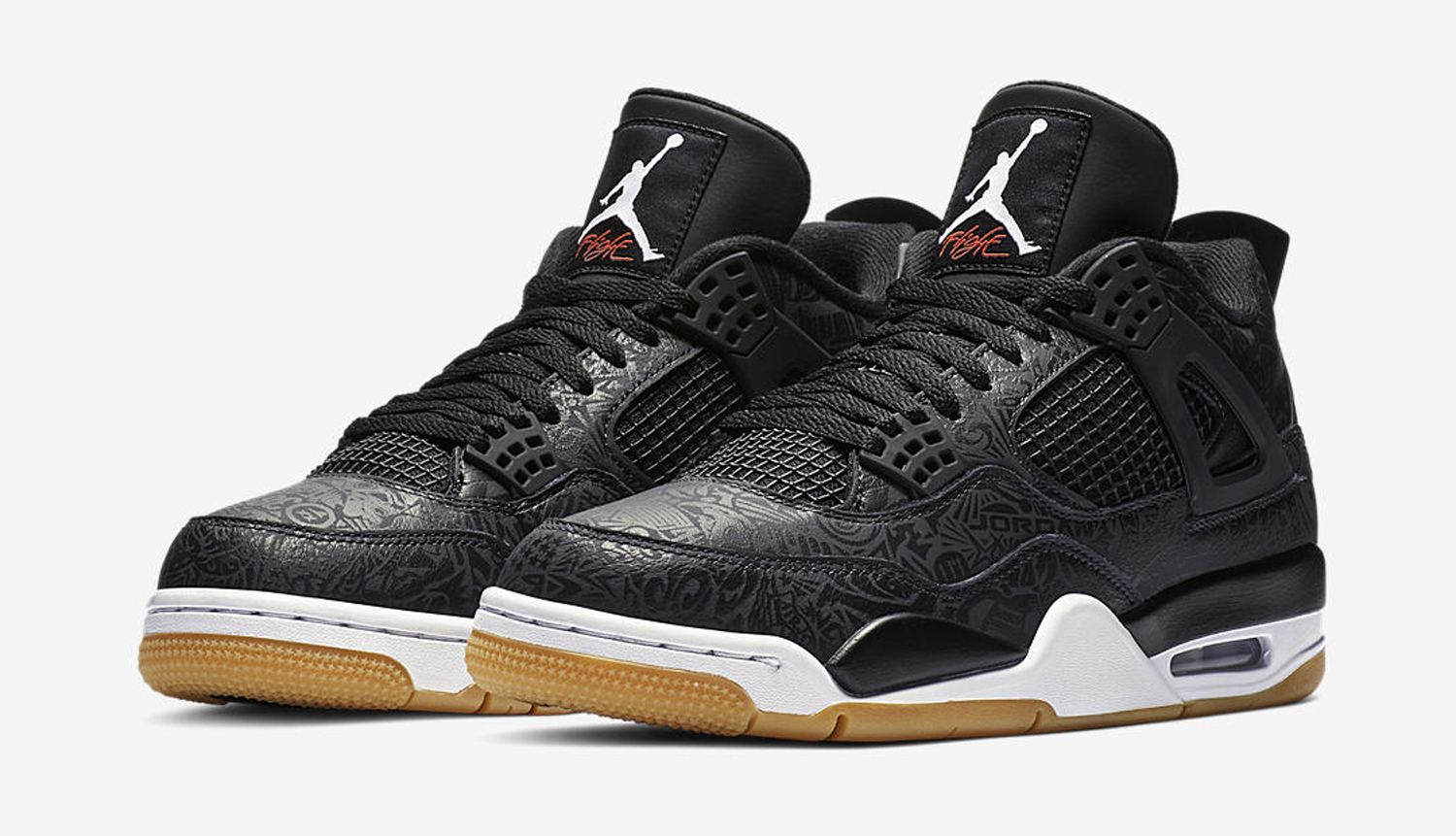 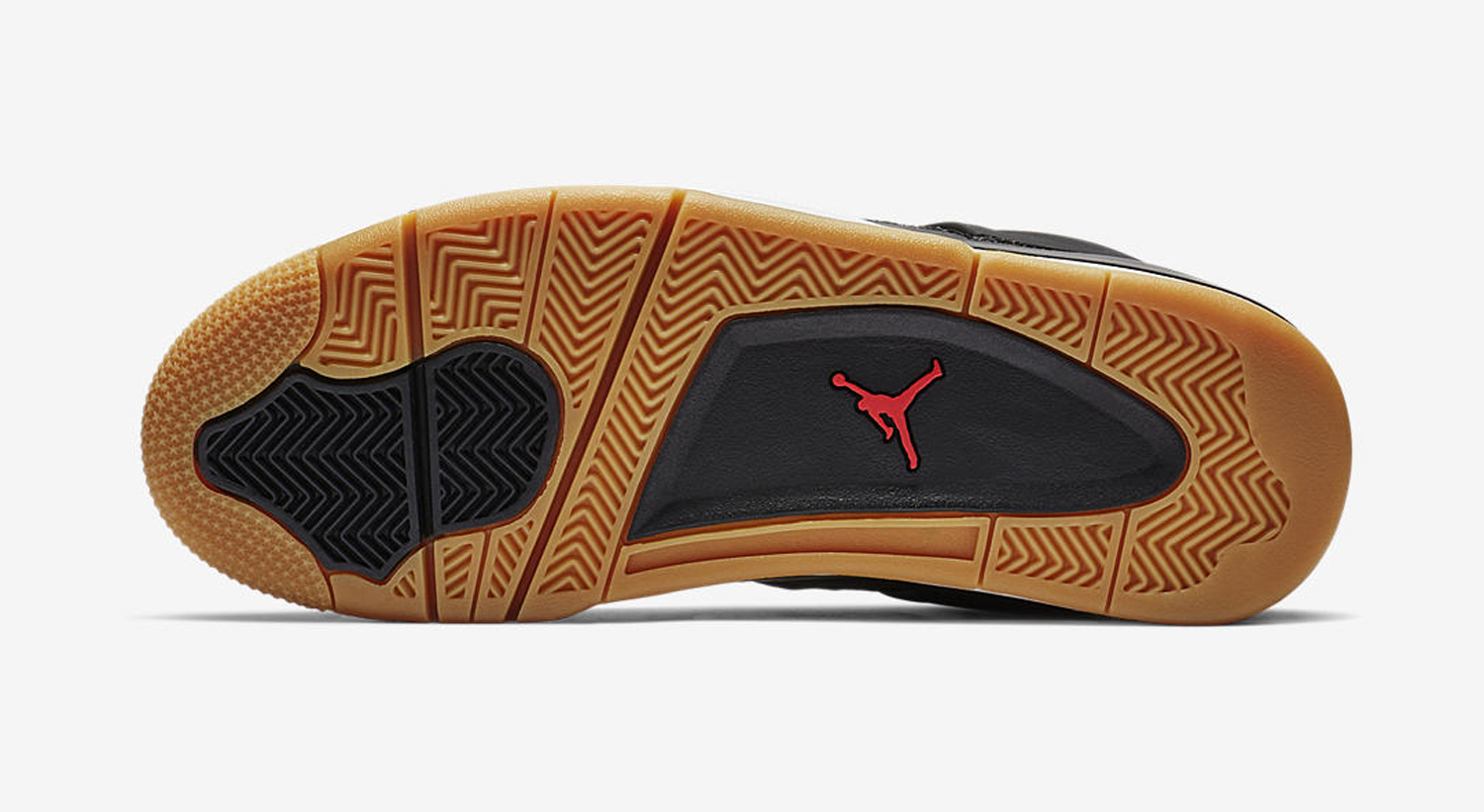