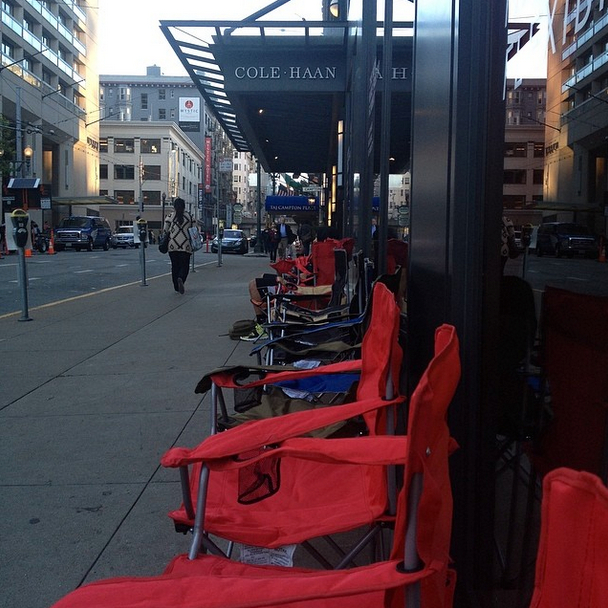 There’s already a line at Nike San Francisco for the “Yeezy” Foam. As soon as @NikeSF stated on Twitter yesterday afternoon that they would be receiving the “Yeezy” Foamposite, the campout began. Yesterday @dunksrnice posted the photo below of the situation at Nike SF. I also spotted the picture above posted yesterday from @solefreshcity, someone actually on the line.

I don’t want to offend anyone but I think this is absolutely ludicrous. This Saturday was 45 hours away when @dunksrnice’s photo was posted. Something is wrong here…

Let us know in the comments what you think about this. 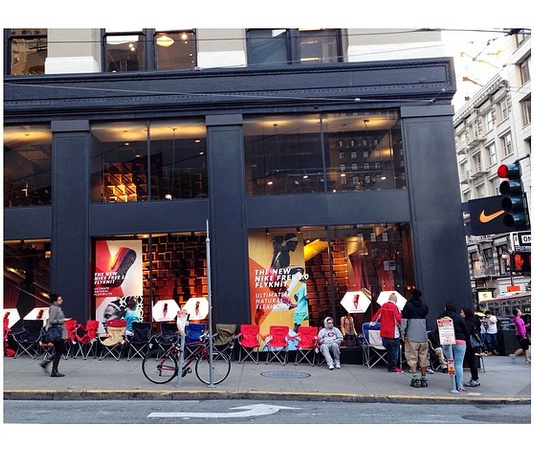