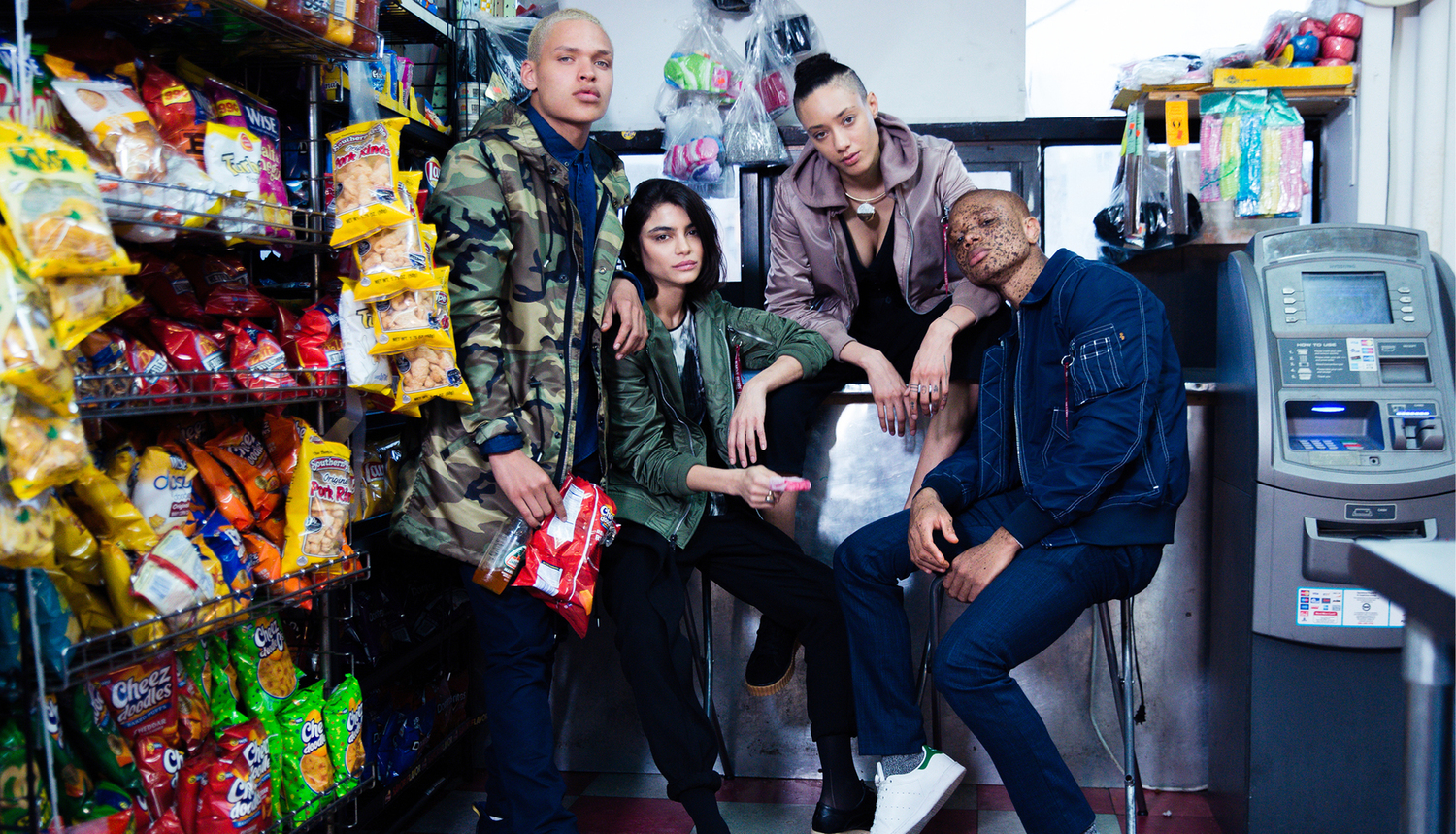 Alpha Industries, which began outfitting the Air Force and Navy in 1959, has dropped its SS18 collection that focuses on globalization and reinterpreted silhouettes.

Since outfitting the U.S. Armed Forces the Alpha Industries has become a lifestyle apparel company that has retained its roots in military outerwear. For the Alpha Industries SS18 drop, the brand embarked on a world tour to bring new styles and fresh reinterpretations of classics into the fold.

According to Alpha Industries, the F-2 French Field Trench Coat is the second build of the French Foreign Legion’s lightweight field coat. It’s constructed from a cotton herringbone designed in the 1950’s and features vertical zippered chest pockets, a cropped length, and a garment wash treatment for a vintage touch. Another build, the F-2 French Field Coat Deco flaunts military-inspired drawings and quotes that highlights the customization of garments popular with U.S. servicemen.

Additional field coat builds include the Revival Decorated, which combines artistic elements from land, air, and sea operations, the Fortitude FT Field Coat, an homage to the chemical jacket used in WWI with a removable French terry hood, and the Fortitude Americana Field Coat, which flaunts a large American flag. The coats range from $170 to $250.

However, the standout pieces from the Alpha Industries SS18 drop are the waterproof ones. Derived from ECWCS (Extended Cold Weather Clothing System) and developed in the 1980’s, the system uses seven layers designed to protect against chemical, biological, radiological, and nuclear warfare.

Waterproof styles ($250) include the ECWCS Torrent, a cold weather jacket constructed from a 75/25 cotton/nylon fabric that is seam-sealed and completely waterproof. The ECWCS Torrent Camo features the same silhouette but uses a polyester jacquard fabric that is waterproof. Finally, the Quartermaster WP Field Coat Long is a modern take on the vintage M-65 Field Coat; to stay waterproof it uses a cotton nylon shell that is seam-sealed.

Also included in this SS18 drop are the Nylon Fishtail Mod Parka and the Recruit Fishtail Parka; the styles combine the brand’s signature flight nylon with the classic M-59 Parka and add a functional snap fishtail, plus water-resistance. These pieces ranges from $180 to $200.

In this newest collection, Alpha Industries has added Utility Jackets ($150-$200) that date back to WWI. The Seafarer Anorak is a waterproof hooded pullover made from flight nylon while the USN CTN Peacoat is a style that the U.S. Navy borrowed from the Royal British Navy.

For casual wear style, Alpha Industries rounds out its SS18 drop with the CWU 36/P ($150-$225), a lightweight build of the CWU 45/P that is inspired by the MA-1 Flight Jacket. The CWU 36/P Mod uses a breathable nylon shell and contrast stitching for aesthetic appeal while the CWU 36/P Mod Triton, which is named after a Greek god often used as a symbol in the military badges of the U.S. Navy Seals, sports embroidered artwork.

This drop of the SS18 collection is available now at AlphaIndustries.com. 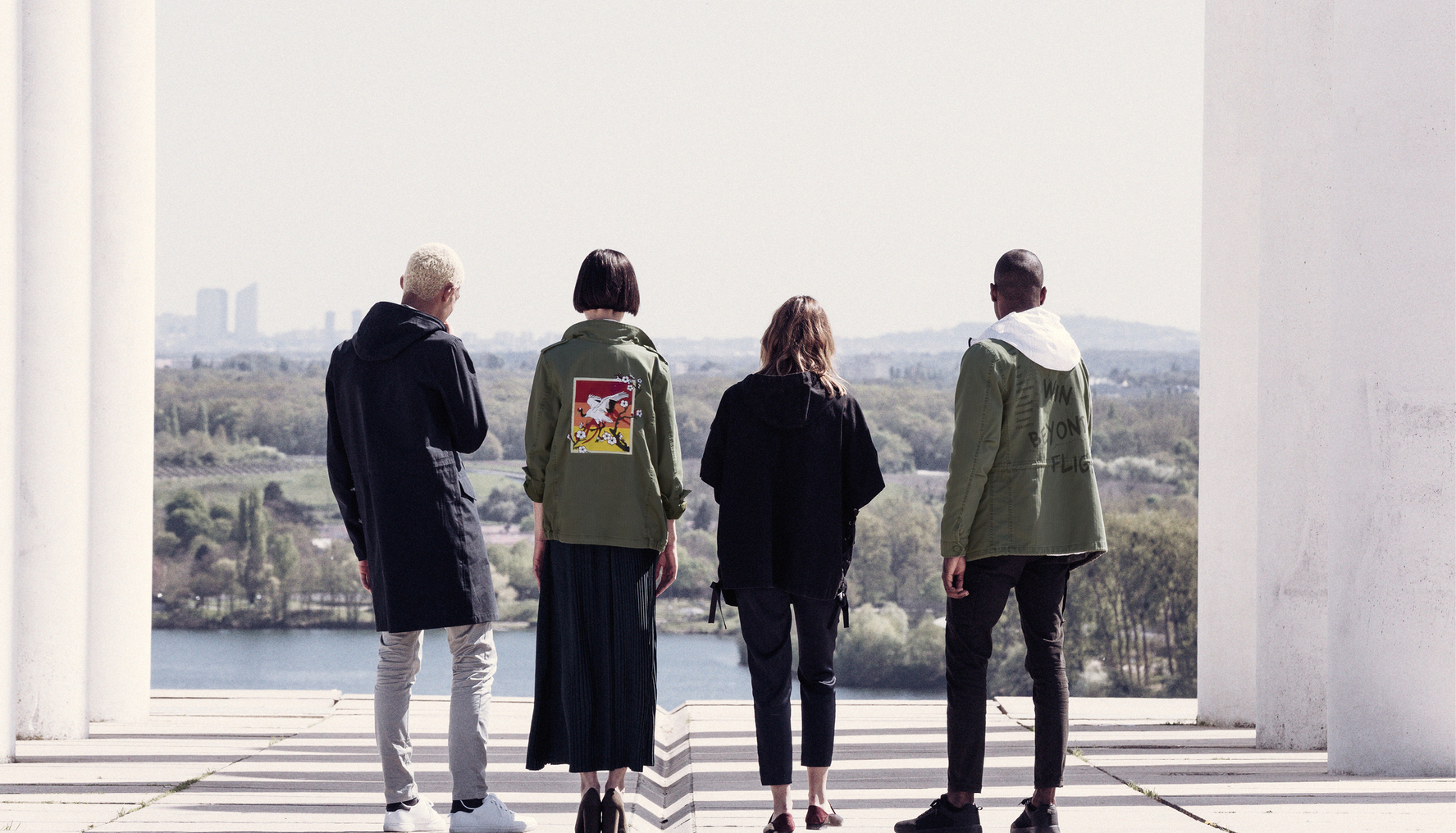 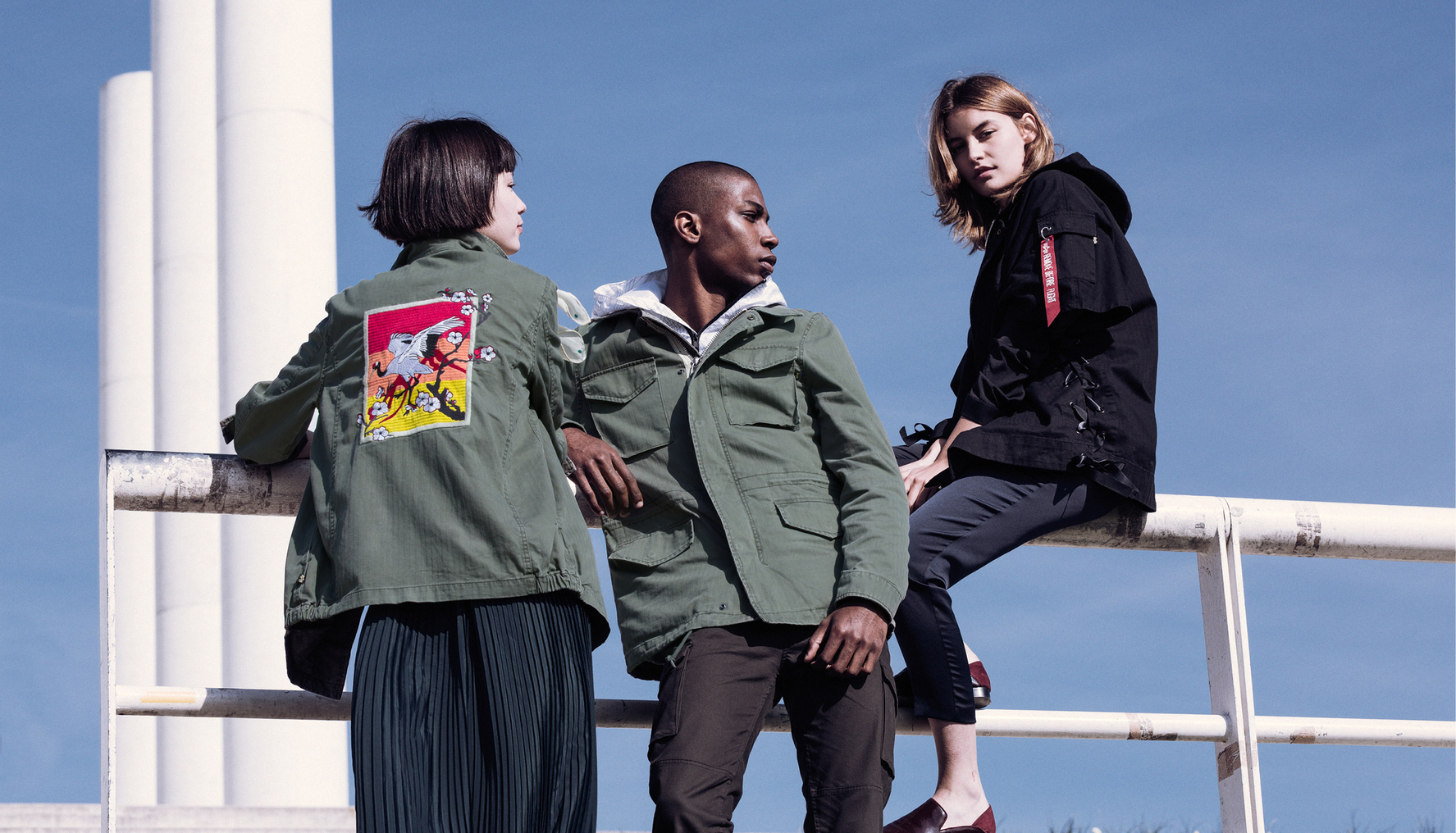