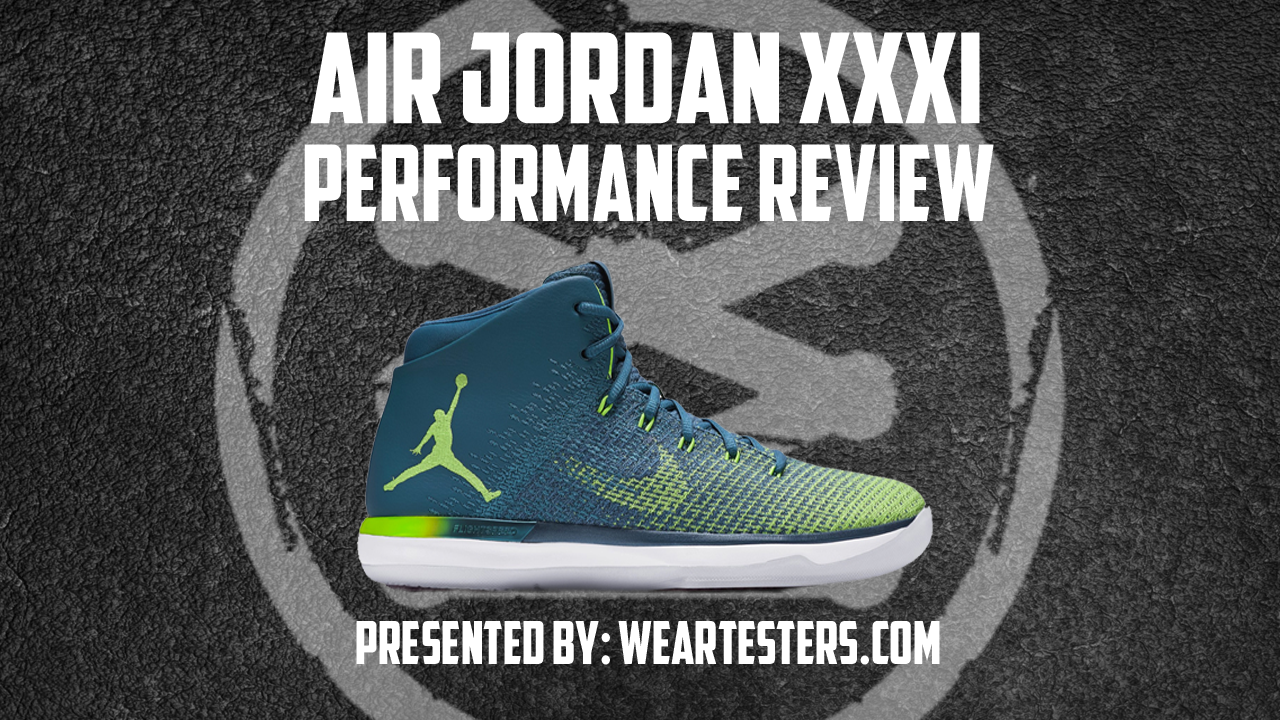 Jordan Brand is back with another performance sneaker and this time it’s the signature line shoe. The advertising slogan for the Air Jordan XXXI is about “defying gravity,” yet last year’s model fell far short of greatness. Is the latest iteration a game-winner or an air-ball? We’ll just have to find out… 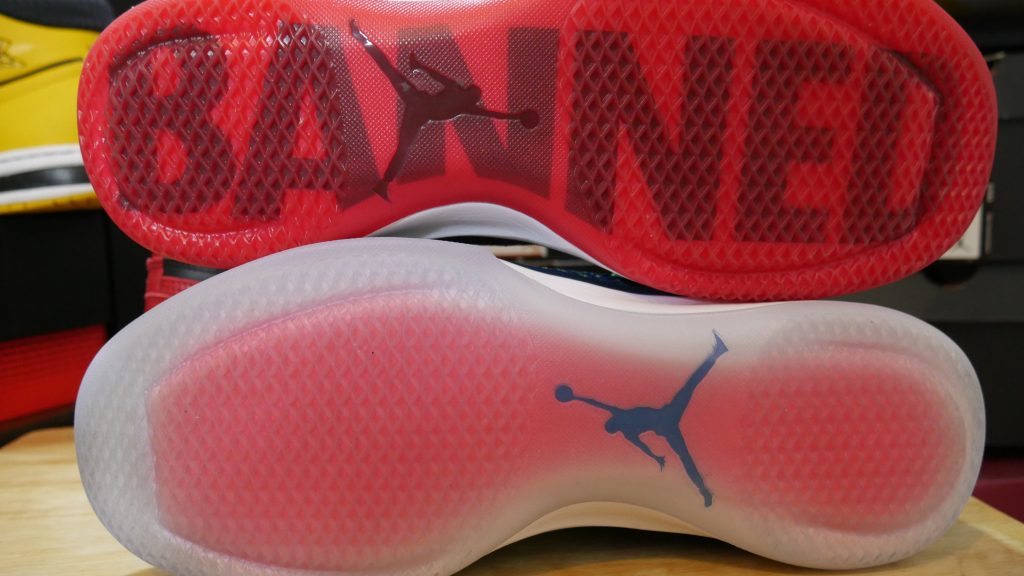 Traction – It’s not bad, but it’s not great — it’s inconsistent. On pristine courts you’ll have a great time, but on dirtier floors the traction stays right as long as you wipe often (though not as often as you have to in the AJ30). If the shoe used denser rubber, or the compound that was used on the Air Jordan 29, or even solid rubber, the traction would’ve been better.

If the shoe was influenced by the Air Jordan 1, why not utilize same traction pattern that works? The Air Jordan 1 traction and rubber was solid. The biggest influence comes from an after-thought…the Air Jordan 1 Alpha. The Alpha used the same AJ1 traction but modernized it with herringbone to make the traction even more badass. I mean, if you could do it on an alternate model, why wouldn’t/couldn’t you just do it on the Air Jordan 31? 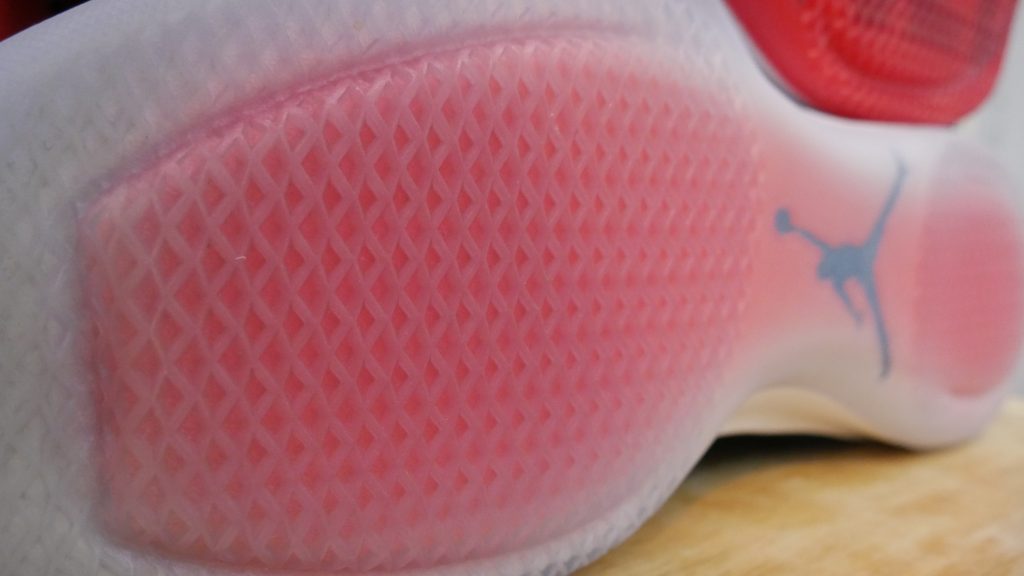 Cushion – It’s been a while, but I’m glad full-length Zoom Air is back. Last I recall was the Air Jordan 2010 utilizing it, but the XXXI’s cushion felt similar to the Air Jordan 18; and that was to be expected, since Tate Kuerbis designed both the 18 and 31. While it’s nowhere near the cushion feel of the Nike Zoom KD9, the Zoom works. 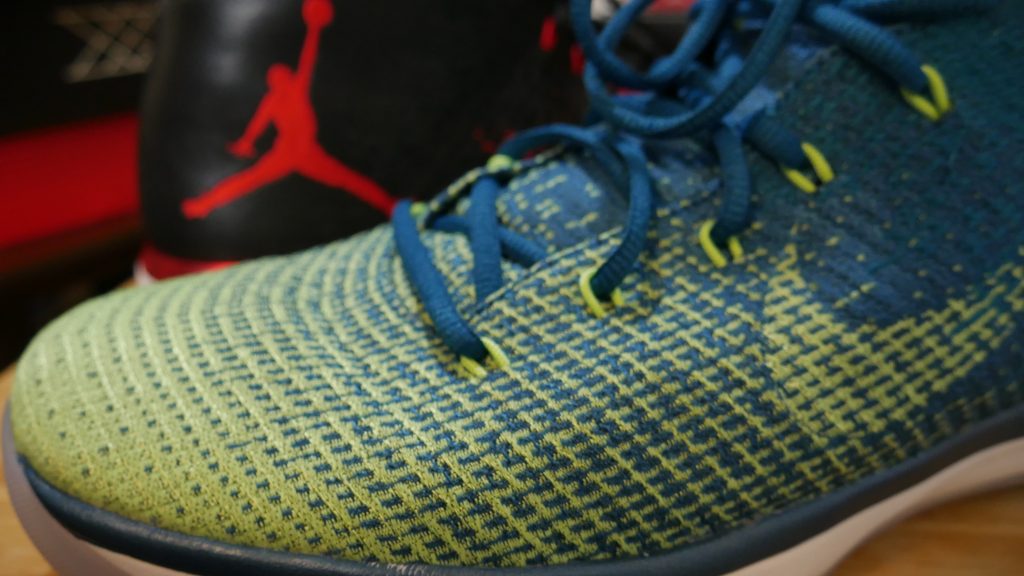 The other minor gripe I have is the material used in the inner boot along with the anatomical pillows — the materials used could have been way softer. This is why I brought up the Air Jordan 1 Alpha. The interior lining of the Alpha was not only soft but super comfortable. Why not use the same or similar materials that don’t cause irritation upon wearing the shoe? I hold high expectations when it comes to Jordan Brand, as we all should. I dislike having to break in the materials; if I’m spending $185, I expect everything to work right from the start — step in and go. The pros and cons are there, as with every shoe. However, the way the materials were utilized aided the shoe’s performance. 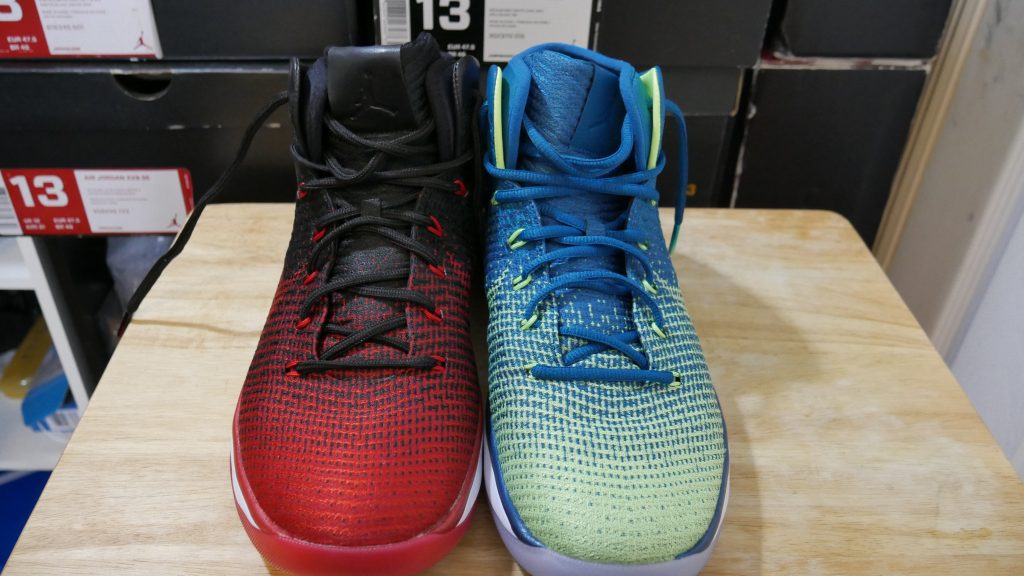 Fit – The Air Jordan 31 fit true to size. Because of the woven materials, my slightly wide Shrek-like feet had no problem with the slight stretchiness of the materials. There is some adjustment needed in terms of lacing, but once you’re locked in, you’re ready to Take Flight. The heel lock down is where the shoe stands out. Again, I wish the interior lining material were much softer, and the stitching was more strategically placed, but it all comes together fine when you get down to the nitty-gritty. I’d say the fit is one of my favorite aspects of the shoe. 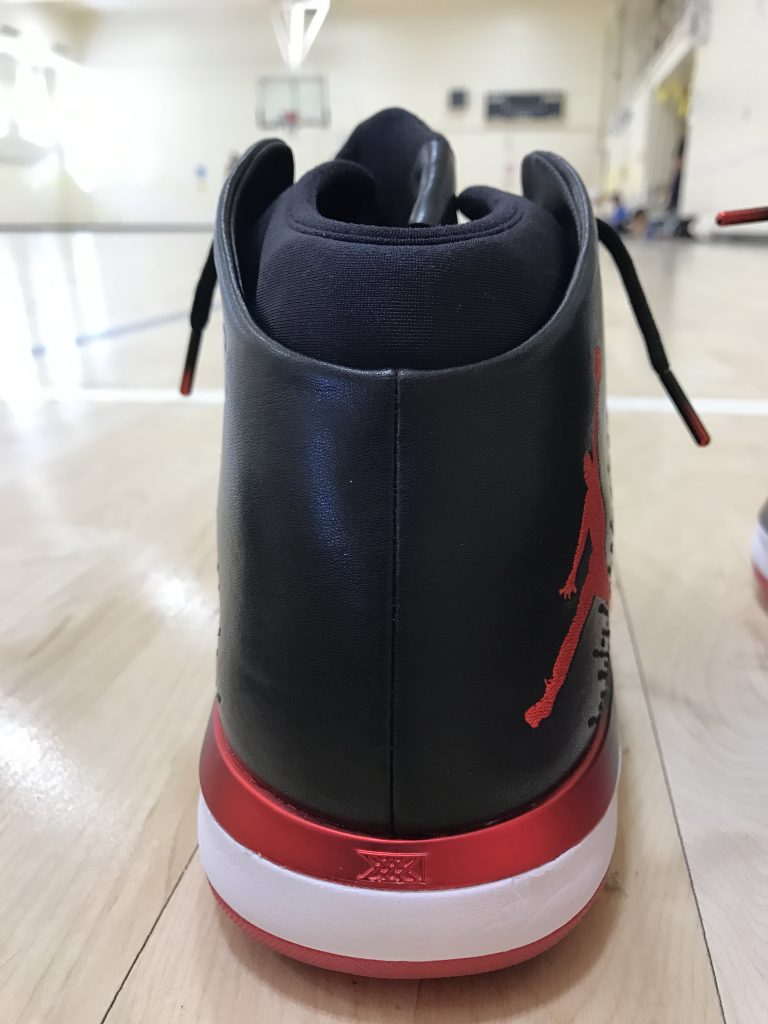 Support – The support is good but not outstanding. I’m secure in the shoe while having little digs in to the back of my Achilles, but that went away after breaking in the shoe. The unlocked Zoom feels great on foot but it’s something I’ve already tested out in the past (give me the articulated Zoom from the KD9, sliced thin for a low-to-the-ground ride — think the Nike Viz Zoom Uptempo). The heel lockdown and the fit of the shoe are the highlights. Everything else worked well, but I was expecting more. 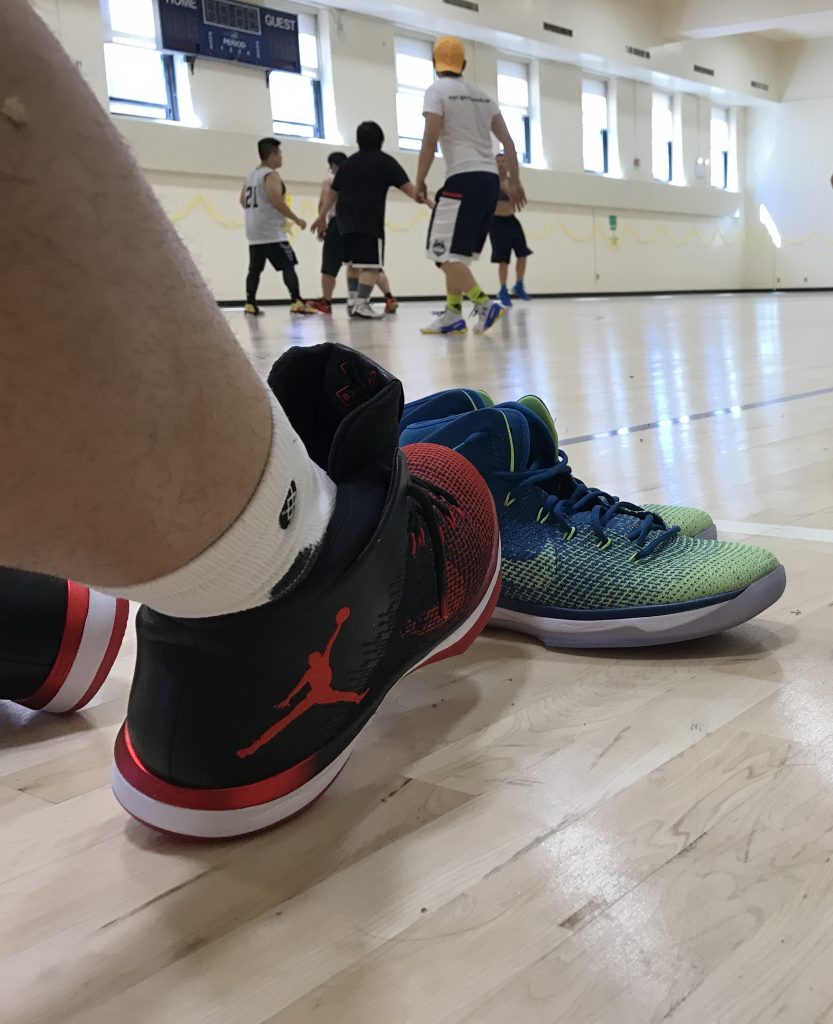 Overall – While this shoe could and should have been what the Air Jordan 30 was supposed to be, the reboot of the line is just modernized nostalgia. It’s nice to pay homage to previous models, but performance is where it’s at. Does the shoe perform? It absolutely does. I do like how the shoe adapts to my movements while providing adequate lockdown and support. The cushion feels fine but I was expecting something totally different or new, and the traction has its suspect points. The shoe itself, with the exception of the Wings logo, swoosh, and the top lacing, doesn’t really make me think Air Jordan 1; it’s more like an updated Air Jordan 18, 19, and 29 because the fit and traction were all similar. While the structural aspect of the shoe is nice, not every aspect of the shoe worked well.

I always feel like if you’re going to put a number or next iteration of following models, it should be something completely different with new or vastly improved technology. For this case, and like its predecessors, I’ve found the signature Jordan line to be a one step forward and two steps back situation. I’m disappointed but I have high expectations, especially for Jordan Brand. That’s not to say the brand can’t learn or adjust but we hope to see something completely different for the next version.

If you’re going to place a $185 price tag on a shoe it must perform and look worthy of its price point. Here’s hoping for a game-winner on the next version. 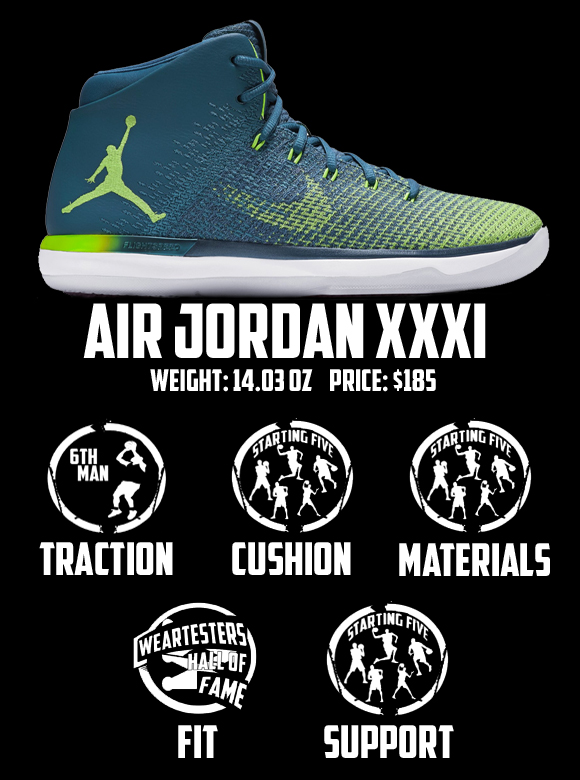