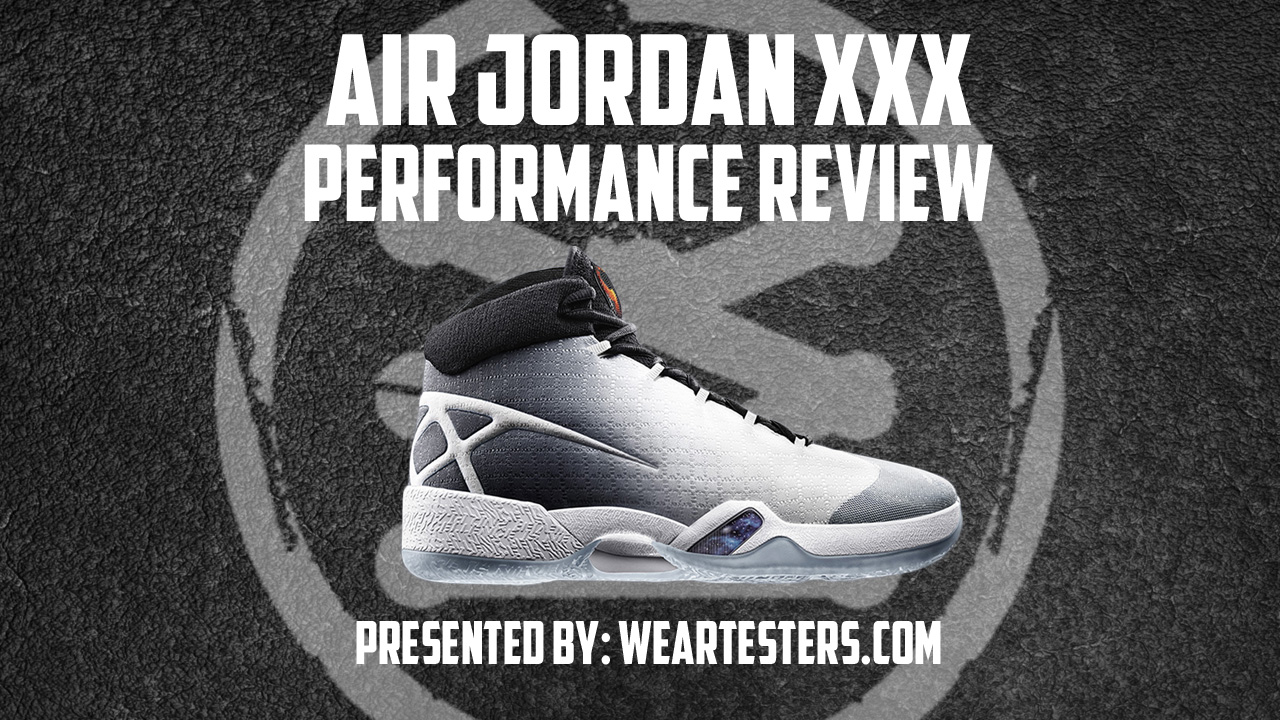 Yes, one aspect of a shoe can ruin the entire experience. 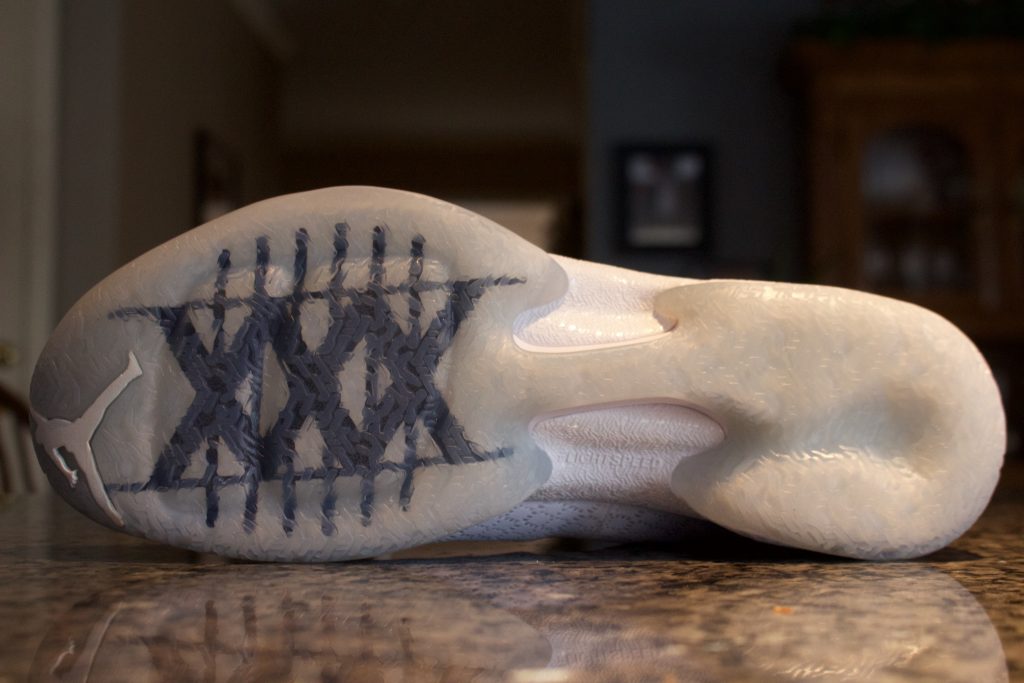 Taking the shoe to the hardwood for the first time was a great experience as far as traction is concerned. They stuck like glue. But as I wore the shoe more, the traction continually wore down as the topcoat of rubber lost its stickiness due to dust building up. If you want to know what type of performance you’ll receive from the outsole, just check the condition of the floor – It solely depends on how much dust is present. On pristine court conditions, these things stick like glue, while on other courts with average amounts of dust, they are mediocre. When I took them to extremely dusty courts, just forget about it, you’ll be slipping all over the place. To keep it simple, the traction on the Air Jordan XXX was one of the most disappointing parts of the shoe. Jordan Brand has been going in the wrong direction since the XX8 from the outsoles’ perspective – Let’s just hope they can improve on the XXXI. 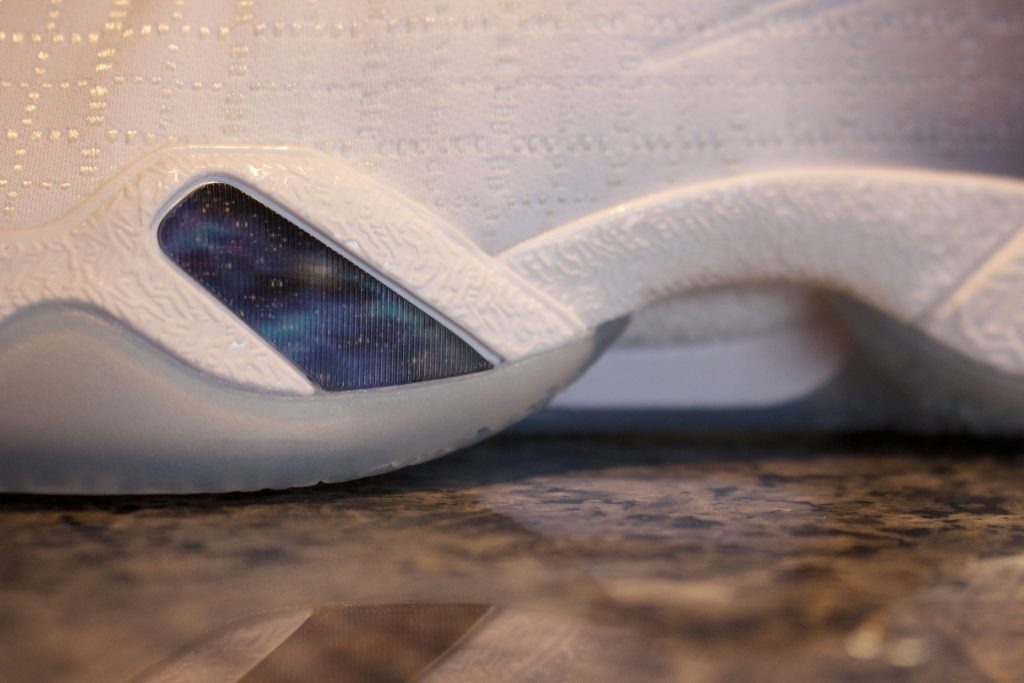 The Air Jordan 30 features the exact same tooling as its predecessor, the Air Jordan XX9 – Unlocked forefoot zoom with nothing in the heel. With that being said, there is one minor tweak to their cushioning. In the XX9, a TPU cage surrounded the entire midsole while in the XXX, the plastic only surrounds the forefoot. With the TPU being removed, the shoe features a smoother heel to toe transition, but as a player that rarely stikes on his heel, I scarcely noticed a difference in the overall performance of the cushion. Chris mentioned that he had some issues with the stability in the heel due to the softness of the foam, but I think that will depend on what type of player you are. If you’re like me and very seldom strike with your heel, then you won’t have any issues. 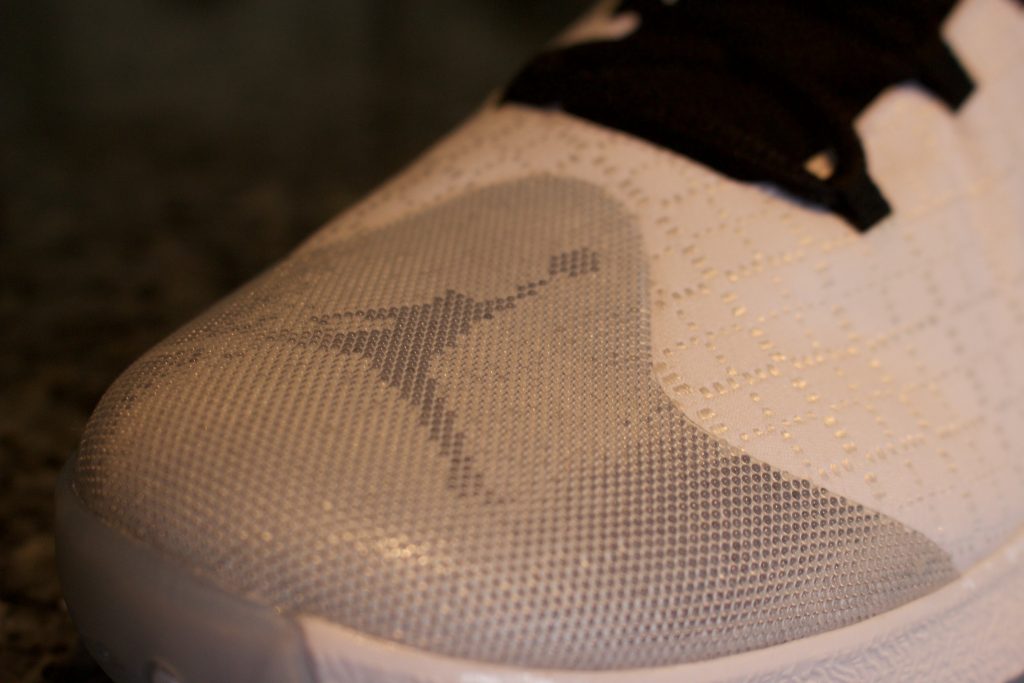 The materials are a modified version of what was found on the Air Jordan XX9. Performance woven or “jacquard” is found along the upper once again, this time in a much more thin fashion. Personally, I preferred the premium feel that was given by the woven on the XX9, but I can’t complain with this set up either. One thing that I disliked was the addition of the overlay in the toe box. It was there to provide extra structural support and prevent the material from tearing – It surely did that. When I’m hooping, I prefer to have softer materials throughout the entire shoe. If Jordan Brand could have shrunk the overlay material to the very edge of the shoe (like the crazy light boost 2015), then I would have enjoyed it much more. There simply isn’t a need for that much structural support. 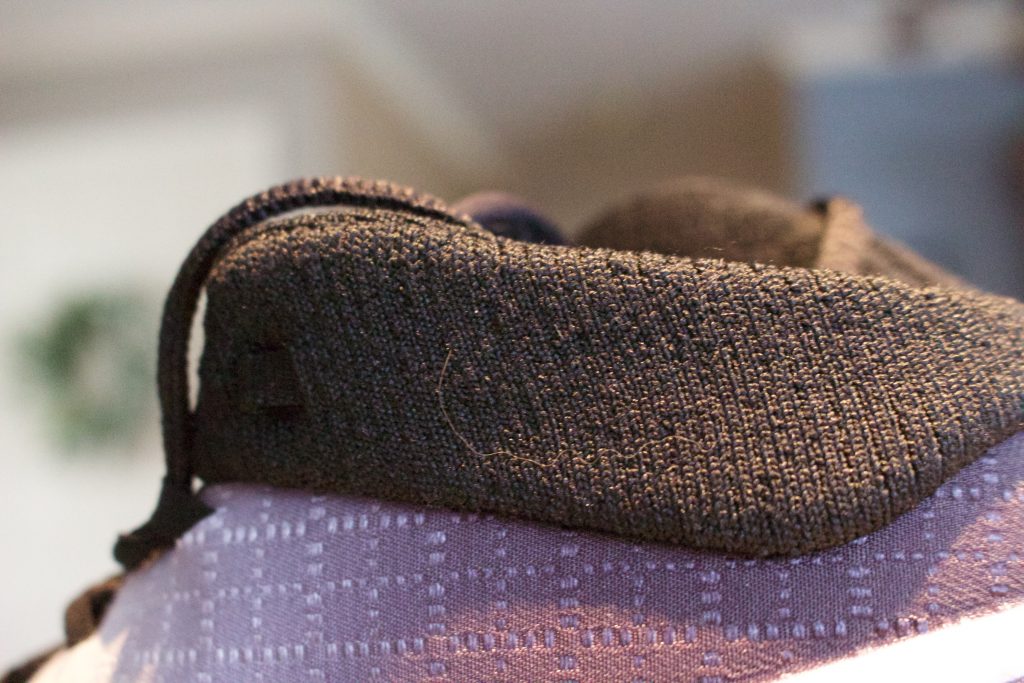 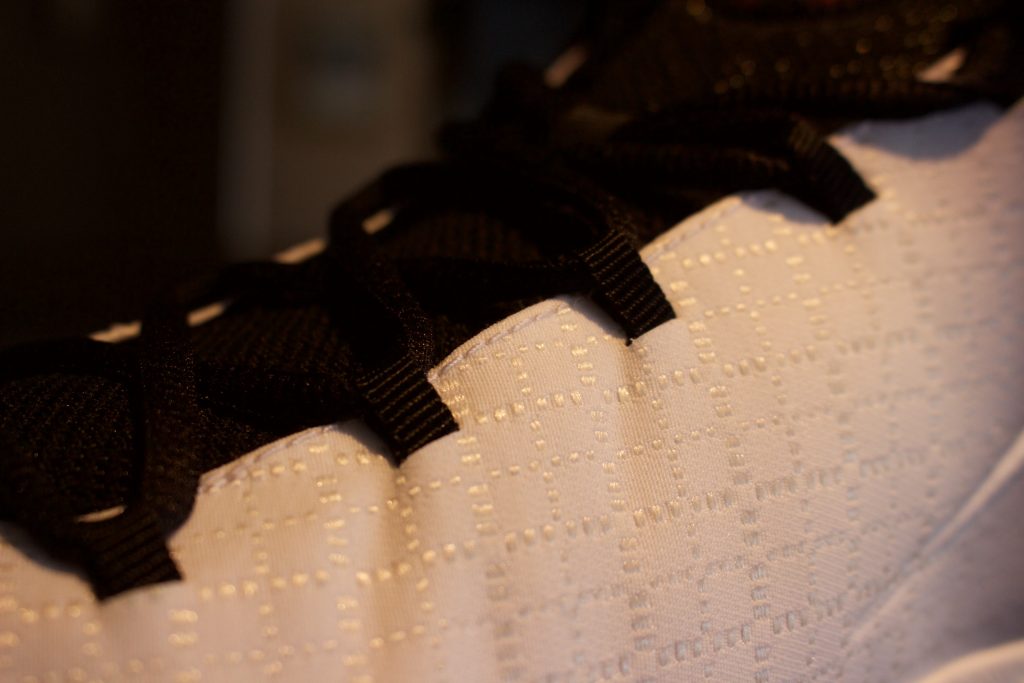 Other than the discomfort in the heel, the fit is absolutely phenomenal. Similar to the Jordan XX9 low, the forefoot fits very snug. Wide footers might not like that, but I love the containment that the shoe offers. Lace loops form as eyelets and help provide the same snug fit in the midfoot area. The addition of flyknit really does a nice job of wrapping around your foot in the collar area, but as I previously stated, the heel notches cause so much discomfort that the shoe is nearly unwearable during the break in period. All being said, the fit is more than adequate once they are broken in.

Note: their score will be reduced due to the extended break in time. 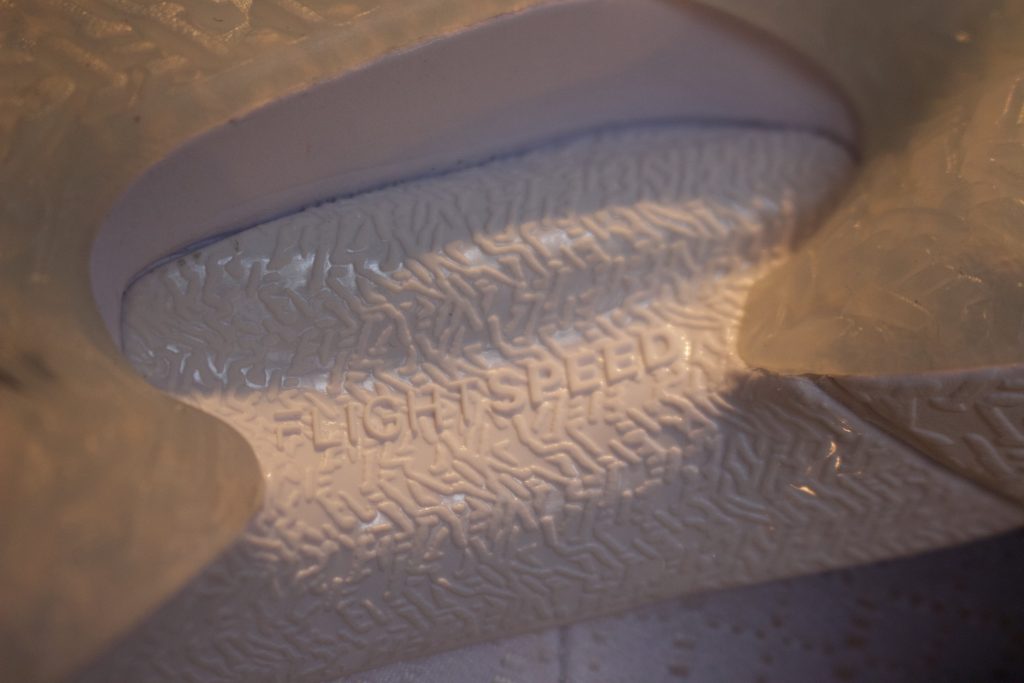 The support, similar to the fit, was superb with the exception of the heel notches. Most of the support comes from the containment provided by the fit. Due to the fit being slightly improved from the XX9, the support is also marginally better. There is also a small outrigger in the forefoot that does its job, and the carbon fiber piece that was found in the XX9 is replaced with plastic featuring the cosmos print. In addition, they feature Jordan Brands’ flight speed system to add some torsional support. It’s supportive enough for a big man, but flexible enough for a guard. Absolutely nothing to complain about here. 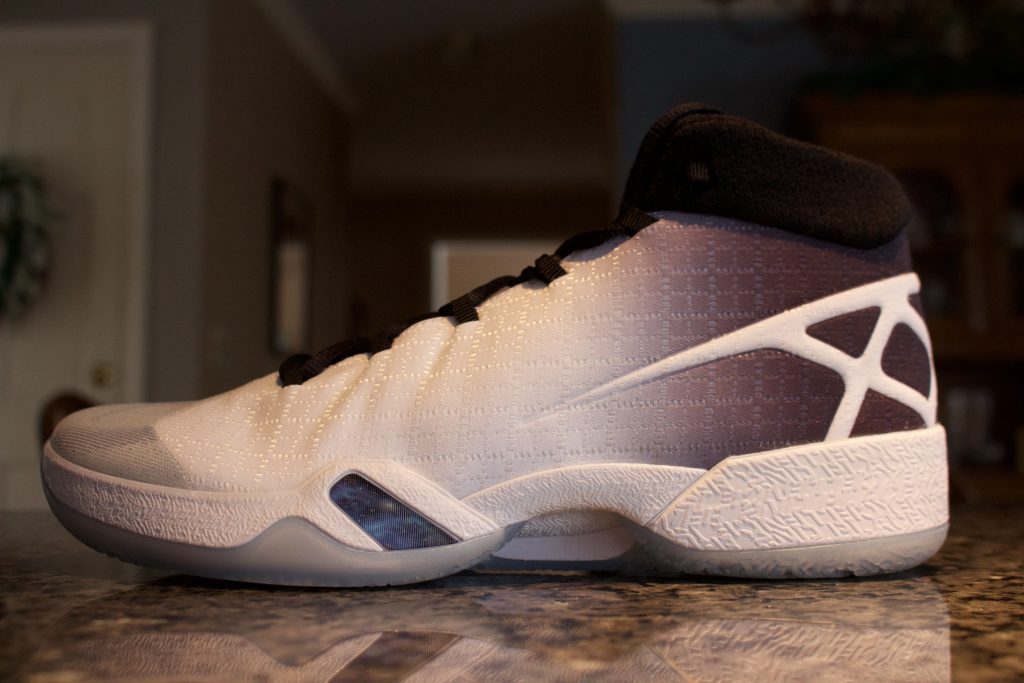 Although I wish there was some tech in the heel of the midsole, the flight speed system is still amazing and the unlocked zoom feels great. The performance woven upper is more thin, but still is one of the best uppers on the market right now. But as you can probably tell, the heel notches ruined the entire experience for me. Sure, the traction could’ve been improved as well, but it wasn’t a deal breaker – the heel was. All of our WearTesters have agreed on one thing; how in the world did these get approved during the testing process? Oh well, on to the XXXI. 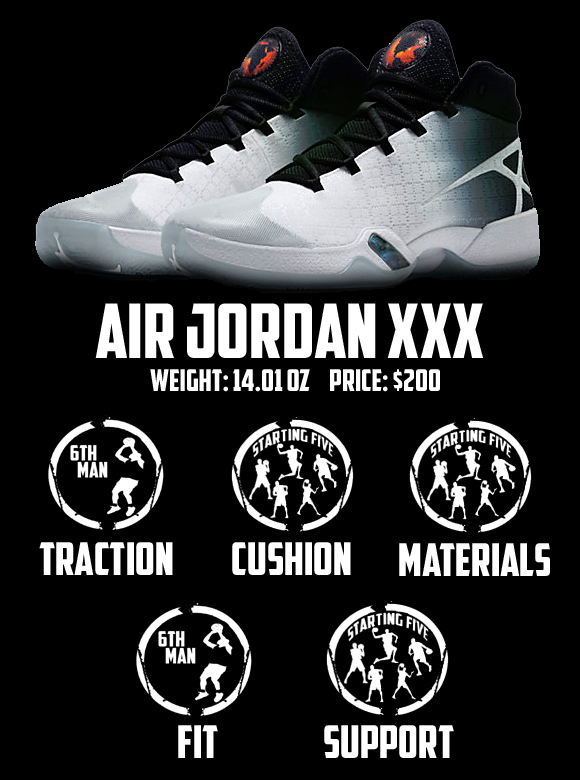