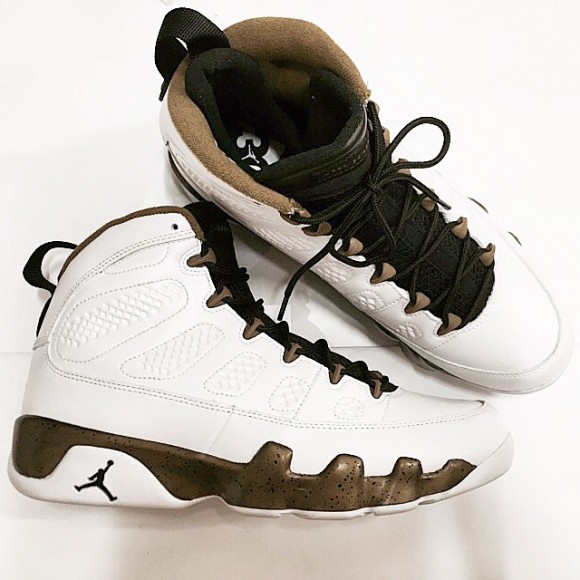 Rugged colors appear on the history-lesson iteration of the retro line with the Air Jordan 9 Retro ‘Military Green’.

The sneaker features a remastered smooth white leather on the majority of the upper. White also appears on the midsole, while black hints show up on the laces, tongue, and ’23’ branding. The namesake color, Military Green (which looks a bit like a bronze), appears on the midsole as well as on the collar lining.

The Jordan 9 was supposed to be an homage for Michael during his first retirement. It had global appeal, with multiple written languages on the outsoles that mention MJ’s distinct qualities like grace and dedication.

Expect the Air Jordan 9 Retro ‘Military Green’ to release on Saturday, August 22 for a suggested retail price of $190. Let us know if you’ll be picking these up in the comments below. 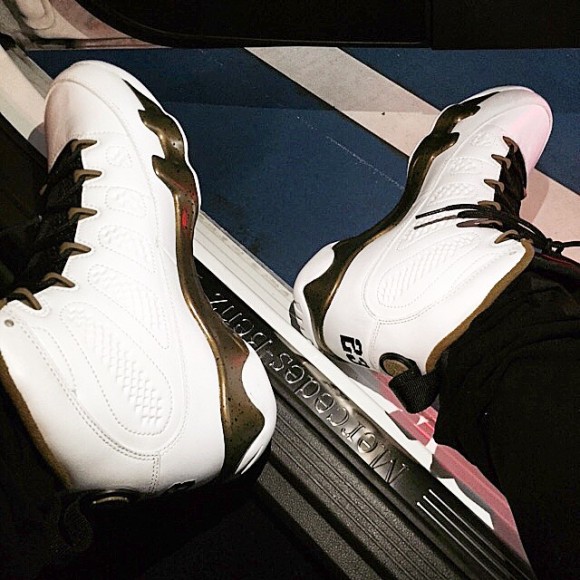