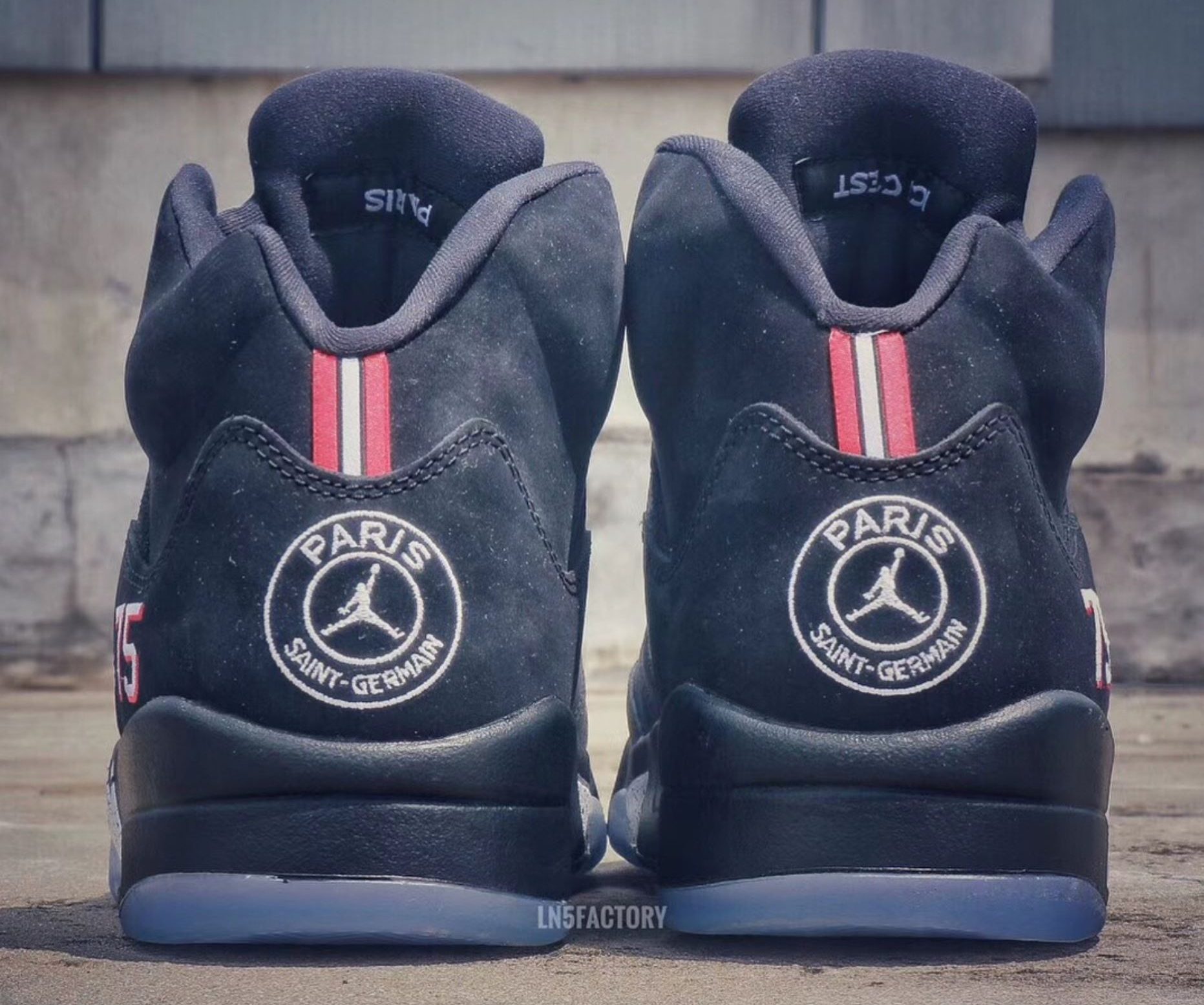 When two of the most successful sports brands in history converge we get the Air Jordan 5 ‘Paris Saint-Germain’.

Number one in France’s Ligue 1, football club Paris Saint-Germain has won the national title five times in the last six seasons. The club is the richest in France and employs the world’s most expensive player, Neymar Jr., who moved from Barcelona to PSG for a record €222 million ($263 million USD).

Neymar Jr. is a Nike athlete that collaborated with Jordan Brand in 2016 to release a ‘Fire Red’ collection and his own Air Jordan 5 Low the same year. While this Air jordan 5 ‘Paris Saint-Germain’ makes no particular reference to Neymar Jr., it does feature the main Paris zip code, 75, where the traditional 23 would be. PSG’s slogan, “Ici c’est Paris” (here is Paris), is included behind the tongues.

There is no official word yet on when the Air Jordan 5 ‘Paris Saint-Germain’ will release, but these photos come from @ln5factory, an account that has posted several fake shoes in the past. We’ll update you when we know more.

Will you be trying to grab this Air Jordan 5 if it drops? Let us know in the comments below. 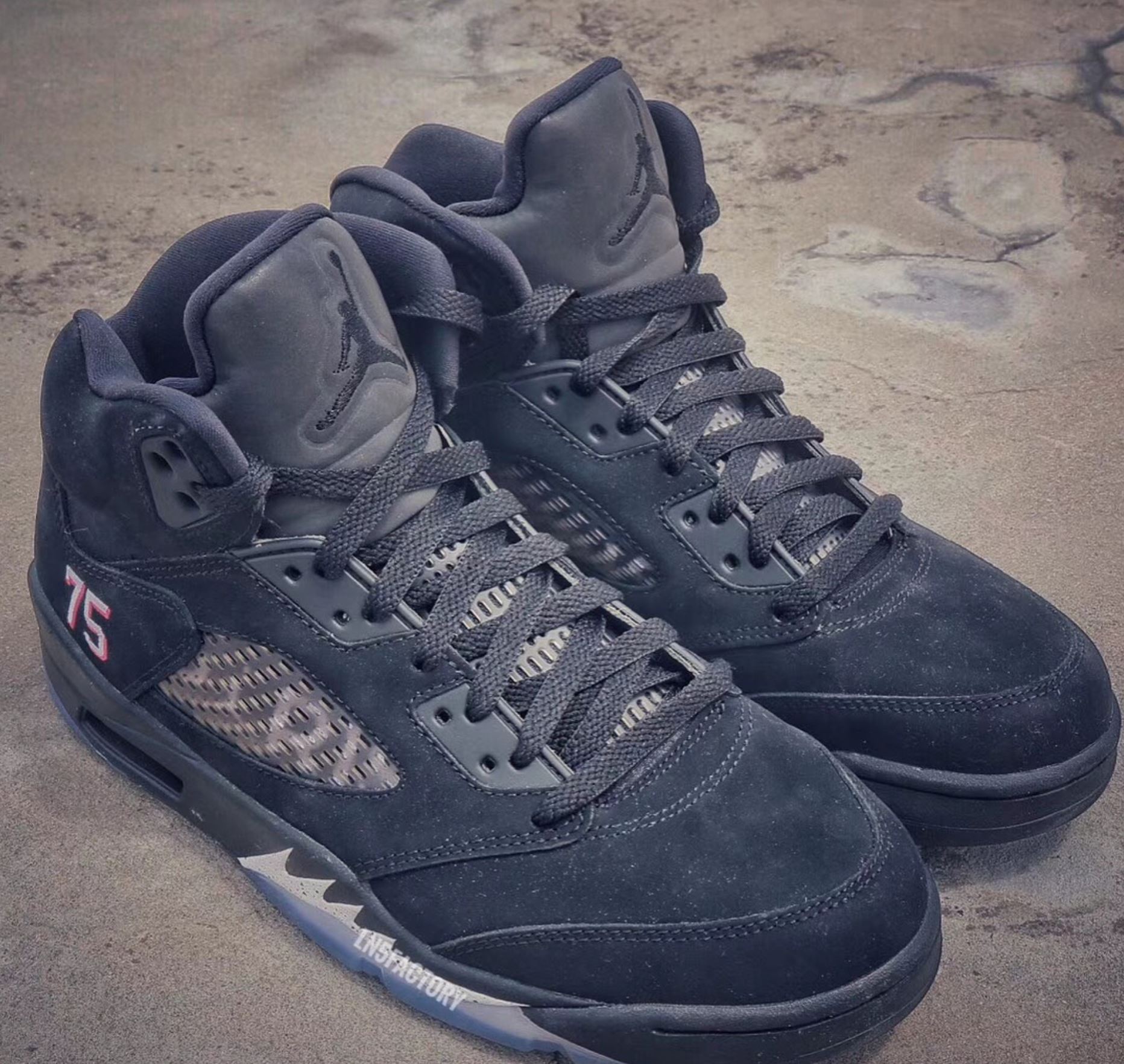 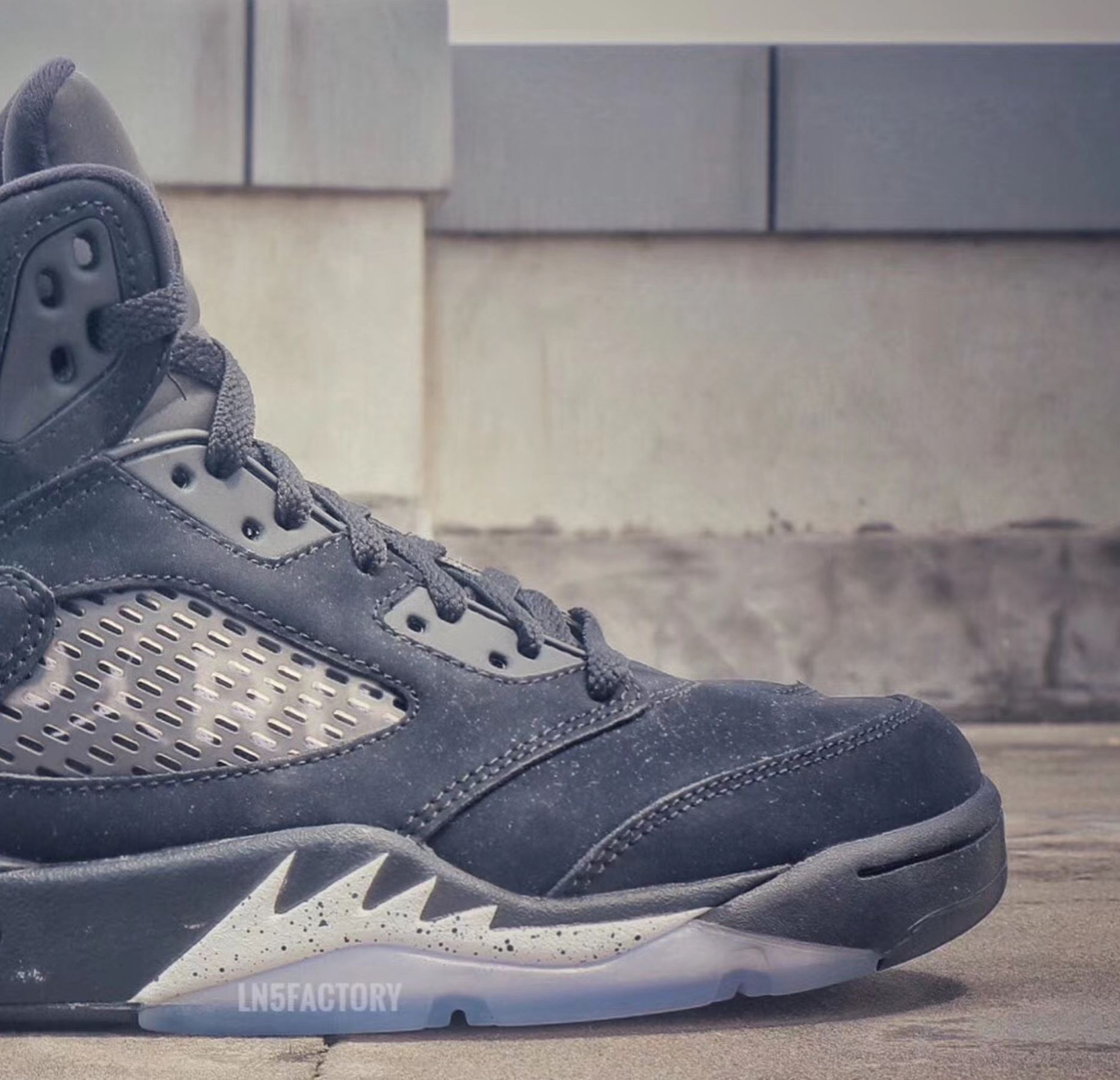 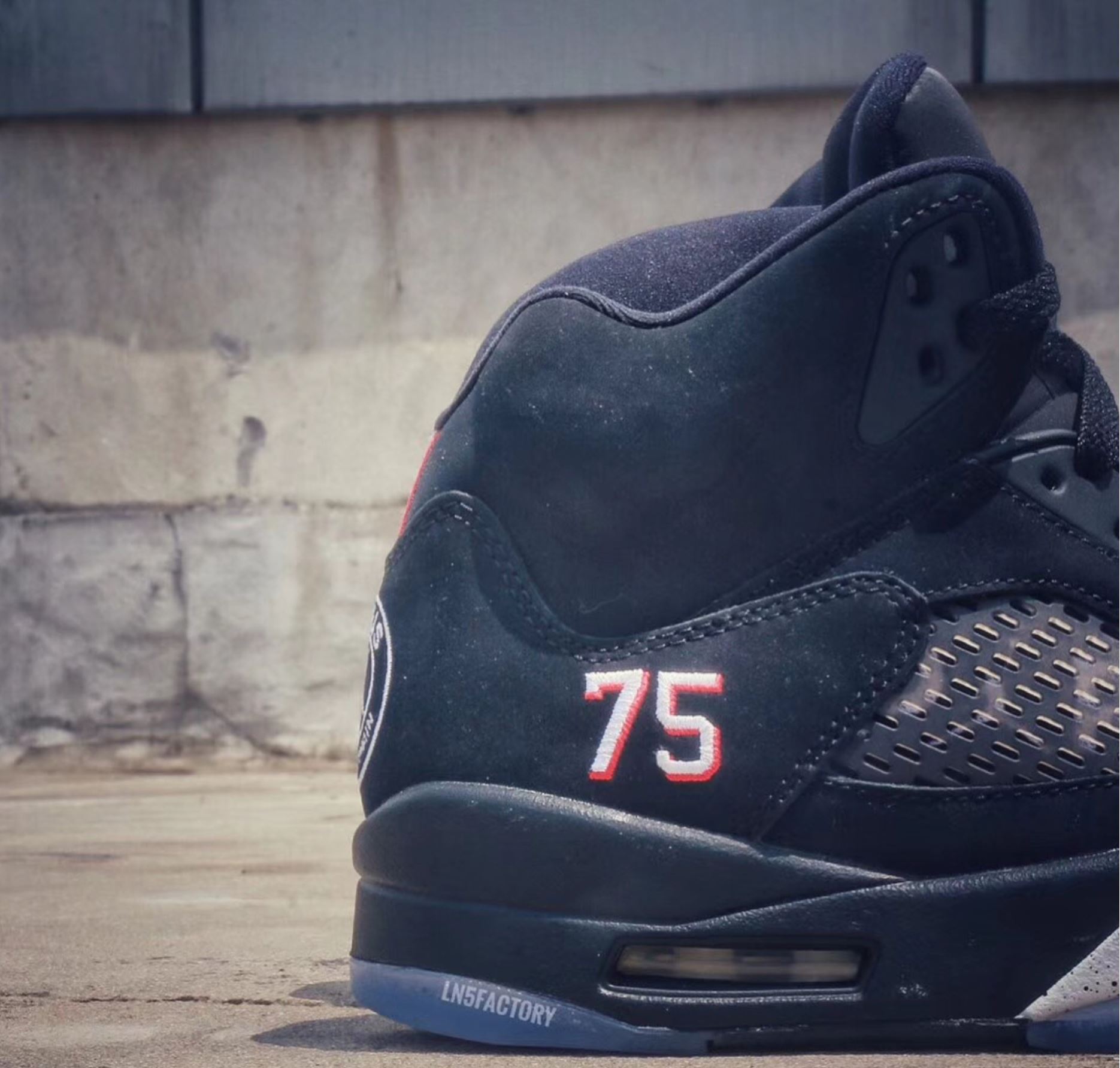 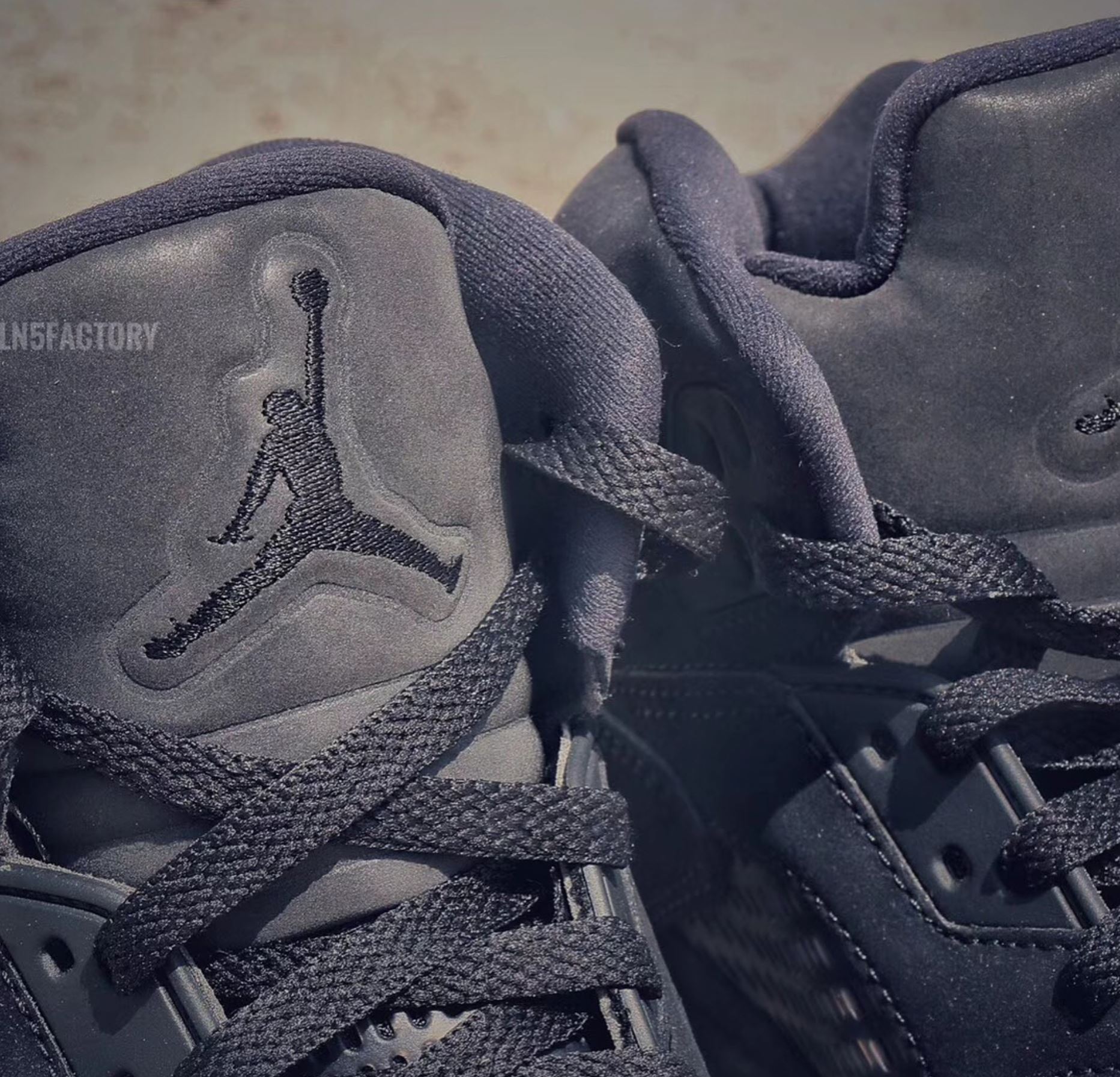