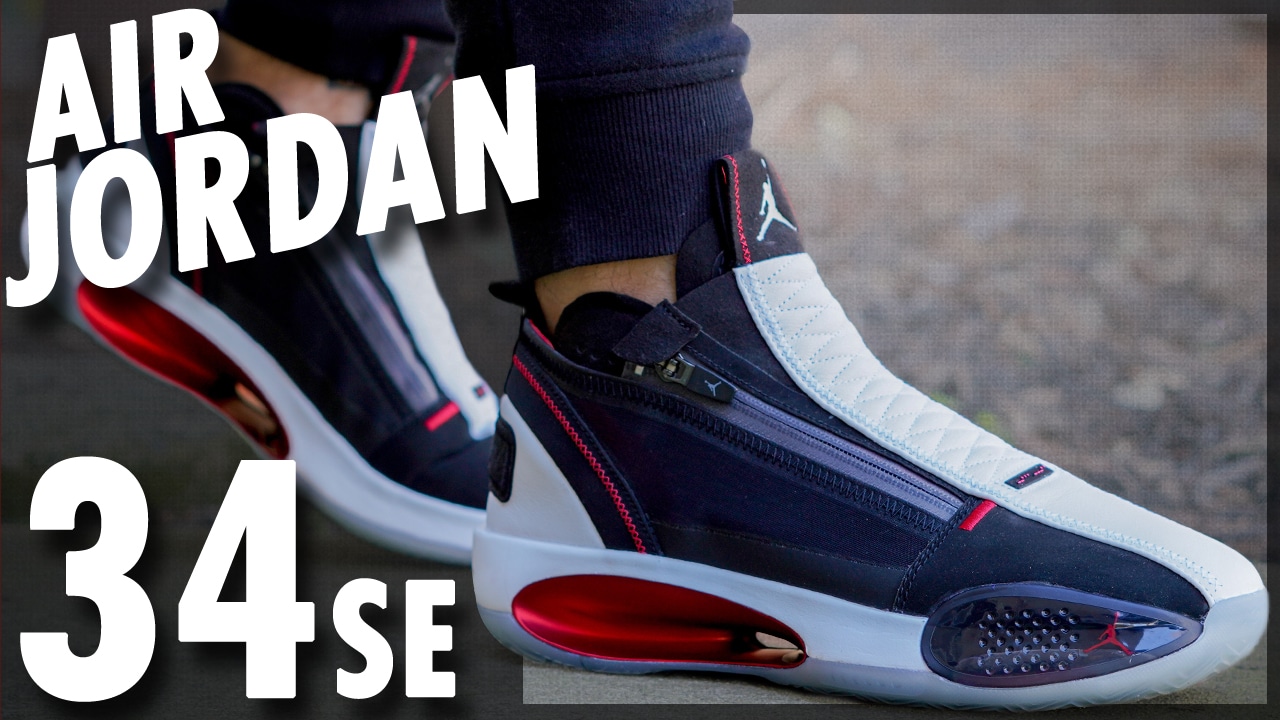 While the original Air Jordan 34 took a minimalistic approach, the Air Jordan 34 SE takes a more traditional approach with some 90’s flair.

The outsole and midsole tooling setup was great in the original version of the shoe and all remains the same on the SE. Full length herringbone traction along with an unlocked forefoot Zoom Air unit supported by the Pebax chassis Jordan Brand has dubbed the Eclipse Plate.

Layers of materials, ranging from synthetics to leather, make its way onto the build of the upper. Housing within a similar lacing structure found on the original. Two zippers lock the wearer into the shoe while each zipper features a unique feature that allows them to lock into place. Ensuring the enclosure remains closed when in use.

We’ll be testing the Air Jordan 34 SE to see if anything has changed between the original on-court. We hope you enjoyed our detailed look at the Jordan 34 SE and stay tuned for the performance review in the coming weeks.