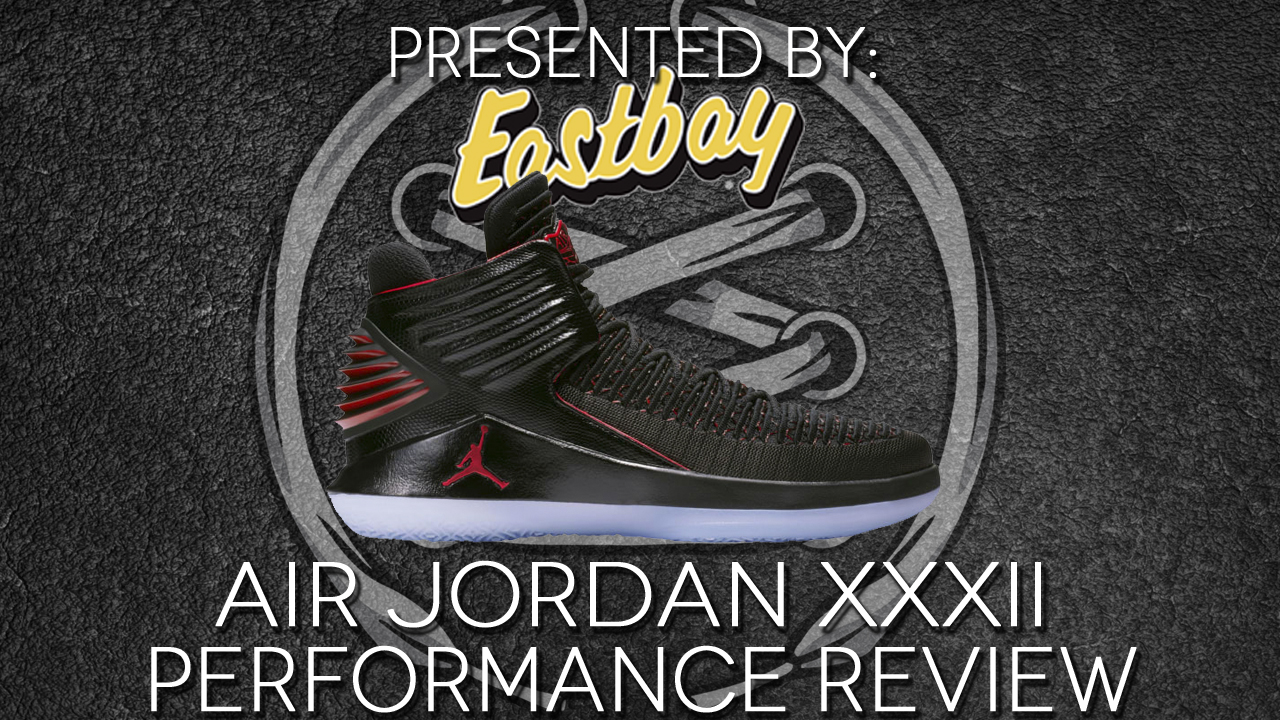 This is MJ’s 32nd signature shoe…sheesh. Where has the time gone? We’re here to find out how the Air Jordan 32 performs, so buckle your seatbelt and get ready for the ride.

You can Purchase the Air Jordan 32 now at Eastbay.com 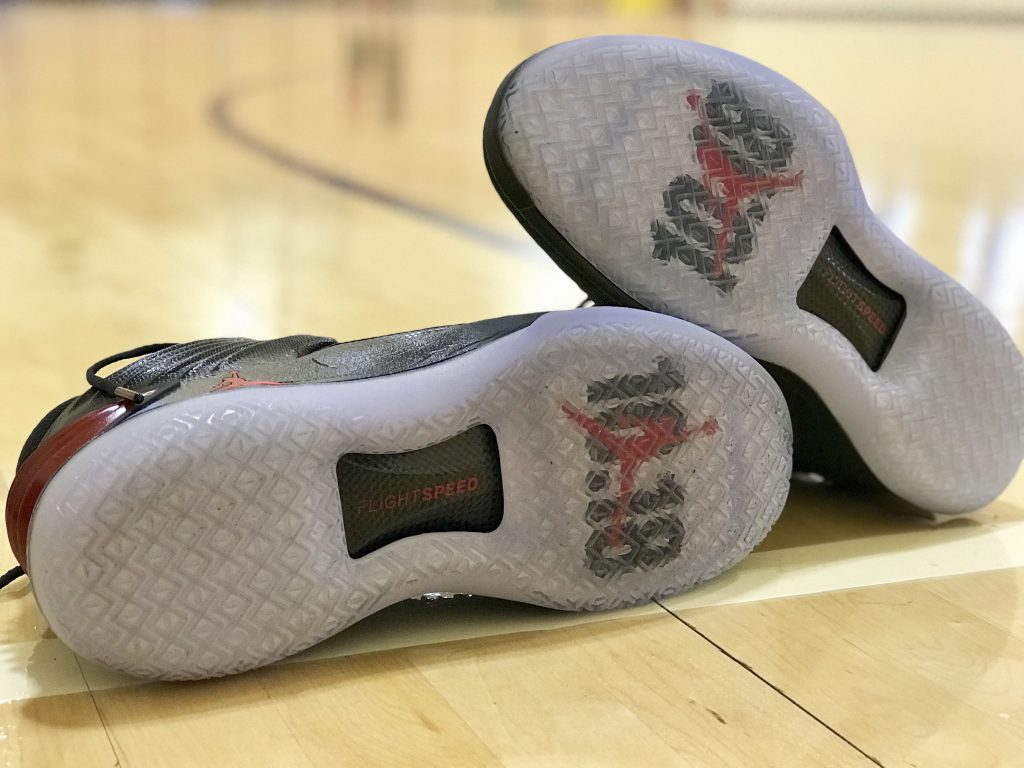 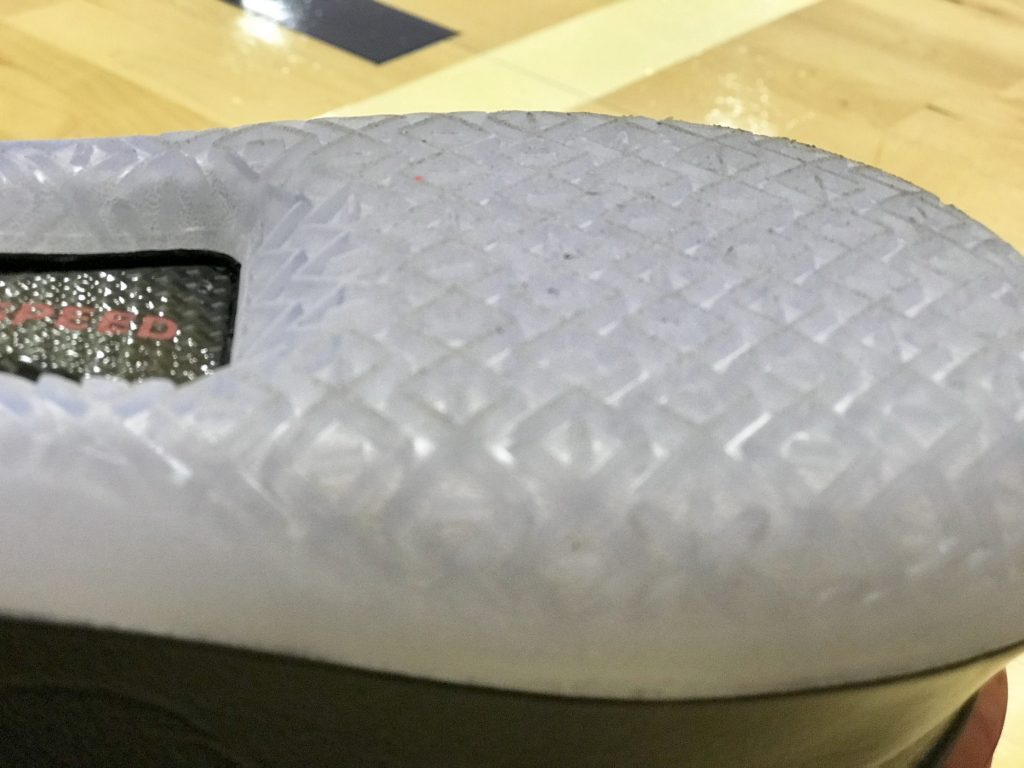 Traction – I so wanted to give this a Hall of Fame Badge, and it was darn close. No matter the conditions on-court, the shoe held its ground. While the outsole is translucent, the rubber compound utilized really gripped the floor well. The traction did require some break-in time, but after a few games I was good to go.

Even on dustier courts, I did find myself wiping like any common sense ballplayer would, but after that, I was off to the races. No matter hard the cuts I made or needed to make a stop on a dime, the Air Jordan 32 traction pattern played to all my needs. 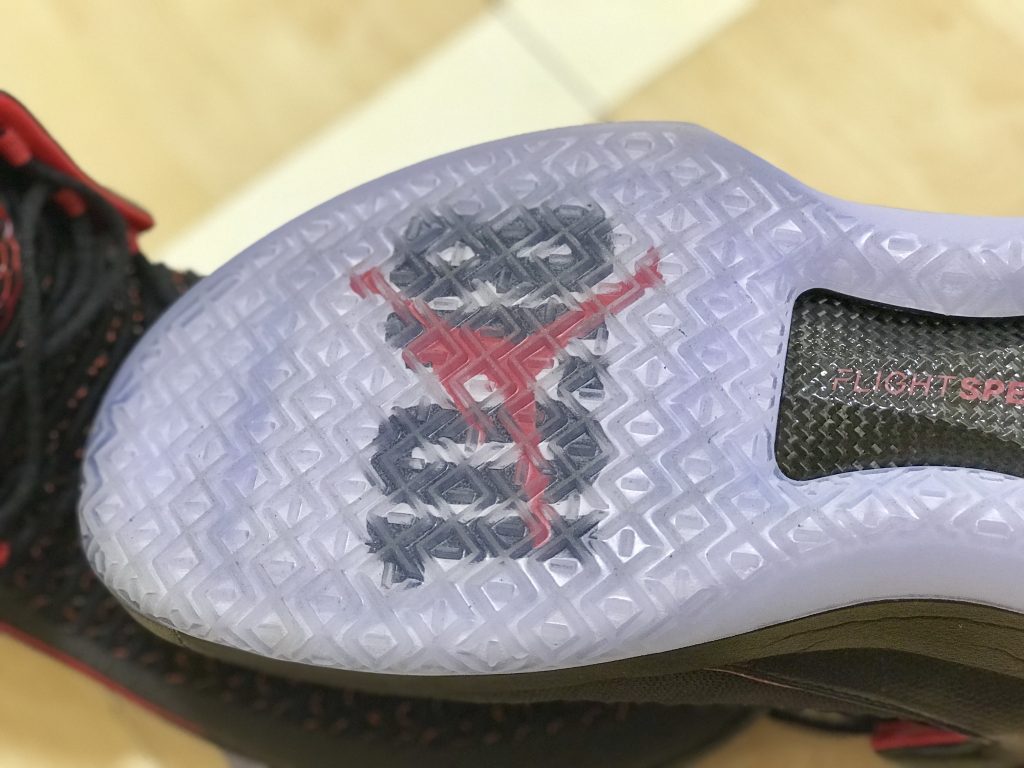 Cushion – The Air Jordan 32 uses forefoot unlocked Zoom Air and bottom-loaded heel Zoom. Oh yeah, that’s what I’m talking about. While the Zoom Air feedback isn’t as prominent as it was in the Air Jordan 31, the Air Jordan 32 worked well enough — especially with applied pressure, particularly along the forefoot.

The cushion setup provides enough stability and impact protection to give you springy bounce-back. The midsole itself was stiff to start off with but due to my playing style, it broke-in quite nicely — and that’s due to the Pebax moderator plate that’s placed inside the shoe. With time and heat retention, once you get the plate to soften up, the midsole, along with the Zoom Air units, will provide enough flexibility that the shoe feels like an extension to your foot. Definitely a major key, word to DJ Khaled. 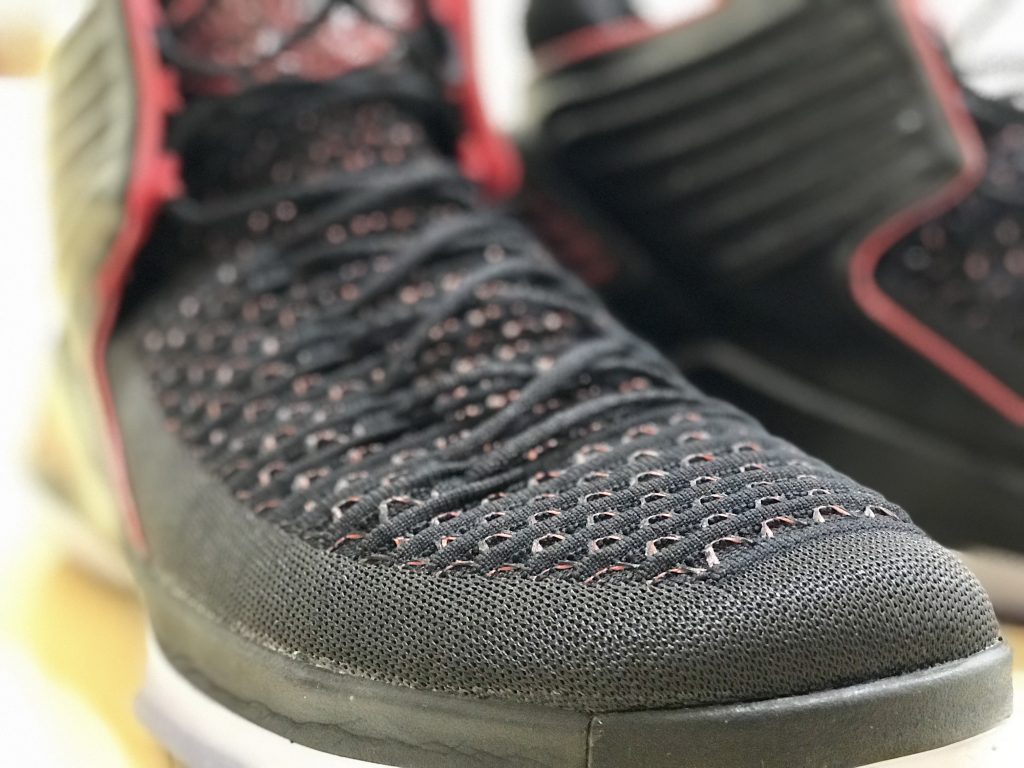 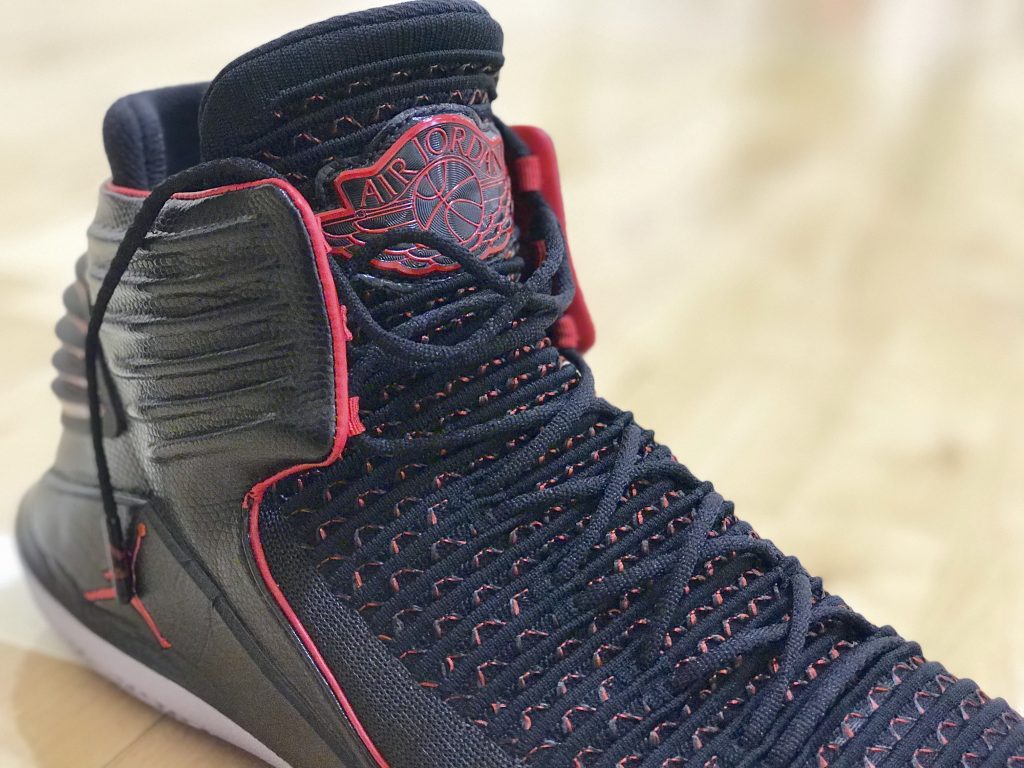 Materials – Mannnnnn, lemme tell you something! This is the Fyknit we’ve all been asking for. As close as the KD10 was for Flyknit, the Air Jordan 32 advances the technology. While it isn’t the most breathable of materials due to the layering in the upper, it almost feels like a sock to your feet.

The construction of the shoe was very strategically done. Certain areas of the shoe are woven together in unison where areas require the stretch, while other areas are tightly knitted to improve durability. The lacing system is integrated into the shoe is a nice touch but if you’re looking to swap laces you might be bothered.

The heel area features synthetic leather, and while not premium, it gives the shoe an extra layer for lockdown at the heel. The shoe magnificently used all the materials well together, which in turn, created an awesome basketball shoe. 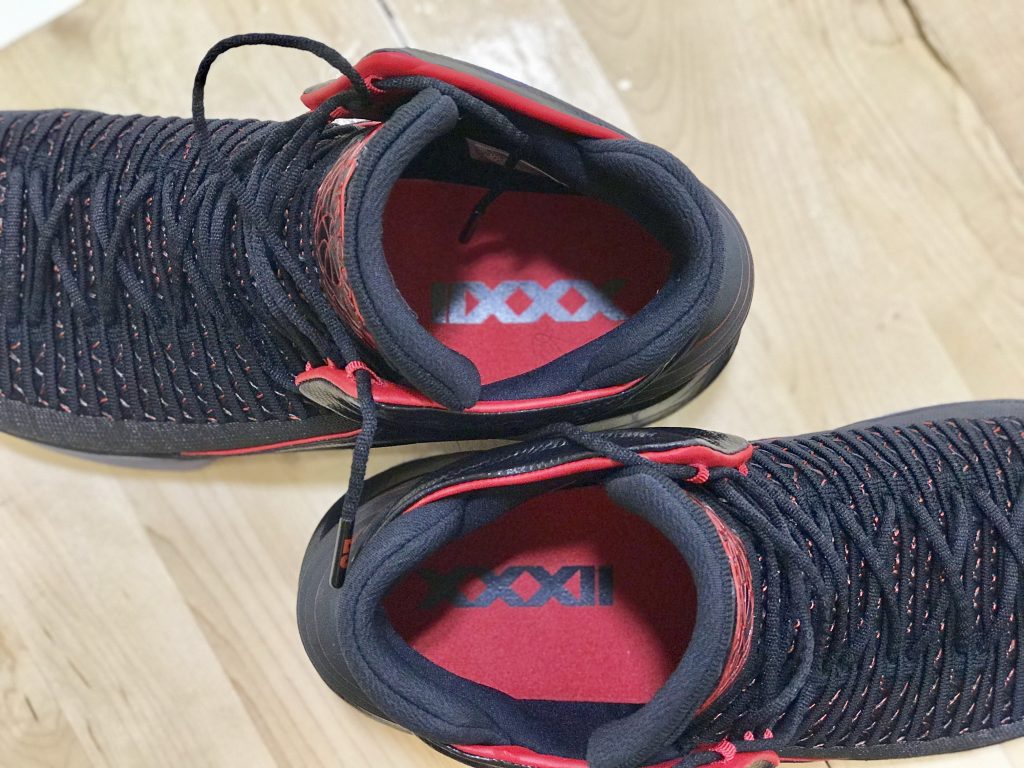 Fit – Coming from a wide-footer standpoint, there was little concern but TTS was the way to go. There are no ankle/heel pillows for those wondering, and there was enough padding provided by the wrap for comfort. While the shoe felt slightly long at first try-on, the more I played in the shoe the more the materials help work in and conform to my foot.

Lockdown was pretty consistent, with exception of the top lace loop. After long hours of playing I still felt like I couldn’t lace the shoe as tightly as I wanted to, but that’s just my personal preference. A lot of it had to do, again, with the materials stretching over time and conforming to foot, so some lacing adjustment may be necessary. 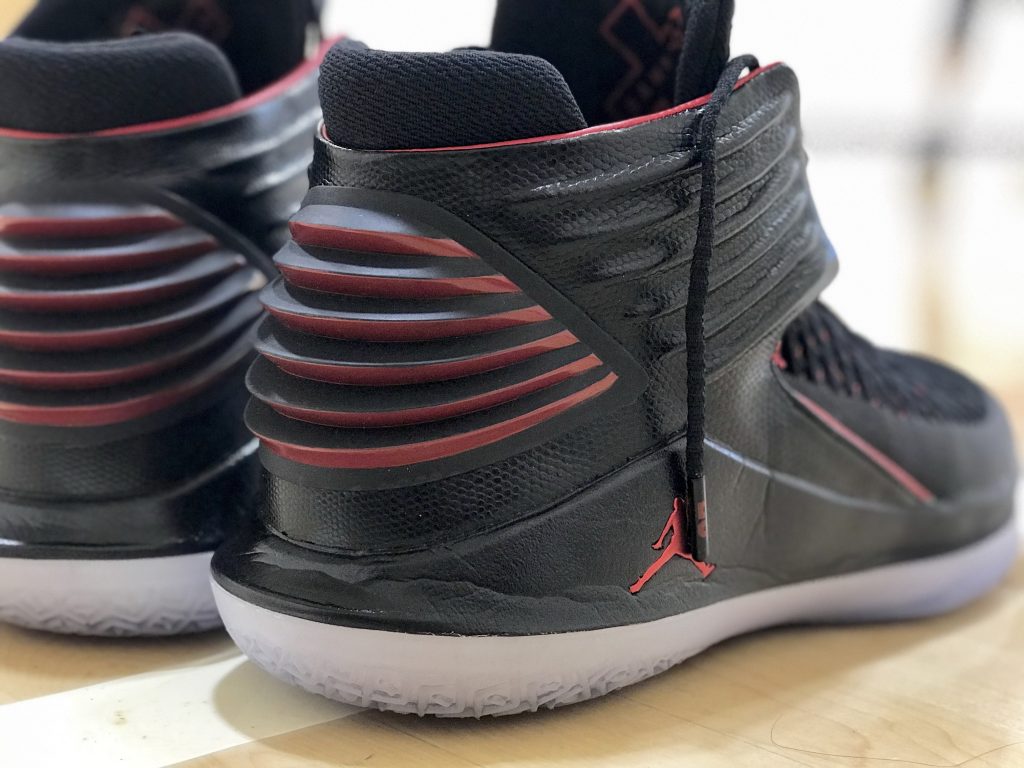 Support – Your fit is everything, and if you get your correct size, the support shouldn’t be an issue. From the Pebax moderator plate to the gridded pattern outsole and the impact protection from the Zoom Air units, the shoe’s build worked extremely well. And that’s exactly how a top-tier performing basketball shoe is supposed to work — use what’s needed and remove everything that isn’t.

It isn’t a game when you’re trying to do work on-court and a shoe doesn’t work. The Air Jordan 32 was like the joyride the two parking attendants took in the 1961 Ferrari 250 GT California in Ferris Bueller’s Day Off — it was awesome. 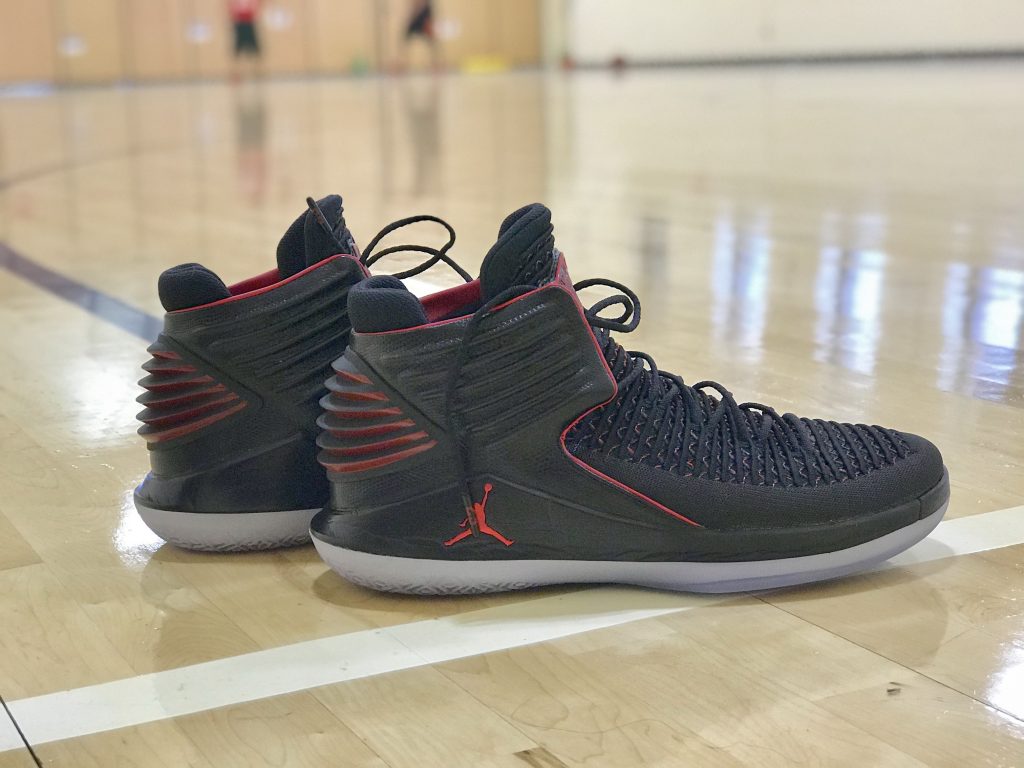 Overall – This is hands down the best on-court Air Jordan Model to date, as it should be. Every feature fits the mold to near perfection. Jordan Brand took a huge step in the right direction across all performance aspects.

While I prefer no break-in time on shoes, I was okay with this model actually forming to my feet. I hope Jordan Brand will shed some weight from the shoe because I’ve become used to much lighter shoes over past few years. However, the weight shouldn’t deter you from this model. The shoe does everything well, and then some.

On a personal note, this shoe had a bigger meaning for me due to the date on the outsole of the shoe, 10.18 — it’s my late mother’s birthday. Sometimes, things work in mysterious ways. However, I don’t want you all to get the wrong idea and think that because of the personal connection I am scoring the shoe better or worse. WearTesters as a platform is never about playing favorites because we are all about integrity. My late mother would tear me a new one if I gave up my personal ethical and professional integrity.

So big thank you to Jordan Brand because you made this kidult’s day on and off the court. My mother would probably take these shoes and rock them for herself — they have her birthday on them. 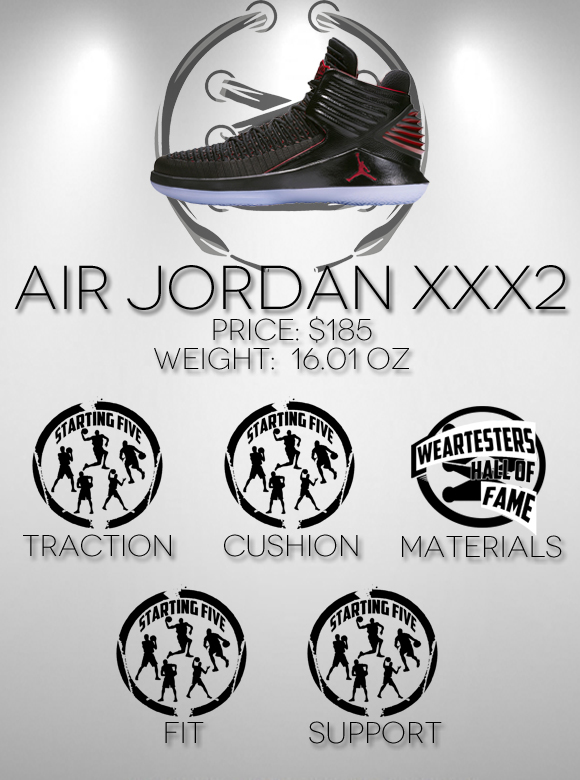