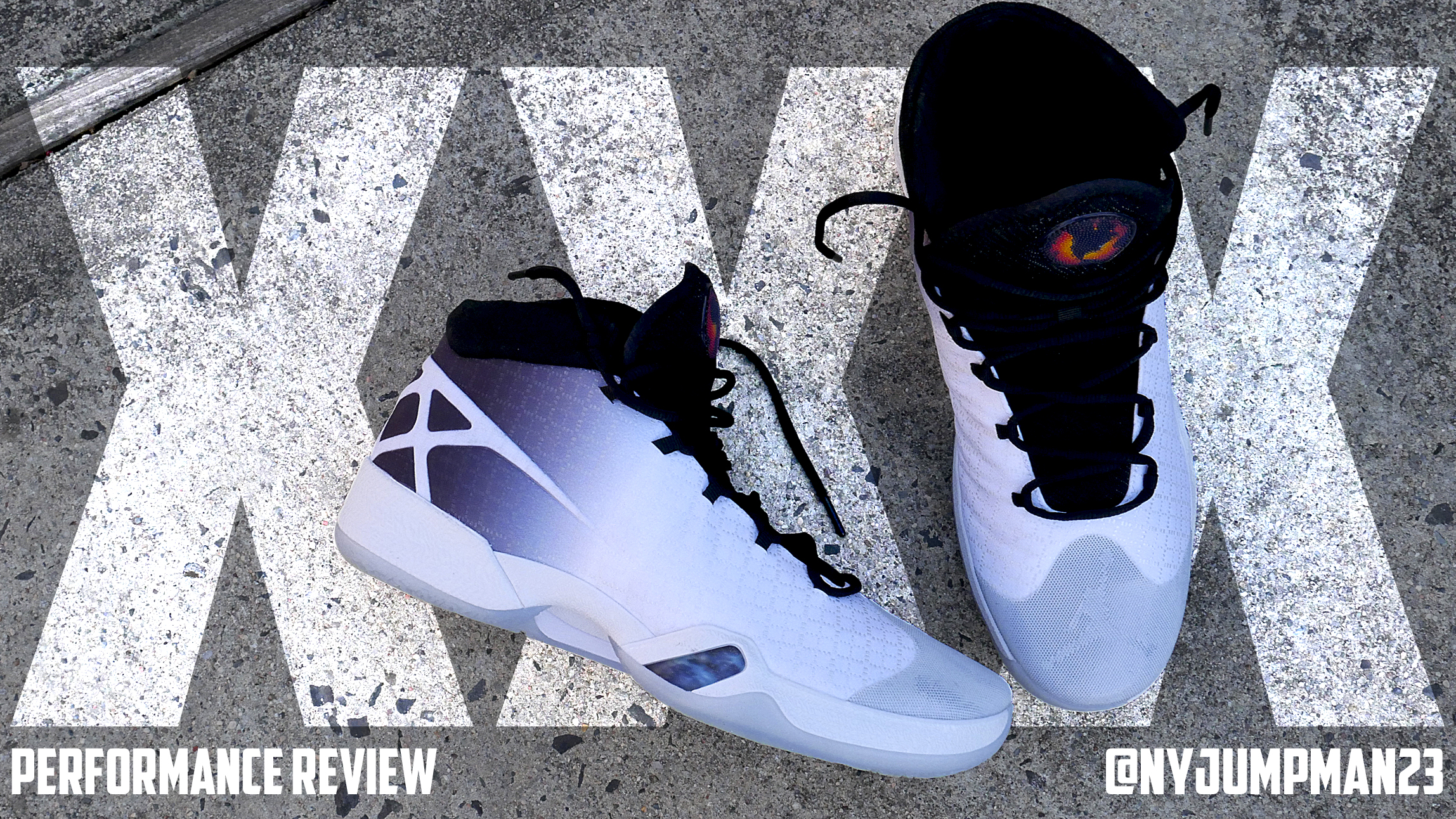 “THE NEXT FRONTIER OF FLIGHT”

We’ve been expecting you all…and now we present to you the performance review of the Air Jordan 30. 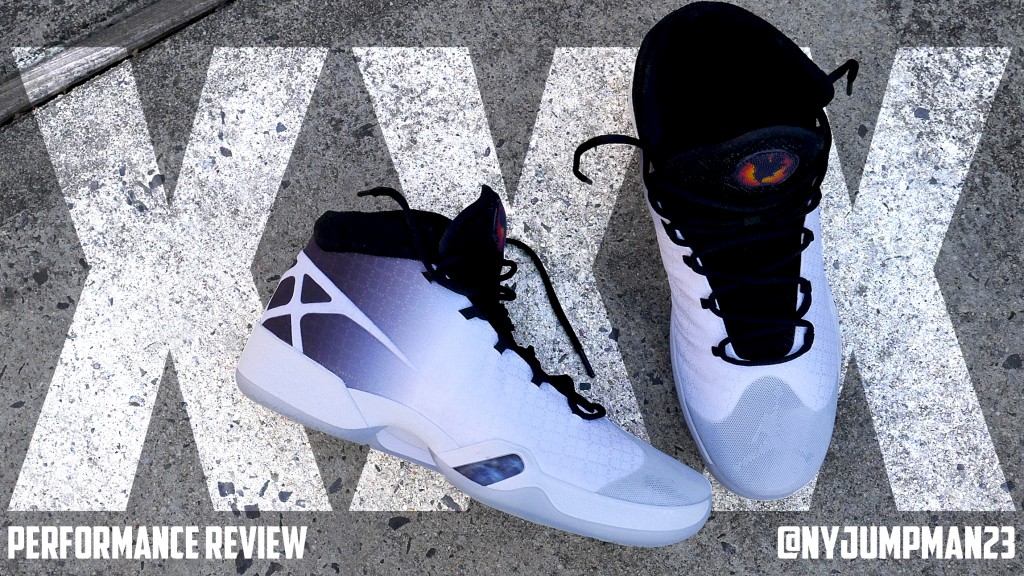 If interested, you can pick up the Air Jordan 30 at these retailers: 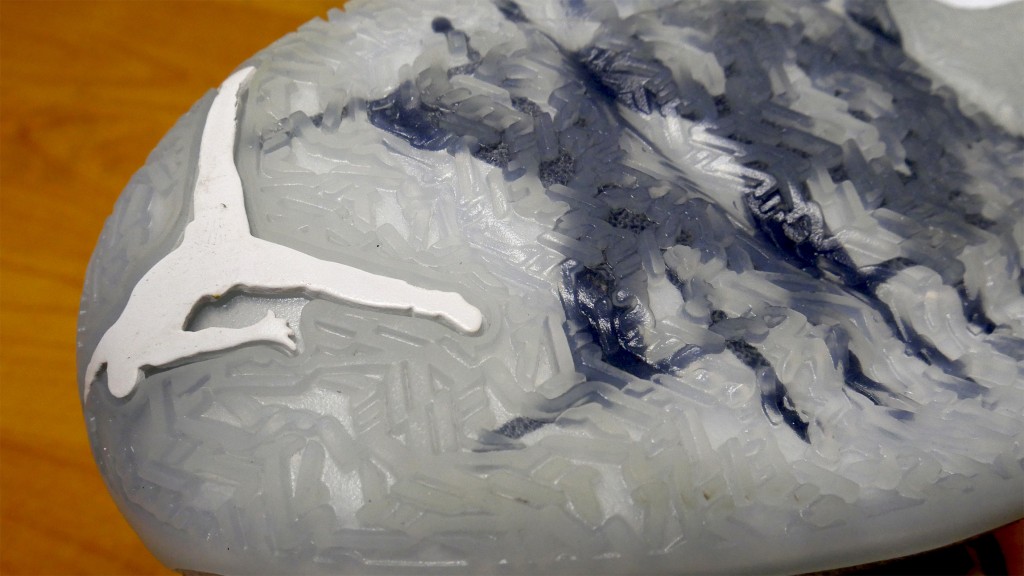 The traction does execute well on very clean courts, but I still find that it could be improved. I wish it utilized the rubber content and design from the XX8. This traction was a slight step back, but I do like the idea and concept of utilizing a 3D inspired herringbone pattern to magnify Jordan’s pinnacle standard. 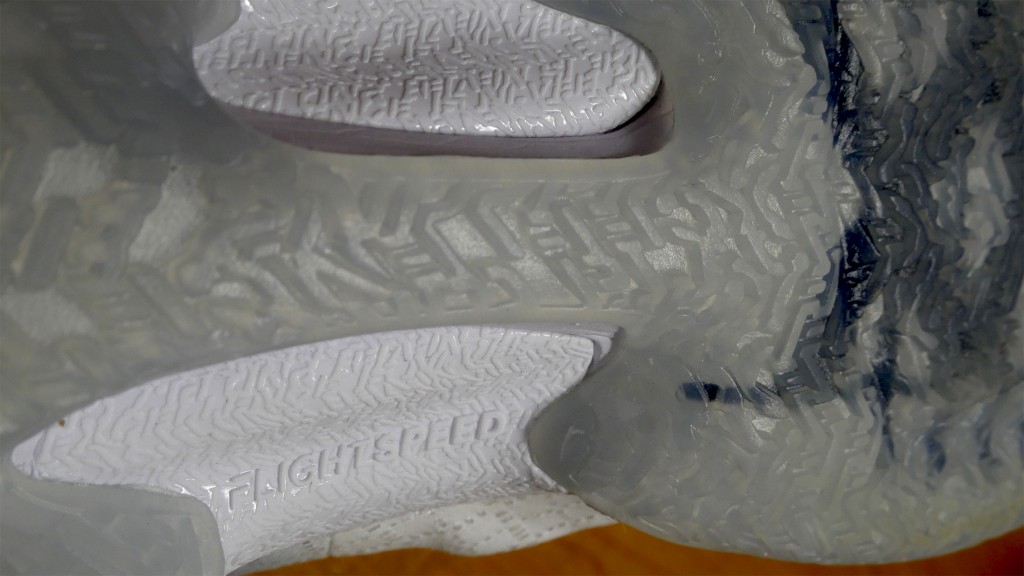 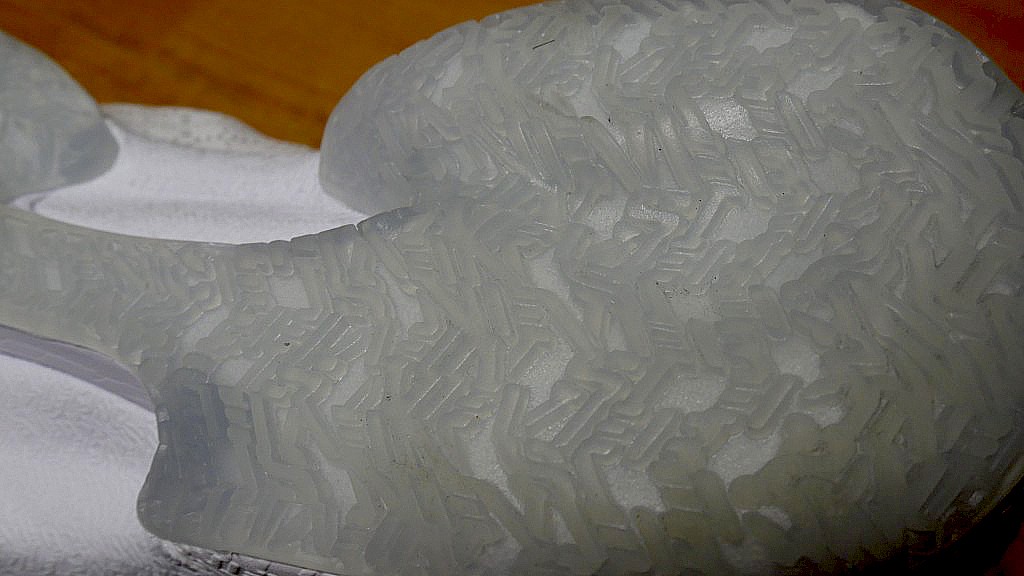 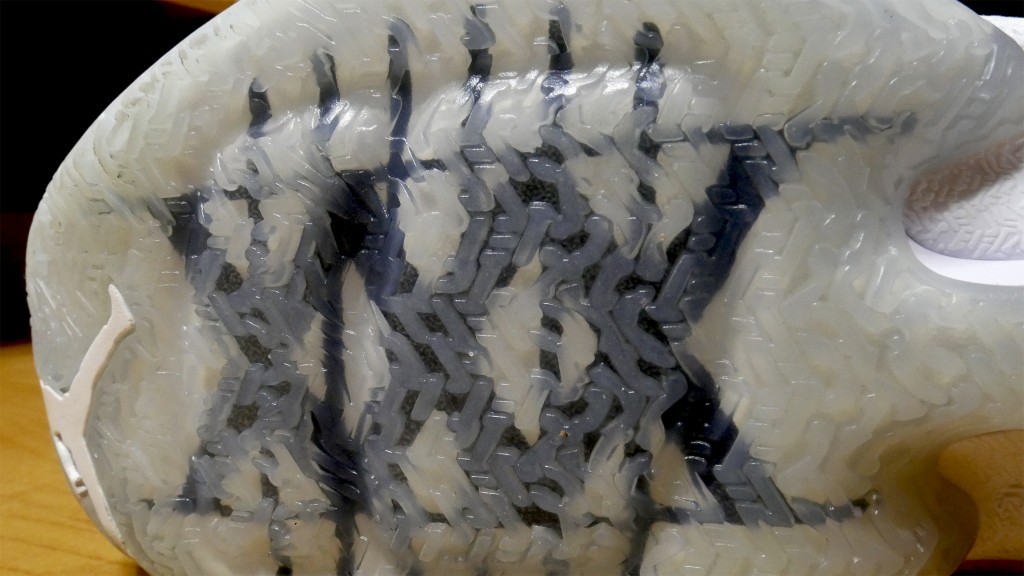 Cushion – The cushion set up is something that you’ve probably all seen before. The Air Jordan 30 utilizes the same cushion set up as the Air Jordan 29. You feel the prominent forefoot Zoom and the cored out portion of the heel for impact compression. The Zoom on these felt a little bit better compared to the 29. I would much rather prefer full length Zoom or a combination or forefoot and heel Zoom, due to my age and how I land on impact upon rebounds and finishes around the basket. However, the cushion setup worked as expected. 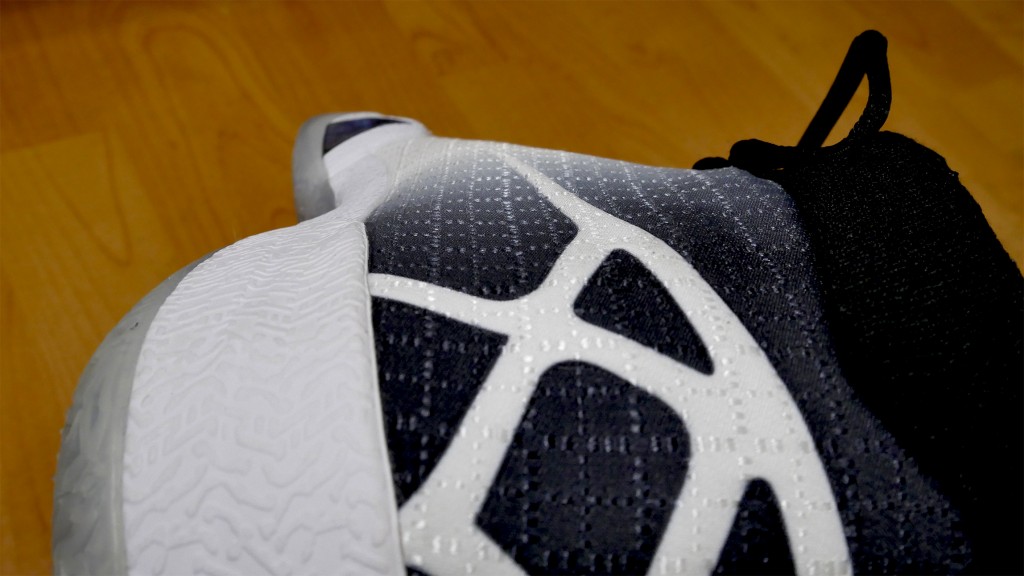 Materials – Here is where I have mixed thoughts. Jordan Brand states that the Air Jordan 30 debuts an “exclusive mix of woven, knit and printed materials.” The woven upper provides a much stronger feeling as it’s more tightly knit. Additionally, the knit at the ankle and the interior is stated as offering “softness and breath-ability.” I disagree on the softness of the interior itself because yes, there is knit material, but I did feel that the interior lining felt much more rough against the skin that what we’ve been used to.

If you wear low or no-show socks, and you have the shoe tied to the top eyelet, then you might feel the materials start to feel like an Indian burn against your skin. Also you might notice that the performance woven material around the foot feels slightly thin, but it’s not much of a concern overall due to how the material is architecturally structured. 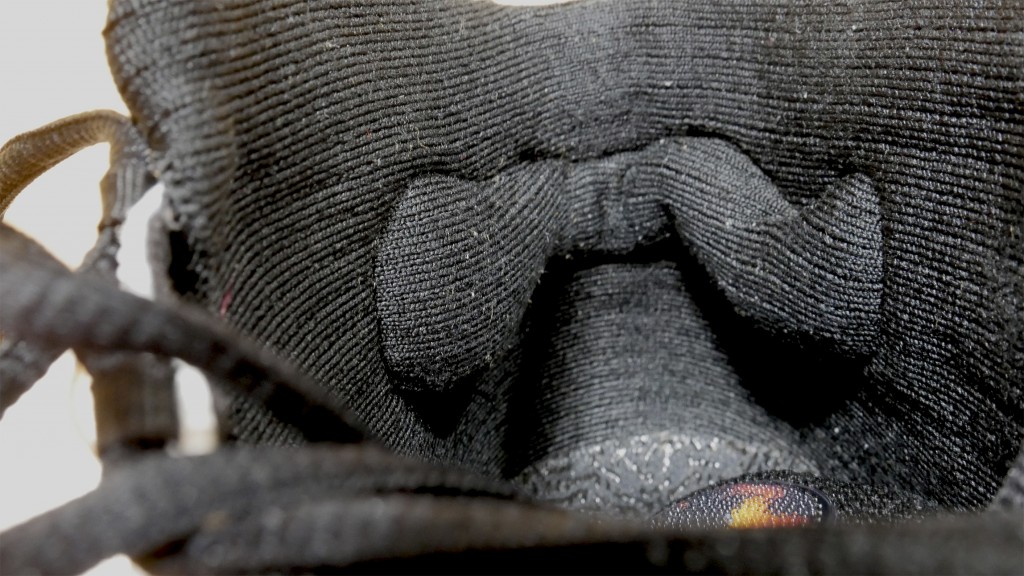 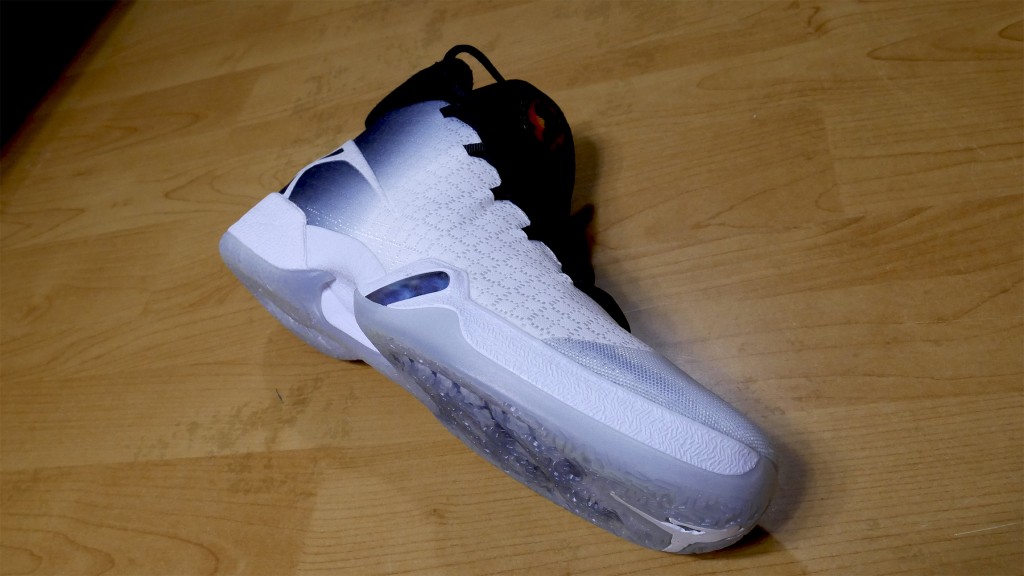 Fit – The overall fit, as stated in my previous overview, is that the shoe fits snug, especially on the area along the forefoot. There is a necessary break-in period for to the upper knit material to form around your foot. Even with the slight snug fit, the shoe felt more structurally sound than the 29. I would stay true to size, even with a slightly wider foot, but if you do have a much wider foot or require a usage of an ankle sleeve and/or brace, I would suggest half-size up. The best bet is to go to your local retailer to try these on. The alternate issue I would say with the fit is just the heel counter pushing harshly into my heel/ Achilles causing lot of pain and even blisters, but you’ll hear more about that in the next section. 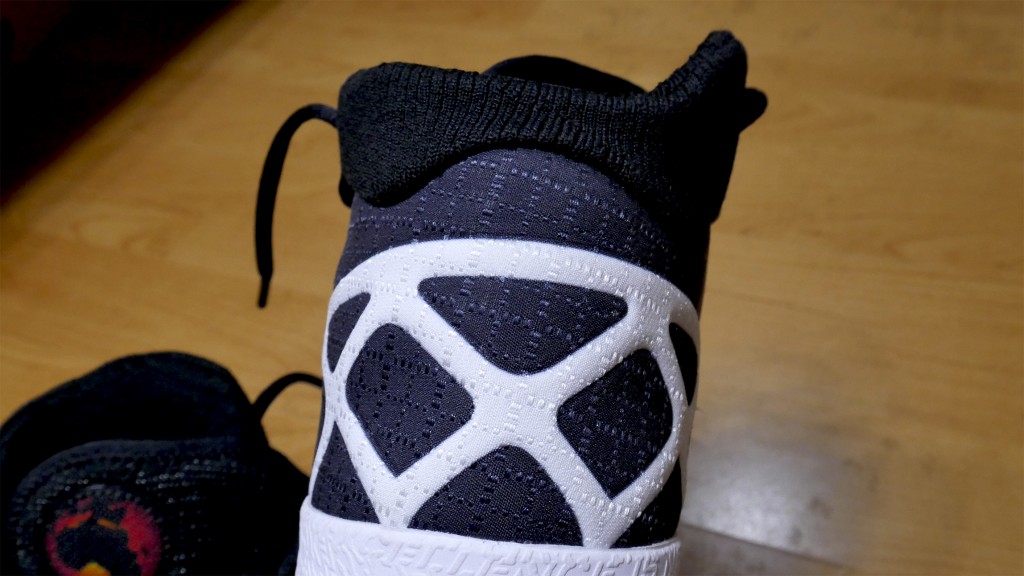 Support – This is where things get a little mixed up. The support is finite with the new upper collar and upper eyelet. Although support is added, I had circulation issues when tying the shoes tight.
The major issue I had was the heel counter. The heel counter dug into the back of my heel and Achilles which caused discomfort and created blisters. Even with those issues, the heel counter kept my foot in place. I tried lacing the shoe without the top eyelet but I was worried due to lockdown concerns. The only way I played without discomfort was to lace the shoe loosely so I wouldn’t have issues with the heel counter digging into the back of my foot. However, that is a major concern because I shouldn’t have to change the way I’ve always tested or worn a shoe just to wear the 30.

The one standout is the segmented rubberized pattern printed onto the insole. It kept my feet from shifting on quick cuts or movements regardless of the athletic socks I was wearing (Nike Elite and Stance NBA socks). That minor detail Jordan Brand utilized should be considered a standard on future basketball shoes. 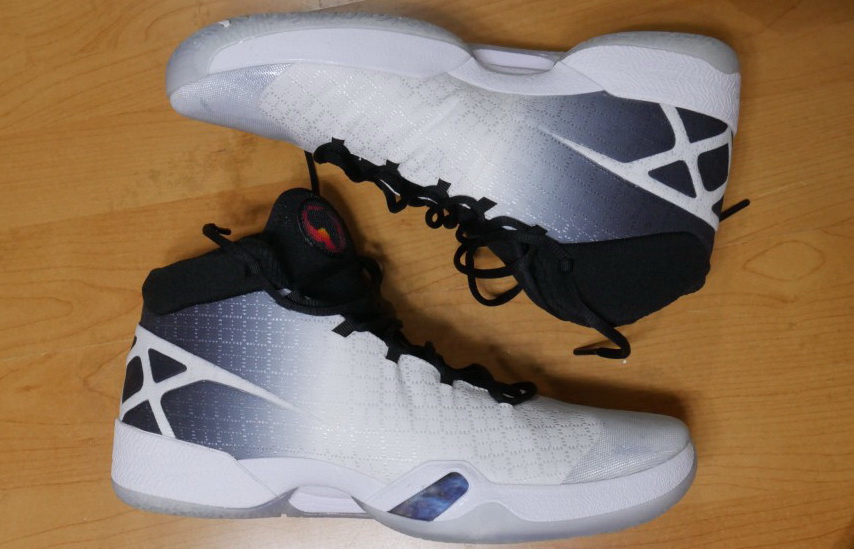 Overall – The Air Jordan 30 performs decently. While the thought process of utilizing a 3D pattern of an outsole and an upgraded knit upper was quite appealing, the execution of these elements seemed like an afterthought. Brands generally have a two to three year window to design, acquire and implement new materials, and wear-test the shoe prior to release; so when the statement of “we had no time” came out at the 30 reveal, it caused some concerns.

As someone who has tested for brands, if something didn’t work, I’d immediately get in touch with my contact and let them know the issue, and it would be brought to the design and product development team to make the proper adjustments. Now, if this shoe was tested and the testers gave it the thumbs up, then I’d personally take it as disrespect to not only the brand but also towards people who’ve done it before them and honed the craft. You cannot give an okay on a shoe if there are issues that, in my case, caused pain in certain areas to my foot. It’s generally unacceptable to not only the consumer, but also the core athlete.

If the shoe wasn’t tested and just released (which I sure hope wasn’t the case), then it would be easier to point the finger. When you give a nod to something that isn’t done properly, you’re accepting mediocrity. Or, you just don’t care about the process, which is unacceptable, especially under Jordan Brand, whose tag line on original models is “Performance brand of excellence,” or the tagline used now, “Excellence is never second place.“

Don’t misinterpret this as being shots fired towards any brand at all. The thought process of the shoe was good, but the execution was slightly flawed. We all expected a different look of the shoe, but the general crowd gasped at an updated modern fit of the 29 (a 29.5 if you will). Don’t get me wrong, I like the shoe, I just have yet grown to love it. The issues I had caused my distaste.

However, there is a bright side to all this: I know somewhere, the team is busting it’s tail to get to where it’s supposed to be. You don’t work hard and attain the crown in the athletic footwear industry only to perform second best. Nike and Jordan Brand are the pinnacle when it comes to athletic performance and doing things outside the box. I’m hoping adjustments will be made and the individuals assigned testing particular shoes will be more thorough. I expect the brand to make sure things are done right and executed properly.

In the words of Drake, “I had someone tell me I fell off, ooh I needed that.” Again, this is not taking a jab towards the brand at all, but sometimes we all need a match lit under us to get us back on track, and I feel Jordan Brand will do it when we least expect it…hopefully sooner rather than later. With much anticipation, we’ll see you soon AJXXXI…! #TakeFlight 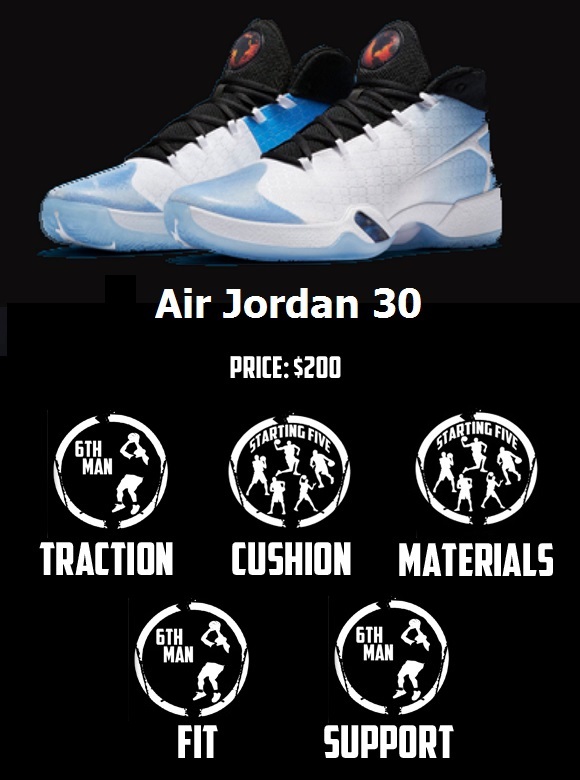