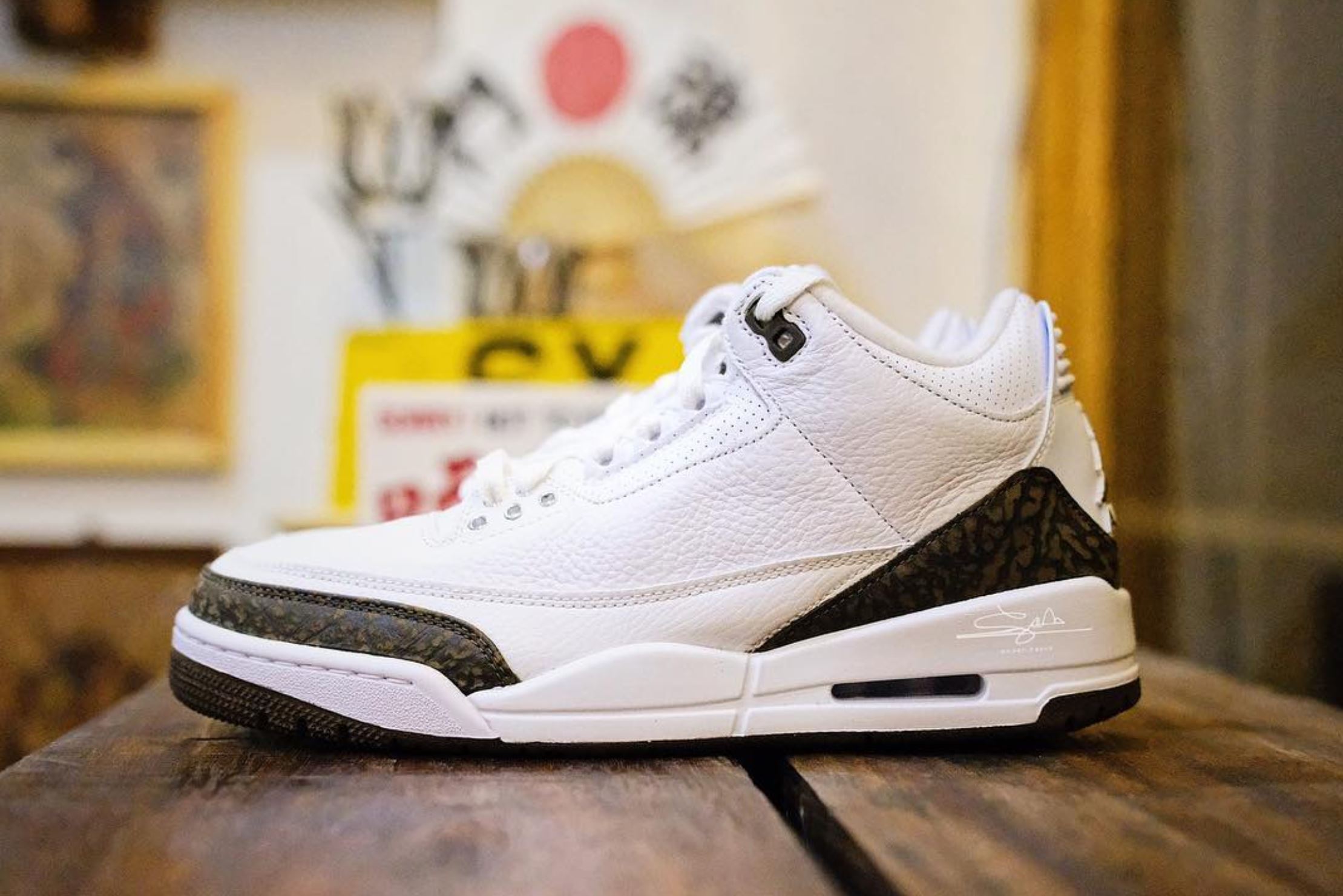 In 2017, leakers like @soleheatonfeet predicted that the Air Jordan 3 ‘Mocha’, last seen in 2001 as a general release, would retro in the summer of 2018. While that didn’t happen, it does look like the shoe is scheduled for a 2018 release.

Sporting a white tumbled leather upper with chrome accents on the forefoot eyelets, the Air Jordan 3 ‘Mocha’ Retro is known for its Dark Mocha elephant print accents at the toe and heel. Those that don’t like the vintage off-white tone the midsoles and heel tabs on original pairs have gotten over the years will get fresh white midsoles with this new pair

The Air Jordan 3 features a heel Air unit embedded within a dense polyurethane midsole. For more information on the tech and how this shoe performs on-court check out Nightwing2303’s Air Jordan 3 Performance Review. If this shoe doesn’t tickle your fancy check out Stanley T.’s review on the updated Air Jordan 3 Flyknit ‘Black/Anthracite’.

The original 2001 Air Jordan 3 ‘Mocha’ is now worth over $350, according to SPG, and pairs have been selling on StockX for around $400. However, the 2018 Air Jordan 3 ‘Mocha’ Retro could release in December, according to leaker @street8oy, as part of Jordan Brand’s Holiday 2018 release schedule. Expect it to be priced at $190 — we’ll update you when an exact date surfaces.

Will you be trying to pick up the Air Jordan 3 ‘Mocha’ in 2018? Let us know in the comments below.