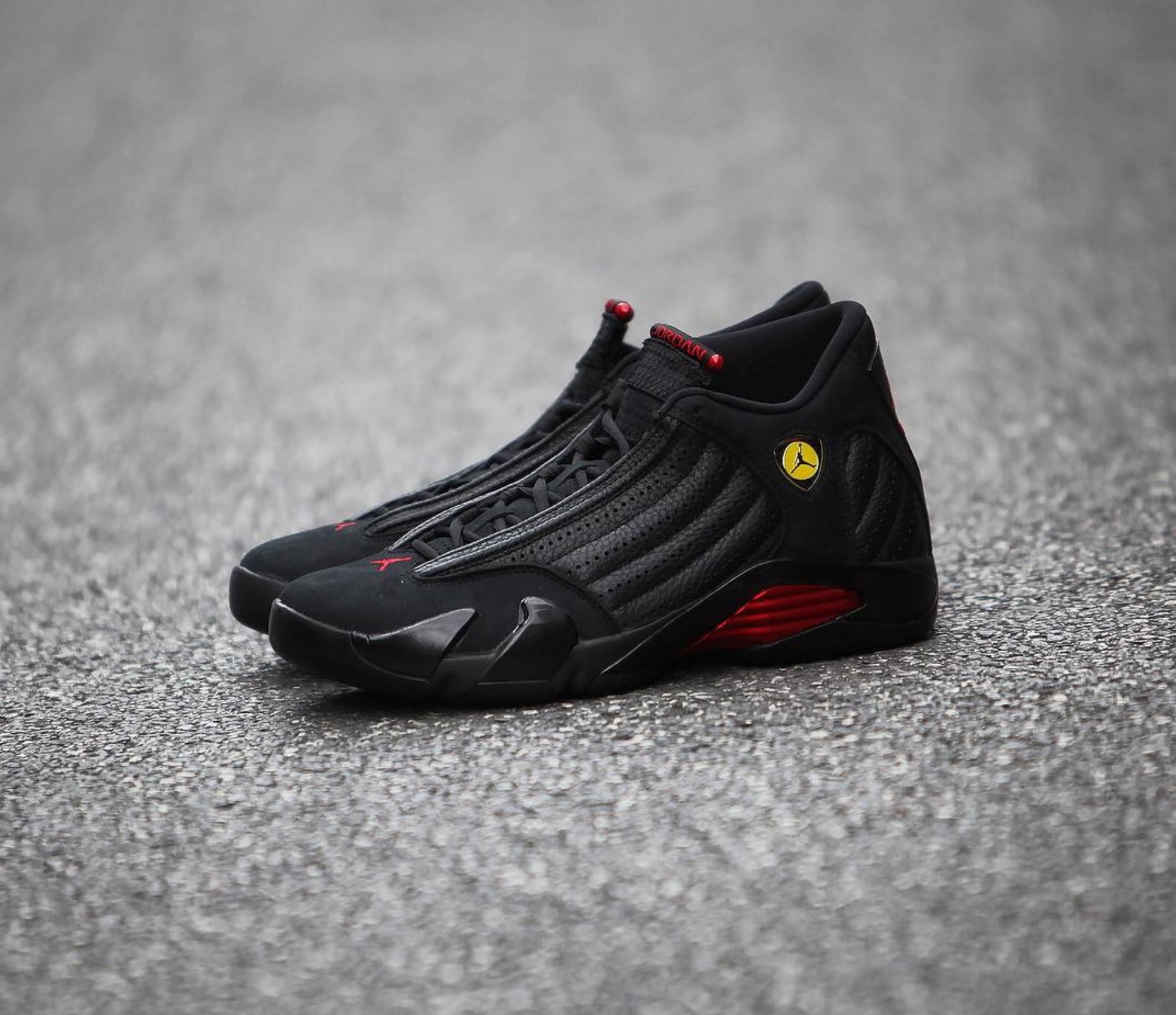 The Air Jordan 14 ‘Last Shot’ is back in 2018 after seven years in the Jordan Brand vault.

If you haven’t seen Nightwing2303’s Air Jordan 14 ‘Last Shot’ Review check it out before purchasing. Fans of this shoe should be pleased with the materials on this year’s build. Heel and forefoot Zoom Air are back, as is an insole lined with additional EVA pads located in players’ strike zones. According to Nightwing2303, the Air Jordan 14 is one of the best signature Jordans for performance.

Originally released in 1999, a year after Michael Jordan took his last shot on June 14, 1998, this year will mark the 20th anniversary of that iconic basketball moment. The last minutes of the 1998 NBA Finals gave MJ his sixth championship ring and sent the Utah Jazz back home ringless for the second year in a row. It also immortalized the Air Jordan 14 in sports history and popular culture.