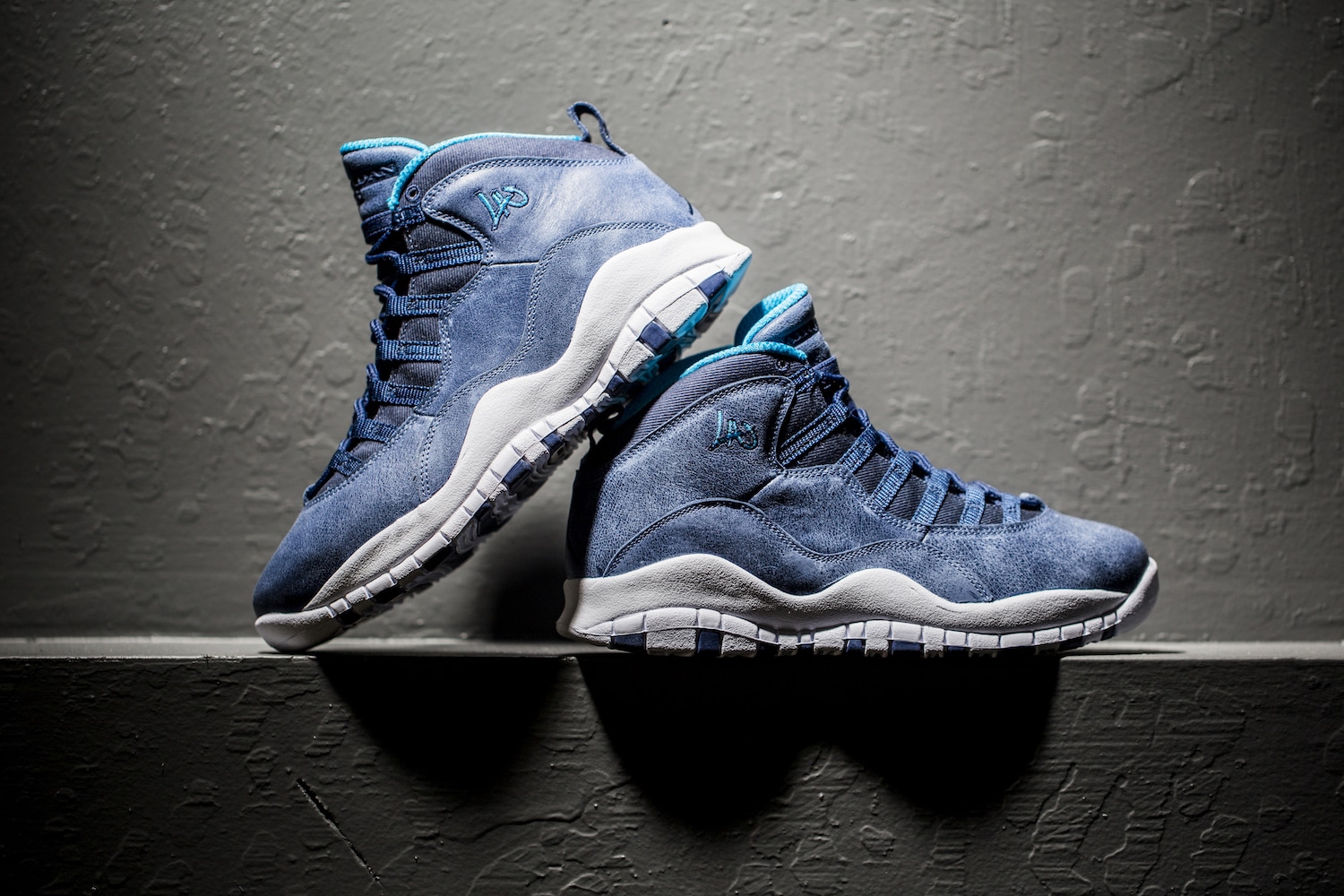 As I’m sure you’ve heard, Jordan Brand is ramping up for another City Pack. Now, we’ve got information on the Air Jordan 10 Los Angeles. No, it isn’t a part of a retro of the 1995 City Pack that included Chitown, Seattle, Orlando, New York, and Sacramento. Instead, JB is hitting LA, New York…so far. Paris and Charlotte renditions have been seen floating around the Internets.

I’ve spent a lot of time in LA and the valleys surrounding it. Besides for the Pacific and the awesome sky out West, I have no idea why this Air Jordan 10 Los Angeles is blue. It’s rumored that the color scheme is an informal ode to LA’s Dodgers, but that has not been confirmed by Jordan Brand.

All we can tell so far is that this Air Jordan X will have a similar leather upper to the one found on the AJX ‘Lady Liberty’. Tonal blue is clearly the aesthetic for this shoe, as ‘LA’ is featured in light blue in the classic Jordan X styling. I don’t know if it’s just these pictures, but the outsole also looks to be off-white. Arrival time for this latest rendition of MJ’s tenth shoe is May 14 at ShoePalace. 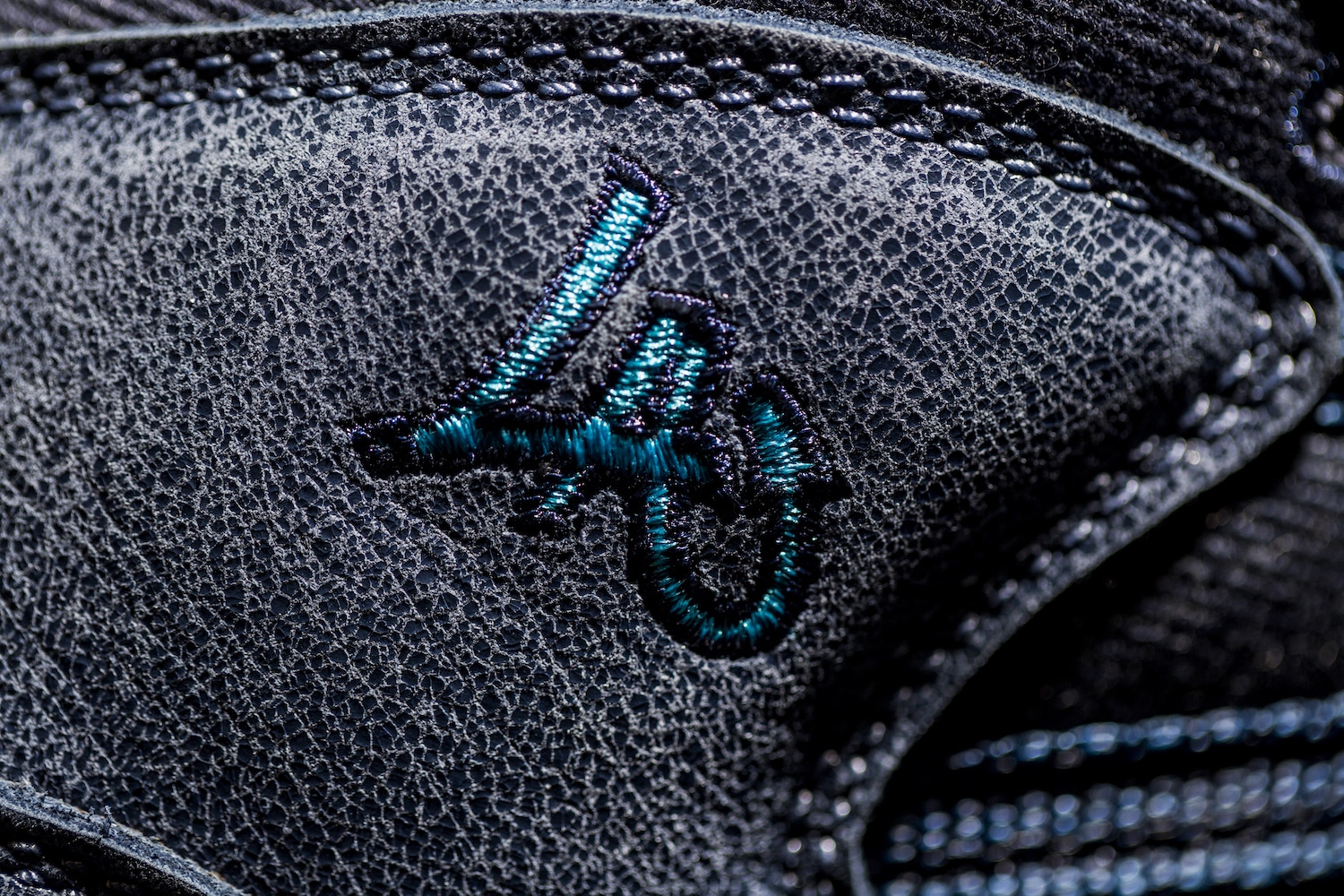 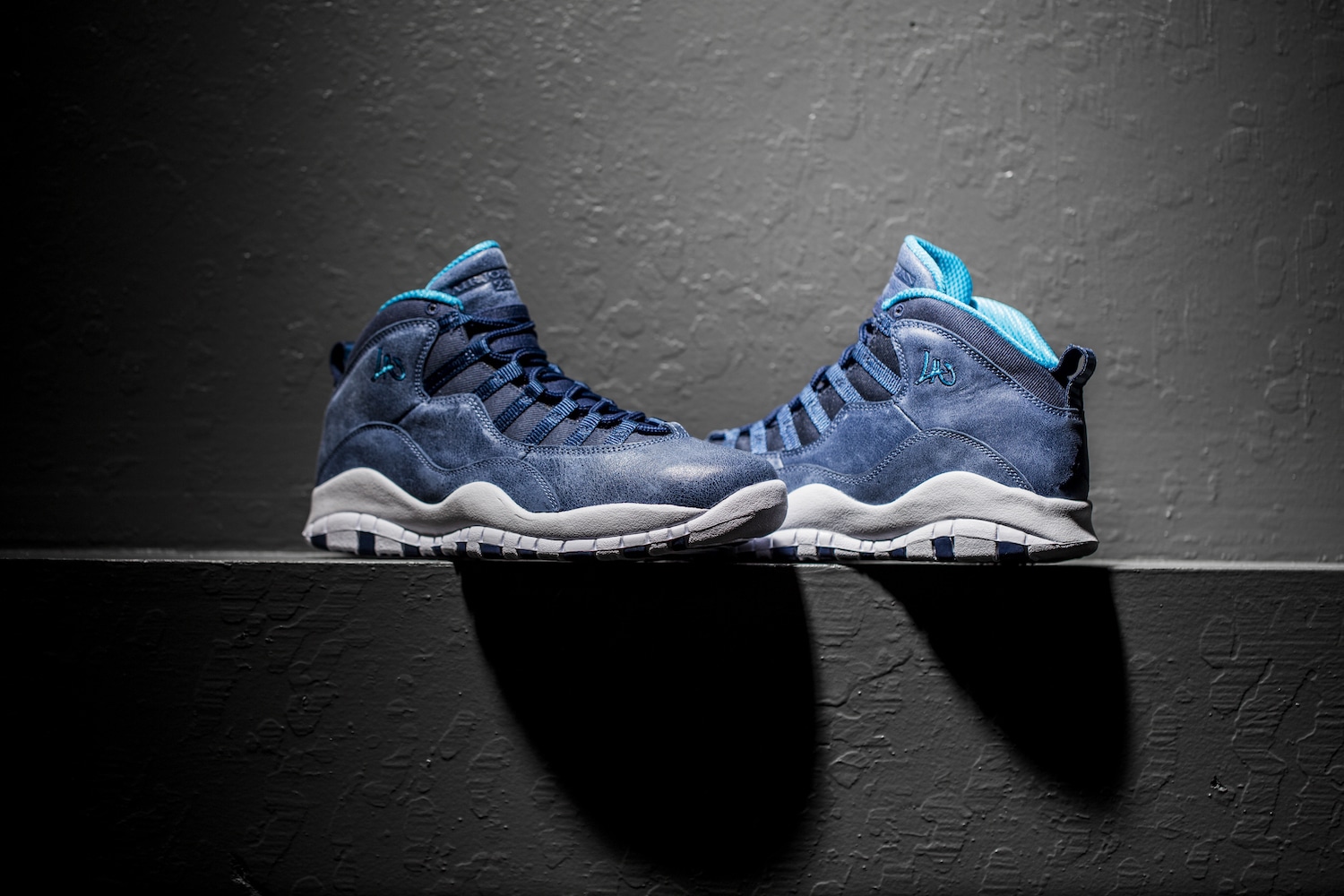 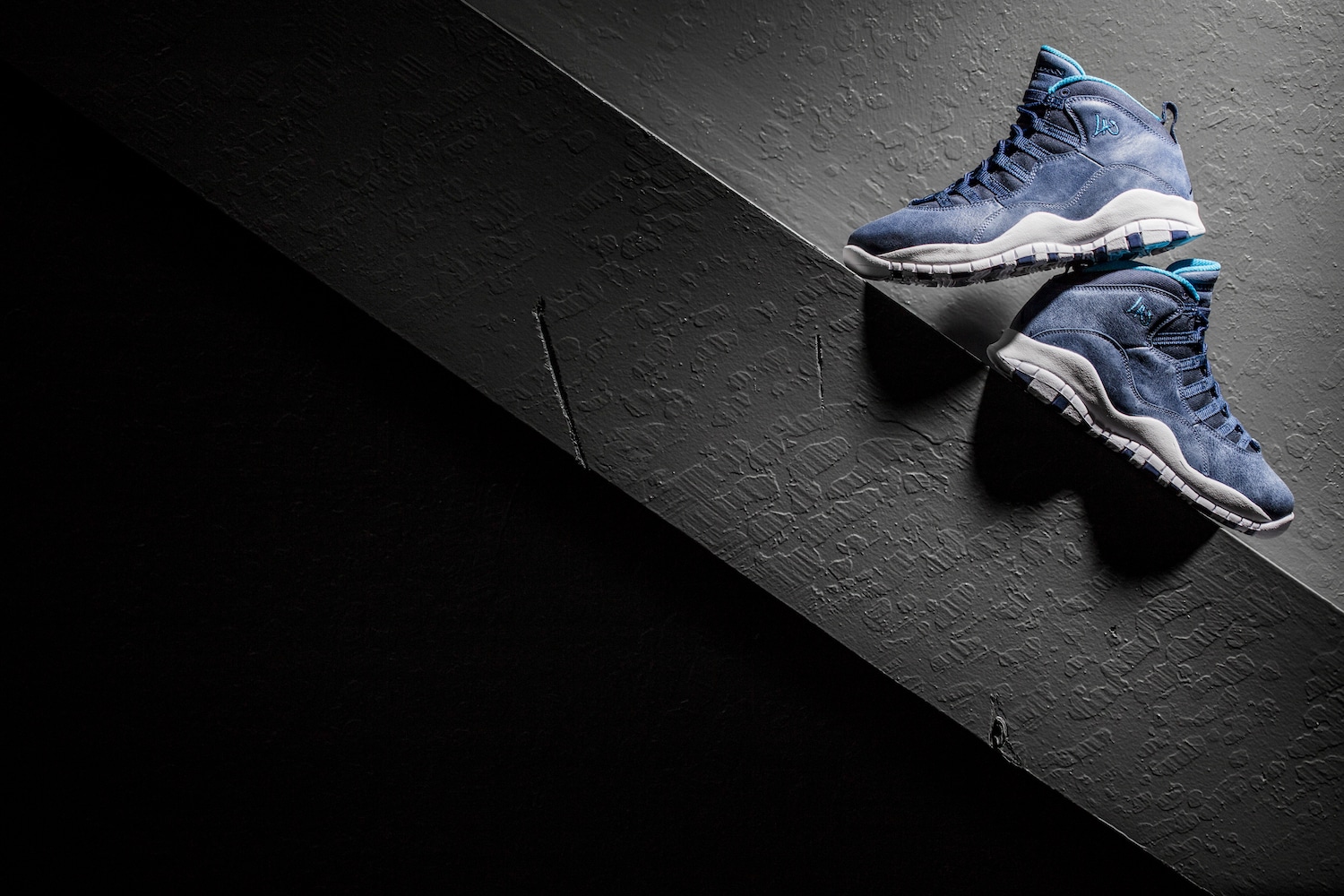 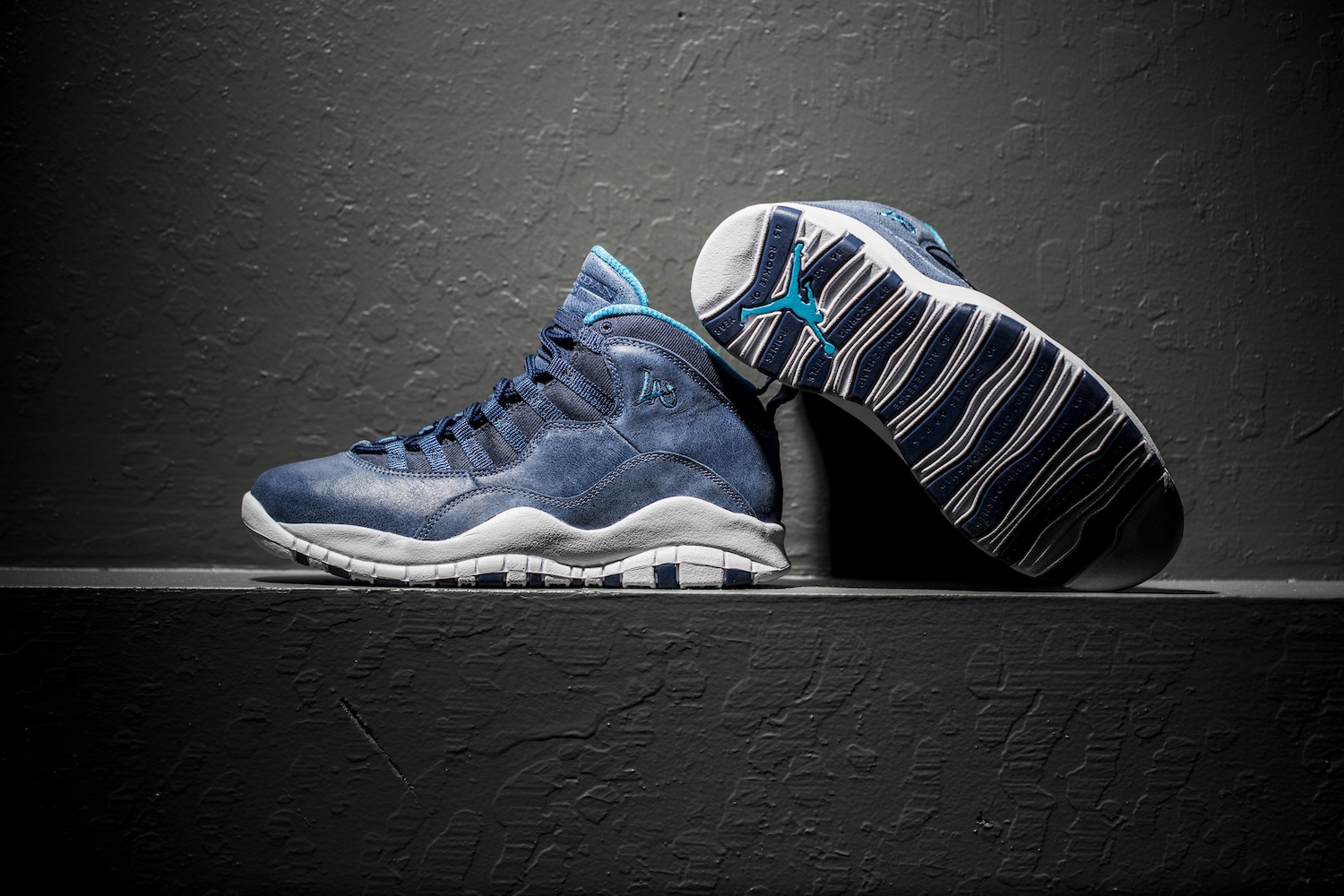