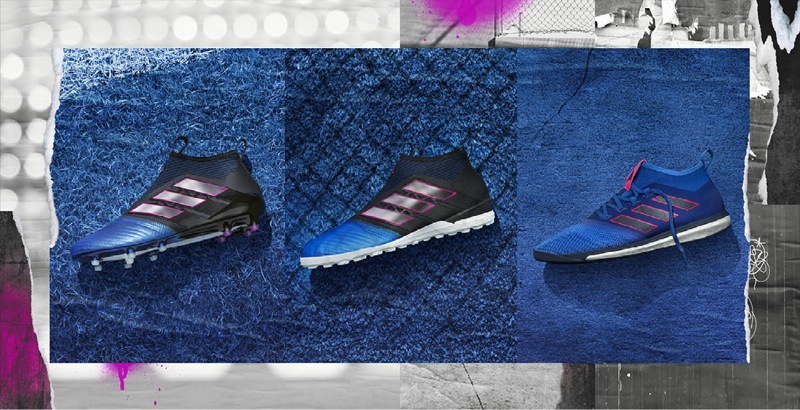 Today, adidas Soccer announced the Blue Blast Collection that showcases the adidas Ace 17+ PureControl in three different versions. The collection will have you covered with on-pitch, caged, and street versions of the shoe.

The adidas Ace 17+ PureControl Firm Ground Cleat features an all new Purecut sock system. The Purecut sock system uses a 360-degree full Primeknit upper that is covered in an ultra-thin Non Stop Grip (NSG) film to increase grip. A Boost sole is also used while featuring a Sprintframe as well. 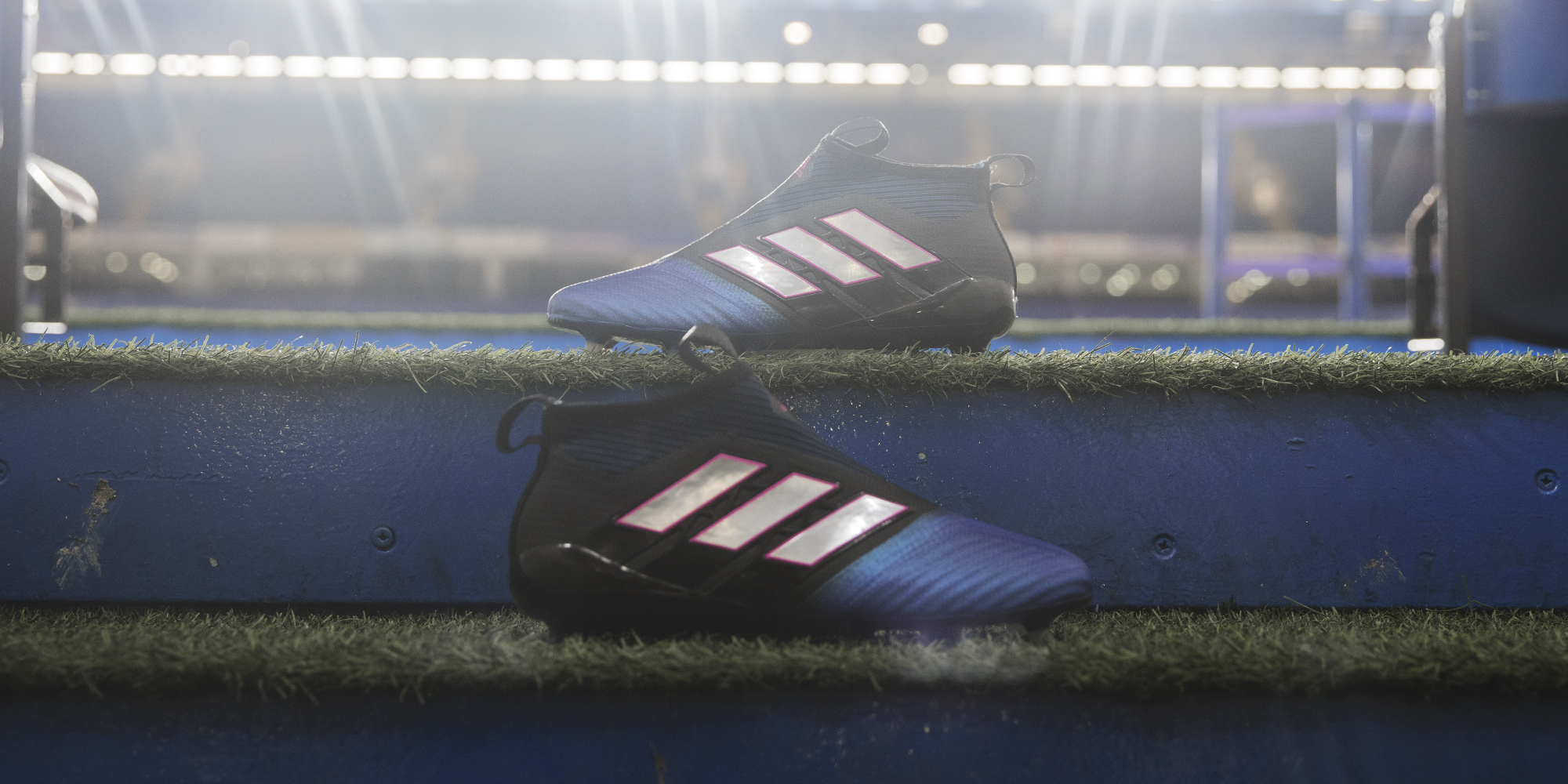 The adidas Ace 17+ PureControl cage version, or adidas Ace 17+ PureControl Turf, features the same blue and black color scheme as the on-pitch version seen above. All of the technology featured the same, but with additional elements for support on the cage version. Along with the Primeknit upper and NSG film layer, TechFit is also used in between the blue and black layers for comfort. An EVA strip is placed above the heel Boost for additional stability. Pink outlines the chrome Three Stripes logo at the midfoot as well.

The adidas Ace 17+ Purecontrol Turf is available now for pre-order here in two colorways, including the Blue Blast Collection colorway, for a retail price of $180 USD. 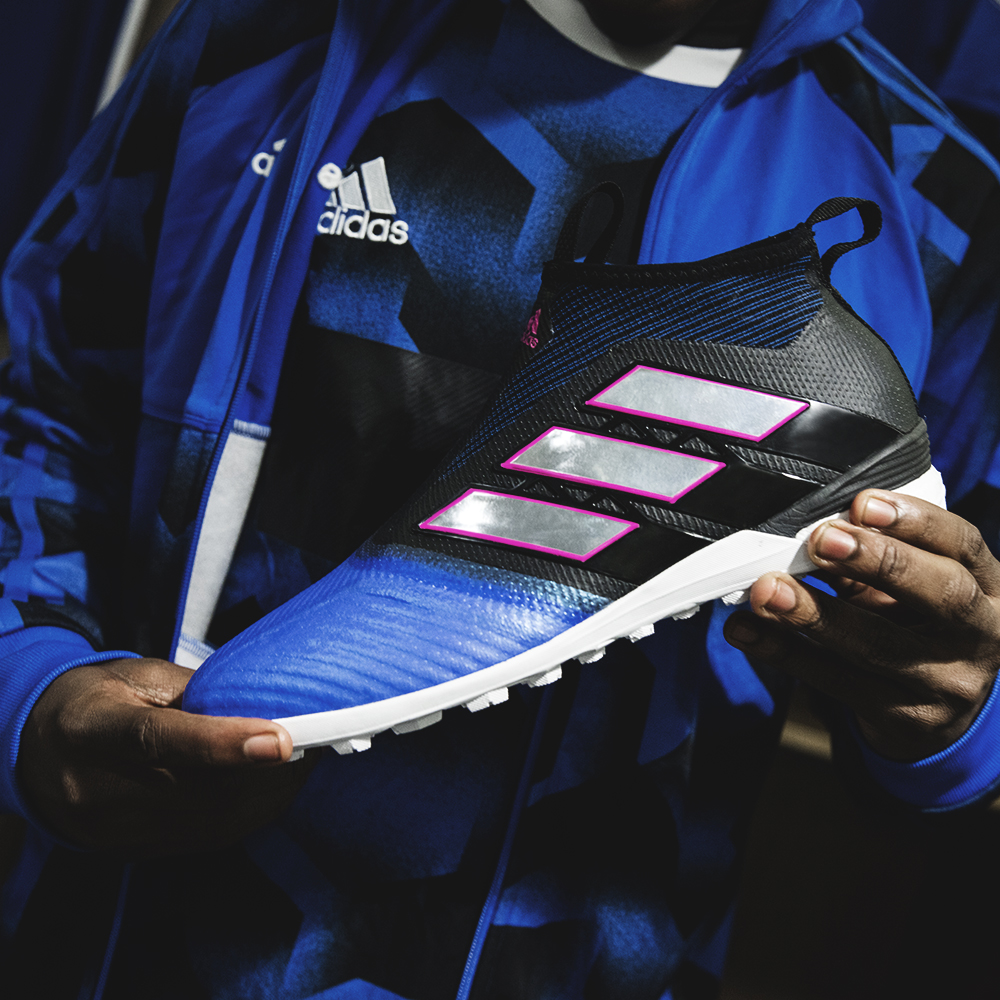 Finally, the adidas Ace 17+ Street shoe, officially dubbed the adidas Ace Tango 17.1, features a predominantly blue upper with a few pink accents. The upper used here is different than what the other models in the collection use; the street version features a three-piece Primemesh upper for a lifestyle aesthetic. Of course, the shoe wouldn’t be complete without a full-length Boost midsole for comfort and responsiveness.

The adidas Ace Tango 17.1 is available for pre-order here in three colorways, including the Blue Blast Collection colorway, for a retail price of $130 USD. 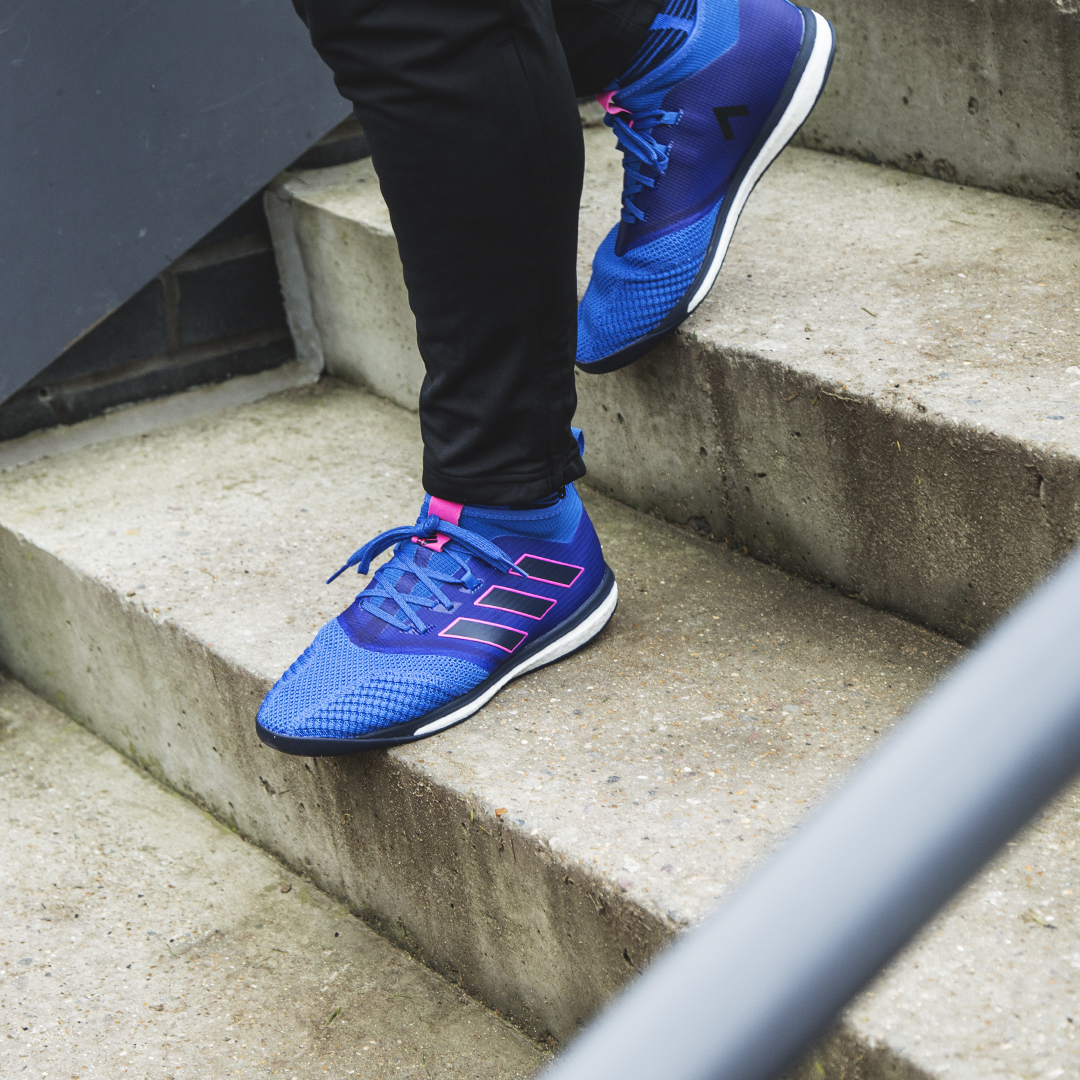 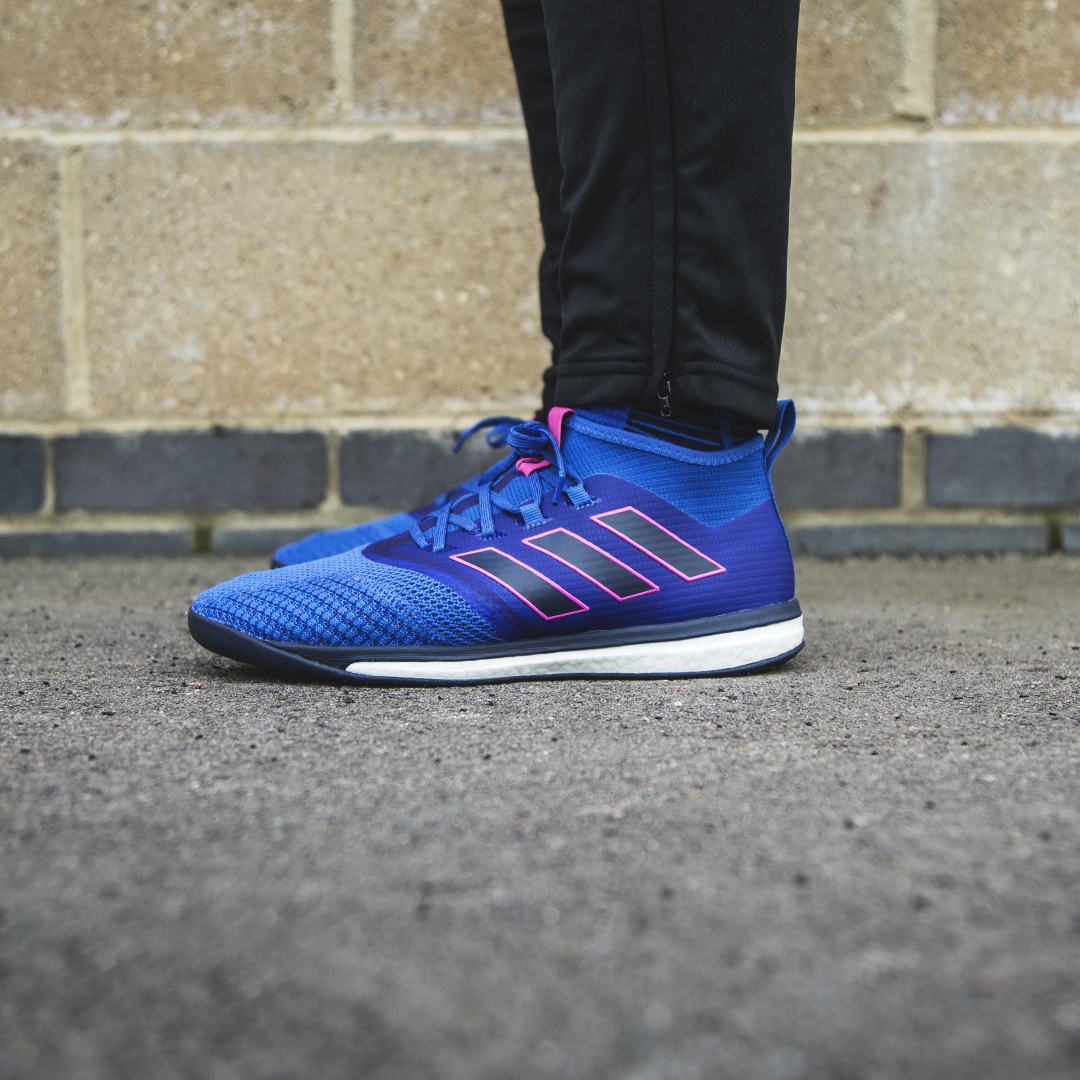 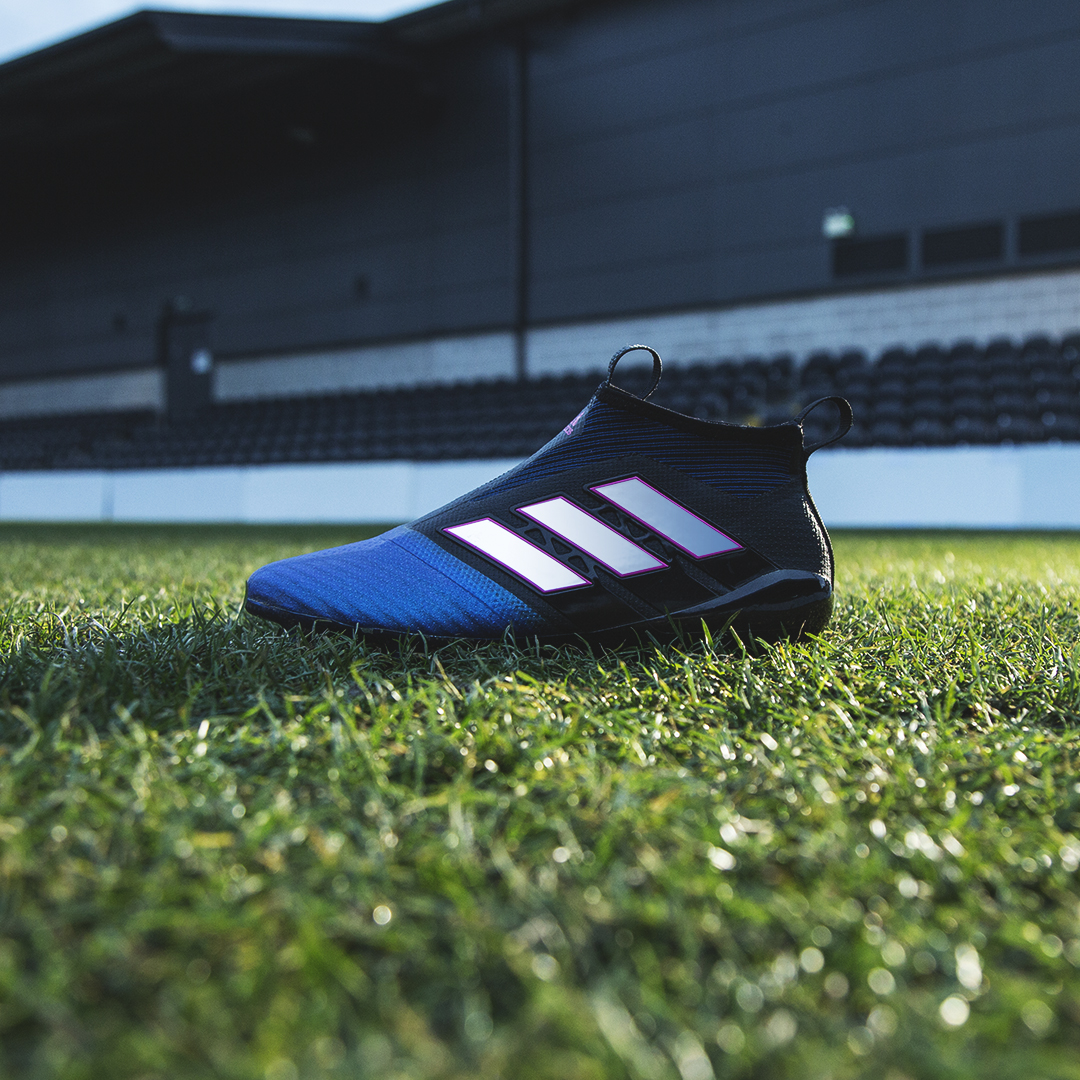 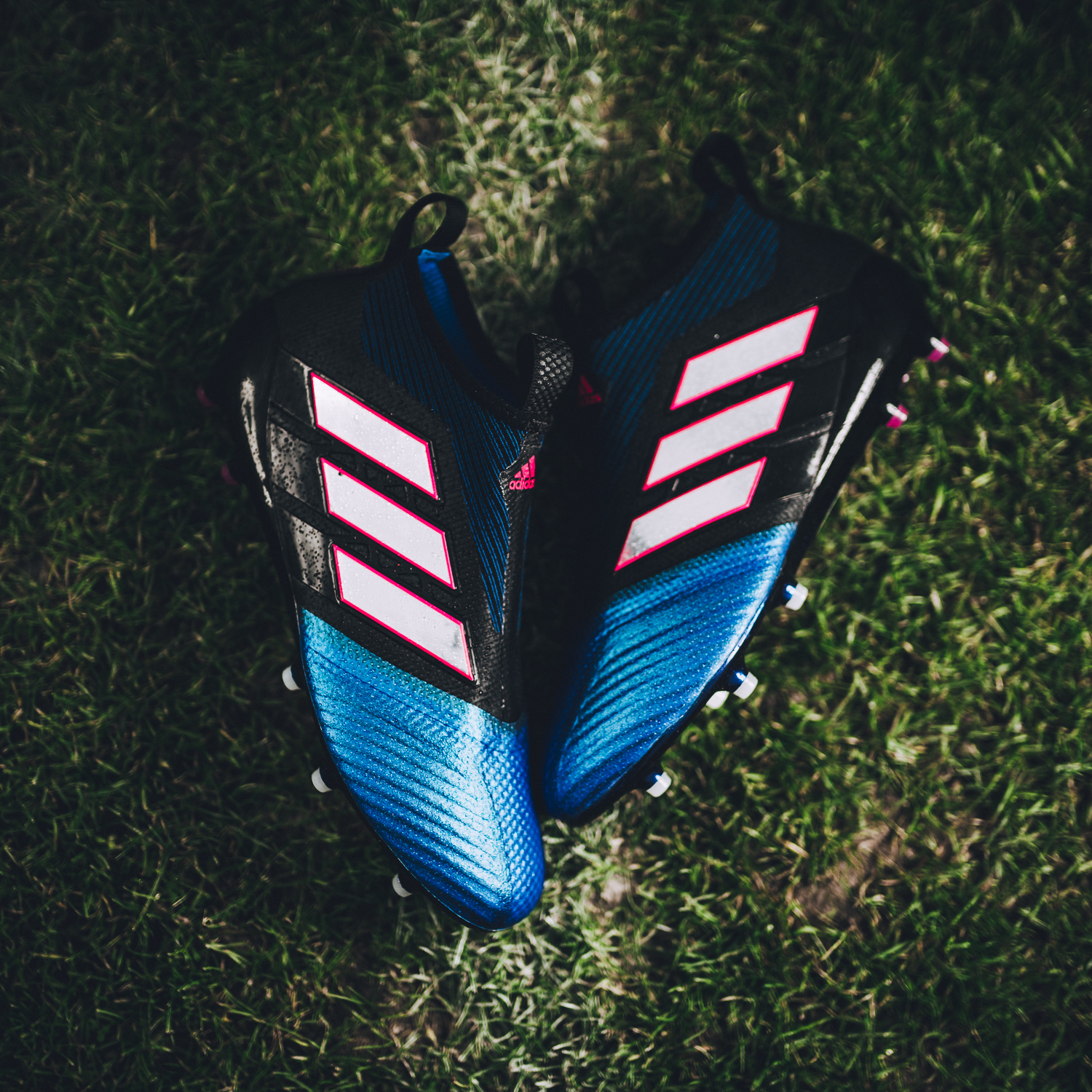 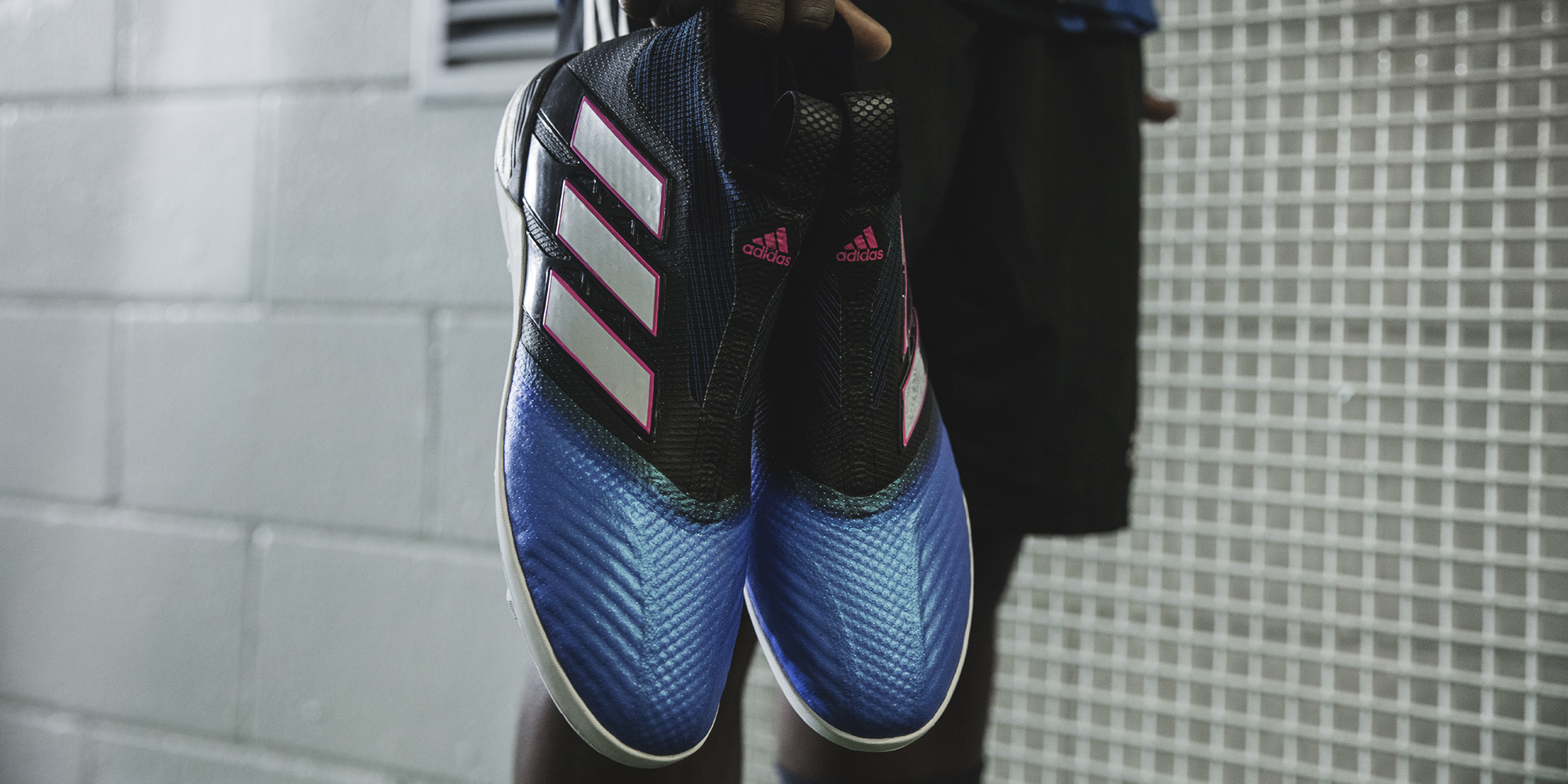 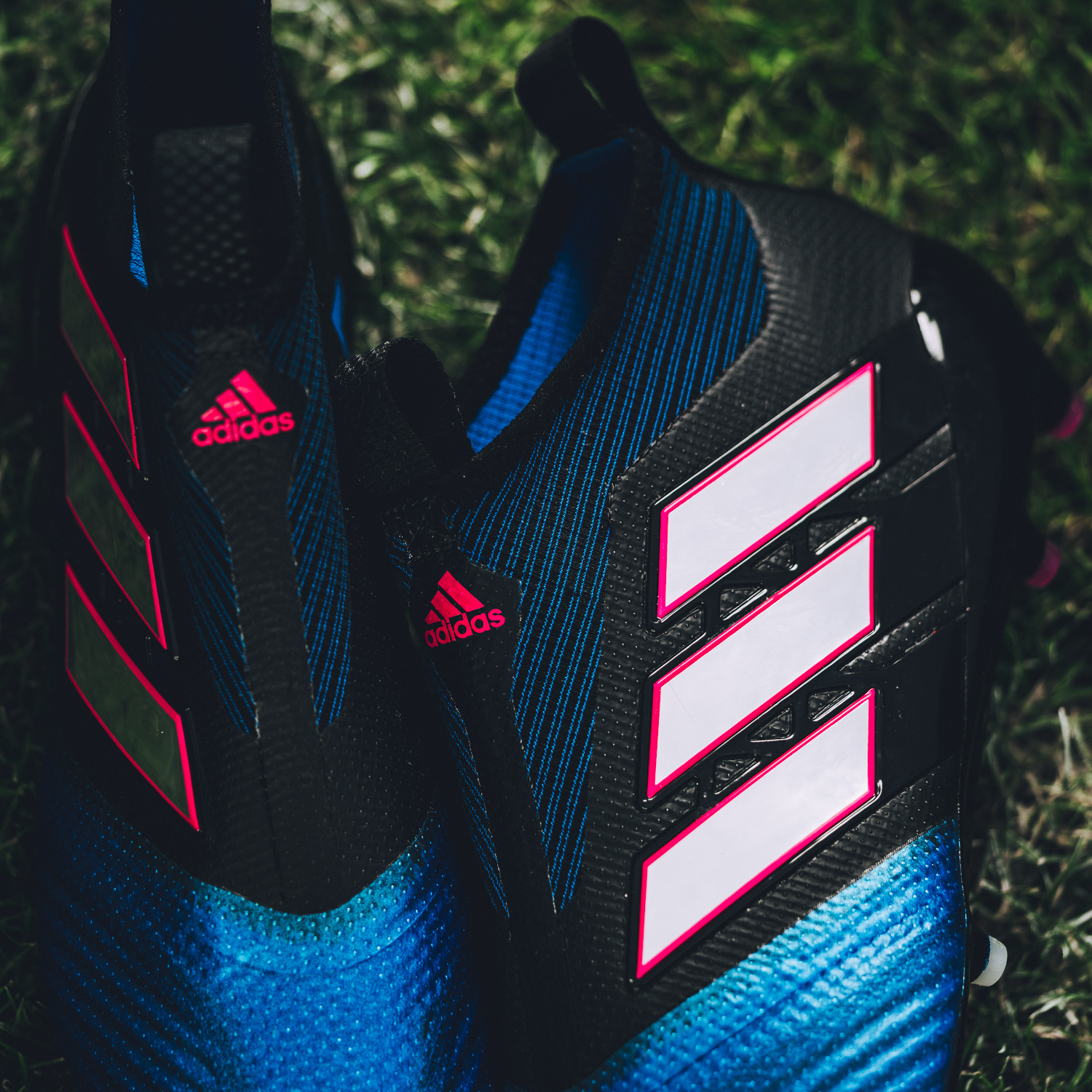 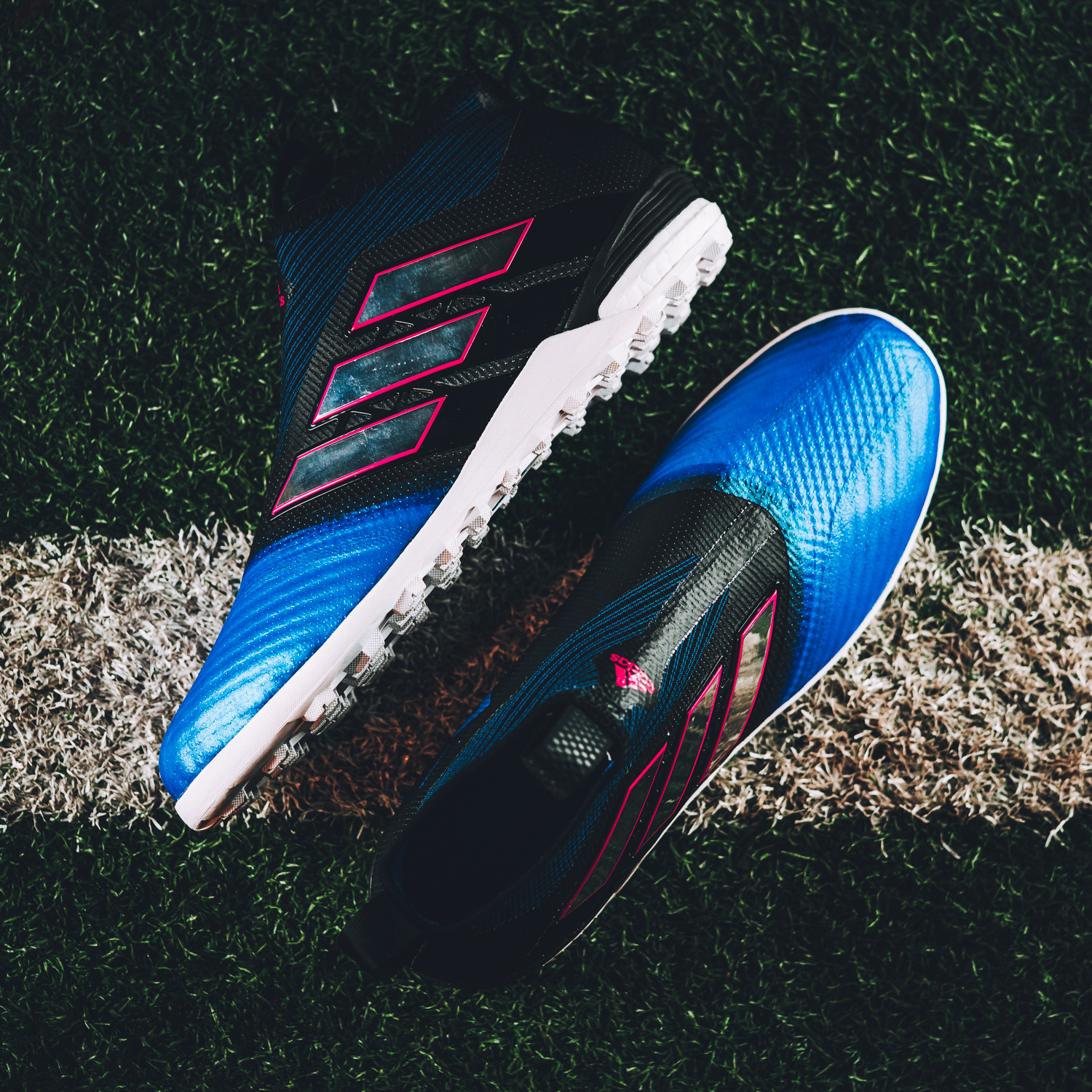 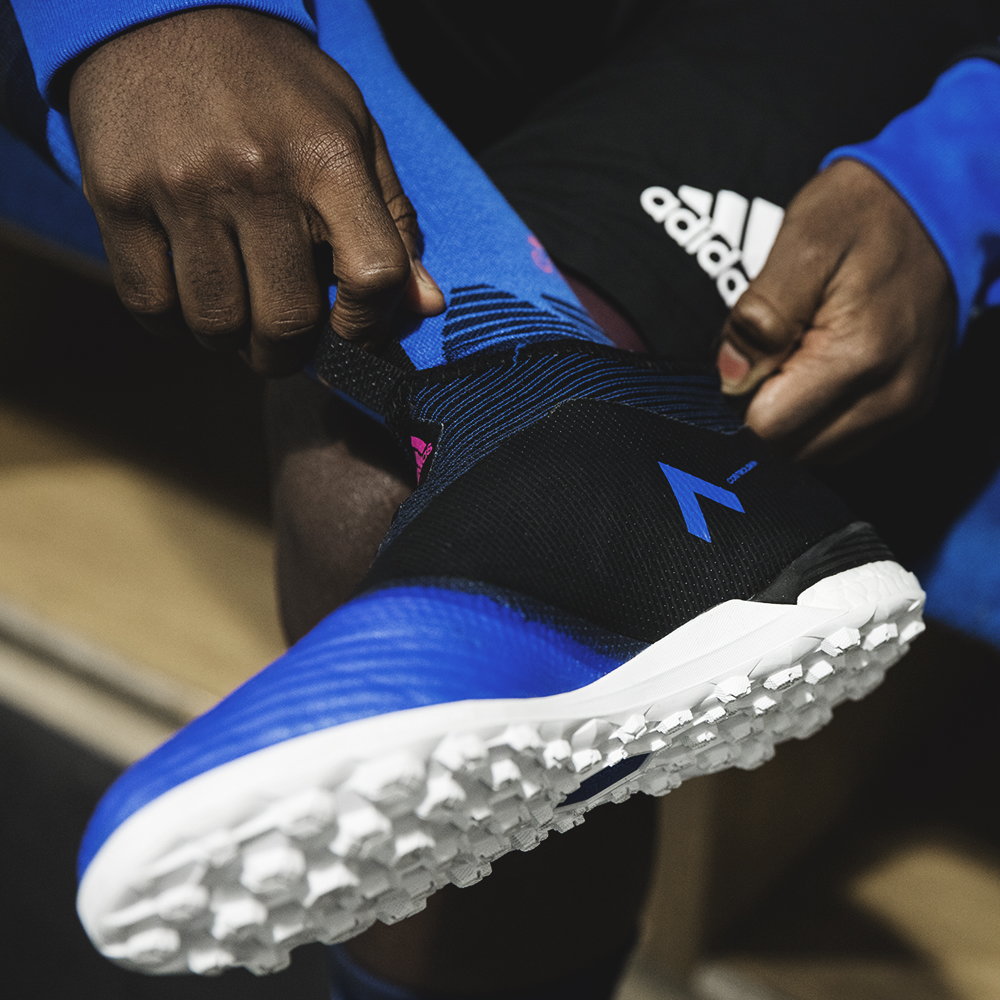 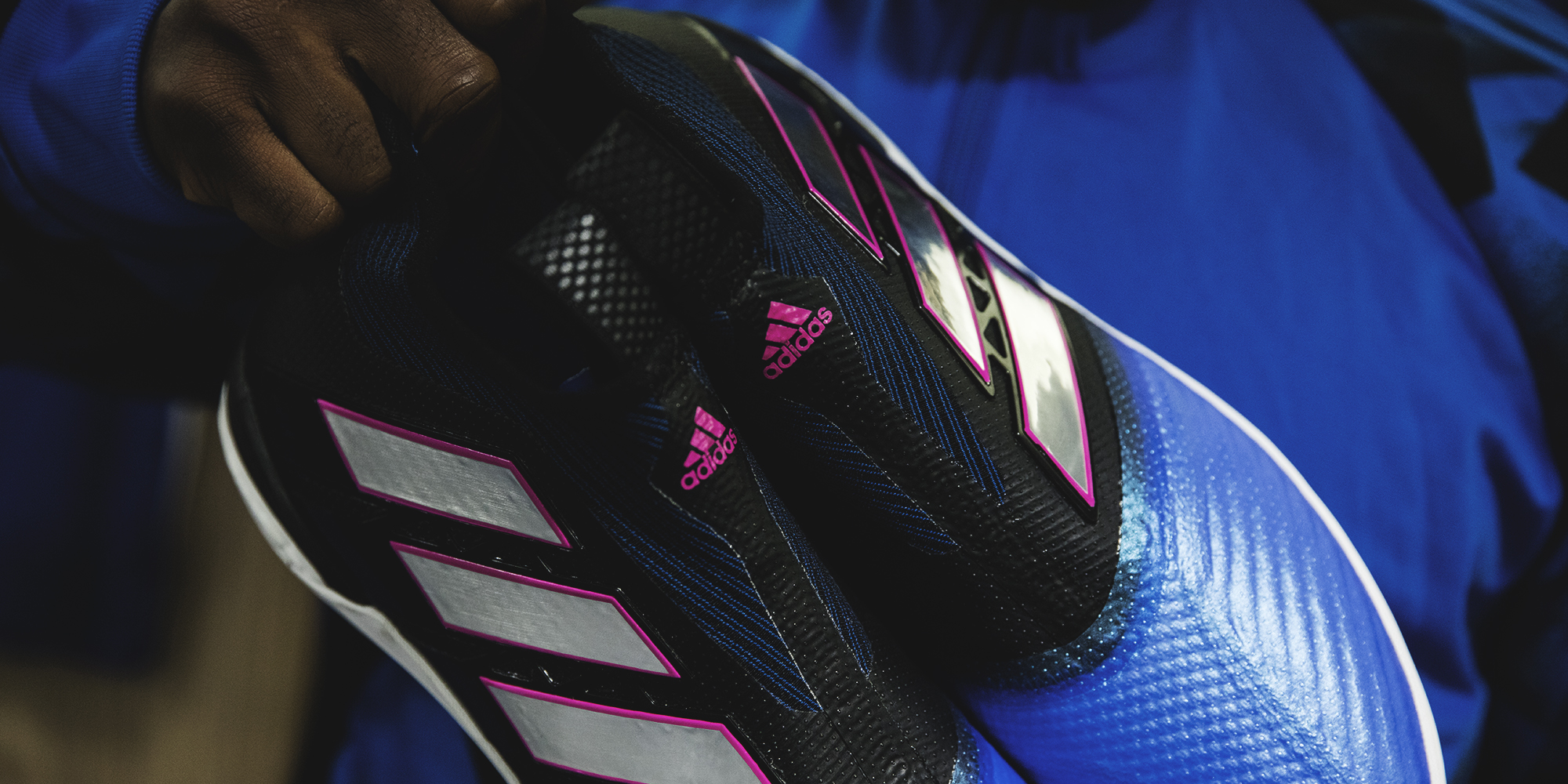