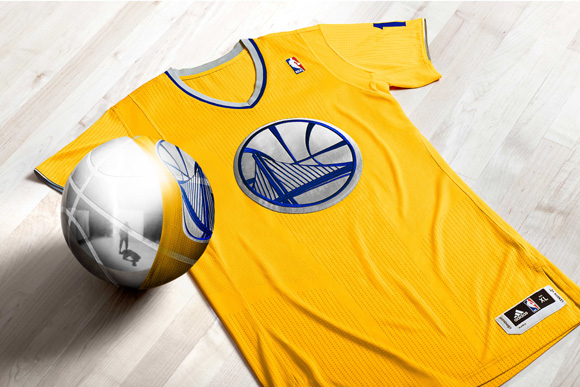 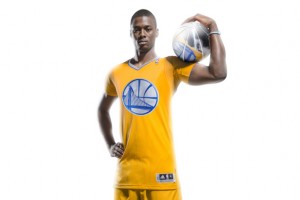 Following the success of the National Basketball Association’s (NBA) “BIG Color” holiday campaign in 2012, the league announced today the continuation of the BIG holiday tradition by unveiling a new “BIG Logo” platform tied to the marquee Christmas Day matchups. As part of the holiday campaign, adidas will unveil new uniforms featuring team logos that all 10 teams will wear on Wednesday, Dec. 25. 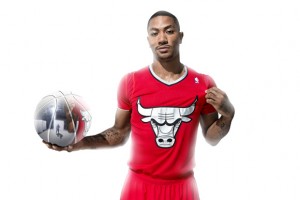 “Last season’s ‘BIG Color’ holiday campaign was an overwhelming success that grabbed fans’ attention, and we wanted to find a way to top it,” said Jamie Gallo, NBA Executive Vice President, Marketing. “This season, we’re back with the game’s biggest stars to deliver an engaging and festive sequence that creatively showcases our players’ skills.”

Beginning today, “Jingle Hoops” will be live on the league’s digital platforms and will air across the league’s national broadcast partners ABC, ESPN, TNT and NBA TV, as well as its regional sports networks. In an effort to reach basketball fans around the world, the NBA will also air international versions of the spot in key regions including China, Europe, Mexico, Brazil, Africa, and the Middle East.

Highlighted in the spot are the new “BIG Logo” uniforms that feature team logos in reflective chrome as the focal point on the short-sleeve jerseys. To complete the uniforms, the jerseys are paired with an ultra-lightweight short with chrome piping.

“We worked closely with adidas to create an innovative new uniform design for our Christmas Day games,” said Sal LaRocca, NBA Executive Vice President, Global Merchandising. “The BIG Logo collection will provide a unique look oncourt and a variety of products for our fans.”

The uniforms are part of the adidas NBA “BIG Logo” Holiday Collection, which includes new warm-up jackets and shooting shirts that feature print graphics inspired by knit holiday sweaters. The warm-up jackets feature team logos on the front chest and BIG team logos on the back, both made of chenille patches. Fans can purchase the adidas NBA “BIG Logo” Holiday Collection at NBAStore.com, the NBA Store on Fifth Avenue in New York City, and team retailers beginning today, Thursday, Nov. 14.