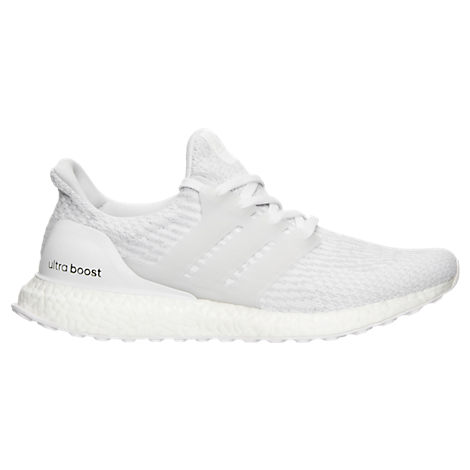 With the ongoing popularity of the adidas UltraBoos, adidas is releasing the third iteration of the Ultra Boost model in just a few days.

The adidas UltraBoost 3.0 ‘Triple White’ will feature a white Primeknit upper with a different pattern than what we have seen before in previous models. This model provides a milky white cage that forms the adidas logo, Boost cushioning, a white heel counter, and white rubber outsole.

The ‘Triple White’ colorway is the first colorway adidas will release. Most retailers show the shoe releasing on December 7 but Finish Line has them available now online for $180. If you would like to purchase a pair, then click here.

What do you think of the adidas UltraBoost 3.0? Will you cop? What colorway would you like to see in this model? Let us know in the comments.