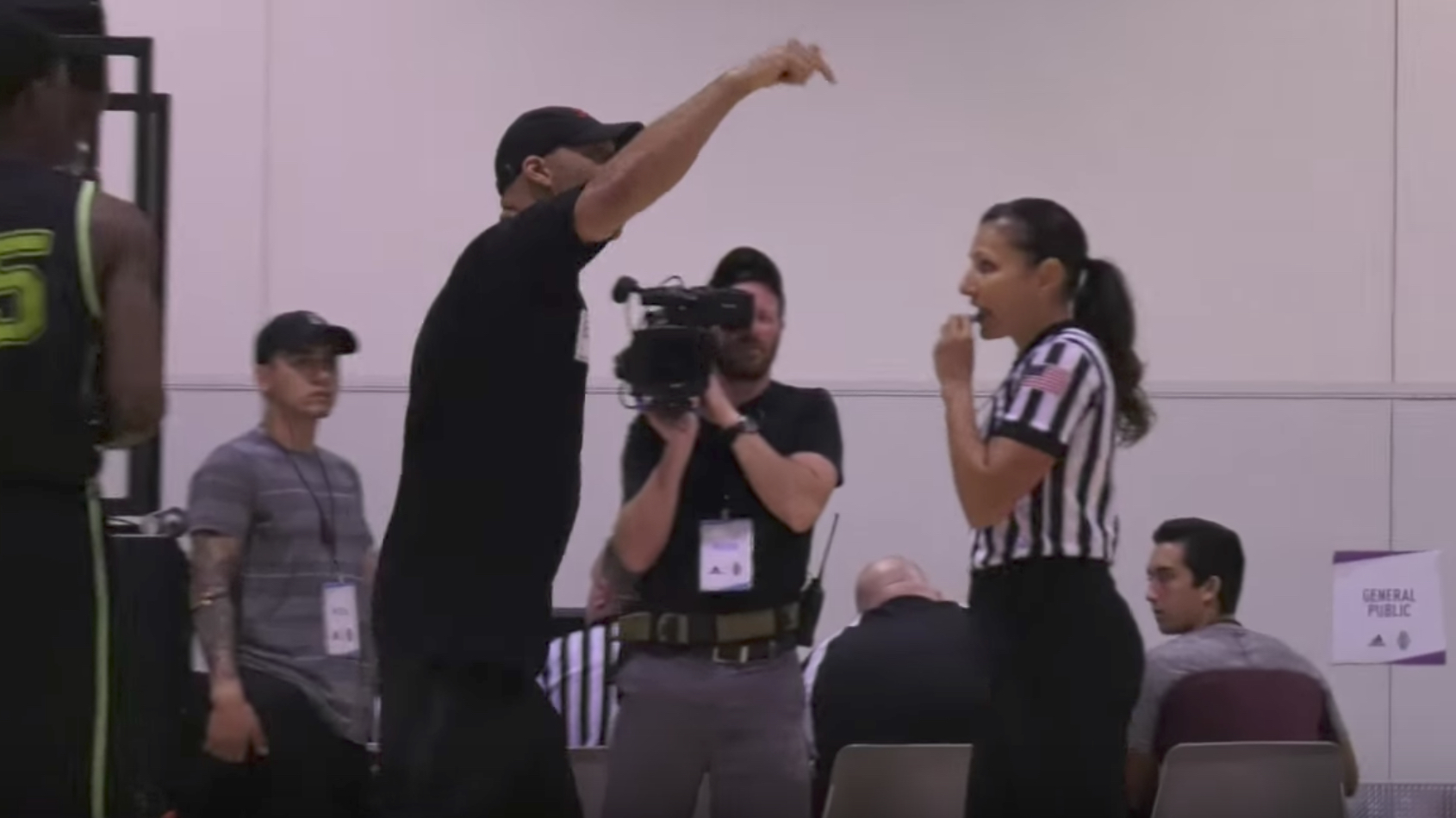 At the adidas Uprising Summer Championships on Friday LaVar Ball berated officials and inevitably got a technical foul for arguing with an official — but that’s usual fare for Ball. Then, for the second time this week, Lavar Ball threatened to pull his AAU team off the court.

That is also usual fare for LaVar Ball — last weekend, he forfeited a game when he was hit with a technical foul. However, according to Yahoo! Sports, when Ball threatened to pull his team off the court yesterday if the official wasn’t replaced adidas removed the D1 referee who had given him the technical foul.

LaVar Ball goes CRAZY and gets another tech 😱 pic.twitter.com/MOtUS5MFD1

“She’s gotta go,” he repeated before she was replaced, according to ESPN. According to reports, the official was visibly shaken and replaced by a male official.

LaVar Ball just picked up a technical. Points to the ref and looks at the crowd, "We need to get someone else in here."

But the madness doesn’t stop there: LaVar Ball got hit with a second technical foul and was ejected from the game. He refused to leave the floor, and pulled his team off the court again, so organizers called off the game. You can take a look at the footage below

Adidas said it was their decision to replace the referee. Said there was a history between ref and LaVar — she officiated Wednesday's game.

“There was some miscommunication,” Chris Rivers, adidas director of global basketball sports marketing, told ESPN. “The NBA don’t put certain people with certain guys, either. If there’s a history or miscommunication, that happens.”

After the game, ESPN caught up with LaVar Ball and asked why he said the female official “had a vendetta against him.” Ball said some incredibly misogynistic things, namely, that she was not qualified and out of shape. Just take a look.

The D1 referee officiating the game was supplied by Court Club Elite, a referee training program owned and operated by former NBA ref Ed Rush — 32-time NBA Finals referee and former NBA Director of Officials Ed Rush. Thus, she was more than qualified, and if you recall LaVar Ball’s appearance on WWE RAW — when he ripped off his shirt and puffed himself up — he definitely didn’t look “in shape.”

According to ESPN, Court Club Elite had initially pushed for an all-female crew to ref Friday’s game. A source told ESPN that before tipoff, a “compromise” had been reached — two women and one man would officiate the game. However, come tipoff Friday morning, the officiating crew featured two men and one woman.

Amid LaVar Ball’s hateful remarks in the ESPN video above is the phrase “she needs to stay in her lane.” The phrase echoes LaVar Ball’s combative and rude remarks towards Kristine Leahy on her own radio show.

In that interview, he turned his back to Leahy, refused to speak to her, and repeatedly told her to “stay in her lane.” He ignored her questions and threatened her. We have seen this behavior before.

After the story about yesterday’s fiasco broke, ESPN’s Jemele Hill had several important things to say on The Six. You can watch that clip below.

What do you think about LaVar Ball’s behavior? Thoughts on adidas’ part in this story? Let’s discuss respectfully in the comments below.