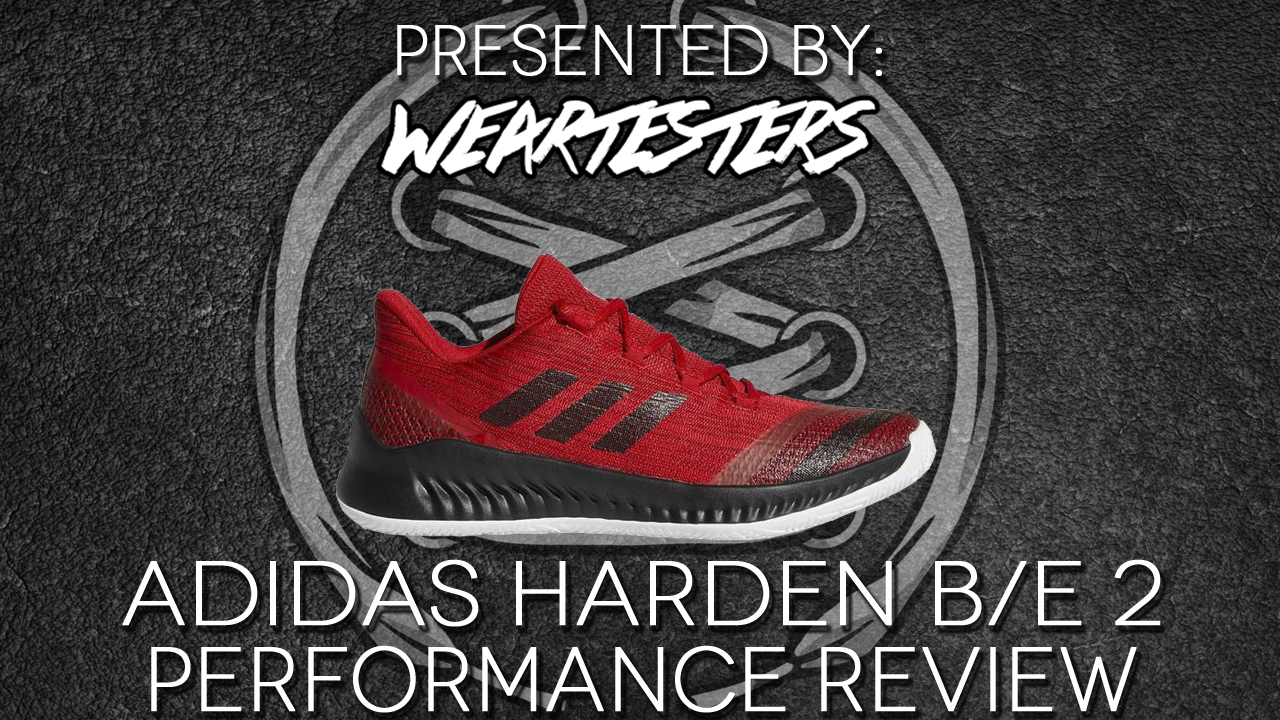 After the 2016-2017 season, adidas decided to finally take advantage of its number one superstar, James Harden, and give him (and us) a budget/team model. Now, the newly crowned Most Valuable Player has gotten a shoe for the summer: the Harden B/E 2.

Some say B/E stands for Bounce Edition (which makes sense), others say it is for “Brothers Through Everything.” Whatever it stands for, it got abused. Let’s go…

At first glance, the traction looked extremely questionable. The pattern is tight, it rides flat, and it looked like a dust magnet. And…I could not have been more wrong. This, folks, is why we review shoes.

On the semi-dirty (yeah, it finally got swept) court I usually play on the Harden B/E 2 gripped strong out of the box. It wasn’t a slam-on-the-brakes screeching stop but changing directions and stutter-steps off the dribble were no issue. Even on defense, when traction has to grab on lateral movements or you get exposed, the Harden B/E 2 kept me in front of my man. I actually never really wiped much when playing in the — maybe once a game, sometimes not at all, so the pattern does push the dust away fairly easily.

Outdoors, I say no. The rubber is soft and the pattern isn’t deep at all, so after a couple of months you are toast. That’s really kind of puzzling as a shoe released for summer would seem to scream outdoor play, but most people don’t know what a driveway 3-on-3 at 11:00 PM is about these days.

Full-length Bounce makes an appearance in the Harden B/E 2 again, but it isn’t the same as the first version or even the Dame 4. This may be the lowest riding midsole I have ever played in (and I’ve been playing for many years). You feel like you are right on the court, making movements very quick and stable. However, the Bounce feels…meh.

The way you feel reading that is the way I felt playing in it — there is nothing there. It isn’t uncomfortable, and I didn’t really feel any jarring impact, it just doesn’t feel like a full-length Bounce midsole should, in my opinion. It’s dead, for lack of a thesaurus. Bounce usually has, well, bounce, and is a great performing foam. The Harden B/E 2 missed, much like Game 6 and 7 (yeah, there it is).

At least the transition is fact and feels quick, as the midsole and traction couple to make a low-riding reliable combo. This is a sprint shoe disguised as a basketball shoe.

The best thing about the Harden B/E 2 is found in the upper as the materials are a knit with some slight overlays in the heel and on the toebox. The knit is actually really nice, more on the lines of a high-end signature shoe than the team budget model, but I’m not complaining about getting more than I expected. The fuse overlays add some stiffness and durability to the forefoot that definitely helped with containment in that area. The heel has the same overlays, more for looks than any performance feature, but it does help break up the upper pattern.

One of the additions for performance is the huge elastic band across the forefoot, just under the first set of lace holes. The strap brings the shell of the shoe in for a supposedly better fit (more on that next). I didn’t feel any significant benefit at all, honestly.

For those of you tiring of one-piece uppers, the Harden B/E 2 has a more traditional set-up; it’s still an inner bootie system but the knit shell actually laces up around the inner sleeve, making the shoe highly adjustable.

Half size down. Some people call this their “adidas size.” I stay confused. Going back a few years, the Rose line has always fit me TTS. The Harden line last year was half size down, but the Vol. 2 was TTS for me. Dame line — the 1 was TTS, the 2 was half down, the 3 and 4 were TTS. I don’t know anymore.

The Harden B/E 2 fit wide in the forefoot at my TTS 10.5, but the lacing system did its best to bring the upper together and hug me tight. It just couldn’t get me completely locked in like I like. I’m not sure if it is the upper or the materials, but I felt like I was sliding off the footbed on almost every lateral move.

The heel also had some slippage no matter how hard I pulled the laces up. Again, if I would have went a half size down it might have eliminated that problem, but I’m not buying another pair. If some of you try it half down let me know how the heel fits.

The main support feature of adidas basketball shoes in the past couple of years has been the internal shank plate. From the infinity plate in the Explosive to the open-end full-length plates in the Rose and Harden lines, the TPU plates have been serious in helping with lateral and torsional stability underfoot. Just enough spring without feeling stiff, you hardly notice they are even there, which is a sign of a good invention.

The Harden B/E 2 goes a different route, featuring a midfoot-only shank, but it does the job. The Bounce foam around the shank helps tremendously with midfoot support as well, so there is no bending or twisting the wrong way while playing. The Harden B/E 2 feels like a running shoe on-court.

The main issue with this area is the stability in the midfoot/forefoot. The foot sits on top of the midsole, not in the midsole. There is no additional lateral containment or structure except for the lacing system, which is straps. The knit upper is soft and pliable. See where this is headed?

On drives, stutter steps, jab steps, defense — almost every lateral move — I could feel my foot moving off the footbed. I would stop, lace tighter, and still didn’t feel locked in. Even when coming back from my ankle injury and wearing my brace there was movement. There is no real empty space in the fit, so the problem is the materials coupled with the lack of structure. If you wore the Harden Vol.1 LS, it feels almost the same. For a quick, slashing, lighter player it may not be an issue, but for me it wasn’t nice.

Overall, the Harden B/E 2 is not a terrible shoe by any means, but it isn’t one I would play in again. The traction is really nice but the midsole feel was not what was expected. The dead feeling in the Bounce and the lack of stability in the upper, for me, knocks this shoe out of my closet.

If you need serious indoor traction and a low-riding midsole go a half-size down and you will be good. If you value cushioning and lockdown consider the Harden Vol. 2, which can be had for less than the $110 retail of the Harden B/E 2 in some colorways.

Budget isn’t bad, but the performance still needs to be there. Unfortunately for me, the Harden B/E 2 fell short — like a step-back three in the Western Conference Finals (oops, I did it again). 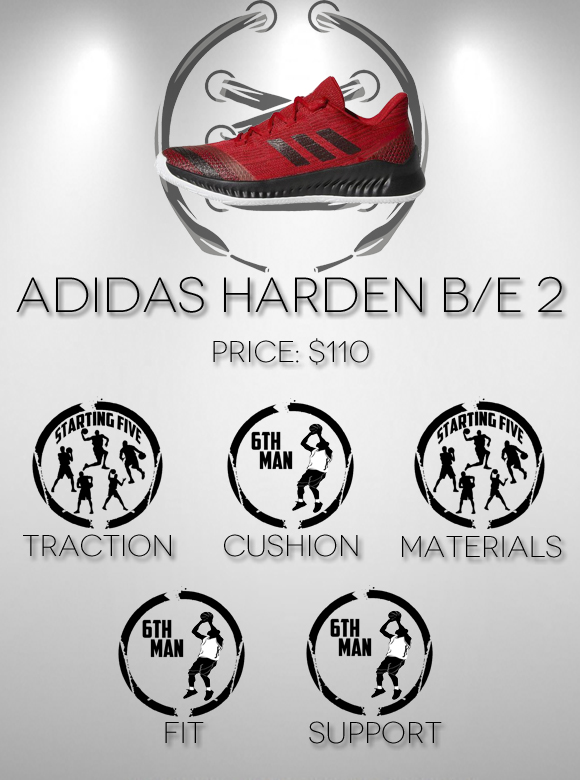