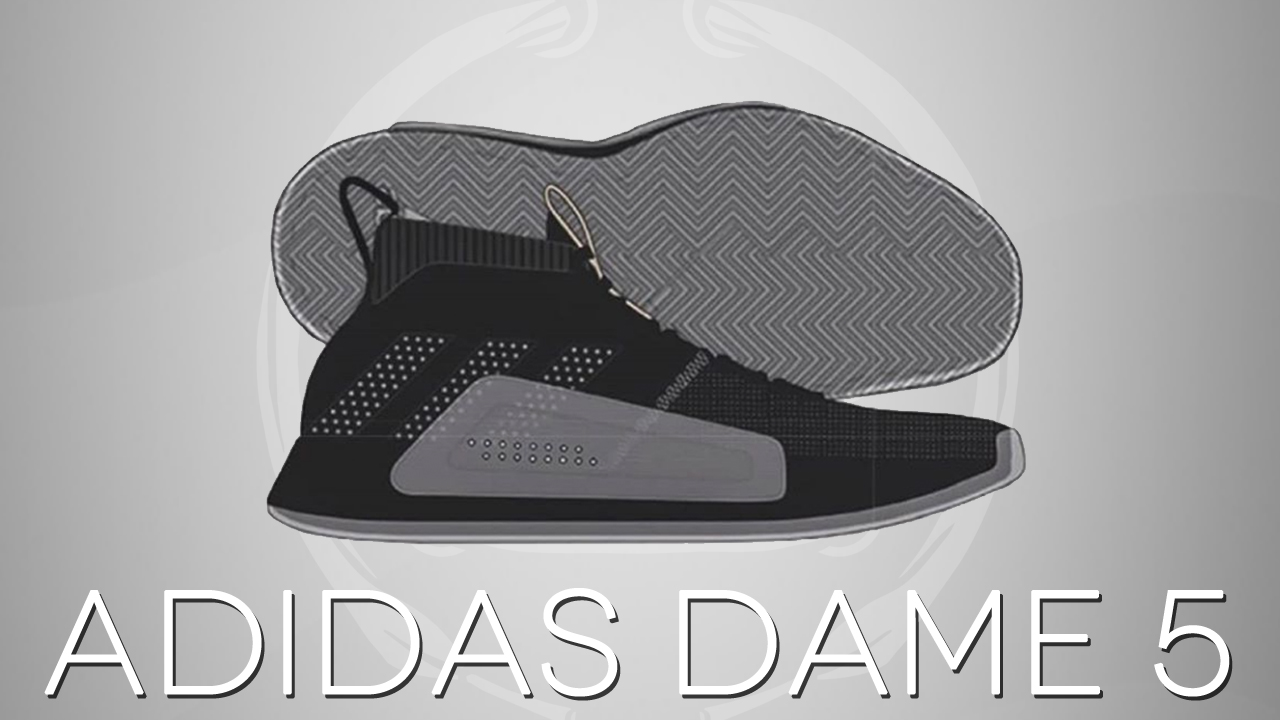 It looks like early catalog renderings of the adidas Dame 5 have leaked online.

While nothing official from adidas has been said, the catalog scan features a shoe that is described as the upcoming Dame 5. The shoe’s tech specs are said to include:

It’s hard to get a good depiction of the shoe with such a simple render, but we think there is a bit more to the model than described. This possible Dame 5 appears to be built like the Harden Vol 2; the forefoot is some type of textile while the rear is where we could see the engineered suede. A compression/sock collar is used as well so there could possibly be a knit featured too.

With the inclusion of the lateral barrier (drawn from the Futurecraft 4D basketball shoe), we’re wondering if this means the Dame 4 will be the last adidas basketball shoe that has wearers sit within the midsole. We hope not because it feels amazing while in motion, but the barrier is a nice feature either way.

According to the leaks, this possible adidas Dame 5 will available beginning in February of 2019 for school teams. The shoe might release a bit earlier — we’re thinking around December 2018 — in a couple of energy releases. The best news from this leak is that the shoe’s retail price will remain at an affordable $115.

Share your thoughts on the potential adidas Dame 5 with us below in the comment section. Stay tuned for updates on official information regarding Damian Lillard’s next signature.