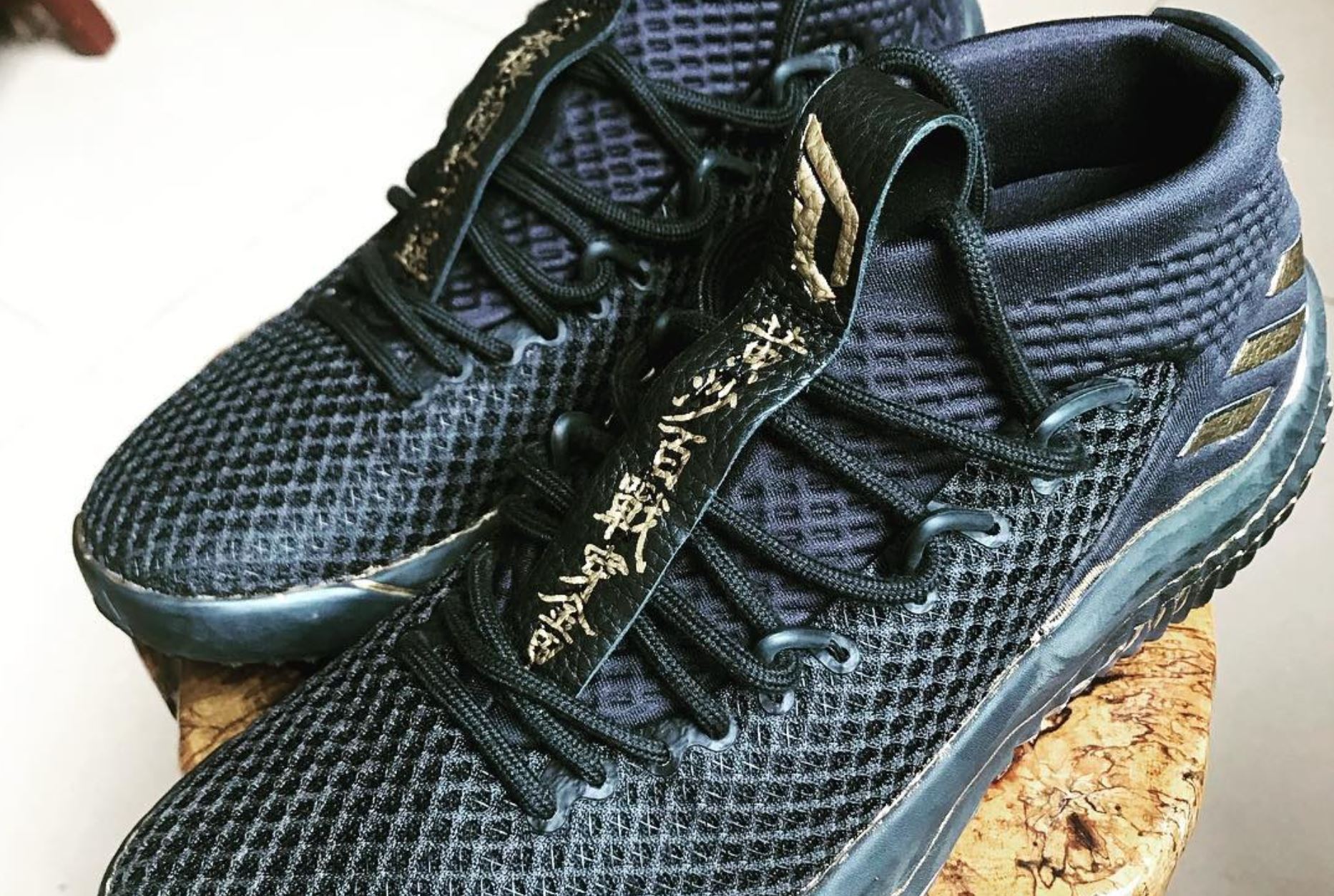 A striking new adidas Dame 4 colorway has surfaced online and it has some very strong verbiage on it — albeit in Chinese.

Dressed in all black with select gold accents at the three stripes branding and tongue patches, this Dame 4 is strong and ready for war (although the Portland Trail Blazers are out of the Playoffs).

According to a translation provided by WearTesters staffer Jason Tatman, the first two words on the left shoe 黃沙 mean “yellow sands”; the next two 百戰 mean “to fight one hundred battles”; and the next character, 穿金, means “to wear gold.” Unfortunately, the characters on the right shoe are not clear enough in the image to be deciphered. Overall, the characters use lots of symbolic power words to describe the power of these shoes.

There is no word on whether this adidas Dame 4 will release, or if it is a one-off sample for Damian Lillard. Of course, the shoes may release in China — like the adidas Basketball Year of the Dog pack — and never come Stateside.

Would you cop this Dame 4 if it become available? Let us know in the comments because this writer sure would.

You can learn more about this shoe by checking out Nightwing2303’s adidas Dame 4 Performance Review.

UPDATE 4/30/18: According to Jason Tatman, WearTesters staffer who did the translation and interpretation, the characters on this Dame 4 come from a 5,000 year-old Tang Dynasty poem from Wang Changling’s (王昌齡) “Seven Campaign Songs” or  “從軍行七首” (congjun xingqishou). He was known for using seven characters in a line of poetry, a technique called “七言絕句” (qiyanjueju), as well as depicting battles in Western China. The poem reads:

Each line of the poem uses seven characters and according to Tatman, the first line refers to the durability and strength of the shoes. The second line refers to a historical battle that took place at Kroraina (or Loulan), and it is used to refer o the power of the soldier’s vow — promising to fight until he in victorious.