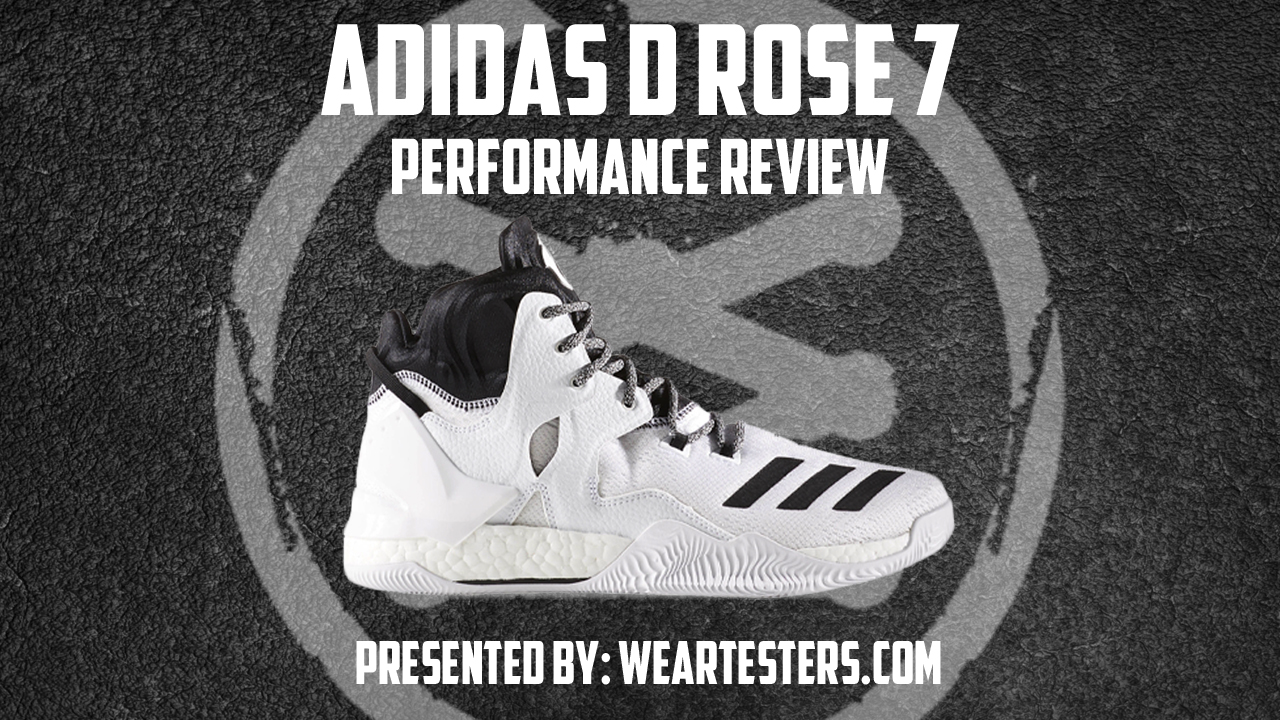 TRACTION – Storytelling done right. The traction pattern is supposed to be inspired by the Great Chicago Fire of 1871 (read here) and it works. With thick rubber and herringbone flying in every direction, there is no problem sticking like Spidey to any surface, dusty or clean.

The outsole is also multi-level; it has a recessed area that runs from the visible tip of the shank up to the ball of the foot. This allows for better flex while keeping the part of the outsole in contact with the floor when driving or sliding, improving transition. If you ever notice how hard D.Rose cuts sideways, you know he needs serious grip on lateral moves.

Outdoors? Yeah, sure, it should last a while, but it isn’t the hardest rubber, so keep an eye on it. The treads are deep though, so there is a lot to wear down. So far so good.

CUSHIONING – Blah blah *Boost* yadda yadda *Responsive* yap yap *Pillows*. Yeah, you have heard it all before, but Boost kills. But, and a big Nicki BUT, this isn’t the Rose 6 Boost, at least not in the forefoot. The heel is still way cushy, way responsive, and feels great if you happen to be a heel striker or land wrong. The full Boost midsole (last year had the foam StableFrame under the midfoot) improves on the transition for a smoother ride, but the forefoot, yeah, that changed. The Boost is tighter and rides lower, but isn’t as soft, so where the foot sunk in on the 6, the response is quicker and more sure in the 7. Still great impact protection, just not as plush and cushy — more Ferrari cornering than Bentley. Oh, yeah, the insole is still thin and bad, but with all that Boost, who needs it?

MATERIALS – In this colorway at least, the upper is open-cell mesh and synthetic leather with neoprene ankle pads. The mesh is like what’s found on a runner — flexible, form fitting, and breathable — with no complaints. There is a spot of Fuse over the toe-drag area (that’s a theme so far this year), and it does add some stiffness to the toebox, but after a game or two it wasn’t noticed. The sidewraps are thin and feel a little cheap, at least on this version, but do their job like they were getting paid.

The ankle is the best. For fans of the Rose 5 this will feel a little familiar. It isn’t as formed as on the 5 but the neoprene-wrapped padding lays under the wings and forms perfectly, giving no rough edges or hotspots. The tongue has the same padding and runs down into the inner bootie, completing the comfort Circle of Life.

FIT – Ah, yes, the infamous adidas fit issues. Well, I wear a 10.5 in everything, and the only shoe this year that was noticeably sloppy was the AlphaBounce. The Rose 7 fits dead on length-wise and width-wise, unless you have a wide foot. The lacing system stops before the toebox, so if your foot is on the KD diet, you may need to size half down, or extra sock, to get completely locked in. Through the midfoot and ankle area the lacing pulls you in and unlike last year, where the seatbelt around the ankle was sewn in and didn’t provide much adjustable support, the wings on the Rose 7 are free and help wrap the neoprene areas around the ankle. Once tight, there was NO movement at all, in any direction.

SUPPORT – D. Rose has always had unique and supportive padded ankle collars on his shoes — Rose 1 with the GeoFit, Rose 2 with the straps, the 4 with more GeoFit, the wings of the 5, and the straps of the 6. This is perhaps the most “normal” collar, but possibly the best one of the line. Again, based more on the Rose 5 than the 6, the collar is thickly padded but contours to the ankle naturally instead of using mechanics. There are recessed areas for the ankle bones to sit in when pulled tight, making for a great fit, which is the most important thing for support.

The wings tie the lacing into the midsole, keeping the shoe in tune with the foot and pulling the foot down into the footbed, keeping you low and secure. The midfoot is supported by a huge TPU shank that runs from the heel through the forefoot. Most of the shoes with this type of shank are overly stiff, but coupled with the Boost foam, the ride is smooth and the shank helps with the Boost instability. Finally, the wide forefoot base and large outrigger keep you upright when someone goes for the ankle-breaker.

OVERALL – Whatever Faust-ian deal adidas signed, it’s working LARGE. The performance across the company is at an all-time level right now and is beginning to look like mid-90’s Nike and Alpha Project. Ridiculously obnoxious designs, Boost, Primeknit, Jacquard – all geared for performance but still looking good. The Rose 7 is no different. If he doesn’t get his game back in NYC it won’t be because of the shoes.

If you crave an all-around performer — great traction, great cushioning, great fit and support — adidas made a shoe for you. If you have worn the previous Rose shoes, get ready because this may be the BEST Rose shoe yet. There is a Primeknit version coming, and serious amounts of colorways will be hitting the market soon, so if the white/white/black doesn’t appeal to you, just wait.

This shoe is innovation, in both design and technology, and people, it is a good thing. Get on board.