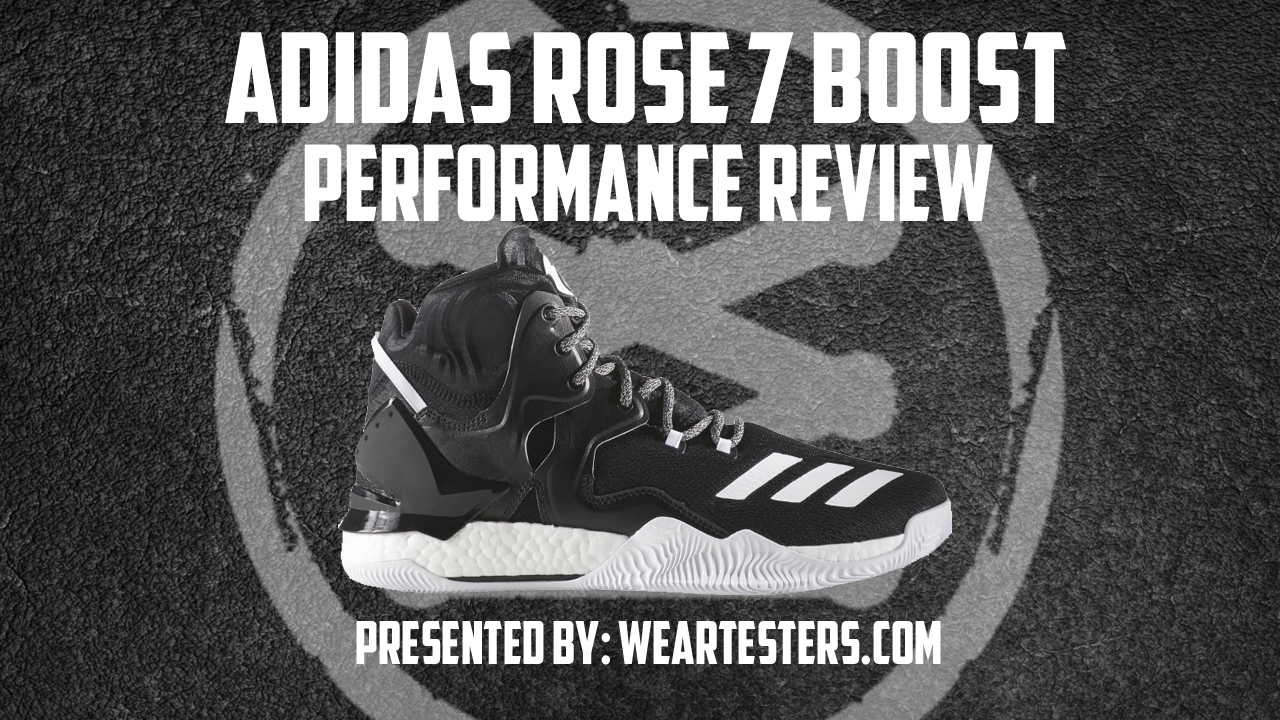 Back to back. That’s the way adidas has been bringing it with the hits. Why stop now? The Rose 7 is next so let’s go… 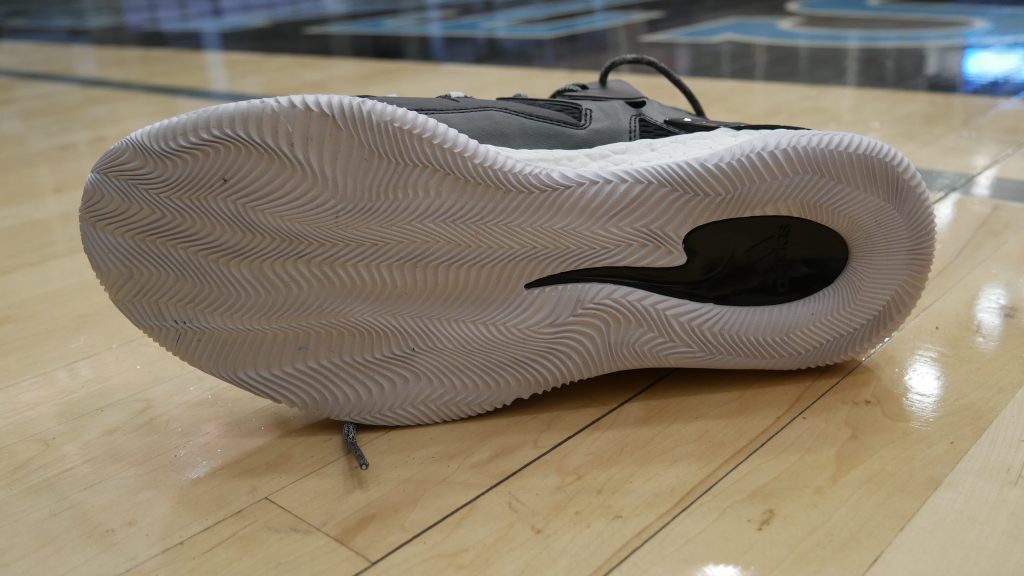 Traction – Beastly, beastly, beastly, BEASTLY! No matter how hard I stop and go, and laterally cut, I wasn’t going anywhere. Stop-on-a-dime! I didn’t even need to wipe the bottom of the shoe. Will the outsole last? Well, much better than last year’s D Rose 6, although it is probably best played indoors due to the soft rubber compound. If you have some chump change lying around and need a traction that works both outdoors and indoors then this would be the choice out of the all the products from adidas. 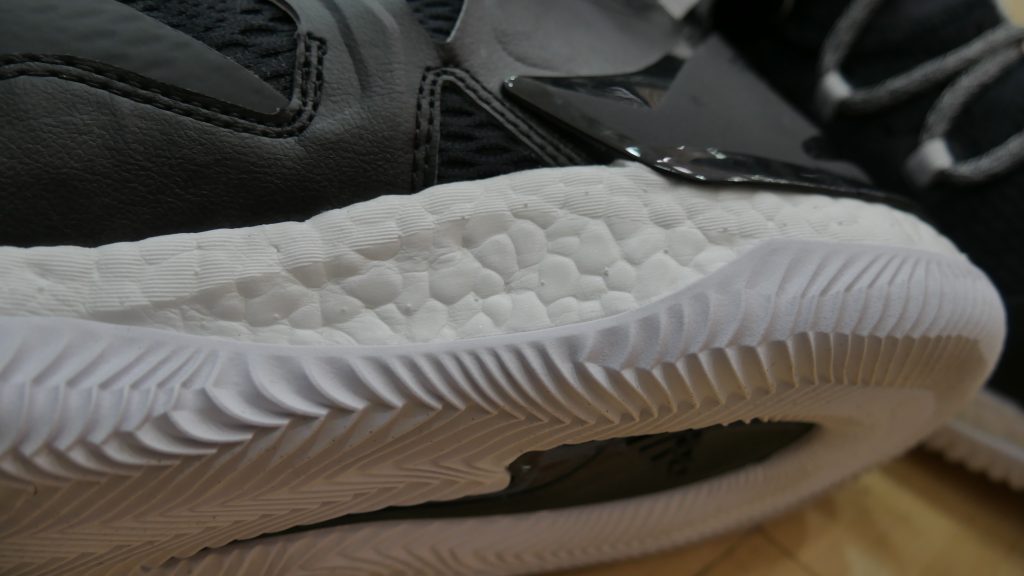 Cushion – Full length Boost. Just like what’s featured on the adidas Crazy Light Boost 2016, but the D Rose 7 would be its big brother. The Boost feels exactly the same on both shoes so you know the firm feel is along the forefoot. The heel was slightly bouncier, but not on an UltraBoost/PureBoost level like the adidas Crazy Explosive. The cushion works and does the job — just not my cup of tea for a big man game. 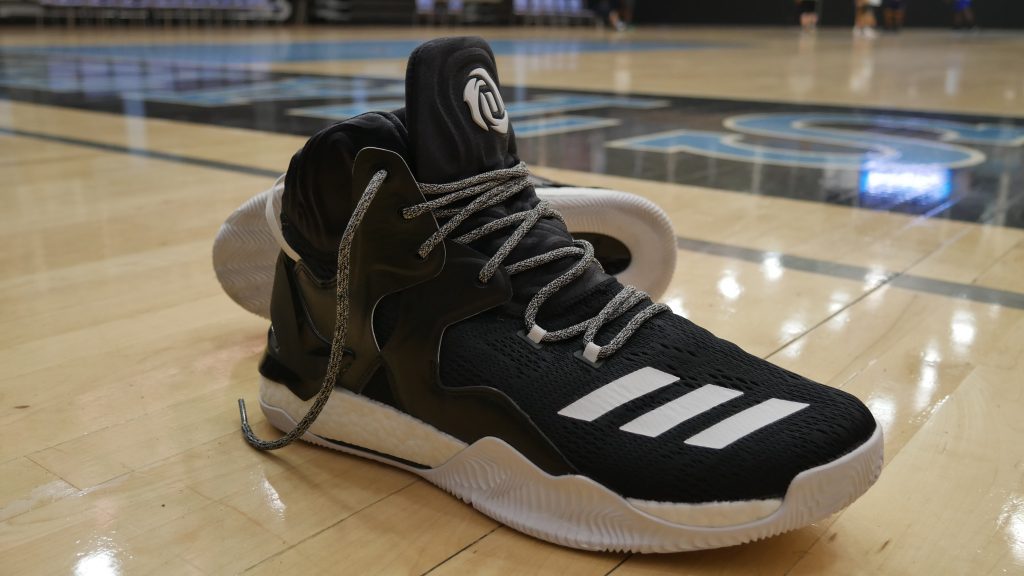 Materials – This pair features an engineered mesh along the upper backed by nylon. You also have synthetic leather across the ankle while the collar utilizes neoprene and padding. Fuse is apparent in high wear areas such as the drag area.

This engineered mesh upper was definitely rougher than what I’m used to, particularly when coming from a Kobe 9 model. Although it’s not bad, it’s also not great. What stands out in particular is the neoprene padding inside the shoe that offers no restriction. The shoe does feel slightly clunky, being that it’s like a big brother to the CLB2016.

I do wish it cut down the weight, felt more bouncy, and used real leather rather than synthetic along the lace wings — but that’s just my two cents. The materials combined together in this particular model work well and efficiently. 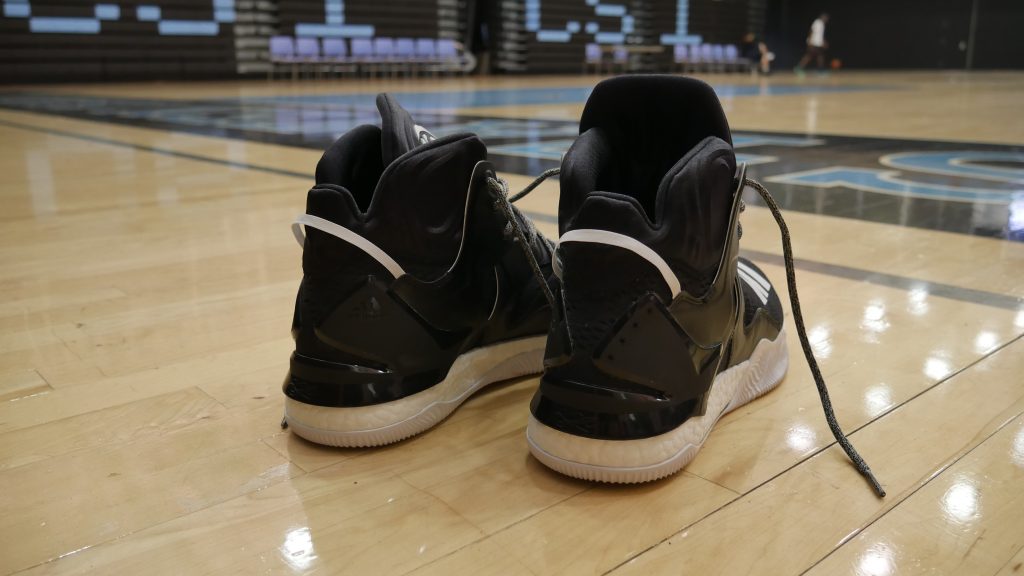 Fit – The adidas D Rose 7 fits true to size. TTS! Yes, adidas has been inconsistent with sizing and that’s something it truly has to work on. While slightly narrow along the forefoot, my slightly wide feet were able to manage and break in the materials backing the engineered mesh along the roll-cage. Lockdown is above average and there were no issues with transitioning from heel to forefoot and vice-versa along movement. My only gripe would be the lacing, which we’ll talk about next. 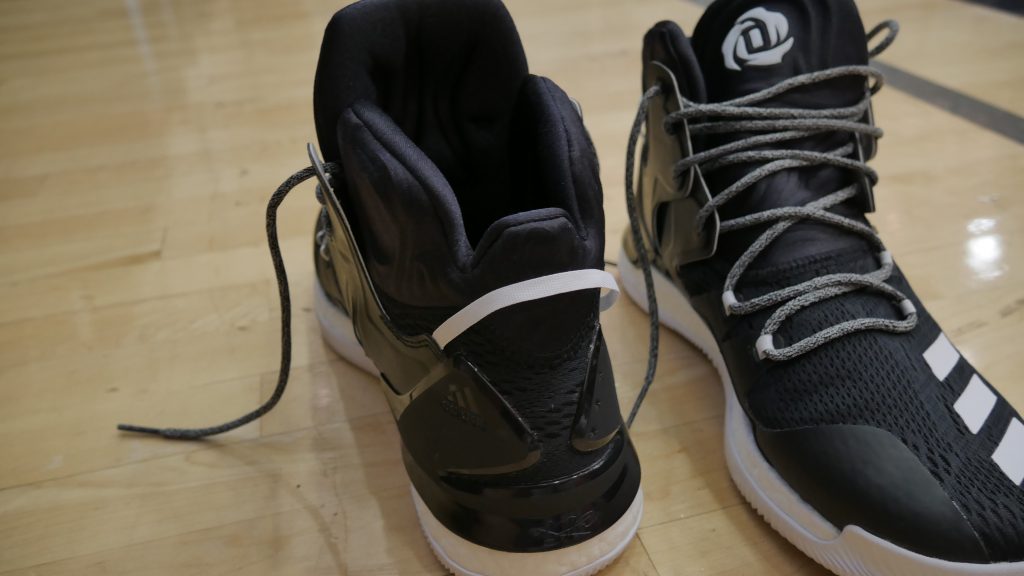 Support – Boost cushioning, Superior Traction, and decent support. Very well padded ankle collars are a plus, as well as the no-wipe traction and full-length Boost cushion that make this shoe ALMOST great, with one minor exception I had: my laces kept coming undone after every two to three plays, but it could be an issue with my particular pair. After logging more hours it stopped happening when I redid the whole lacing of the shoe from scratch. Don’t you just hate it when you have to stop every other play to re-lace? It kills the flow of your game.

Other than that gripe, the support is amazing. From the midfoot support to the cupped TPU shank plates that hold your heel, your feet are not going anywhere except for a smooth ride. The roll cage has been stellar with keeping the foot from rolling over from hard cuts, so stability has been key for these shoes. I honestly don’t think you can go wrong with the D Rose 7 at all. 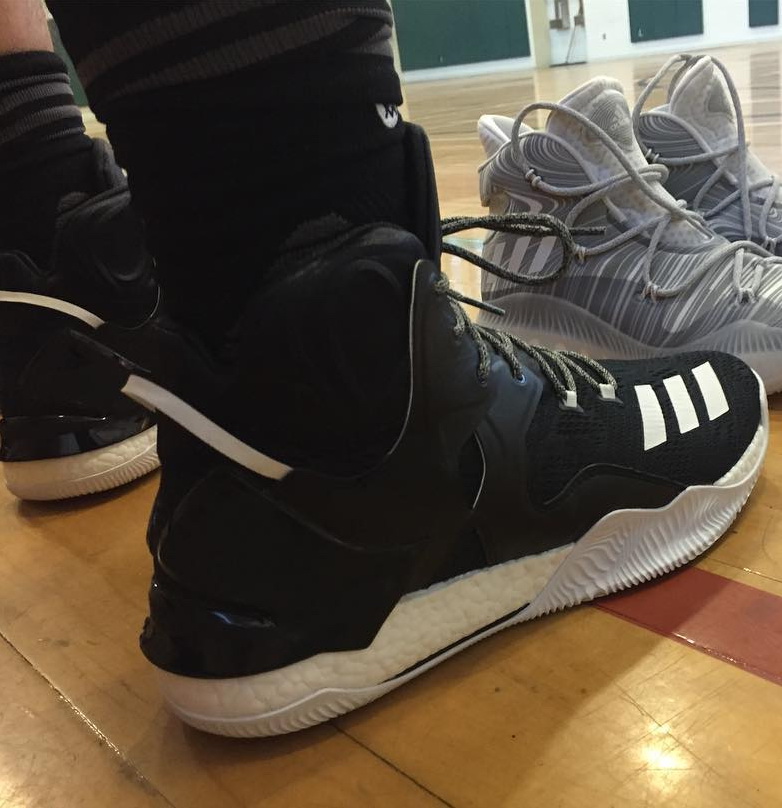 Overall – Man…if I told you adidas has been killing it so far this year, I mean it with an exclamation mark! The D Rose 7 has every component a serious ball player wants and needs. The traction, cushion, and support for those who play on the parameter and/or cut and slash. For a big man, if you play down low, the D Rose 7 might not be the shoe for you if you indeed need the extra plush feeling. For players who want the adequate feel and need that low to the ground feeling, then this one’s for you. And that BEASTLY traction. OhhhMuuuuuhhhGawddd! If adidas added the Continental rubber on these outsoles they’d probably put a tire grade on it and tell you to change it every 40,000 miles, that’s how good it was.

The higher cut D Rose 7 has upgraded traction and good materials for a non-premium price. We’re in awe and we can’t ask for much more (sure we can). We can’t wait until the D Rose 8. All in all, for the reasonable price point, you’re absolutely in for more than just a treat — it’s an absolute slam dunk! 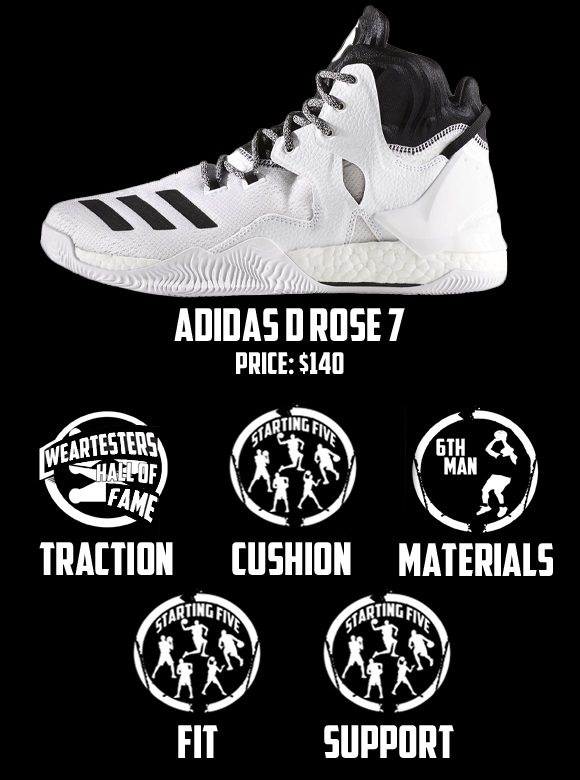