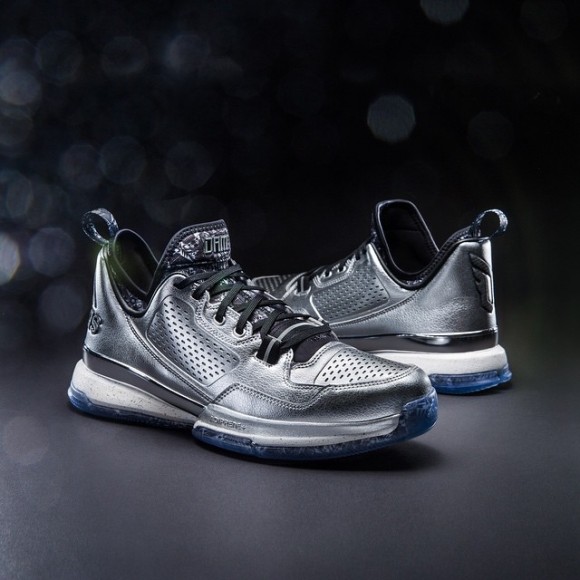 This specific colorway was made for the new AAU tournament called the adidas Gauntlet Series, which will make stops in Dallas, Indianapolis and Atlanta.  This is adidas’ response to Nike’s EYBL tournament, which also is a showcase for some player exclusive colorways. The three stripes has switched strategies recently, going away from the longtime NBA league-wide endorsement, while signing more pro players and attempting to reach younger kids and expose them to the brand early.

As for the sneakers, the D Lillard 1 features a metallic silver with touches of black throughout. The white midsole provides contrast, while the icy blue outsole adds more to the flashy hoop sneaker.

There’s no word on an official release, as these are likely to be a player exclusve for the Dallas stop of the Gauntlet Series. Let us know if you’d purchase this colorway in the comments, if they were to make it on retail shelves. 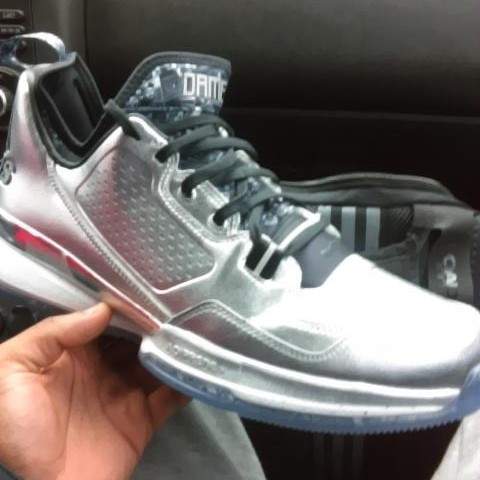