The adidas Crazy 8 Primeknit Has a Release Date

We had previously reported on a Primeknit build of the classic adidas Crazy 8 (or KB8) landing overseas with no Stateside release date. Now, a release date has been announced and it’s soon.

The original Crazy 8 ADV PK we had first seen sported a red Primeknit upper with red leather and a white midsole and outsole. This time around, it’s all black.

Called the “adidas Originals Crazy 8 ADV PK / Lusso” due to its inspiration from Italian fashion, the previously red Primeknit now comes in black with reflective pinstripe detailing. A leather heel counter and a marble print sockliner are also in place to add to the premium vibe of the sneaker.

adidas’ trefoil logo on the tongue remains, along with the Crazy 8’s iconic shape, and all of this sitting atop a white EVA midsole and a white translucent outsole. In terms of performance, it wouldn’t be crazy to take these on court, with the herringbone traction pattern, but the thickness of the Primeknit will dictate whether it’s supportive enough.

In case you were wondering, you can check out Nightwing2303’s adidas Crazy 8 performance review.

What do you think of the new build? Is it only a matter of time before adidas puts Boost in the midsole? Let us know in the comment section below. 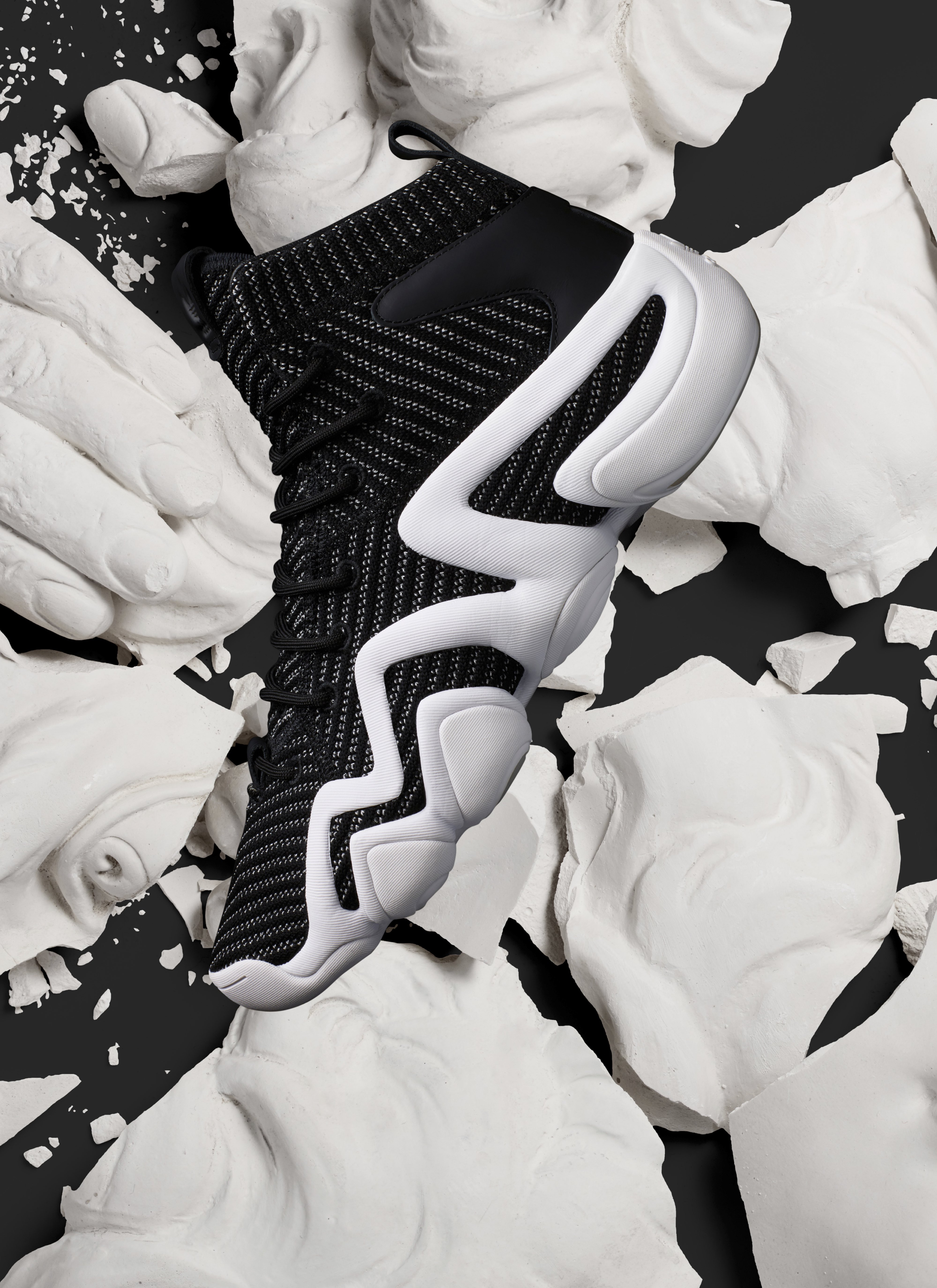 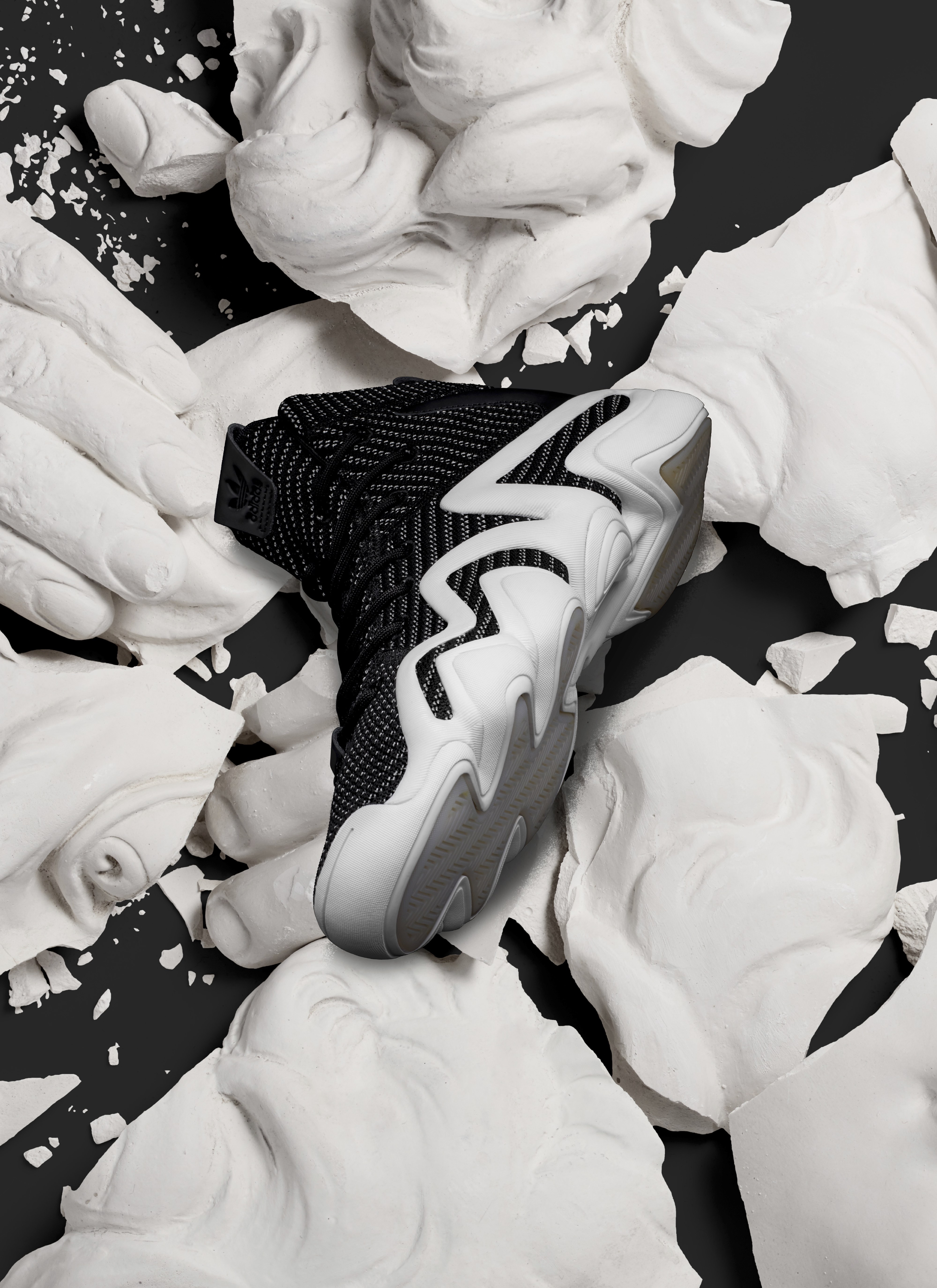 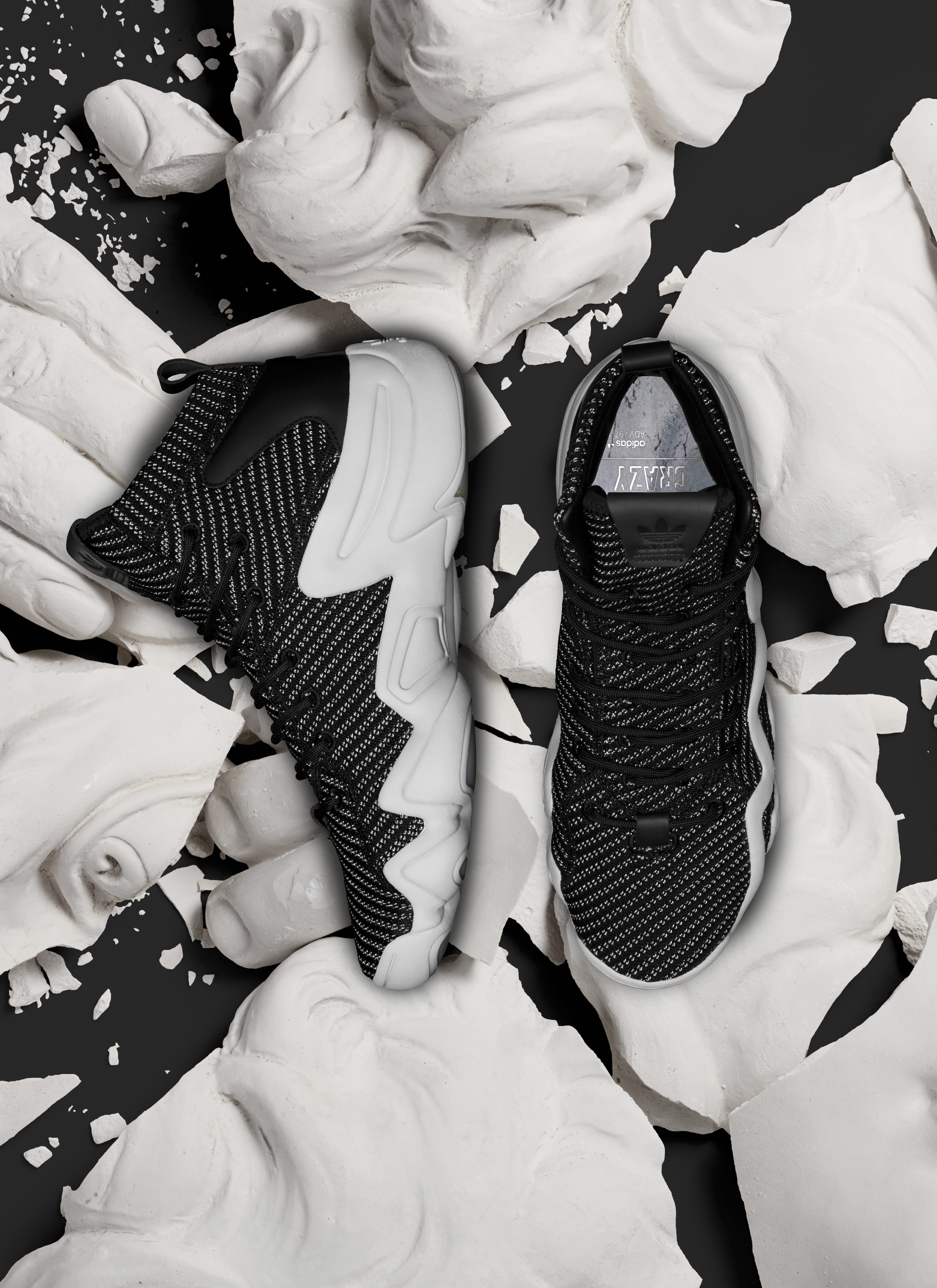 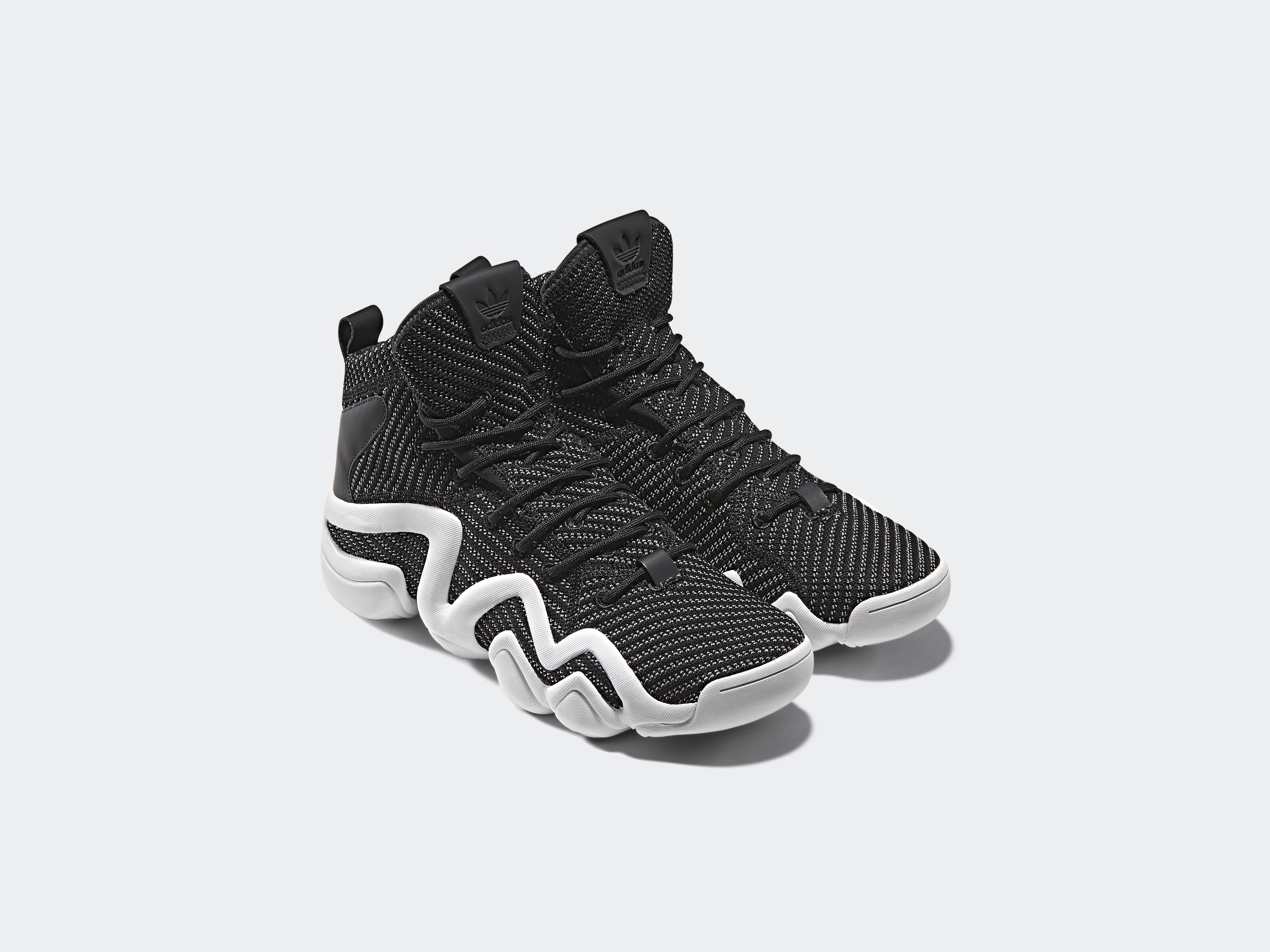 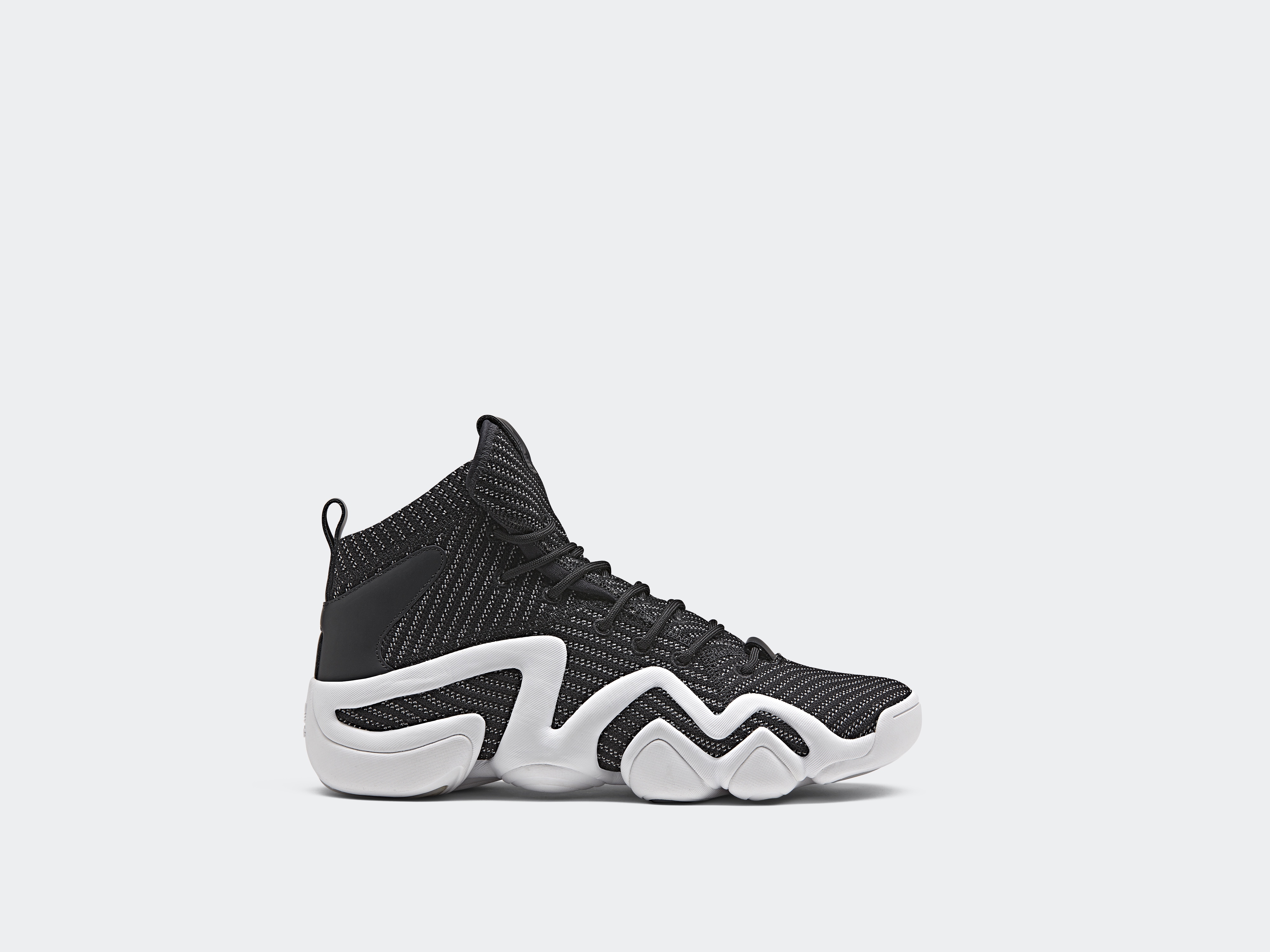