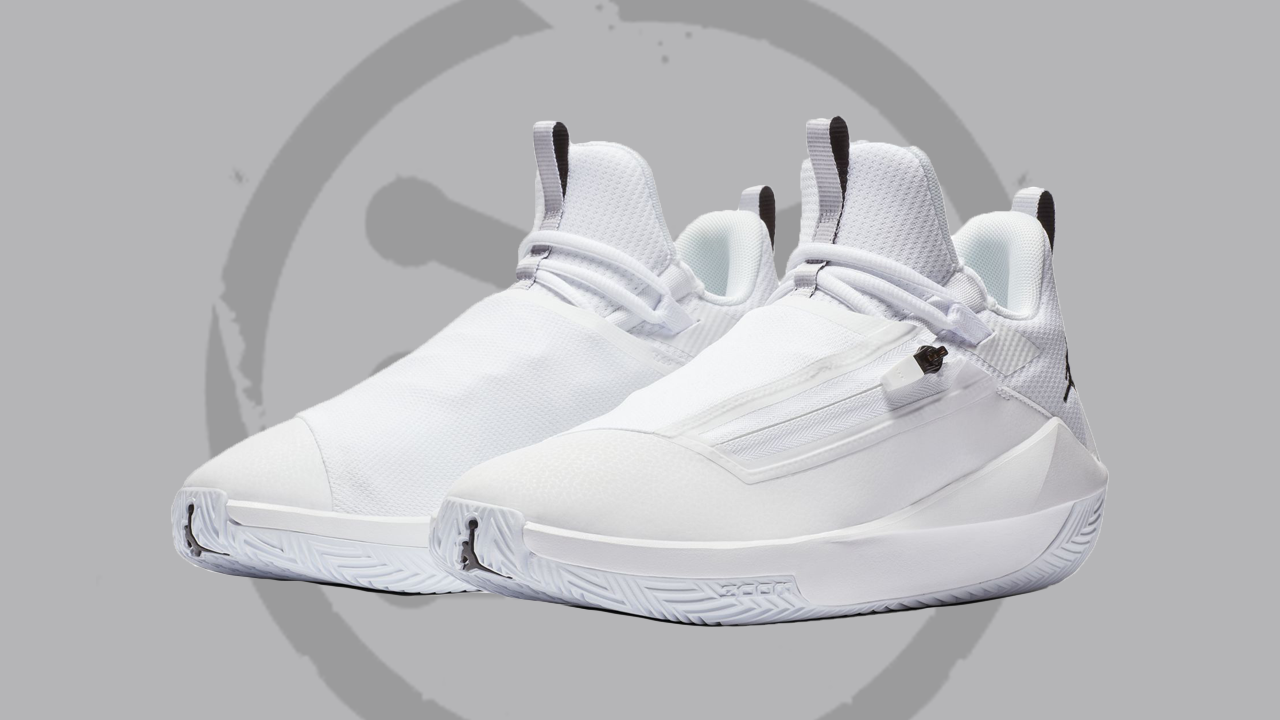 The Jordan Jumpman Hustle is about to get a very clean colorway.

The Jordan Jumpman Hustle released to little-to-no fanfare this year and delightfully surprised the WearTesters staff. With solid performance all-around and the fact that it won’t break your wallet, it was a great alternative to other, more expensive signature sneakers.

A few months ago, WearTesters reported on several Jumpman Hustle colorways that were set to release. One of them happened to be an all-white colorway with a translucent outsole. This iteration is almost exactly the same except the outsole is now solid rubber.

That should improve the traction, all while keeping the solid cushion setup it had that featured a lightweight Phylon midsole with a forefoot Zoom Air unit. Check out Nightwing2303 and Stanley T.’s performance review on the Jordan Jumpman Hustle for more information.

Although there has been no confirmed release date for the Jordan Jumpman Hustle ‘Triple White’, you can expect them to drop for $110. As always, keep it locked to WearTesters for any updates.

What are your thoughts on the triple white Jordan Jumpman Hustle? Have you played in a pair and if so, what do you think? Sound off in the comment section below. 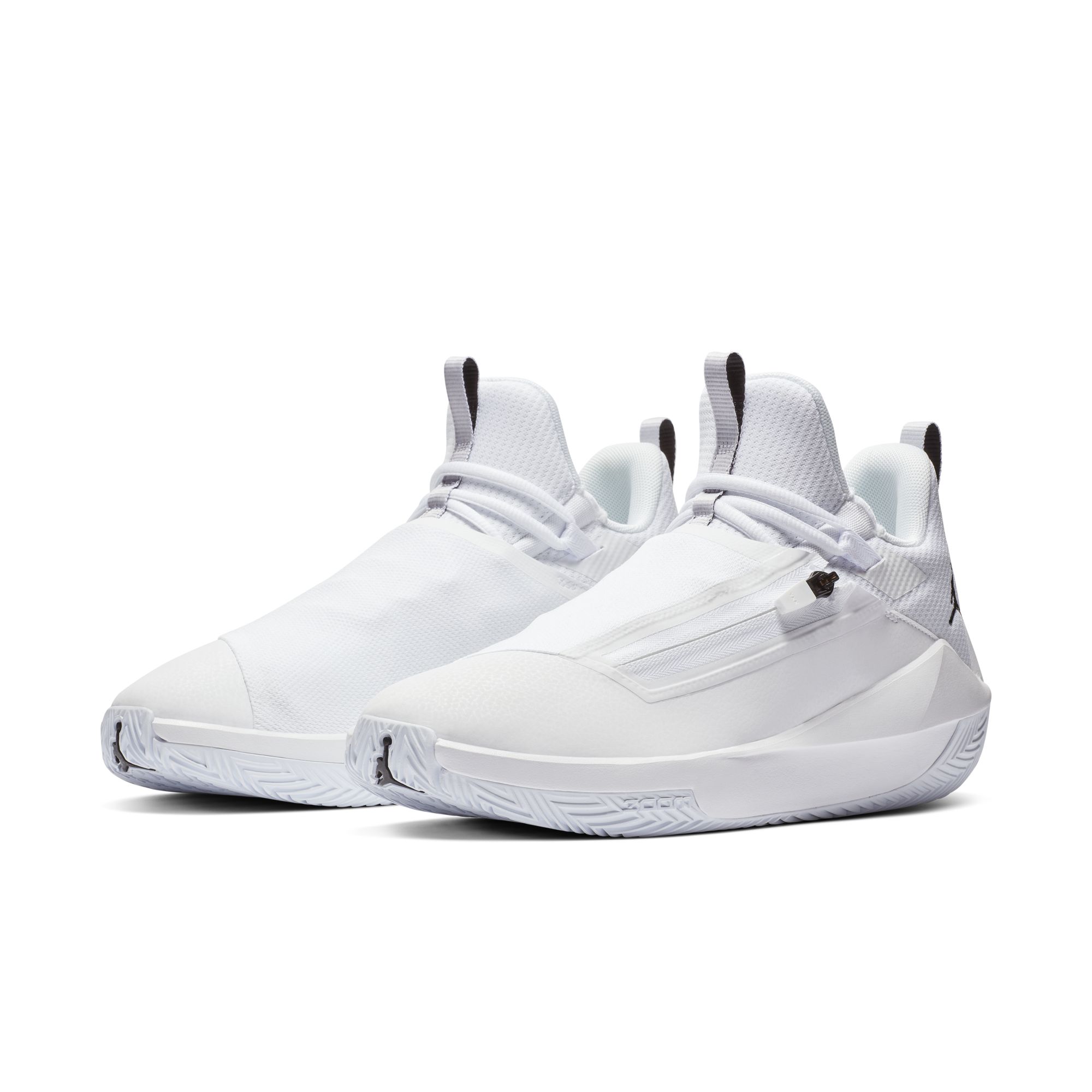 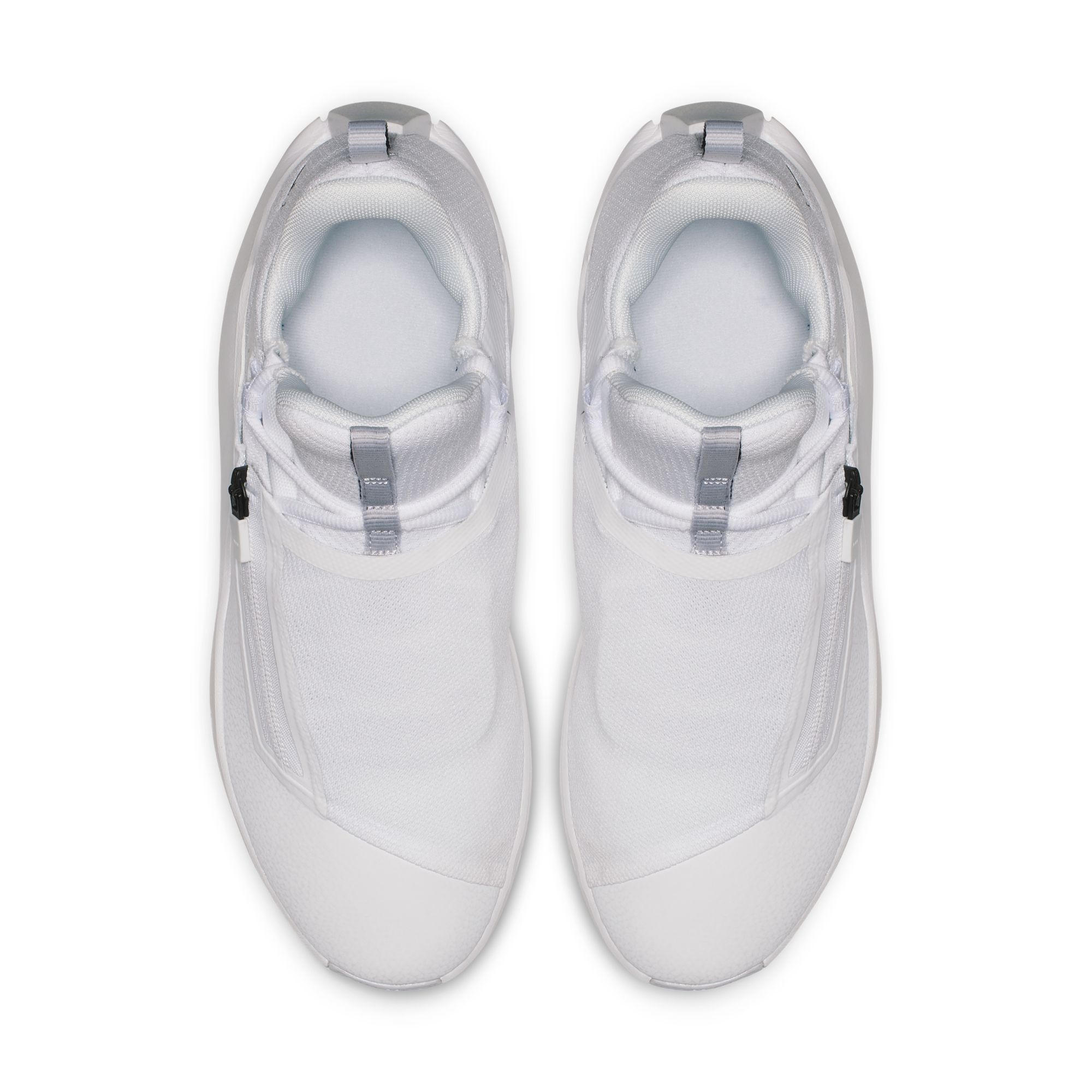 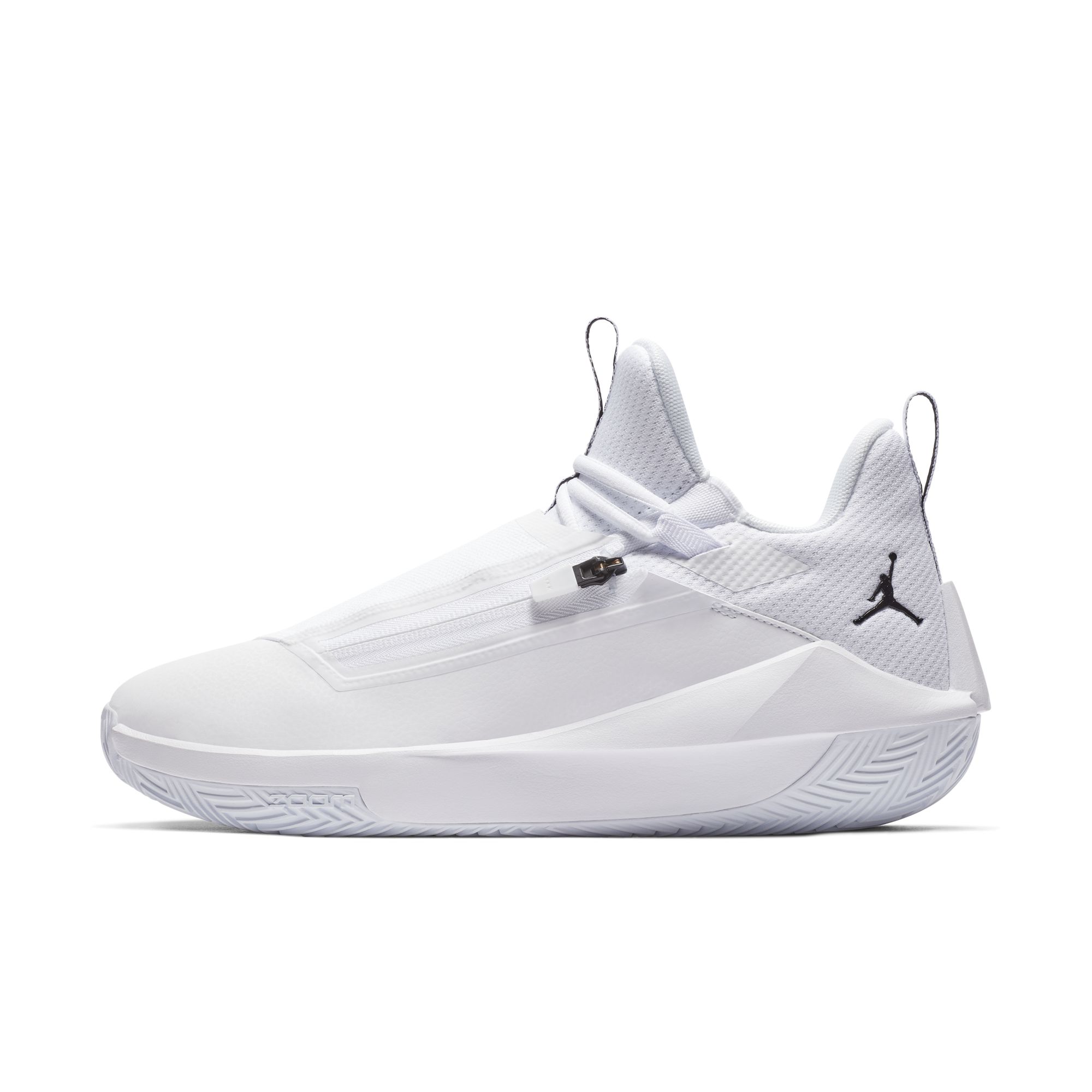