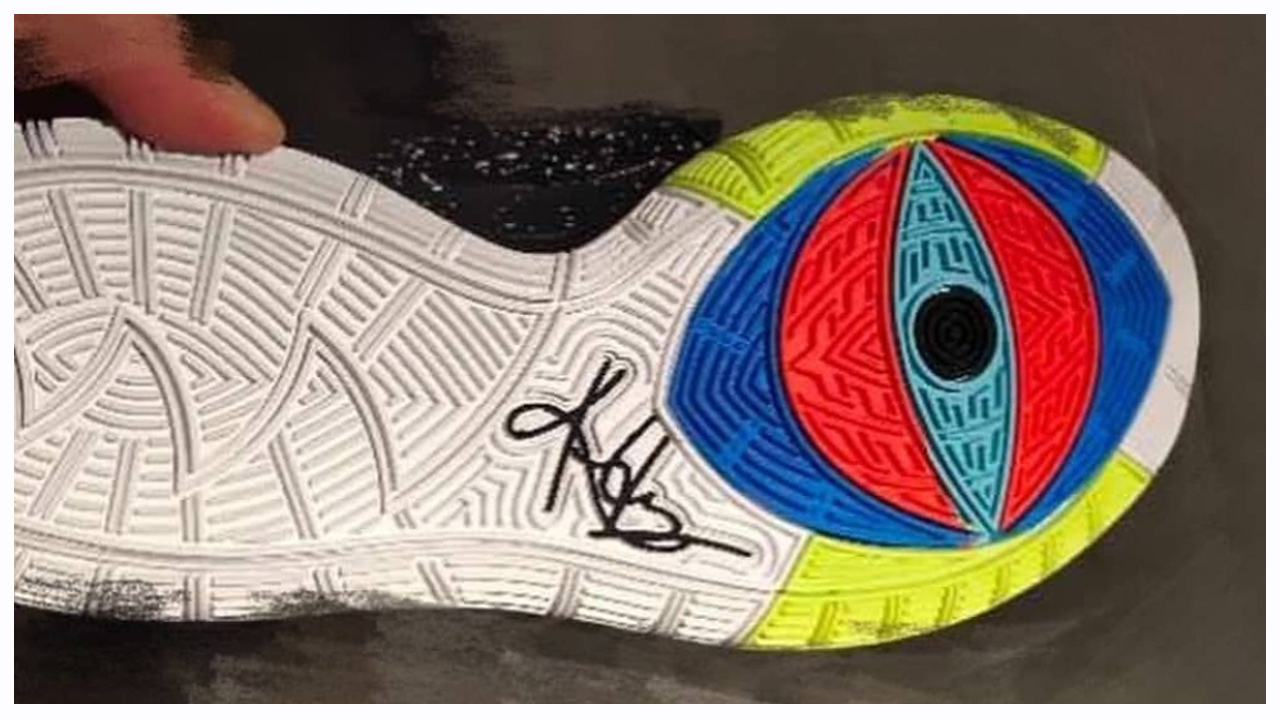 The Nike Kyrie 5 has been a solid on-court throughout 2019 and if these leaked images are to be believed, then the upcoming Nike Kyrie 6 could be very similar in performance.

While nothing official is known, the shoe seen below does look like it could be a Kyrie model as it features similar design cues from past models while adding a bit of new flavor into the mix. The Hamsa Hand tattoo played a big part in the Kyrie 5’s design and it looks like it has carried its way onto the Kyrie 6.

Traction also looks similar which has us hoping that the Nike Zoom Turbo makes another appearance as well.

As of now, there is no word on when the Nike Kyrie 6 will be unveiled or released, but if this ends up being a first look at Kyrie’s 6th signature shoe, then feel free to share your early thoughts below. 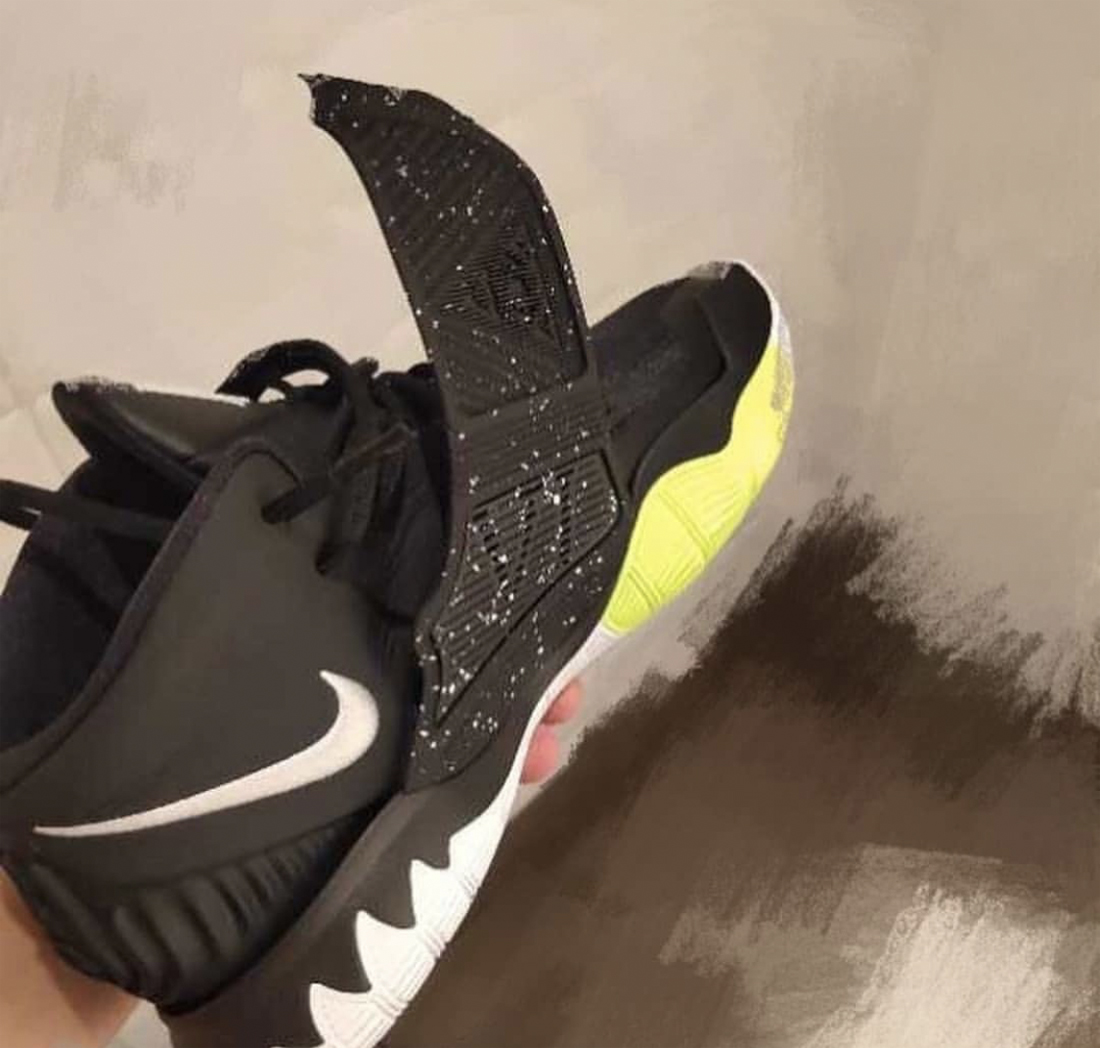 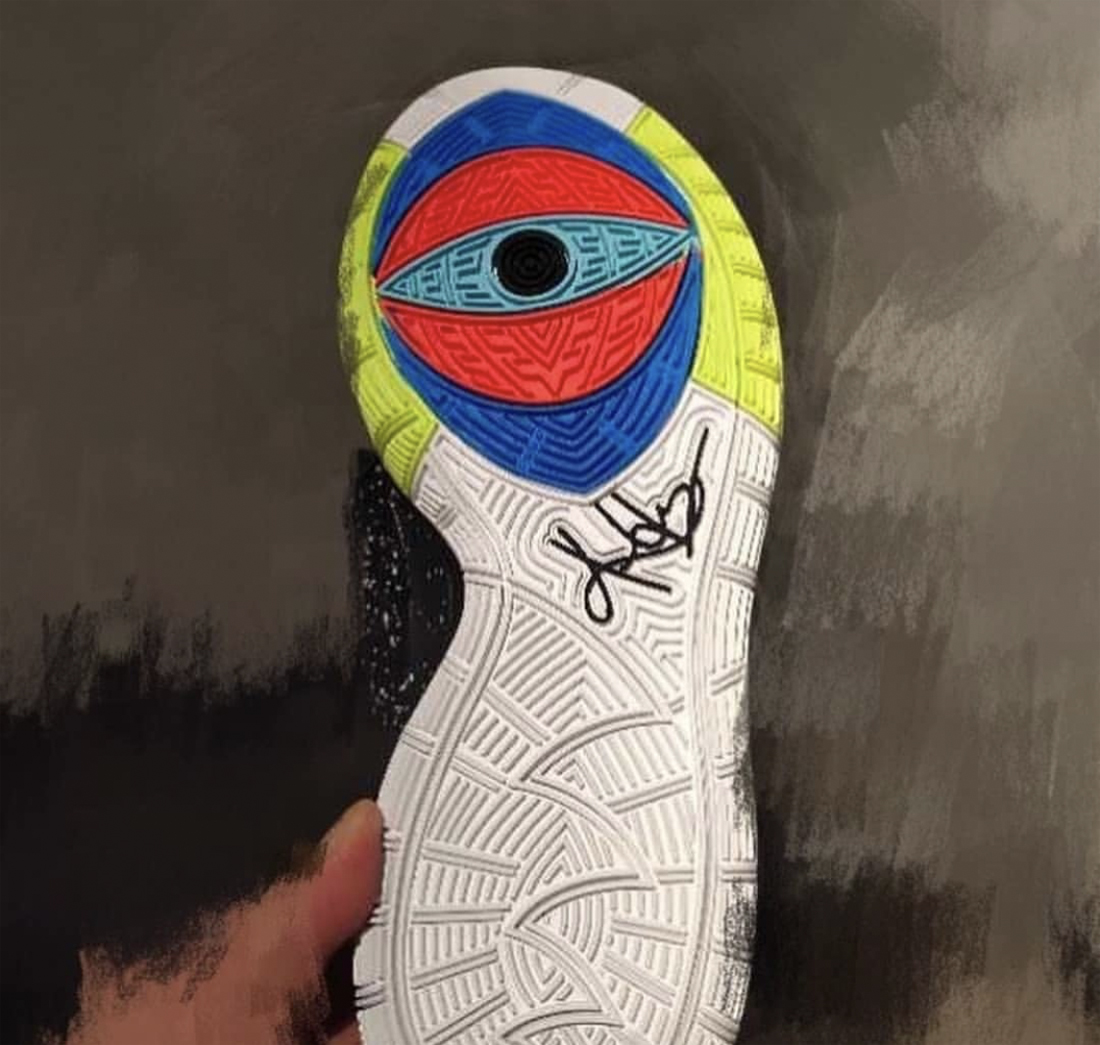