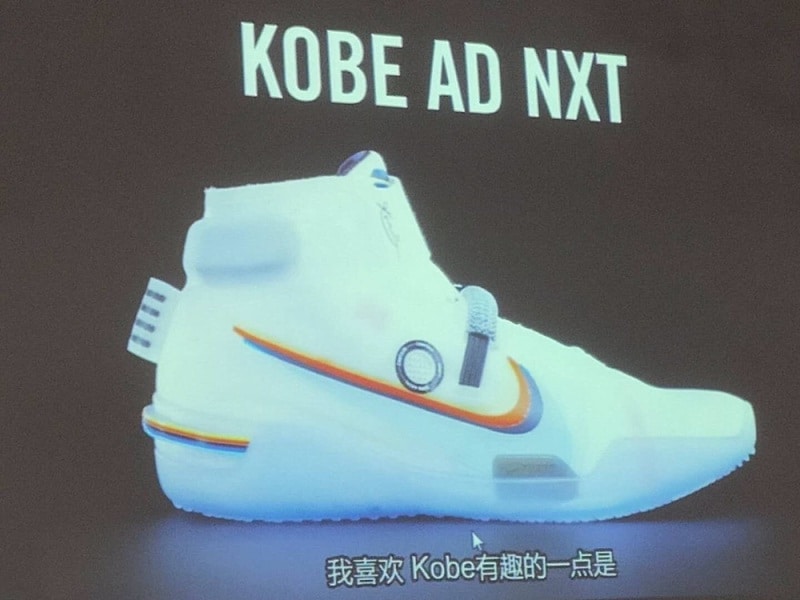 We may have our first look at the next model in Kobe Bryant’s flagship line with Nike.

While there were rumors of the Kobe signature line going the auto-lacing route soon, it appears that the FastFit system is actually the next step in the line’s evolution.

Returning to a high cut, this new Kobe uses the same type of pull-tab/eject lockdown system as the Air Jordan 33 and 33 SE and adds what appears to be a Velcro ankle strap for some added restriction. Some may believe the materials to be comprised of 360 Flyknit, but the truth is it could very well be the same type of mesh recently used on the Converse All Star Pro BB, or something else entirely. These initial image leaks are just not a good enough quality to determine for sure.

There also appears to be a translucent rubber cupsole that falls in line with previous Kobe models. The implementation and history of the line suggest there will be a drop-in midsole of some sort. However, that would be a pretty interesting choice considering the FastFit system in place. Other notable elements include Kobe branding at the tongue, some hefty pillowing around the ankle and a back heel tag similar to what we have gotten on the Nike KD 12.

There is speculation the next Kobe model will arrive later this summer, so stay tuned for updates once any official release information becomes available. In the meantime, what do you think about this new leaked model and what features are you most looking forward to in the next Nike Kobe signature? Be sure to leave a comment below.