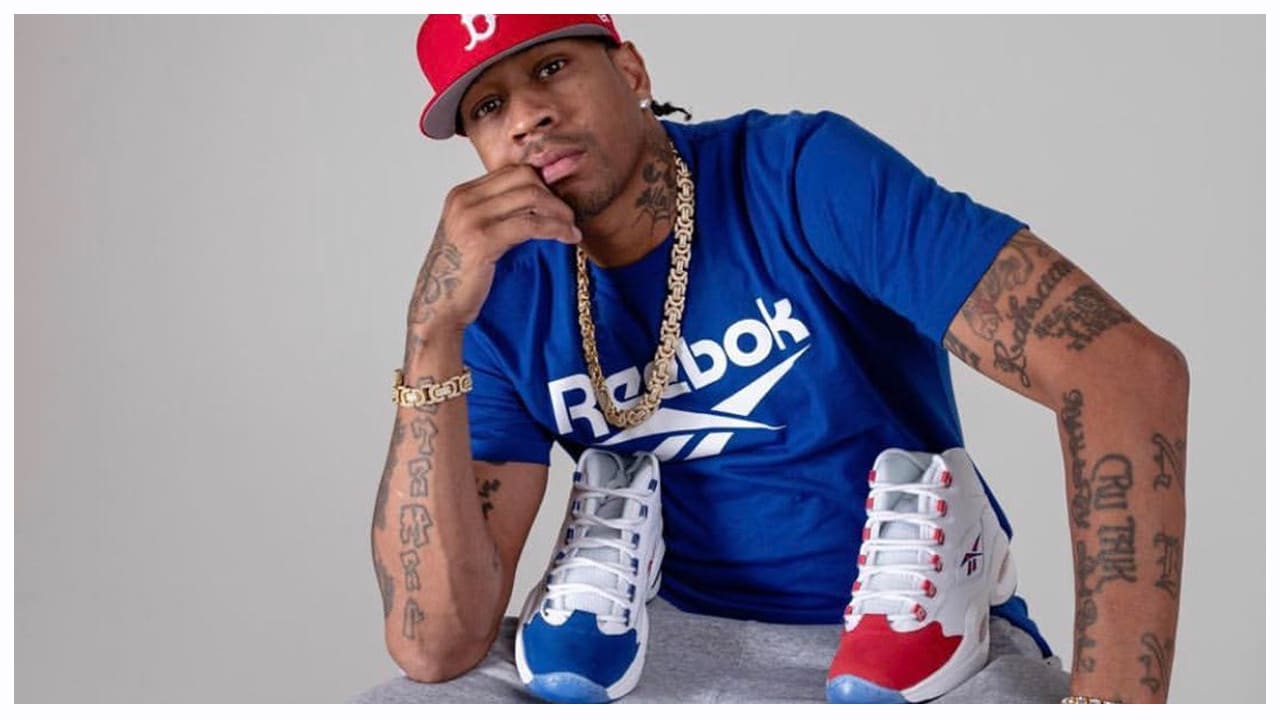 With the current popularity of “What The?” and mismatching sneakers, Reebok looks to release a new look to the Reebok Question Mid.

The pair presumably pays homage to Allen Iverson’s Rookie season while wearing his first signature sneaker. He was known to alternate between the “Red Toe” and “Blue Toe” versions. Some featured a pearlized leather finish while others had a felt/suede/nubuck finish.

Both sides of the pair are very close to what Iverson wore on-court with classic Philadelphia 76ers colors — including the colored bordered added to the Reebok Vector logo.

Retail price is listed at $150 for Men’s and $100 for kids sizes. The Reebok Question ‘Double Cross’ is scheduled to release in limited quantities on October 11 in-store at select retailers. It will then be available worldwide on October 23 at Reebok.com, Foot Locker, and Eastbay.

Big thank you to WearTesters reader @PMJC_07 for the heads up!