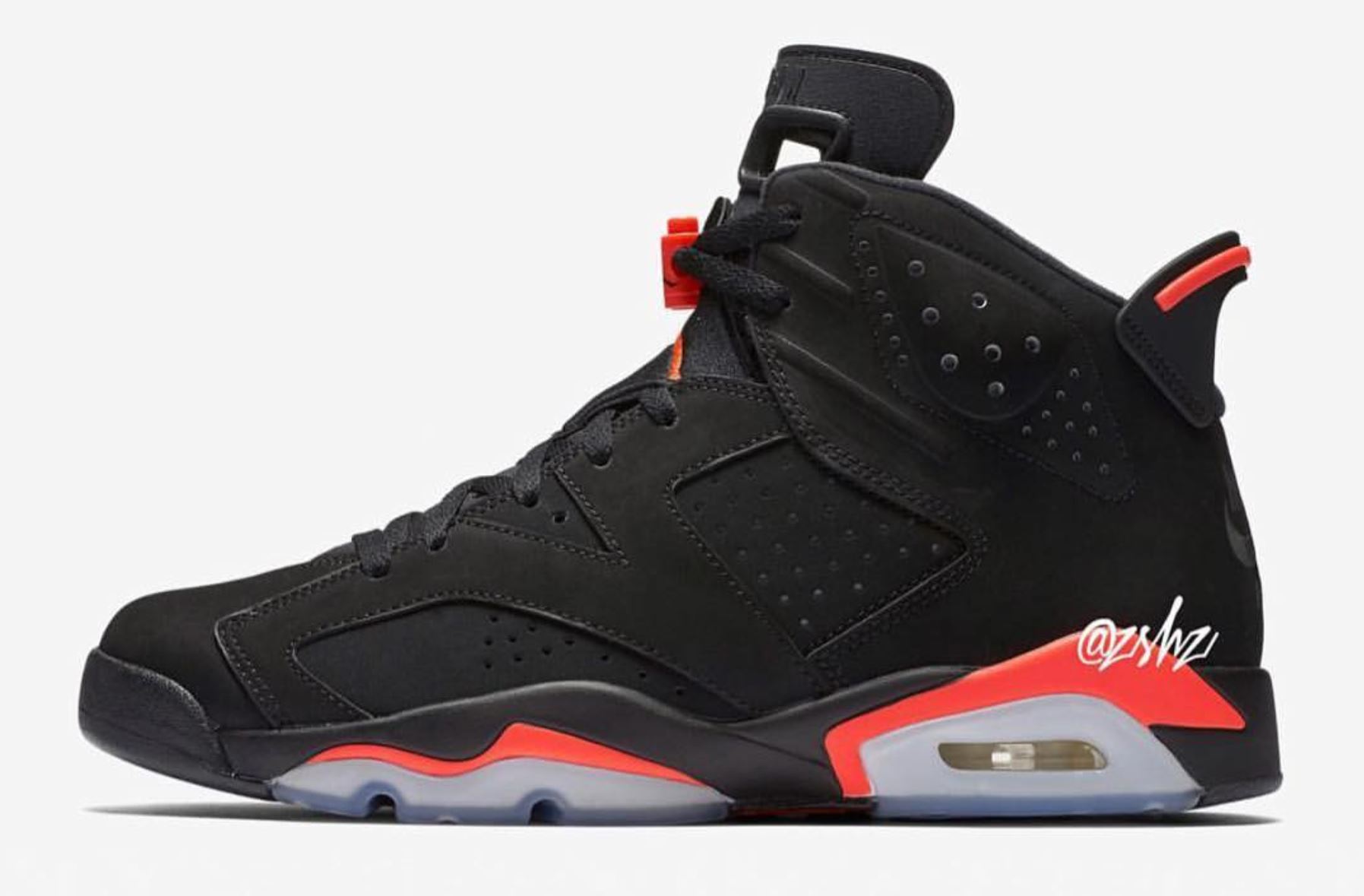 The Air Jordan 6 ‘Black Infrared’ will see its next retro release in 2019 and fans of the OG should be pleased that it will sport the iconic Nike Air branding.

What better way to ring in 2019 All-Star Weekend in Charlotte, the hometown of Michael Jordan’s Hornets, than with an iconic Air Jordan release? The Air Jordan 6 ‘Black Infrared’ is remembered as being the shoe fans all over the world watched MJ perform mid-air acrobatics and switcheroo layups in.

Last released in 2014, the shoe will once again celebrate Michael Jordan’s first championship — this time, for a new generation of sneaker enthusiasts. Nike Air branding was last seen on this shoe in 2000.

According to leaker @zsneakerheadz, the 2019 Air Jordan 6 ‘Black Infrared’ will release on February 16 for $200. That date could change and we’ll update you if it does. It should also be stated that the images here are simply mock-ups of what the shoe may look like and not official images.