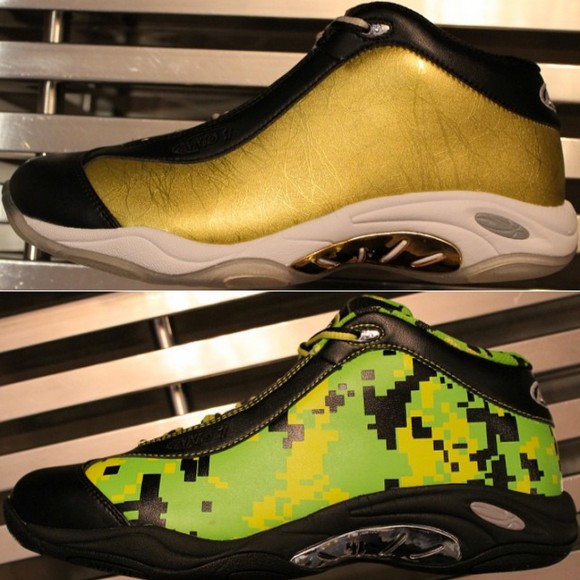 The Interwebs got a look at a couple 2015 And1 Tai Chi colorways. One is an awesome black and gold build, a bit similar to the Air Jordan Future ‘Gold Coin’, seen earlier this year. This And1 Tai Chi colorway features a clear outsole, the usual chrome hit on the arch torsional support, and the grey basketball on the midsole near the heel. Of course, you get the two-tone laces on these.

The second colorway is a digital camo build featuring yellow and bright green. The black midsole compliments the black nubuck half of the shoe. The upper of this colorway features contrast stitching and this Tai Chi gets the usual chrome hit on the arch, grey basketball branding hit near the heel, and embroidered And1 branding on the heel.

Thoughts on these 2015 And1 Tai Chi colorways? Will you pick either of them up when they drop in February of next year? Let us know in the comments below.