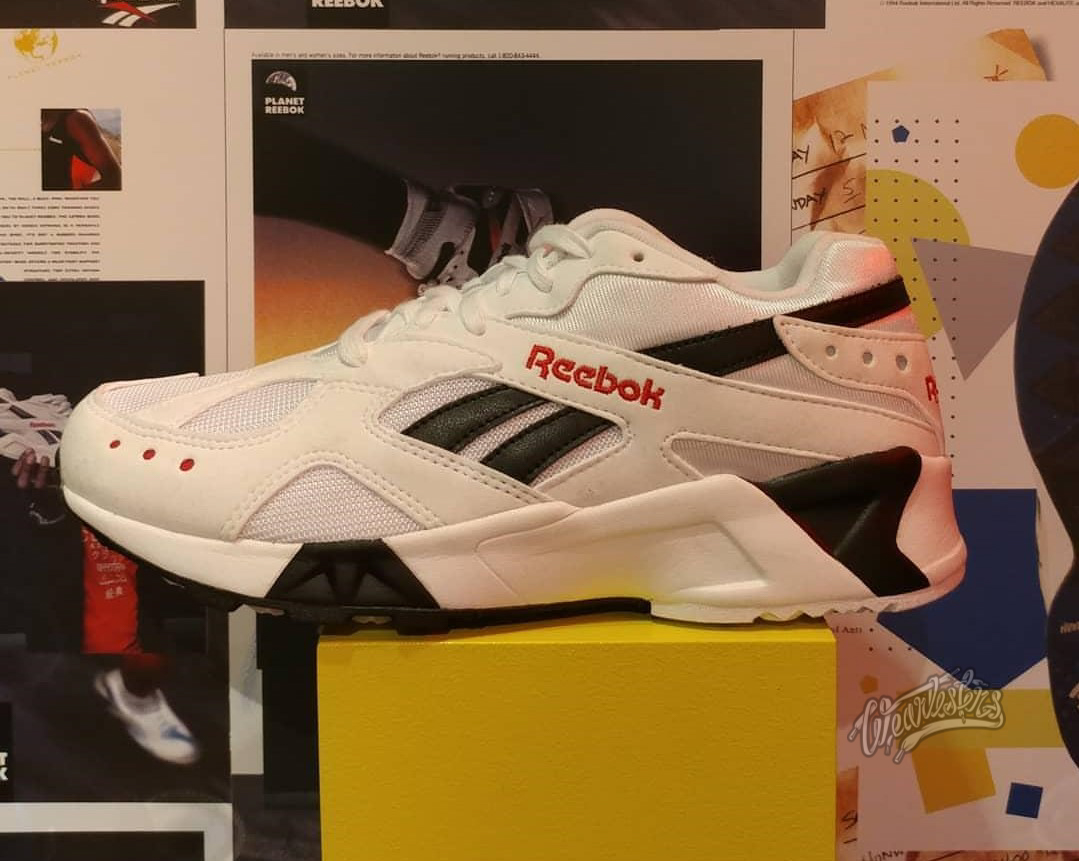 In 1993, the Reebok Aztrek was introduced as an off-road runner. Now, after a 25-year hiatus, the shoe is back for a new generation.

Reebok fans worldwide have been waiting on a retro of this shoe for years, and now, it’s nearly here. Unveiled at Reebok’s FW18 Press Preview yesterday, the 2018 Reebok Aztrek is identical to its original — down to the perforations at the toe and heel — and another reason why the Vector brand may be one of the best when it comes to heritage product.

When the Aztrek first released, Reebok was in fierce competition with Nike to be number one in the footwear industry. Then, Nike was reacting to everything Reebok was doing — just ask Tinker Hatfield, who spoke about it in an interview with OSD. The Aztrek was also one of the first Reebok shoes to feature Hexalite cushioning, a shock absorption technology that was the Vector’s answer to Nike Air.

The Aztrek, now completely on-trend in a footwear landscape full of new-agey sneakers trying to be ’90s dad shoes, will be a franchise product for the Vector brand; it will see nearly a dozen colorways when it arrives, so expect subtle ’90s OG vibes as well as striking new builds for 2018.

Let us know if you’ll be celebrating the 25th anniversary of this classic when it finally drops.