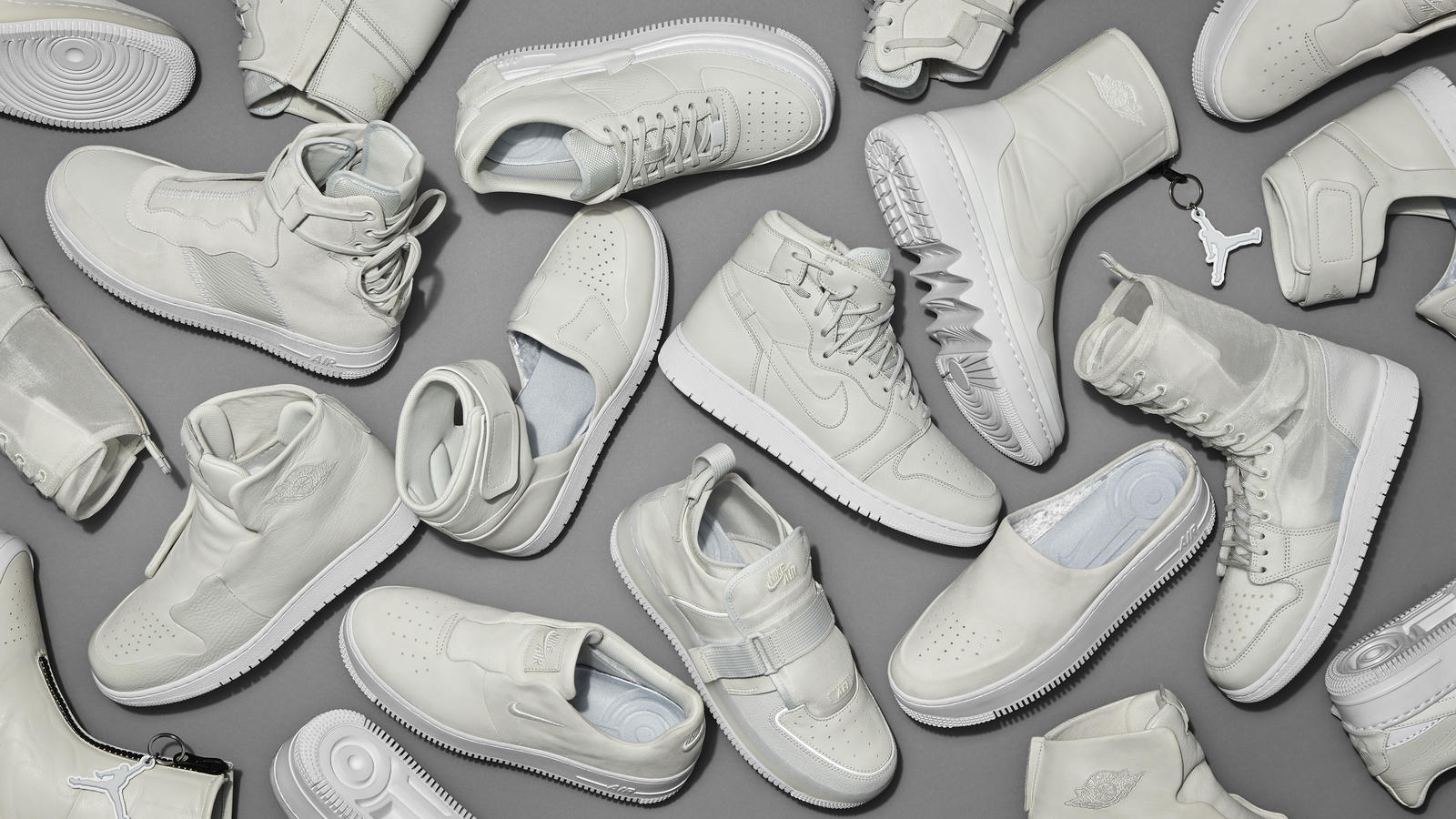 The team of 14 internal Nike designers, picked by Nike’s Footwear Director Andy Caine and lead by Georgina James, brought together color specialists, material specialists, and footwear designers from a variety of backgrounds.

The team had two weeks from initial brief to final design, beginning with the short brief of “Make some cool s**t”. James notes that the team started by meeting in one of Nike World Headquarter’s integrative design spaces, Blue Ribbon Studios. There, the team spent a week brainstorming ideas and getting to know each other.

The team eventually settled on five archetypes that would later be transformed into a design on both the Air Jordan 1 and Air Force 1: explorer, lover, sage, rebel, and jester. Following the brainstorm process, the team headed to London and in four days produced ten pairs of shoes that fell into the five archetypes.

“The biggest challenge actually was trying to get the 10 shoes to have their own personality but still connect,” said James in a statement. 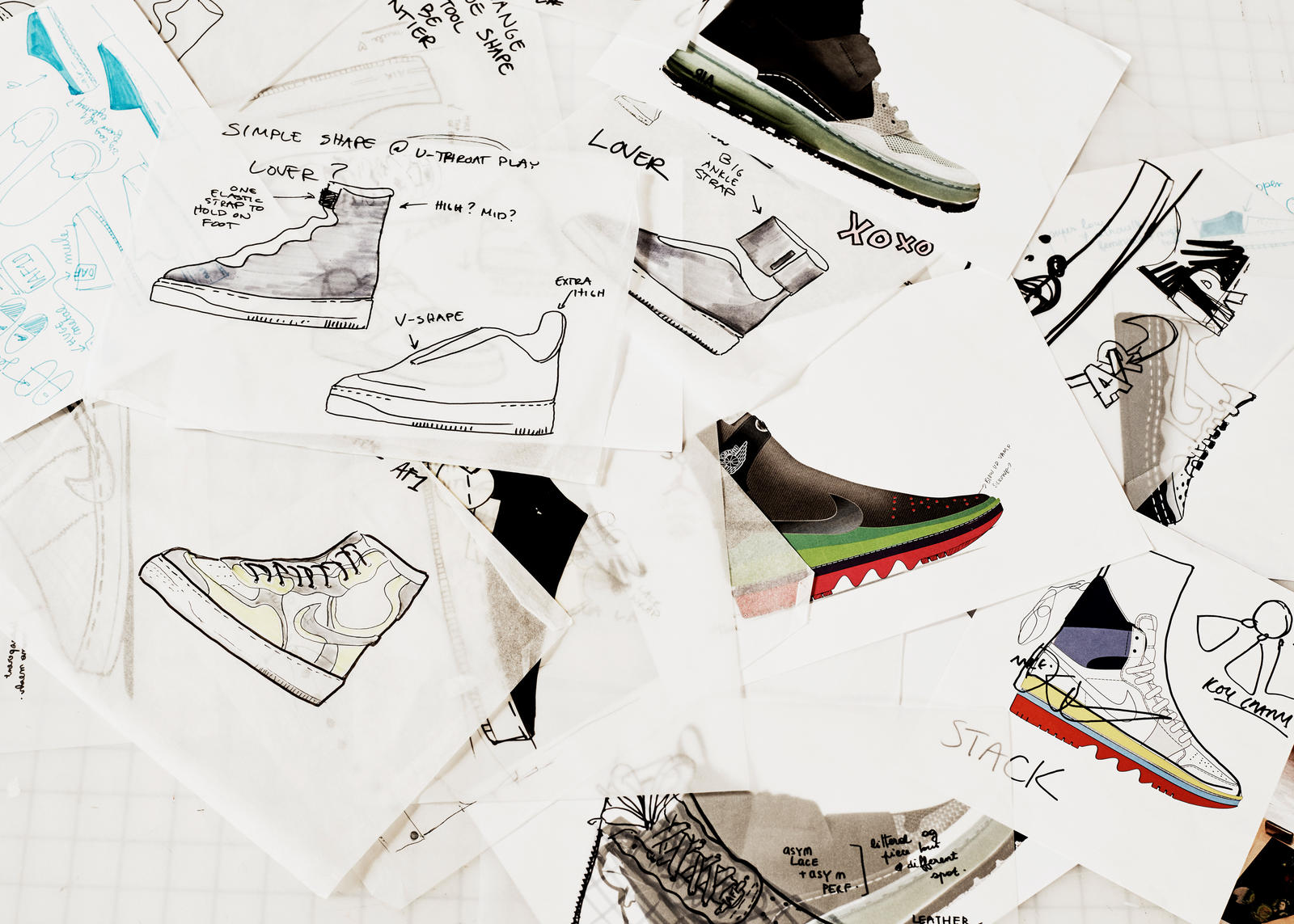 The redesigned Air Force 1 builds set the bar for new elements incorporated into the design of this classic: the tallest stack height for an AF1 at 12mm for the AF1 Lover XX and AF1 Sage XX, the first AF1 Mule for the AF1 Lover XX, and a progressive front-to-back construction with a corset lacing system in the AF1 Rebel XX.

Perhaps the most drastic design elements come from those incorporated in the redesigned Air Jordan 1s — ruched heels for adjustable heights, velvet linings, a zipper on the medial side of the shoe, and the lone color in the red Wings logo. These Air Jordan 1 rebuilds embody all five archetypes for this project in simplistic but well thought-out designs.

The 1 Reimagined collection drops on Nike SNKRS on February 7.

Let us know which is your favorite piece of The 1 Reimagined project. If you would buy these kicks, sound off in the comments below.